A Kubrick masterpiece. This classic tale of Alex Delarge (Malcolm McDowell), the leader of his villainous droog who is “cured” by the government, presents a Kantian ethical dilemma relating to freely choosing to be moral.

According to Kant, one’s actions can only be considered good and moral if one chooses enters into them freely and fully. Alex is brainwashed by the government and soon becomes ill at the thought of his previous vices. However, the government soon admits its errors and Alex ultimately relapses into a villain, which illustrates his true nature the whole time.

One cannot universalize the actions of the government because it would create false good and result in the taking away of choice. The good deeds performed because of the government’s actions would not be based upon the intent of the individual, but rather based on some forced coding.

After all, the film shows that Alex would have chosen to engage in his previous activities if not for the government’s treatment. This film not only presents questions relating to Kant but also to the idea of free will. As Alex says sardonically at the end in a chilling voice, “I was cured alright!”

Kubrick’s underrated and underseen last film is also one of his strangest and most philosophical films (and that’s saying something). The film tells the story of Bill (Tom Cruise), a doctor who, upon discovering his wife’s (Nicole Kidman) unspoken sexual desires and possible infidelity, embarks on a journey to explore his own repressed desires.

Once Bill hears that his wife may only have remained faithful due to the fact that she had not been presented with the opportunity to cheat, he questions the marriage on a whole and the reasons behind his fidelity. As a doctor, he has been privy to women in very vulnerable positions. Bill claims he was never tempted, he was simply doing his job. Here, Bill’s duty to treat / heal his patients triumphs over his desires. This lines up with Kantian thinking.

Moreover, Bill and Alice question their own actions and the intent behind them. By the end of the film, after Bill has discovered a secret society where no sexual act (no matter how depraved) is permitted, he finds that marriage or love may not be able to triumph over desires and he questions the rationale behind his fidelity.

This film is interesting because it poses questions relating to desires that we don’t act on, and contrasts them with the consequences of those actions. Bill’s eyes must not remain shut to the world around him as he has now seen the reality that his life is based on a number of misconceptions. 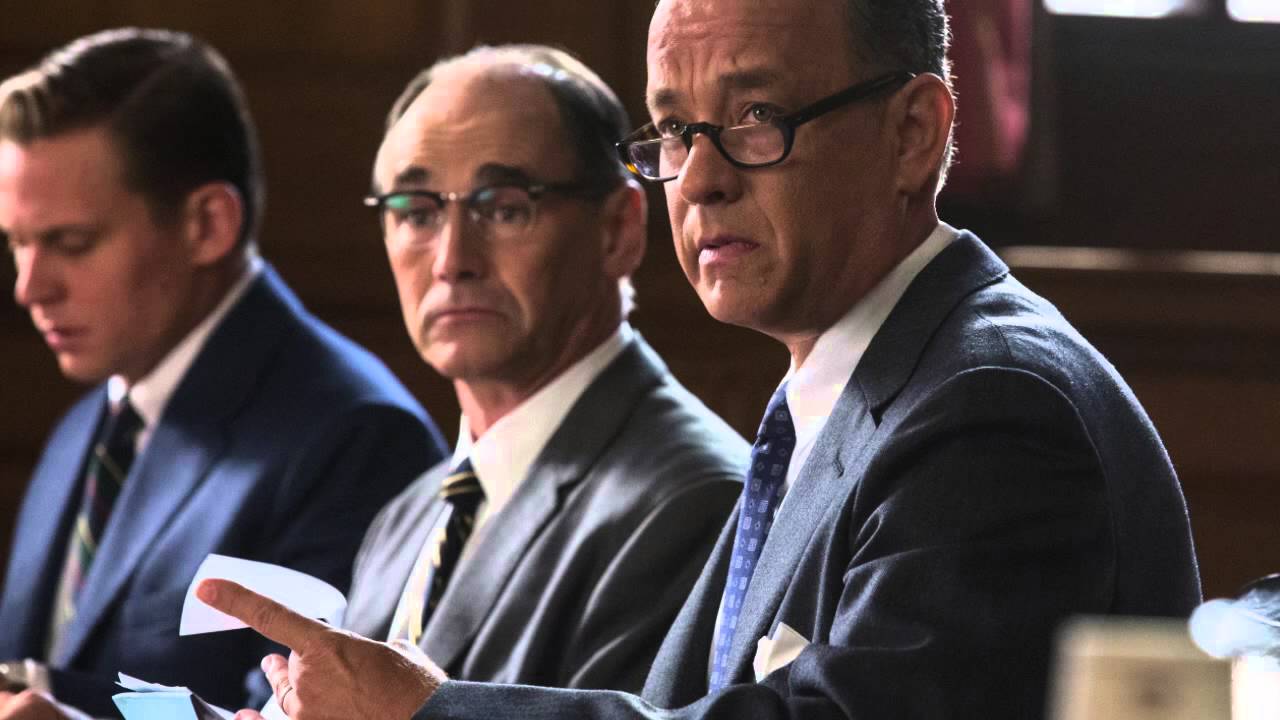 Here we have another film starring Tom Hanks that presents challenges to Kant’s idea of duty. This comes in the form of last year’s critically acclaimed Cold War thriller from Steven Spielberg. The film tells the true story of Rudolf Abel (Mark Rylance), a Soviet spy who was defended by James Donovan (Tom Hanks). In this film, Kant’s question of duty comes into play. Donovan has a responsibility to defend Abel due to his constitutional right to a trial.

According to Kant, this is the morally right action. However, due to the time period, Donovan faces great challenges in the form of citizens who consider his actions unpatriotic. One can see how the morally right action according to Kant may not always be the easiest one. If we universalize this act, we could have a world where everyone gets a fair trial. This is what the United States strives for and is sadly not what occurs in other countries.

This illustrates how circumstances and intent do not always match. Kant may agree that making his son’s death appear to be a suicide may be a morally right thing to do (although the lines are blurred when one thinks that he may have been protecting his own reputation). Yet the discrepancy between consequence and intent is a key theme for Kant and is shown in this film. In the end, Williams comes out with the truth and achieves a sense of catharsis.

This film based on the Stephen King novel of the same name, and poses questions relating to Kant’s idea of duty. The film tells the story of a man on death row with healing powers.