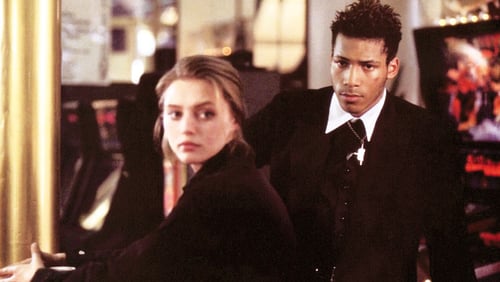 Claire Denis’ I Can’t Sleep is an unusual entry on this list, however it deals explicitly with the nature of action as it applies to the purpose of will and how will acts upon the desires of a person and how these desires can influence actions that are considered reprehensible by society at large.

Schopenhauer had a perplexing view on murder and how desire can influence murderers or how will is corrupted by desire as explained here:

“The murderer,who is condemned to death according to the law must, it is true, be now used as a mere means, and with complete right. For public security, which is the principal object of the State, is disturbed by him; indeed it is abolished if the law remains unfulfilled. The murderer, his life, his person, must be the means of fulfilling the law, and thus of re-establishing public security”

This frightening sort of morality is explored in Denis’ film, however she subverts the black-and white morality of Schopenhauer by exploring the subtleties of evil, specifically as it applies to the way will and morality are often intertwined in a social context. By using suburban Paris, rather than the romanticized view of the city often emphasized in film, Denis brings us into the desires of evil and how it works upon all of us, within the context of everyday perspective.

Where Denis’ film may be at odds with Schopenhauer’s views on murderers specifically, they concur on the point that our minds are not simply passive agents, but rather actors, that interact and process desires based upon our innate free will. The paradox of evil is significant in that both Denis and Schopenhauer illustrate that the capacity for such is evident in everyone.

This is at once frightening in realization and somewhat assuring in that it allows us a greater understanding of the nature of desire and how we as people are able to free ourselves of suffering by acknowledging our limitations.

Robert Altman’s seminal film Nashville is often viewed, and rightly so, as a satirical critique of American Society circa 1975. It is also, however, an intricate exploration into the human psyche and again another example of how desires and will can influence us in ways that move beyond our rational selves.

This is particularly evident in the way Altman treats celebrity and the ways our desires manifest themselves and become subsumed into actions that are considered rational at the time, but are regretted when later analysed.

By focusing on the way mass spectacle can influence the psyche (by frequently focusing on the absurdity of American obsession with popular music of the time, a phenomenon that continues to this day), Altman deconstructs the facets of desire for fame as mere reflections of our own personal psychological need for inclusion, love and acceptance.

This is perhaps best exemplified by the final scene in the film, where Kenny Fraser (played by David Hayward) attempts to assassinate Barbara Jean and Haven Hamilton (the folk-pop stars of the film) after failing to achieve success himself.

In this way, we see that will and desire can interact with our self-perception and can lead us to rationalize potential choices or actions that are not inherently rational, but become so by the nature of will to move us toward desire. Schopenhauer discusses this, and put it very succinctly:

David Lynch’s Inland Empire is enigmatic, cryptic and perhaps one of the most indecipherable films in modern memory. However, within the folds and creases of the film we can observe some specific philosophical notions that are similar to notions explained and delineated by Schopenhauer, specifically ideas that correlate with the memory as it contributes to a sense of self-identification.

The film itself is disjointed and chronologically confused, with scenes being played out in no discernible order, however this does more to uncover the ways Lynch reaches similar conclusions to Schopenhauer on memory.

To Schopenhauer, memory was an aspect of a noumenal will being enforced upon the autonomous agency of an individual. Memory was in fact instrumental in creating our desires and our subsequent journey to seek them out. He wrote that:

“Sometimes, and apparently without any reason long-forgotten scenes suddenly come into the memory, is, in many cases due to the recurrence of a scarcely perceptible odour, of which we were conscious when those scenes actually took place; for it is well known that odours more easily than anything else in awakening memories and that, in general, something of an extremely trifling nature is all that is necessary to call up a nexus idearum”.

In this way, Lynch explores the themes of memory and how they can be manipulated by placing us into what Schopenhauer termed “the sieve” of memory where memories become entwined within each other, save for a few varying features that make them unique. In doing this, Lynch describes the nature of memory as a way of manufacturing desire within ourselves.

It is fitting that on the release of the film, Lynch left a clue to the audience as to the nature of the film’s thematic and narrative structure by quoting from the Upanishads (one of the sacred Hindu texts that inspired Schopenhauer’s philosophy): 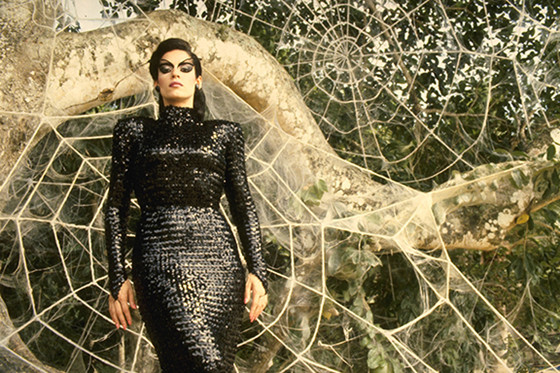 Hector Babenco’s Kiss of the Spider-Woman is an adaptation of a novel by Argentine author, Manuel Puig. The film concerns two prisoners, Valentin (Raul Julia), and Luis (William Hurt).

The two men pass their time in prison by recountings their own favorite memories with each other, with Luis concerned with the comfort of his cell-mate.

It is soon clear the Luis is manipulating Valentin into providing him with information regarding the leftist revolutionaries that Valentin had been associated with before being imprisoned in an attempt to make a deal with the prison authorities so as to receive an early release. However, as their friendship grow through the sharing of escapist art, Valentin grows reticent to trick his friend.

Though ultimately a story of betrayal, there are definite instances that stretch toward the metaphysical notions of Schopenhauer’s aesthetic. Specifically, it relates to the notion of Schopenhauer’s that art (in this case narrative art, through the sharing of memories) can allow a person aesthetic pleasure, and that through that pleasure an individual’s consciousness can escape pain by means of understanding the world as a world of representation or illusion rather than as a concretized existence. By rendering the real as an unreality, the two characters are able to escape their reality by means of imagination, dreaming, etc. 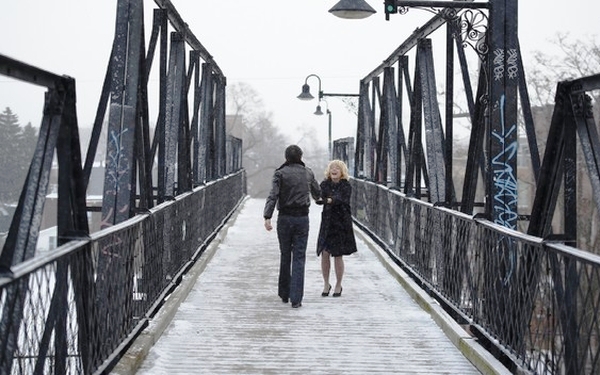 Sarah Polley’s Stories We Tell is a powerful cinematic memoir that plays into a Schopenhauerian sense of the nature of desire to displace our consciousness from reality-as-it-is into reality-as-is-wished.

Without spoiling too much of the film, which must be seen without fore-knowledge for its full-effect, Polley is able to bring us into the narrative of her life as it was presented to her as she grew up, and then disorient us from the idyllic scenes with a jarring revelation that is brought up throughout the film.

By re-constituting and asserting that the nature of the fictions we tell to ourselves as simply that – fiction – she relates to us, much like Schopenhauer, that the mind can be used as both a means of conforting hte unknowable unreality that masquerades under assumption as well as the truth that our lives are fictions generated to protect our psyches from instability. In Schopenhauer’s words:

“All truth passes through three stages. First, it is ridiculed. Second, it is violently opposed. Third, it is accepted as being self-evident.”

In this way, we recognize truth in steps which leads us to a more holistic comprehension of our psychological selves, and through this recognition of our truth, we become less privy to the neurotic side-effects of fiction and may embrace the strangeness of our existences.