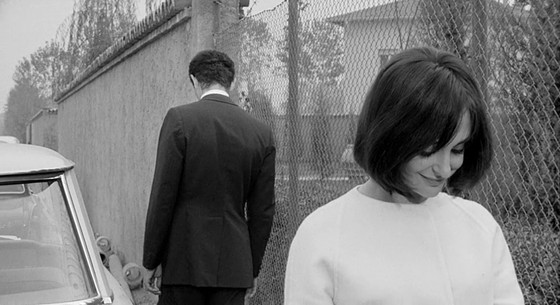 Bernardo Bertolucci would come of full cinematic age in the 1970s but he was someone to reckon with right from the start with his second feature and first notable film, Before the Revolution. Bertolucci was/is a devout Marxist and has used politics as a major element in many of his films such as 1970’s The Conformist and The Spider’s Stratagem, 1976’s massive 1900, the Oscar winning The Last Emperor in 1987 and, more subtlety, in his famed Last Tango in Paris in 1973.

Before the Revolution focuses on Fabrizio (Francesco Barilli), a young man being instructed in liberal political thinking by his cherished teacher Cesare (Morando Morandini). However the death of a close friend (possibly a suicide)unsettles the young man, as does the relationship he starts with the smugly bourgeois Gina (Adriana Asti).

The windows on political experiences exemplified by the travails of the two and those in their orbit indicate that neither is adherent to a political philosophy which was working well in the Italy of the day. This as a bold statement for such a young director to make and one that indicated the direction Bertolucci would take in his dynamic future. 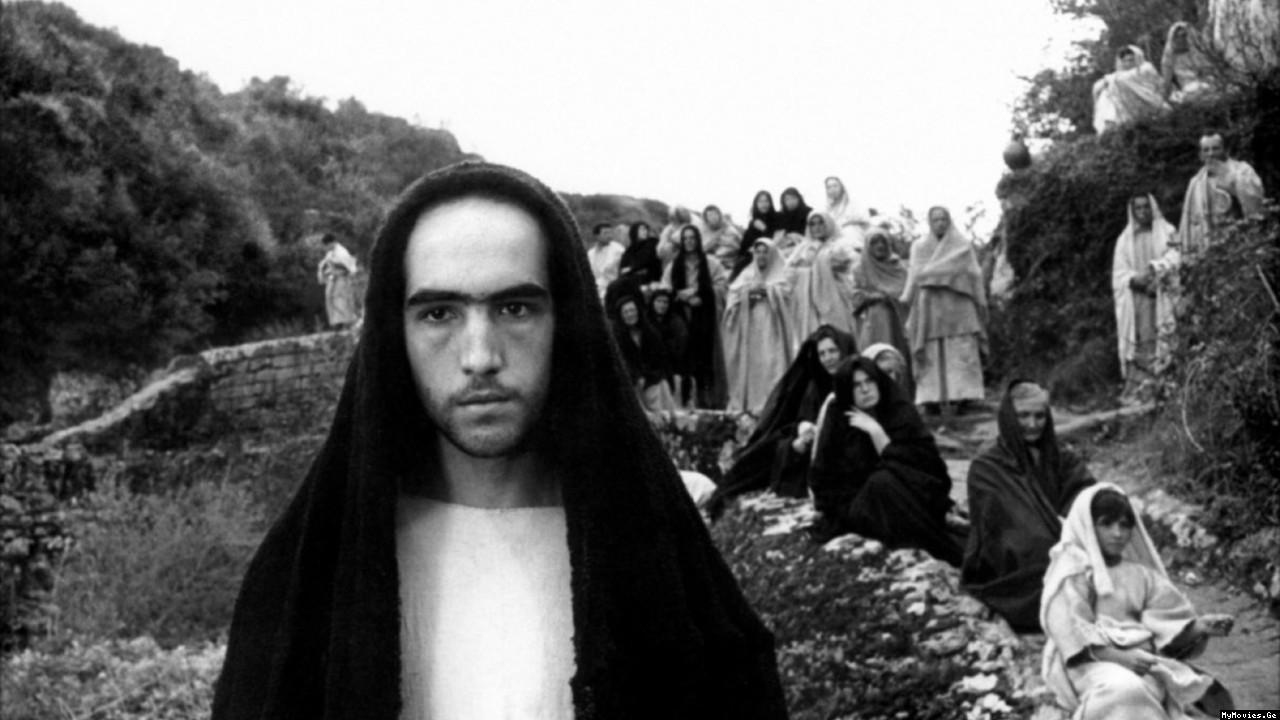 To many viewers this is the most profound religious film they have seen, certainly the most profound actually based on a story from Biblical scripture. The title could not be more accurate. The script is based on the gospel of Matthew. The events detailed in that gospel, no more or less, are the plot points of the film and the dialog is all taken from that scripture.

The style of the film is completely realistic (for example, Mary is in her early teens at the beginning while Joseph is well into middle age, per historical fact),which makes the supernatural events somehow even more belivable.

The irony of it all is that this document of deep piety and reverence was created by an intellectual scholar who was openly A Marxist, B. gay and C an atheist! Actually, he sees Jesus as the original Marxist and who’s to say that’s wrong? One interesting fact is that the cast was made up of amateurs (Jesus was a young law student) and included the director’s own mother as the older version of Mary! 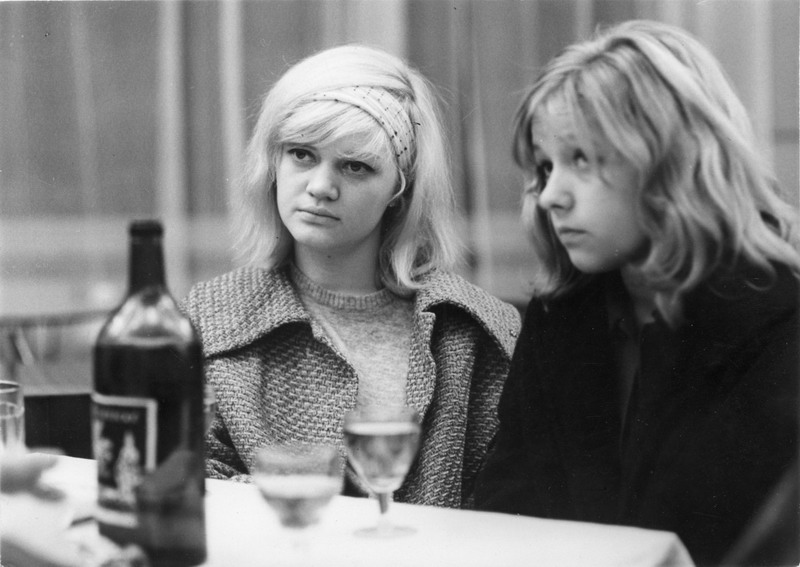 The Balkan countries managed to have their moment in the cinematic sun before the Soviet’s cracked down on them and one of the bright spots of the place and time was Czech director Milos Forman. Later he would go to and conquer Hollywood but the he created his ticket there with a number of films made in his homeland. Looking at these films today, they seem a poignant souvenier of a brief moment in time.

The film which has survived the years best appears to be The Loves of a Blonde. The serio-comic tale relates how a young woman, working mostly with other such women in a shoe factory, organizes a dance attended by her co-workers and the men of a near-by army base. The dance is a mixed success due to the men mostly being too old for the young women but the organizer herself finds what might be love…or is it?

The tale is slight but the details are so honest and freshly truthful that it all works. Forman catches the underlying sadness of a place where even happy events are overshadowed by the depressing small spritedness of a totalitarian regime and a drab backward place. 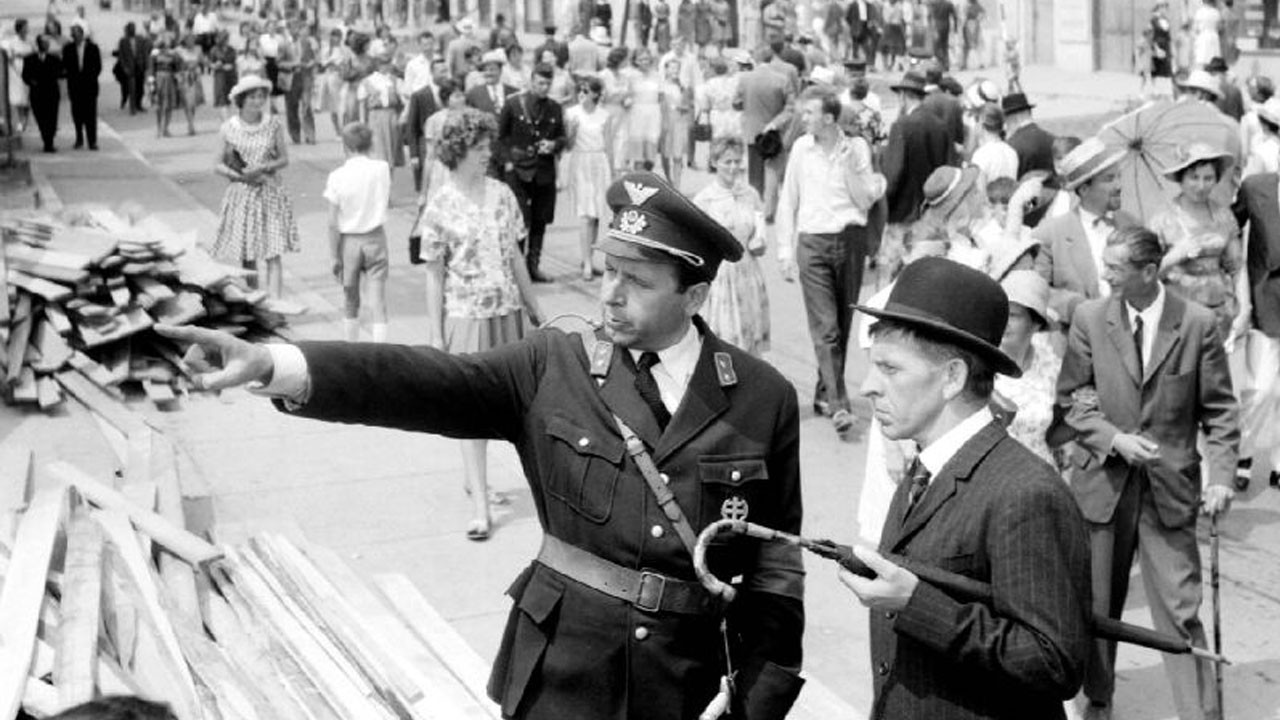 Another excellent Czech film maker of the period was Jan Kadar, who did not end up scaling the Hollywood peake. However, he did create what might well be the best and one of the best remembered films of the Czech New Wave (and an Oscar winner to boot). The Shop of Main Street (or High Street depending on the print) is a most touching film.

During the World War II era, The Czech republic is engaged in racial purging under Nazi domination. A simple carpenter (Josef Kroner) is assigned to take over a button store which is being expropriated from an elderly Jewish widow (Ida Kaminska). The widow is lost in a dream of senility and thinks the carpenter has been assigned to help her in the shop as her servant.

The carpenter comes to care for the widow and tries to protect her but events are transpiring which won’t allow him to protect her much longer. Kaminska won a surprise Best Actress Oscar nomination and the film became a deeply appreciated art house hit.

Ingmar Bergman was quite often inspired by the actresses with whom he chose to work (and he would return to the same players and crew time and again). One reason the late Sixties and Seventies would prove to be so memorable for him was the entry into his life, personally and professionally, of the superb Norwegian born actress Liv Ullman. Her first film was Bergman co-starred her with another of his staples, the excellent Bibi Anderson, in what many consider his very best film, Persona.

The film tells the enigmatic story of a renowned stage actress (Ullman) who suffers a breakdown on stage and is psychologically rendered mute. She is sent by doctors to recover in an isolated beach house attended only by Nurse Alma (Anderson).

At first the actress is a broken mess and the nurse is very much in charge but the more the nurse talks and talks and talks, the more the balance of power shifts until a major realinement of personalities and spiritual transference takes place. Many have debated the meaning of the film and its mysterious qualities married to an immaculate technical style marked it as one of the great films of its own and other eras.

It didn’t take Roman Polanski long to land on his feet after defecting from Poland. He didn’t go immediately to Hollywood but, instead, turned up in England and contributed two of his very best films before journing onward. The films starred the notable French acting sisters Catherine Denueve and the ill fated Francois Dorleac. In the much acclaimed Repulsion Denuve plays a lovely but oddly repressed young manicurist living as an immigrant in London with her older sister.

When the sister leaves on an extended trip, the isolated young woman has a complete paranoid breakdown with chilling results. The lighter, but quirky, Cul-de-Sac finds two criminals (Lionel Stander and Jack MacGowan), one fatally wounded, fleeing to a small out of the way island off the British coast and find themselves confronted by a most odd and mismatched couple (Miss Dorleac and Donald Pleasence).

The results turn out to be peculiar to say the least. Both films showcase a convincing bleakness and the dark, morbidly off-beat fixations which have always marked Polanski’s work. He would do larger scale pictures but rarely better ones.

France’s Robert Bresson is truly one of the great philosophical film makers of all time and one whose style could be mistaken for no other. A Bresson film is quite austre and shows nothing but the exterior of things as a calculated way of displaying a deeper examination into the interior of his subjects.

The director never used professional actors (though two, to his displeasure, went on to become professionals) and the “models” in his films were always instructed to give no dramatic inferences to their lines but, rather, to say everything without emotion. In light of this, its not surprising at all that one of his best films centered on…a donkey!

The title character is seen being born and then mostly mistreated by a cruel world (and living around cruelly treated people) until his sad and undeserved death. Many have found this film to be a Christian allegory with Balthasar seen as a Christ figure! Bresson,typically, would not comment but this film has deeply moved many (though not enough, also typical of Bresson’s work, to make it a hit).

Another Oscar winning flower of that sadly short Czech spring was this well remembered comedic-tragedy. Young Milos, latest in a long line of what would now be called slackers and dullards has landed a minor post as an apprentice in a railway station in World War II era Czechoslovakia. The Nazis have taken over and the station is a nerve center in their operations but to hell with that! Milos wants to lose his despised virginity!

As things turn out, thanks to the lovely spy Victoria Falls, Milos will be roused and end up as both the biggest of losers and winners ultimately. This film was the debut of Jiri Menzel, a fine talent who remained in his native land. Not many films can gracefully make the convincing transition from laughs to tears but this one manages the trick so adroitly.

Though this period in European history would soon enough end, Menzel would survive and in 1997 create another film from another novel by the author of his debut work. Very many would consider I Served the King of England a fitting throwback and homage to the Czech Spring.