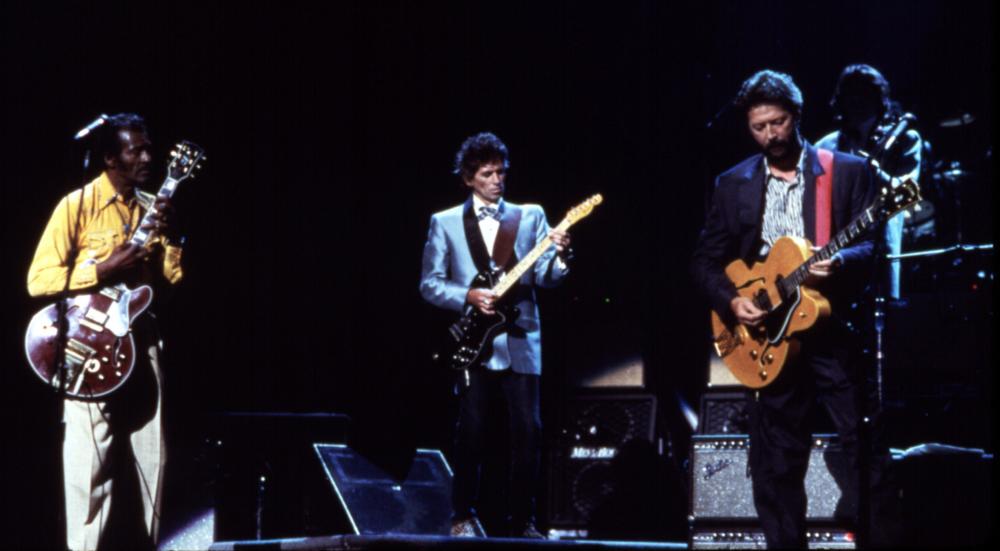 Rising out of a middle class town of St. Louis, Missouri, Chuck Berry would be one of the early Pioneers of Rock and Roll Music. Starting out in the 1950s, his career flourished, but by the late 1960s his recordings were minimal, while still touring and being a popular attraction.

In 1986, to commemorate his sixtieth birthday, two concerts at the Fox Theatre are held in his hometown, with an all-star line-up featuring Keith Richards, Johnnie Johnson, Robert Cray, Etta James, Linda Ronstadt, Julian Lennon and more. As rehearsals can be tense, reflections on his life and career in interviews (Bo Diddley, Little Richard and others) are grounding and inspiring.

Directed by Taylor Hackford (“Ray”), “Hail! Hail! Rock and Roll” features archival footage, interviews and rehearsals chronicling Chuck Berry’s legacy from its insurgence up until that moment in 1986.

The DVD edition feature bonus footage with Robbie Robertson (of the Band), Jerry Lee Lewis, Roy Orbison and few others. It was voted to give Berry a star on the Hollywood Walk of Fame, so in order to promote the film, Universal Pictures paid for his spot and dedicated to him the week it was released. 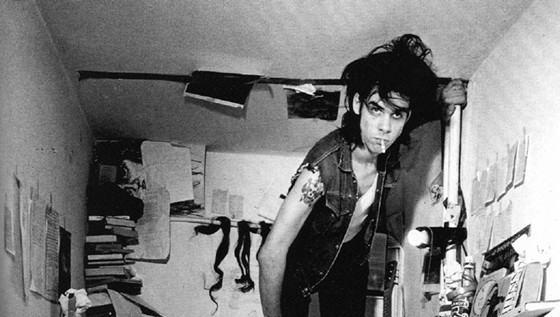 Out of the avalanched ruins of Australia’s the Birthday Party, in 1984 Nick Cave formed the Bad Seeds and made dark, blues rooted, poetically atmospheric albums.

By 1989 and a few line-up changes, the group had expanded into a six piece (with Mick Harvey, Blixa Bargeld, Kid Congo Powers, Thomas Wylder and Roland Rolf) and embarked on an American tour in support of their critically acclaimed album, “Tender Prey”. While on the road, they endure painful interviews, cheap concert promoters and minor competitive squabbling within.

German director Uli M. Schuppel captures the Nick Cave and the Bad Seeds in grainy, but glorious black and white film. The performances are captivating and when elements are volatile or problematic, there is dark humor illuminating. A documentary truly for those who are devoted the band’s work in addition to backstage and tour bus antics of boredom, frustration or improvisational greatness.

While there is a limited amount of stage performances, music is around every bend and crooked mile. The DVD (paired up with the concert feature “Live at the Paradiso”) contains a short film directed by Schuppel called “The Song”, which ended up being used for Wim Wenders’ “Until the End of the World”. 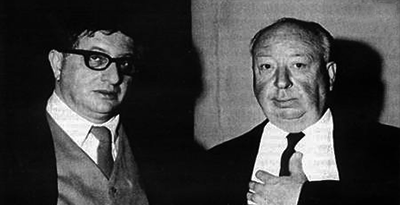 By the mid-1930s, Bernard Herrmann’s career began as staff conductor for the Columbia Broadcasting System in NYC and he was noted for championing the music lesser known composers in addition to his own compositions. In 1941, he would compose the music for Orson Welles’ “Citizen Kane” and William Dieterle’s “The Devil and Daniel Webster”, which would earn him two Academy Award nominations, but win for the latter.

By the 1950s, he would collaborate with many other directors like John Cromewell (“Anna and the King of Siam”), Robert Wise (“The Day the Earth Stood Still”) and eventually strike up a thick career with Alfred Hitchcock (“Vertigo”, “Psycho” and more). Up until his death in 1975, Herrmann was one of the most sought after classically trained composers, leaving behind a vast legacy of recordings and inspiration.

Directed by Joshua Waletzky (“Heavy Petting”) and narrated by Philip Bosco, “Music for The Movies” is compassionate representation on Bernard Herrmann and serves as a fine introduction to his work.

Interviews with various filmmakers such as Martin Scorsesse (“Taxi Driver”), Claudine Bouche, Claude Chabrol, along with musicians/composter like Louis Kaufman, James G. Stewart, David Raksin and more. The 1992 documentary was nominated for an Academy Award, but lost out to “The Panama Deception”. 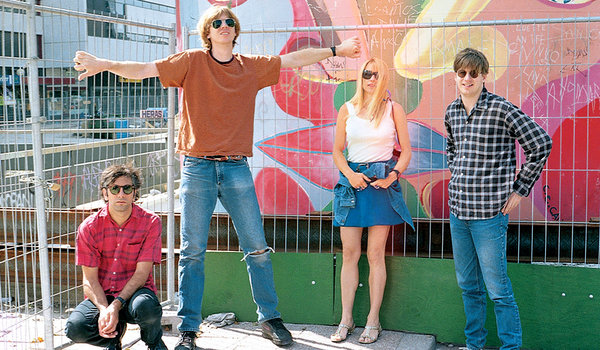 On the cusp of the Alternative Nation and the Grunge Movement, the New York band Sonic Youth are on their European tour in 1991, with Nirvana, a month before the latter band would become a household name.

Antics range from making fun of techno music along with cuisine, re-enactment references to Madonna’s “Truth or Dare” film and endless commentaries by Thurston Moore and Kim Gordon. Among the bands that they share the stage with are Dinosaur Jr, Babes in Toyland, the Ramones, Gumball and Mudhoney.

Captured and directed by David Markey (“Desperate Teenage Lovedolls”) in the late summer of 1991, on tour with Sonic Youth and Nirvana, but wasn’t released until 1992.

The film also features cameos by Joe Cole (the roadie who was later killed in an armed robbery), Bob Mould (Husker Du and Sugar), MTV veejay Dave Kendall and a pregnant Courtney Love. The live performances of each of the bands is brilliant and serves well as a time capsule before corporate record companies cashed in the punk sound and renamed it Grunge. 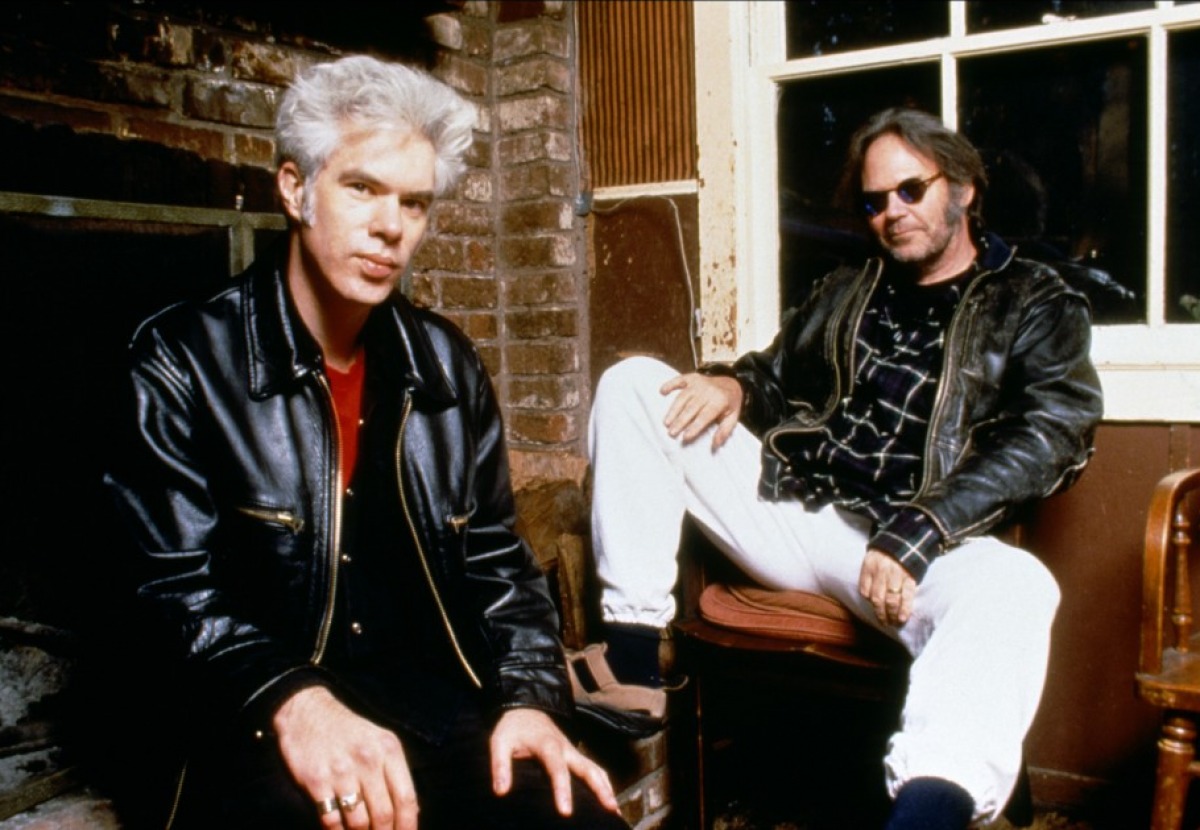 In 1996, Neil Young and his band Crazy Horse (consisting of Frank “Poncho” Sampedro, Billy Talbot and Ralph Molina) embarked on a tour. The film contains archival footage of the band in the 1970s and 1980s, chronicling and illustrating the internal struggles from the past and the present. The live performances are equally intense and intimate, inter-spliced with individual interviews and backstage interactions.

Directed by Jim Jarmusch (“Dead Man”) was allowed unlimited access to film the band, shooting on Super 8, video, color as well as black and white footage. Each frame is raw and uncensored as it was intended to be, using music recordings of live footage from Crazy Horse in 1976 and blending with the 1996 material.

Although Roger Ebert considered it the worst film of 1997, it is revered by fans as an important documentation of the band and fitting epitaph to the record producer, David Briggs. 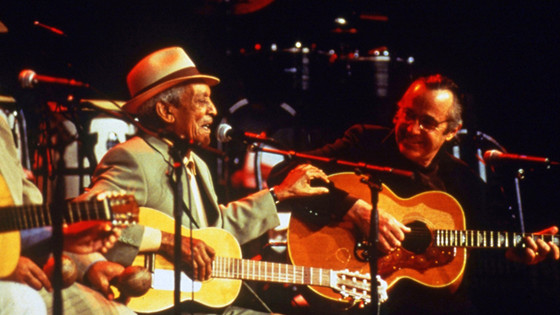 Slide guitar player, Ry Cooder and his percussionist son, Joachim, travel to Havana, Cuba and bring together an ensemble of legendary musicians to record an album. Many of the band members, such as Compay Segundo, Eliades Ochoa, Ibrahim Ferrer, Omara Portunondo, Ruben Gonzales and more, of the Buena Vista Social Club, outside of their home country, they are obscure unknowns in their eighties and nineties.

As they record the album, several reflect on their lives in post-revolutionary Cuba. Once completed, the BVSC perform at two concerts, Amsterdam and NYC, simultaneous traveling for the first time to foreign grounds and acquiring a whole new audience.

Shot and directed by Wim Wenders (“Wings of Desire”), with a concept formulated by Nick Gold and Ry Cooder, “Buena Vista Social Club” is remarkable and colorful accompanied by a warm soundtrack of Cuban sones, guaraches and boleros.

The film was nominated for an Academy Award and ended up winning at the European Film Awards for Best Documentary. As a result of the film’s success, many of the retired musicians would re-launch their careers and gain a world-wide following.

Largely revered as the innovator of the term “Shock Rock”, Screamin’ Jay Hawkins’ career as musician began in 1953. Previous to then, he was a sergeant in the military during World War II and a middleweight boxer. His influences ranged from opera, blues and jazz along with a strong idolization for Paul Robeson. By 1955, he recorded his most famous song “I Put a Spell On You’, which subsequently was banned even though it was a popular sell record.

As a result, he developed a more theatrical presence by wearing long capes, leopard print clothing, rising out of a coffin, use of fireworks and a skull on stick named Henry. He would continue record and tour for the next few decades, predominately in Europe, and appear in films like “American Hot Wax”, “Mystery Train” and “A Rage in Harlem”.

“I Put a Spell On Me” is an endearing and extraordinary portrait of Screamin’ Jay Hawkins, directed by Nicholas Triandafyllidis (“The Sentimentalists”). It chronicles what would be the baritone, voodoo singer/pianist’s last tour before his death in France on February 12, 2000.

Featured interviews include long-time friends Bo Diddley and Andre Williams, to collaborators like Rudi Protrudi (of the Fuzztones), director Jim Jarmusch along with those he influenced like Eric Burdon (of the Animals and War), Diamanda Galas, Arthur Brown and more.