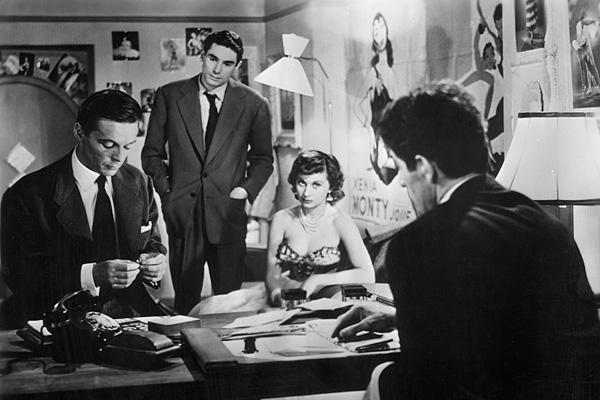 Jules Dassin is credited with helping to invent the ‘heist’ movie with this film. There’s a nearly half an hour sequence in which a safe is cracked, which has no dialogue or background music, which is just one aspect of the complicated scheme to rob a jewelry store in the heart of Paris.

The leader of the crew, Tony, is a sympathetic guy, just out of jail for a crime he took the blame for to save a friend from prison, and, it can be argued, the film solicits approval from the audience for the cunning, planning and deft skills of the foursome that pulls of this audacious raid on some bourgeois shop.

The Legion’s rationale: To the Legion this film was encouraging criminal behavior by presenting the guys in the crew as being sympathetic characters who were robbing a place only patronized by the very rich anyway – a victimless crime. So the film seemed to be approving of a heist due to the nature of the place being robbed. Furthermore, the plan was so detailed that some law enforcement authorities felt that the film could give concrete ideas to other criminal gangs as to how to commit the perfect heist.

Although Buñuel is known as a surrealist director, his less surrealistic or even ‘positivistic’ films like Nazarin, Los Olvidados and even Viridiana show immense humanity and concern for the abandoned and marginalized, and even without his surrealist experiments his more socially oriented films should be enough, in my humble opinion, to keep him listed among the best of the world’s directors.

Viridiana is kind of a Justine-type story (no wonder as the surrealists loved Sade) in which a pure young woman is corrupted through exposure to a type of corruption which convinces her that there is basically no hope for goodness in the world. She goes from someone willing to dedicate her life to God and the poor to a woman eager, at the end, to join in a ménage à trois to forget her social crusades.

The Legion’s rationale: There’s a scene where beggars imitate the Last Supper scene as depicted by Leonardo. Well, OK, this could be wide-open sacrilege or it could be an expression of the corruption of the poor who, through hardship and abuse, have become coarse and brutal. St. Vincent de Paul once said that as a priest he could not save anyone’s soul until society evolved to allow the creation of souls. Buñuel seemed to echo this sentiment a lot.

Brigitte Bardot had grown up in a very repressed household with super-conservative parents. When she met a mature Roger Vadim as a 15 year old, he was her ticket out of there. There’s no doubt that she was used for her beauty and sex appeal by Vadim and others.

In this film she plays the 18 year old orphan Juliette who has developed no inhibitions in regard to displaying her sexuality and, in fact, regularly flaunts it. In order not to be sent back to the orphanage for her behavior Juliette marries the younger brother of the guy she’s really in love with (the younger brother is in love with her). Obviously, she then has an affair with the older brother.

The Legion’s rationale: The entire film was contrived to show off the wiles of Brigitte Bardot. There was a flimsy script that was only held together by the sexuality of Bardot. This got the Legion’s dander up.

Bosley Crowther wrote a piece for the NY Times on April 28, 1960 titled “An Answer to Those Filmgoers Who Think Psycho Should Be Banned” in which he wrote, “Psychiatrists have mumbled that it is liable to induce a state of shock (which is precisely what Mr. Hitchcock intended), and fearful parents have shuddered for their young…

On the other hand, thousands of people — maybe millions by now — have come away deliciously coated with goose-pimples and happily trailing their tattered nerves, satisfied that this time they have got a good solid boot out of a film.”

The Legion’s rationale: The film was sadistic in nature, and it was meant to be kind of titillating in the way Marion (Janet Leigh) gets killed. Furthermore, the Legion seemed to object to a scene in which Marion lies on her bed with a man while only wearing a bra. 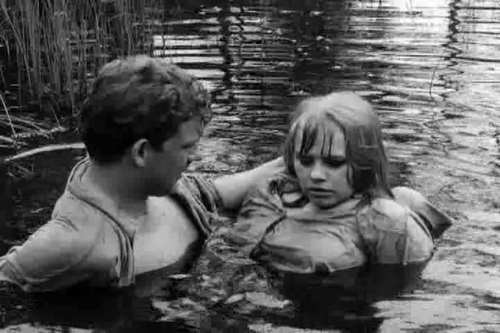 Yeah, I saw this film a few years ago, along with I Am Curious (Blue), and I was shocked…because there was really nothing dirty in it. Yet, it was not only banned by these moral guardians, it was banned by the US Government.

In the film Lena Nyman plays a very young Swedish woman who is curious about the various social ills of the world and wishes to get some answers as to why poverty, racism, economic exploitation, educational inequality, mindless competition, the Vietnam War and other evils exist. Through her journey we occasionally see her naked and engaged in some sex because she’s interested in this stuff too (God bless her).

What shocked me is that she’s really a sweet girl in the film – not a hardcore nympho. This was considered pornographic? I am guessing that the US government was more irritated with the attacks against it for Vietnam, racism, inequality, capitalist exploitation etc. than the little bit of nudity.

Recall that at this time Sweden was one of the countries offering sanctuary to American young men who refused to fight in Vietnam. The attention the US government and the League brought to this film allowed it to become one of the most profitable foreign films ever.

The Legion’s rationale: I think this league just objected to the overall questioning attitude of this film. The league just didn’t like people asking about stuff.

Again, we have a case where people in the real world really were inspired by a film to do horrible things. For instance, in England a 17 year old girl was gang-raped shortly after the film was released by boys who sang “Singin’ in the Rain”. In fact, more than a few events occurred which could be tied to the influence of this film. Kubrick literally pulled the film from England after these events continued happening.

Yet, Alex and his droogs seemed to be Anthony Burgess’ thought-experiment: a group unconstrained by feelings of sympathy or mercy who felt they had license to commit any crime that came to mind. Burgess and Kubrick seemed to want to investigate extreme criminal violence and the methods being used to address it. Are all of our methods of reform little more than Ludovico treatments? How effective or morally justifiable is this type of treatment? What are the alternatives?

The Legion’s rationale: The proof was in the pudding for the Legion. They claimed that Kubrick had romanticized the violence and sex and had made it attractive and laudable to young people. Kubrick countered that there’s violence in the Bible and the works of Shakespeare. He also claimed there were studies which showed that violence in films did not lead to violence in reality. Nevertheless, he pulled the film.

This film is a type of Clockwork Orange set in Mexico before A Clockwork Orange, dealing with a gang of young men who are driven to horrific and criminal acts. Unlike Kubrick, Buñuel attempts to show how potent one’s environment is on molding a young person’s future. Buñuel openly stated that he wanted to focus on what causes some children to become cold-hearted criminals in this film and there is no attempt to romanticize violence.

Indeed, he does an amazing job of depicting the poverty and violence which breeds criminal behavior. The film shows that when one is born into squalor and brutality one is forced to rise to a higher level of aggression as a survival mechanism. This is a film that clearly calls for economic and social reform to eliminate crime.

The Legion’s rationale: The Legion seemed to think the director was romanticizing violence. The violence is clearly not romanticized, however, and one is, instead, left shocked and devastated by how readily youth can be corrupted through neglect and abuse.

Author Bio: Daniel Gauss is a graduate of Wisconsin and Columbia who teaches, tutors and writes about art in New York City.