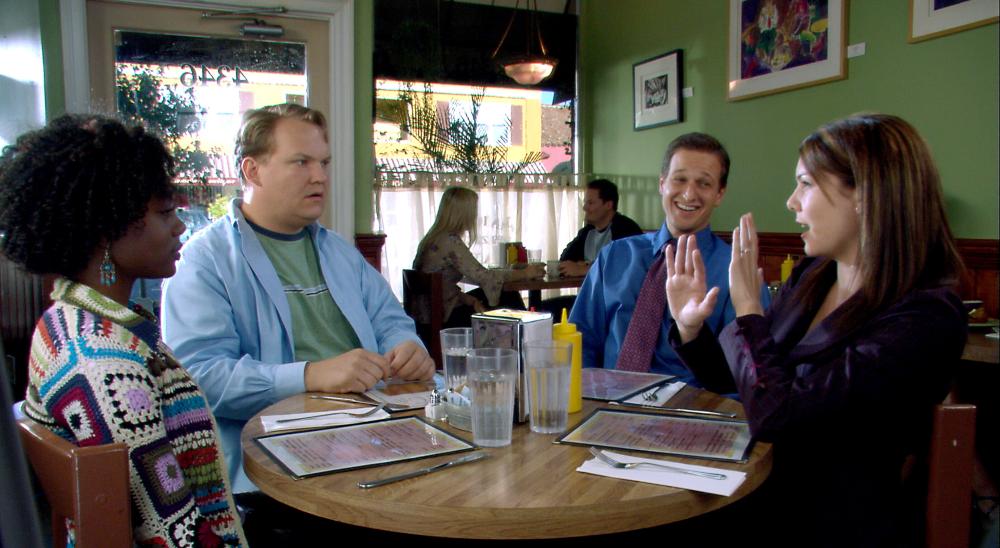 A harmoniously happy couple, Ed (Jay Mohr) and Alice (Julianne Nicholson) are two months away from their wedding. After a close brush with severe injury or death via car collision, she comes to the conclusion that she hasn’t lived life to the fullest nor had enough sexual experiences.

Still committed to the prospect of marriage and the love of her future spouse, Alice suggests that she and Ed open up their relationship to explore other options, before they settle down. He is reluctant at first, but goes along with it to please her and gives him the freedom to do the same. Needless to say, feelings of abandonment, jealously and inadequacy plagued them both when Alice begins seeing one other man on a consistent basis, while Ed starts dating a younger woman.

Written by a married couple, Maya Forbes and Wallace Wolodarsky, 2004’s romantic “dramedy” was directed by the latter. The film explores topics of polyamory and the emotional pitfalls that can occur if feelings aren’t finely developed or mutual. It should serve well with couples who are considering what the two leads experience. Not everything works out in the end, but it provides insight to a barrage of potential conflicts. 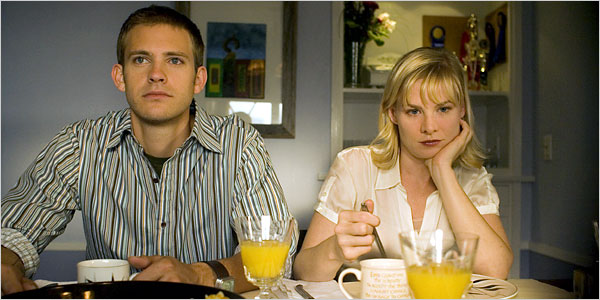 When she was a freshman in college, Amy (Melinda Page Hamilton) impulsively performed oral sex on her dog, Rufus. Fast forward to eight years later, she is a schoolteacher, engaged to John (Bryce Johnson) and both anticipate a happy future of ahead of them.

When he suggests that they be completely open about their lives, she lies and says that she had a lesbian experience. While they visit her parents, John badgers Amy into admitting the truth about her youthful indiscretion, her brother overhears it, then lets the secret slip in front of the family and are utterly mortified. Eventually, things spiral out of control, the couple split up and life progressive becomes more painful for Amy.

Written and directed by Bobcat Goldthwait, was originally titled “Stay” in America and “Sleeping Dogs” in the UK. While the subject matter of bestiality is mostly likely distasteful to many, it is hardly what the film is about and raises the issues of how damaging “too much information” might be. Some truths might be better left unmentioned in those rare moments of being young and curious. 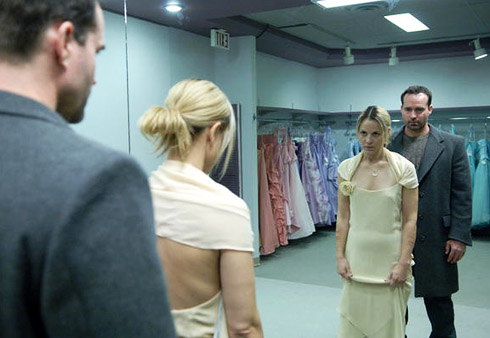 Nancy (Maria Bello) is a suicidal housewife is sick of her husband, Albert (Rufus Sewell), and their picture perfect life, home and possessions. Spending most of her days sleeping, cutting herself with razorblades or trolling the internet, she meets Louis (Jason Patric) in an online chatroom.

When they agree to a rendezvous, an affair merging pleasure with pain begins. However, Nancy has a death wish, but doesn’t want kill herself and insists that her secret lover commit the deed. What she hadn’t counted on was the two of them falling love and is hell-bent on him ending her misery.

Inspired loosely on the true life case of Sharon Lopatka, who sought out a stranger to torture and kill her, the 2008 film was directed by Johan Renck with an existentialistic script by Pamela Cuming and Lee Ross. The performances from the leads kick up an emotional rollercoaster ride and push the debate of assisted suicide for those who are suffering from mental and/or physical pain when there is not apparent cure. 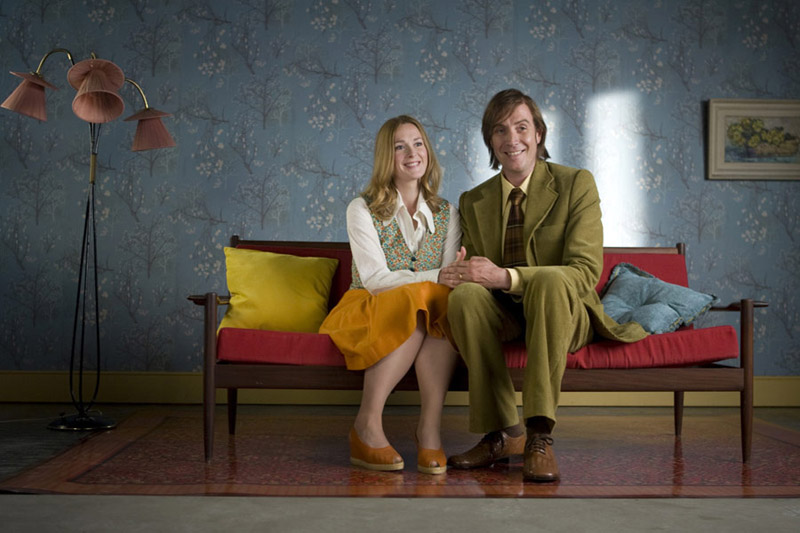 The year is 2092 and the last living mortal, Nemo Nobody (Jared Leto) at the age of 118 is lying on his death bed. The rest of the world’s population is preserved through the usage of stem cells and watch his last moments, fascinated with the human enigma.

Nemo claims he has no memory of his life and is placed under hypnosis, while a journalist records his inconsistent recollections of choices that affected him at the ages of nine, fifteen and thirty-four. Through the help of the angels he relives the scenarios involving the divorce of his parents and his marriages with three potentials wives, but still is uncertain which choices were the right ones.

Written and directed by Jaco Van Dormael, “Mr Nobody” was in development for almost a decade. A deeply philosophical, imaginative story about love, chaos and science fiction, blurring fantasy with reality. All though it debuted at the 2009 Cannes Film Festival, it didn’t receive a release in America until 2011 and then a wider run in 2013. 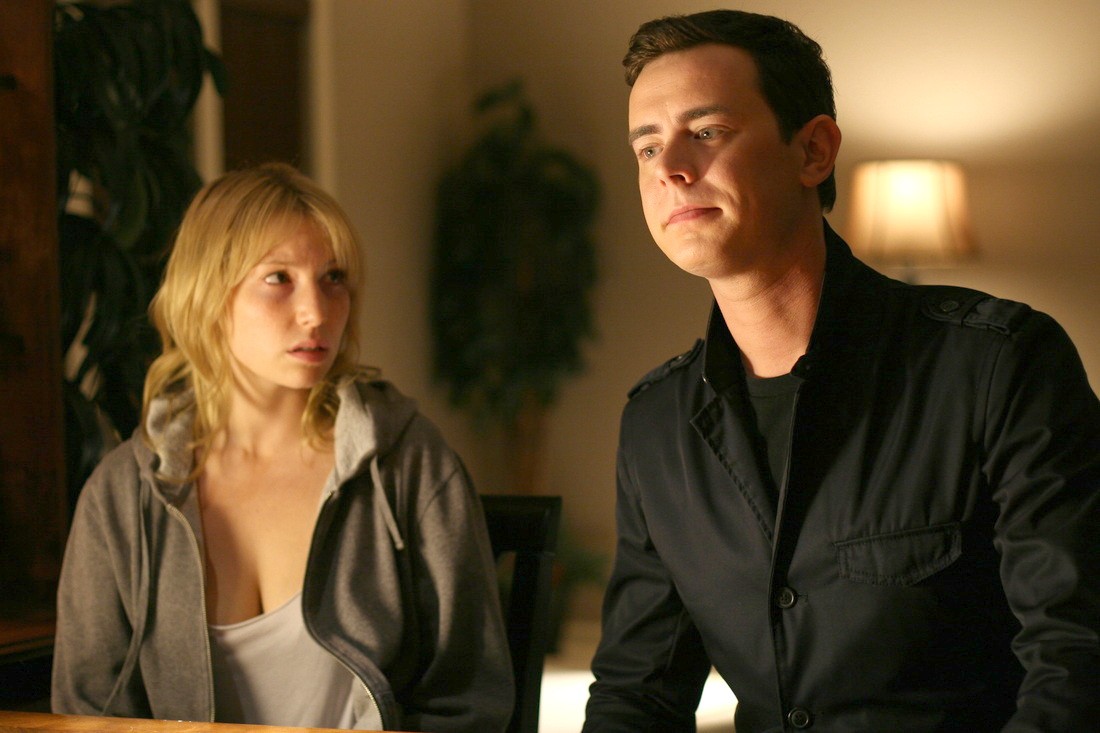 Ben (Colin Hanks) is a mama’s boy and a fledging serial killer, whom has just won $36 million dollars through a recent victim’s lottery ticket. Finally, he as able to work up the courage to pursue Lucy (Ari Gray), a life-long crush and former co-worker. Unfortunately, she’s immature, materialistic and has always treated him poorly, until it makes the news that he’s a millionaire. Elapsing a few months later, they are married, have bought a house and are spending money frivolously.

While on their honeymoon in Hawaii, Lucy witnesses Ben killing a hotel maid, becomes frightened and contemplates calling the police, but realizes that it would be the end of her meal ticket. When they return home, she eventually discovers the three dead bodies of the women he killed, but takes it upon herself to bury them somewhere else.

Gil Cates Jr directs this black comedy from 2011 that is entertaining without being grisly for mainstream audiences. What makes it an unconventional story is the killer has two women, his wife and mother (played by Ann-Margret), who separately go through sinister lengths to protect him. However, as Norman Bates would agree, nobody will love the boy more than his mother. 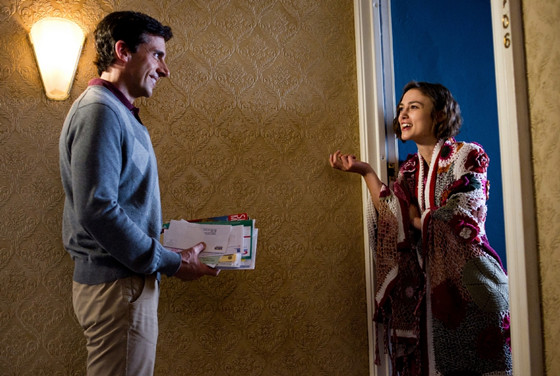 A colossal asteroid is heading towards the Earth, ensures that end of the world is three weeks away. As cities are flooded with looters, many people try to go about their normal lives by showing up for their jobs or go to other extremes such as suicide or getting lost in the abyss of excessive sex and drugs. New York life insurance agent, Dodge (Steve Carell), has been abandoned by his wife and tries to kill himself. Unsuccessful, he returns home and discovers a pile of old mail that hadn’t made it to him.

A letter from a high school girlfriend is in the mass and she claims that he was the love her life. Around that time, he meets one of his neighbors, Penny (Keira Knightley), an English woman who has recently broken up with her boyfriend, in addition to being responsible for not giving Dodge his mail. When a riot breaks out, the two of them head to Delaware to find his lost love.

Writer and director, Lorene Scafaria (making her debut), was inspired by her experiences during the September 11th attacks, in addition to apocalyptic films, with the premise of two strangers finding romance upon taking a survivalist road trip. Emotional, yet endearing with deadpan sense of humor.

Carell and Knightley have brilliant chemistry with wonderful tastes in music (compliments to their co-star, Adam Brody). The soundtrack contains an eclectic mix of songs from INXS, Scissor Sisters, Paul Williams, the Walker Brothers and more. 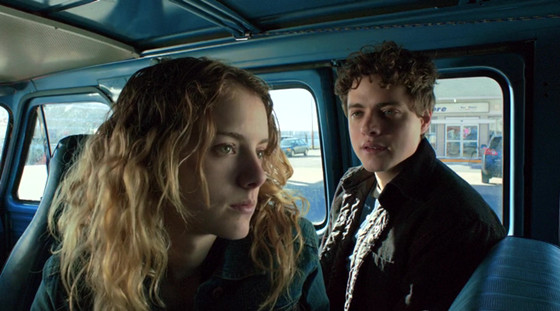 Ditch is a twenty-three-year-old unambitious virgin, who lives with his mother, Barbara (Megan Follows) and recycles newspapers for minimal money. He doesn’t really have any friends outside of an upstairs tenant named Boomer, an aging jazz drummer instructor who has become his father figure and eventually dies. That same day a beautiful teenage runaway, Debs (Laura Wiggins), with falls on Ditch’s radar and the pair become inseparable.

Not carrying anything more than her cellphone and laptop, both of which she is insanely protective of and lashes out something fierce when she catches him opening it. Regardless, he moves her into the house much to his mother’s dismay.

Based on the 2001 novel “Ditch” by Canadian author Hal Niedzviecki, the 2014 relatively unknown feature directed by William D. MacGillivray. The two leads aren’t difficult to watch and are able to pull off the balance calm and chaotic. Touted as an “Analog Romance in A Digital World”, meaning the elder of the two prefers music on cassette tapes, while the other prefers downloads. Not the most uplifting romance story, but provides a tint of optimism even well all looks bleak.