For a while it looked like Paddy Considine would be a breakout star in the U.S. He had good roles in a few well-respected films like The Bourne Ultimatum, In America and Cinderella Man. Despite being in these hit films he has mostly stayed in the UK and occasionally appears in a high profile film like the recent Michael Fassbender version of Macbeth. Considine has a unique quality where he can go back and forth between comedy and drama without missing a beat.

His work with Simon Pegg in Hot Fuzz and The World’s End showed an unrivaled scope. He hinted at a lot of potential in previous films but the main one that is the prime showcase for his drama abilities is the gritty revenge drama Dead Man’s Shoes.

It’s hard to tell whether he’ll become the next star name. Who is popular and who isn’t tends to fluctuate every other day. Considine has already proven to be a talented actor. It just takes the right Hollywood production to convey his abilities to the public.

Colman first started to get attention when she played Sophie in the UK series Peep show but she’s had supporting roles in various UK comedy series and dramas for a while.

The role that won her the most acclaim recently was the UK series Broadchurch with David Tennant. In that series she displayed a vulnerable yet strong and determined personality that made her stand out from others. She has the ability to jump from an intense drama like Broadchurch to a goofy comedy like Peep Show with natural ease.

She’s had a few opportunities of a potential break in Hollywood with films like Hyde Park on Hudson with Bill Murray and The Iron Lady with Meryl Streep but those films were only hints of her emotional range. 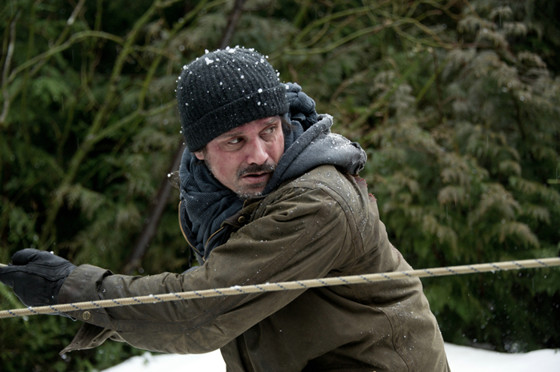 Frank Grillo has the kind of gruff persona that most actors only pretend to have. What’s interesting about him is that for a while it looked like Grillo wouldn’t even be an actor. Soon after he went to NYU he spent time working on Wall Street. He veered away from that career path and got his first gig on a beer commercial.

He is best known as Brock Rumlow in Captain America: The Winter Soldier, a role he will be returning to this year with Captain America: Civil War. He has an intensity that tends to get him cast as the tough guy character or villain and elevates these roles, finding a depth to the characters while most would just skim the surface.

The Grey is the best example of this where he played Diaz. That film surprised many by being a melancholy and existential drama about death rather than an action film where Liam Neeson punches wolves. Grillo showed his uncanny ability to draw emotional range from more stoic characters. His character Sergeant in The Purge: Anarchy went from being a potentially one-dimensional badass to a layered anti-hero the audience gravitates to. 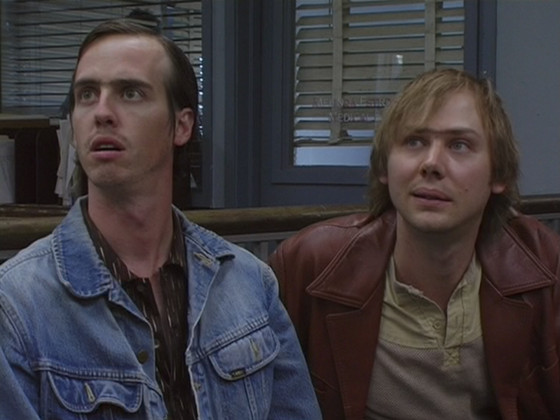 Jimmi Simpson is a prime example of how Hollywood sometimes doesn’t know what to do with TV actors. While many Hollywood films recycle the same stars, the TV world gives actors like Simpson a chance to explore unique and compelling personalities. Simpson is best known for his recurring role on the series It’s Always Sunny in Philadelphia as Liam from the creepy inbred McPoyle family.

Simpson has been popping up in various roles over the years, usually as eccentric or quirky characters in TV dramas like his role as the hacker Gavin Orsay in House of Cards and currently he plays the unhinged character Soldier on the Sundance original series Hap and Leonard. He may not be the typical leading man but his TV work shows that he should be given a chance to be the leading character in a film rather than just the side characters he usually plays.

There are some actors who are a memorable presence even when they aren’t on screen very long. Some have a natural charm like Paul Rudd or Chris Pratt while others have a more stoic demeanor that draws a crowd like Robert Mitchum. Bill Camp has shown to have a substantial amount of talent without playing a leading role yet.

He is perhaps best known for his brief appearance as the raving lunatic in Birdman who follows Michael Keaton’s character through the streets of NYC, but Camp has been appearing in other films in more interesting roles.

He played Brian Wilson’s dad Murry Wilson in Love and Mercy and added a sense of menace and overbearing control to the character that showed how much Murry had a negative influence on his son’s life.

Camp also played the character Glen in Tamara Drewe, which while being a more light and fluffy film the warmth he projected in that was very different to his performance in Love and Mercy. He has a few big projects coming up soon such as the new Bourne film Jason Bourne so perhaps he will get more notice and acclaim in the next couple years.

Here’s an interesting actor who we’ve seen in a few high profile films over the years. He’s always been one who seemed on the edge of Hollywood stardom but for some reason didn’t make the leap. He has plenty of charisma yet he isn’t a bankable name yet. Moon was the first film where people started to notice him as a leading man. He has starred in plenty of films before but Moon is the prime example of a breakout role that should have catapulted him into the stratosphere.

He was also in the fantastic underrated film Confessions of a Dangerous Mind, which was George Clooney’s directorial debut. His winning combination of charm, wit and emotional variety should be enough to get him more big roles but for the moment he is the ultimate “that guy” actor. His time will come soon especially since he tends to be quite picky about the films he acts in. Well except for the Poltergeist remake but he can be forgiven for that.