The Color of Money (1986) was a big box office success and helped restore Scorsese’s reputation with the studios. This helped him get backing for his long sought personal project, The Last Temptation of Christ, a film version of the 1953 Nikos Kazantzakis’ novel.

The film chronicles the life of Jesus Christ (Willem Dafoe) as he gradually moves from being a down and out carpenter collaborating with the Romans to become the leader of a new religious order.

Along the way he saves Mary Magdalene (Barbara Hershey) from an angry mob and must confront many temptations of the devil as well as the harassment of his on and off friend, Judas Iscariot (Harvey Keitel).

Eventually Christ is captured and sent to be crucified on the cross; before he dies, however, he undergoes a fantasy in which he is allowed live the rest of his life as a human man, marrying Mary Magdalene and having children with her. In the end, Christ realizes this is just the devil’s final temptation and he returns to the cross to fulfill his destiny as the Messiah.

The subject matter of the Kazantzakis novel was highly controversial, as evangelical Christian groups vehemently protested the depiction of Christ partaking in the pleasures of the human flesh during the fantasy sequence. The film was banned from several theater chains and eventually ended up a commercial disappointment, though many critics seemed to like the film and Scorsese was nominated for an Academy Award for Best Director.

The Last Temptation of Christ can now be viewed as one of Scorsese’s greatest accomplishments, a breathtaking film that deals with the director’s often recurring obsession with Christianity and the Catholic Church, and offers some unique insights about the groundbreaking moments that happened at the birth of Christianity.

The early 90’s brought Scorsese huge success by way of Goodfellas, a mobster film now considered one of his greatest works, and a remake of Cape Fear, his most commercially successful film to this point. Given some freedom due to these hits, he again stretched out stylistically with The Age of Innocence, a melodrama about society life in New York during the gilded age.

Unfortunately The Age of Innocence, an expensive movie to make with beautiful sets and costumes (it won the Academy Award for best costume design) was another failure at the box office for a film that was a stylistic reach for Scorsese.

Newland Archer (Daniel Day Lewis) plans to wed May Welland (Winona Ryder), but he becomes distracted when her cousin, the beautiful and unconventional Polish Countess Ellen Olenska (Michelle Pfeiffer) arrives in New York after having separated from her abusive husband.

Always more popular in Europe than it has been in the U.S., The Age of Innocence is one of Scorsese’s most misunderstood films. The film has many fans, however, that appreciate its interesting (albeit melodramatic) storyline and beautiful capturing of the period in the style and dress of the characters.

The film also features brilliant performances by Daniel Day-Lewis, Winona Ryder and Michelle Pfeiffer and a beautiful original score. A unique, one-of-a-kind film for fans of period epics, The Age of Innocence deserves to be seen and appreciated more frequently.

Scorsese quickly returned to more secure ground with Casino (1995), a story of the mob’s influence in Las Vegas which proved to be more popular with audiences than The Age of Innocence. His next two films, however, both failed badly at the box office, again alienating Scorsese’s audience from him.

Kundun, an epic released in 1997 and covering a period of over twenty years, is the story of the Tenzin Gyatso, the 14th Dali Lama of Tibet and how he was forced into exile after Chinese Communists took over his home country.

Kundun begins with a search by Tibetan Lamas for a child to fulfill the role as the new Dalai Lama and the discovery of the two year old boy, who is given a series of tests and finally declared to be the new Dalai Lama when he comes of age.

The episodic film then continues to follow the story of the Dalai Lama as he grows and becomes the spiritual and religious leader of Tibet, only to come into conflict with the Chinese who declare Tibet a part of imperial China after the takeover by Communists.

The Dalai Lama strongly protests the mistreatment of his people by the Chinese, but when it becomes clear that he is marked for death, he must leave Tibet and live in exile as a symbol of peace and freedom.

Kundun presented a number of difficulties for director Scorsese and Disney studios, as the production of the film was protested loudly by the Chinese, who strongly objected to the depiction of the Communist government.

As Disney did not want to risk alienating the Chinese and the potential huge market that they offered to the company, the film was given unenthusiastic promotion and died a quick death a the box office. But Kundun, which was mostly admired by critics, is an intelligent film that was clearly given poor treatment by the studio and deserves another look as the epic story of one man’s fight for his country’s freedom.

Scorsese’s last film of the 20th century, Bringing Out the Dead, starred Nicolas Cage as Frank Pierce, a burned out paramedic working the graveyard shift in New York City. Frank befriends Mary Burke (Patricia Arquette) after Frank and his partner Larry (John Goodman) attend to Mary’s father, who has suffered a cardiac arrest.

Frank’s mental state continues to deteriorate as he is paired with several other partners and encounters a number of weird and stressful situations, including seeing Mary, who has lapsed back into serious drug use.

Eventually Frank saves the life of a drug dealer, Cy, but it all appears to be too late to help the paramedic from his increasingly problematic mental state, as he is again called to the Burke’s apartment to attend to another medical emergency.

Bringing Out the Dead would seem to be more familiar territory for Scorsese, as he was again paired with screenwriter Paul Schrader, who had written Taxi Driver. But Bringing Out the Dead failed to find the same audience as the earlier film, and one had to wonder if the director had returned to the well one time too many.

Bringing Out the Dead, however, was given good reviews by some critics, who felt that Scorsese and star Cage were able to convey the emotion needed to pull off this sometimes challenging material; see this one if you get a chance. 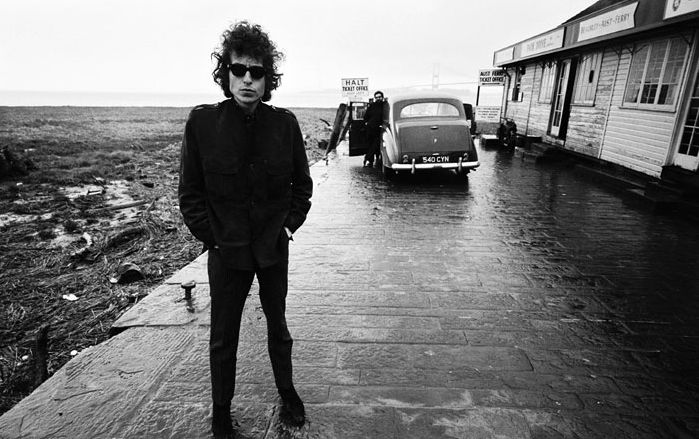 Turning a corner with the advent of the new millennium, Scorsese’s post 2000 films have largely received widespread acclaim, successful both at the box office and with critics. In addition, the director has branched out in recent years, producing and directing the TV series Boardwalk Empire (2010) as well as several documentaries. No Direction Home – Bob Dylan, aired in 2005, was a two part show, running almost three and a half hours, produced as part of the PBS series “American Masters”.

The first part of the show tells the story of Dylan’s growing up years in the iron ore town of Hibbing, Minn. and his metamorphosis into a Greenwich Village folk icon.

The second part of the documentary begins with Dylan on top of the folk world and chronicles his controversial move into rock and roll and his 1966 tour of England, backed by members of The Hawks (who later became The Band, the subject of Scorsese’s 1978 film The Last Waltz).

Brilliantly edited, the show features extensive interviews with many of the important figures in Dylan’s career, including Dylan himself, beat poet Allen Ginsberg and singers Maria Mulduar and Dave Van Ronk, amongst others, as well as exclusive footage of the 1966 tour that was so critical in Dylan’s development.

No Direction Home – Bob Dylan proves that Scorsese has many more interests than simply making fiction films. His extensive knowledge of popular music is on display here, as well as his abilities as a documentary filmmaker.

Martin Scorsese is truly a renaissance man and has been one of the leading figures in Hollywood filmmaking since the 1970’s, and all of his films – even the ones that are less acclaimed – should receive the attention they deserve.