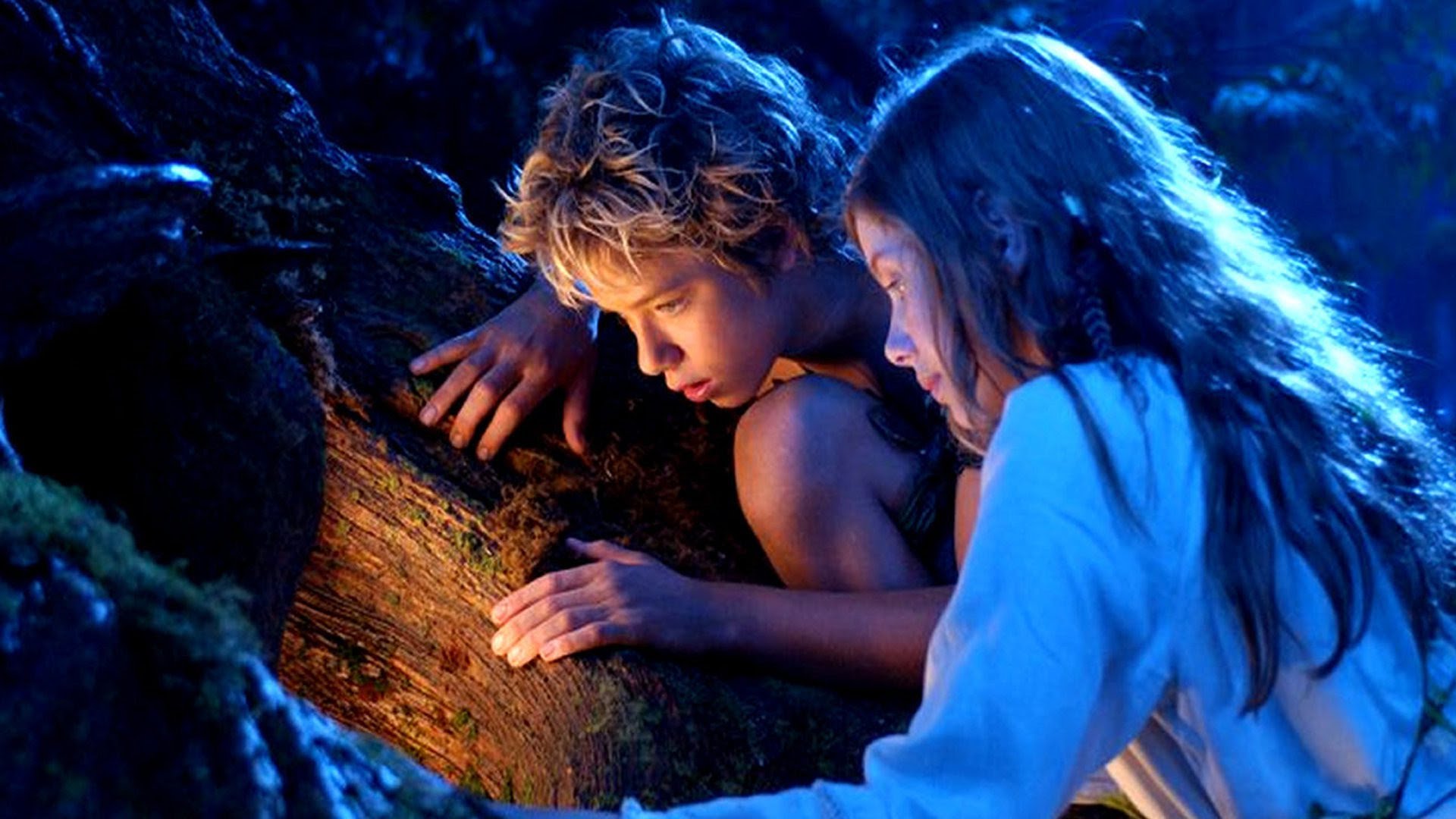 Peter Pan is a very difficult story to adapt to screen since most people will just associate any adaptation with the famous Disney animated film from the 1950’s. The original story by J.M Barrie is a much darker story than the Disney version and this new adaptation tried to capture some of that. It is easily the best version of the famous story that’s been made, but it also came out at the worst possible time for a fantasy film.

Peter Pan came out the same year as Lord of the Rings: Return of the King. The timing of that was unfortunate since many people will compare the two by default and go with the bigger film with more hype. Most versions of Peter Pan outside the original Disney version have been disappointing, especially the most recent Hugh Jackman prequel Pan. Many seem to forget this film came out, but it did fairly well when it was released.

It had a budget of about 100 million and made about 48 million domestically and 73 million foreign sales. So that’s about 121 million overall, which may sound like a lot, but on a 100 million budget, that’s not as much of profit as the studio was expecting. Ever since then the idea of making a new version of Peter Pan has been less appealing for studios since they see it as a big risk. This is a shame since the story has a lot of potential if they go back to what made the original story unique.

The main issue there is people will always have the image of the classic Disney kid’s film in their head and many will most likely reject an accurate adaptation of the material since the story is very dark at times and not the sort of story parents would find as appealing.

That being said, this film is still the best and most accurate version of the story. Another good one may come out at some point but until then despite the film being a relative low performer box office wise, it is one of the better fantasy films of that era. 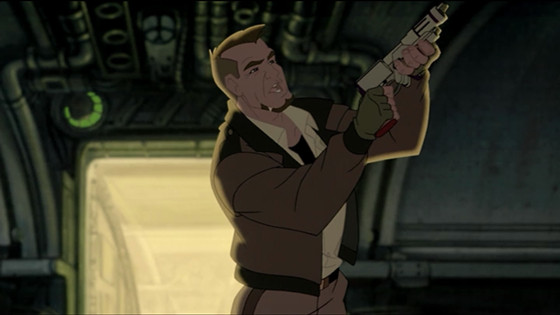 I remember Titan A.E getting a lot of hype when it came out. The creator Don Bluth was well known for fantastic films like An American Tale, Secret of NIMH and All Dogs Go To Heaven. Many people grew up watching his films so Titan A.E had a big marketing push. I was too young to remember exactly how it was advertised but I definitely recall seeing Bluth’s films when I was a kid and being excited that he was making a sci fi film.

Then when it came out all the hype built up to a film that many were indifferent to. There wasn’t much dislike or animosity towards the film but people seemed let down by it. The production budget was about 75 million and it only ended up making about 36 million. Considering the talent behind it and the voice work of Matt Damon, Bill Pullman, Drew Barrymore and Janeane Garofalo it seems like the studio was expecting the film to be a huge hit.

Looking back the film is quite ahead of its time. The use of hand drawn animation mixed with computer-generated effects is a visual marvel. The story of a group of earth refugees leaving the planet after it’s destroyed is an interesting and surprisingly dark material for the kind of film they were advertising.

The film never found an audience at the time and it’s not clear how nostalgic people are for it. Some films gather a cult following many years later, but Titan never seemed to find the audience it needed to be successful. That may be down to people being confused as to whether it was a family film or not.

There are family friendly elements to it but many parts of it are not as accessible as Don Bluth’s other films. It was a big risk at the time to make an animated sci fi epic and it didn’t pay off financially but the film has gathered a small following of people rediscovering it years later. 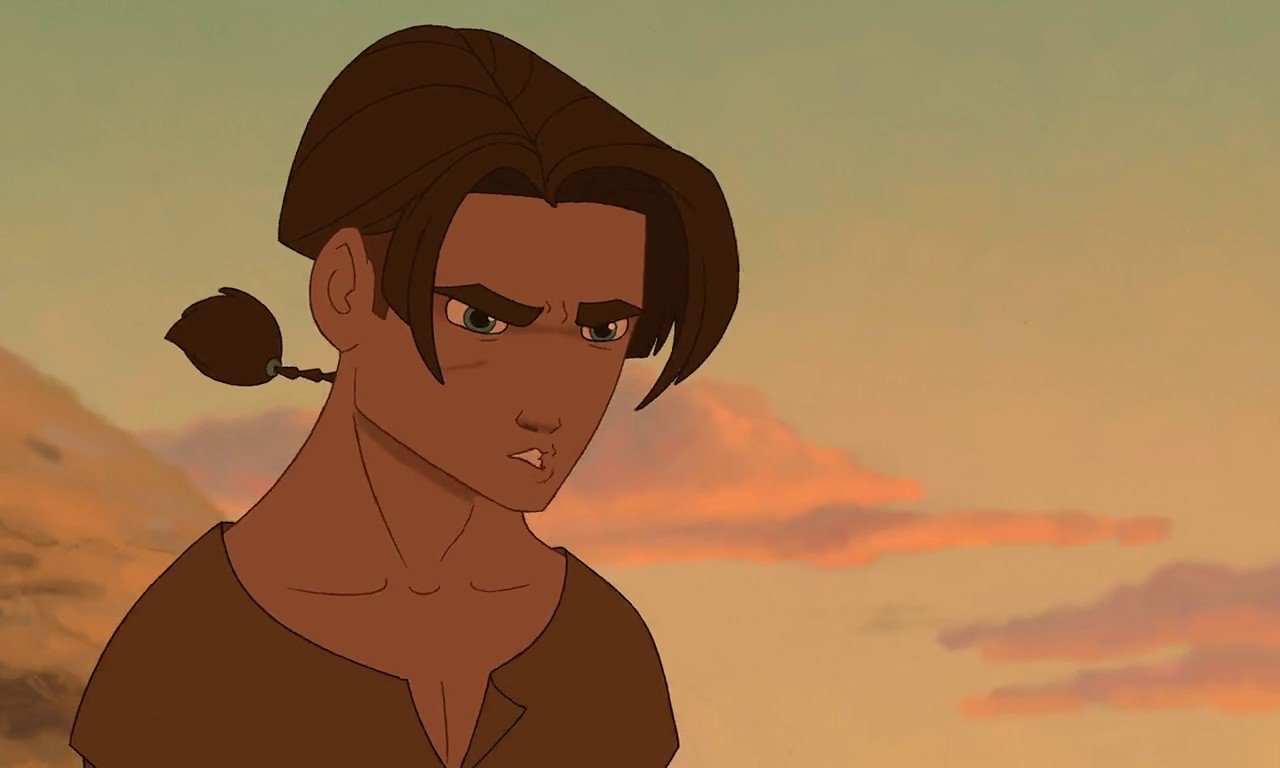 This is another film that tried to mix traditional hand drawn animation with a 3d computer generated style. The results are quite impressive and the science fiction retelling of the famous Treasure Island story is compelling but this is another gamble that didn’t pay off in the way Disney expected. It has a better chance of being a future cult classic than Titan A.E though since it wasn’t s much of a financial bomb.

It cost about 140 million to make and made about 38 million domestically and 71 million in foreign sales. So about 109 million overall that isn’t great for a budget of about 140 million, but it could have been much worse. The film has a great voice cast consisting of Joseph Gordon Levitt, David Hyde Pierce, Brian Murray and Emma Thompson who all play their roles very well.

Murray as John Silver plays the character with gusto and Joseph Gordon Levitt as Jim Hawkins captures the character’s youthful innocence and fascination with exploration but these strong characters failed to interest the audience as much as Disney were expecting. To be fair, it was nominated for best-animated feature at the Oscars in 2002, but it is still considered a financial flop despite the praise it received at the time.

Marketing and timing played an important part here. Disney really pushed the film with merchandising and advertisements, but many didn’t catch up to the idea of a futuristic retelling of a classic story. It’s not a perfect film, the concept of a classic novel like Treasure Island set in space creates some brilliant and vivid imagery but the balance of the imagery with the heart of the story never hooked people.

Many believed the sci fi angle to be gimmick and thought the story lacked the heart of the original Treasure Island story. This is an understandable perspective but it’s selling the film short since the central dynamic between Jim Hawkins and John Silver is the soul of the film and the prime focus. When it shifts away from that it loses some of that charm, but for the most part it is a much better film than many were lead to believe.

Here’s another film where the marketing played a prime role in its failure. Soldier is the most generic title for a film imaginable. It gives the audience nothing to latch on to since a soldier can be in any time period. The only thing the audience knew when it came out is it’s a science fiction film with Kurt Russell called Soldier. That’s not a great way to sell a film. Kurt Russell is a charismatic actor but he can’t sell a film that people don’t want to see in the first place.

Soldier had a budget of about 60 million and made about 14 million. It was originally conceived as a kind of spin off piece to Blade Runner since the writer of the film David Peoples co wrote Blade Runner. The connections are vague but you can see what they were going for. One part of the film that many were disappointed by is how Kurt Russell despite being the film’s star is silent for a large part of the film.

This works to create a sense of mystery and ominous menace to his character but many went into it expecting Russell to spout off one-liners like some of his past performances. This is a very different film to what people were expecting. That’s not to say it’s a great one either, the plot is thin and the characters are one-dimensional but it creates a unique and intriguing world wit some fantastic action set pieces.

It’s very difficult to market a film where the lead is silent so this film was doomed from the start but if you’re looking for a fun action science fiction spectacle then this is certainly a fun choice. It’s one that has achieved some success years later as a B movie gem but most people don’t seem to know about it. 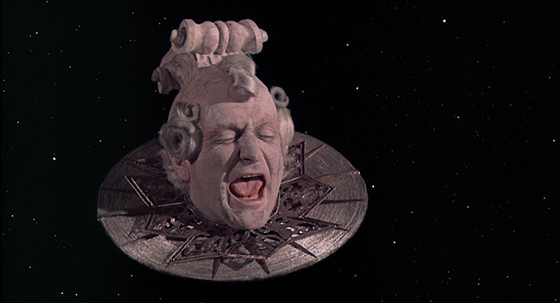 The budget issues concerning Baron Munchausen are difficult to place. The planned budget reportedly was about 23.5 million but other reports later claimed it ended up costing closer to 46 Million. The director Terry Gilliam claimed that the film was nowhere near 40 million, so if that’s the case then the film’s status as a financial bomb may not be as dire as some think.

There are a lot of mixed reports on the film’s final budget and the claims of it costing more than 40 million appear to be exaggerated. This is one of those cases where the infamous stories behind the film are better known than the film itself. Despite all that the film still made only about 8 million, which is still a substantial loss.

The unfortunate point here is that Baron Munchausen will forever be remembered as a bomb despite people really not knowing exactly what happened to get to that point and how much it really cost. Gilliam is one of my favorite directors but he has had mixed experiences in the Hollywood system.

His films are far too unique and visionary to be assembly line products. Munchausen is a fantastic film in every way. The performances by John Neville as Munchausen, Eric Idle as Desmond, Sarah Polley as Sally Salt, Oliver Reed as Vulcan and everyone else in the cast come together to create a brilliant vision of the imagination taking us to far away places. Gilliam often incorporates the theme of reality versus fantasy and how we try to escape our banal existence in fantastical ways.

The sweeping narrative of Baron Munchausen overcomes any financial and budget related issues. In the end it shouldn’t matter to the audience how well the film does at the box office. The quality and what you think of it are the deciding factors behind whether we enjoy a film or not. The behind the scenes stories are interesting but for the most part they shouldn’t shape how much you enjoy a film.