“The Exorcist” was, and still is, one of the most praised horror movies ever made. At its release, it was described as one of the scariest movies of all time; it still holds up, and it practically spawned the entire possession-horror subgenre.

The movie stars Linda Blair as the young girl who is possessed by the Devil, and follows the two priests who are summoned to perform an exorcism. The movie was a hit with audiences and critics alike, and the success of the movie resulted in two sequels and two prequels.

Audiences may remember that the first movie did not exactly set up a sequel, but the first sequel (“Exorcist II: The Heretic”) set it straight by stating that Blair’s character was still possessed. By the time they had drained out the sequel material, two prequels were made, telling the backstory of Father Lankester Merrin.

What all of the sequels seemed to have in common was that they were not scary; in some cases it seems they did not even try, as the stories were either way too simple or way too convoluted, and the characters were, for the most part, bland and boring. What had once been one of the scariest movies of all time, was turned into standard, bland horror sequels. 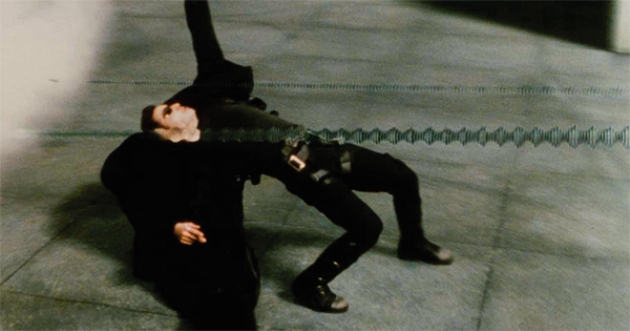 “The Matrix” is one of the best science fiction movies to come out of the 1990s. Despite the fact that the plot is not as original as for what it was praised, it is still an excellent movie.

The movie stars Keanu Reeves as the ‘One’, the savior of mankind, and focuses on his quest to liberate the human being from the oppression of the machines. The Wachowskis (the creators) managed to mix a captivating story with some groundbreaking effects in the creation of the movie, and both still hold up pretty well.

The movie became a hit, being praised as the most creative movie of the time, and it is credited as the movie that perfected the use of bullet time effects. The success made the studio demand two sequels to a movie that obviously did not need one, and The Wachowskis tried to deliver.

The two sequels (not counting “The Animatrix”) were rushed into production and they hit theaters way too soon, with clear signs that they were made too quickly.

The effects that were loved in the originals were overused, the plot became overly convoluted and many of the plot points became unnecessary, the philosophical edge of the original was taken to ridiculous extreme in the sequels, and the questions that the movies asked were never answered.

Overall, the sequels had some good ideas, but they were never utilized correctly, and the ultimate letdown of the third installment has led many to criticize the original movie for suffering from the same problems as the sequels. In the end, “The Matrix” would probably had been a better and stronger movie without the sequels.

From the master of suspense himself came a movie in 1960 that would later become one of the most beloved horror movies of all time: “Psycho”. Despite the mixed reception at the movie’s initial release, it quickly gained both critical and commercial success, and it was praised for its inventive storytelling, brilliant camerawork, and one of the most memorable twists of all time.

The studio was decent enough to wait until Hitchcock’s death in 1980 before they started exploiting his movie for the worse. From the years 1983 to 1991, three sequels and a spinoff were released, each worse than the previous, and to top it all off, a horrifically bad remake was released in 1998.

“Psycho” is regarded as one of the best horror movies ever made, and to follow up one of the Hitchcockian masterpieces is nearly impossible. The sequels were mostly just bad slasher movies, with boring characters, pointless violence, and all of them failed to convey the Hitchcockian feeling. Fortunately, the sequels have largely been forgotten.

Steven Spielberg is one of the most legendary American directors still working today, and of all his movies, “Jurassic Park” is considered to be one of the best summer blockbusters.

The iconic movie was praised for its brilliant and groundbreaking CGI, and in recent years for its use of practical effects, and it featured an original plot (based on a novel, but never seen in a movie before) and some iconic and memorable characters.

“Jurassic Park” was a hit with audiences and critics, as well as commercially, and because of the success it managed to spawn a franchise.

Audiences realized quickly that sequels to a movie that was successful because it was unique were maybe not the best idea. Two sequels followed, and both failed spectacularly to convey what people had loved from the original, and instead of focusing on the characters and story, they focused on the spectacle. The problem was, people had already seen the spectacle.

Even the most recent installment in the franchise, “Jurassic World”, did not even come close to matching the original. Despite the fact that it did receive critical acclaim, it still had many of the same problems as the other sequels, such as bland characters, unforgivable plot holes, and CGI that did not look better than the CGI from the movie that was more than 20 years older. Maybe they should had just left the Park alone?

“Jaws” is placed at number 1 on this list because the sequels did not just ruin the “Jaws” franchise, they practically killed the entire shark movie genre.

Apart from being yet another great Steven Spielberg movie with terrible sequels, “Jaws” is the ultimate shark movie. Working brilliantly with the less-is-more principle, “Jaws” terrified audiences and sparked an entire generation of shark fear.

The movie tells the terrifying tale of a shark attack on the small island community of Amity, and follows the team that sets out to stop the shark. Unsurprisingly, “Jaws” was a hit with audiences and critics; it earned $260 million as opposed to its $8 million dollar budget, and it launched the career of Steven Spielberg.

In the following years, three sequels were released, and for each release, the quality declined rapidly. The first sequel (“Jaws 2”) suffered from a complete lack of tension, a rehearsed plot, and little to no credibility. The next two sequels (“Jaws 3-D”, “Jaws: The Revenge”) had laughably bad effects, one-dimensional characters, and (especially in the last installment) ridiculous plots.

All three of the sequels were panned by the critics, “Jaws: The Revenge” is one of the few movies to hold 0% on Rotten Tomatoes, and after that point people stopped taking shark movies seriously.