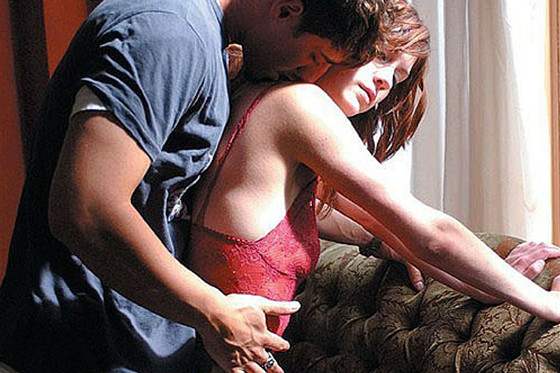 Her affair with David (Eric Balfour) who she meets at a night club, only proves that she is a broken and vulnerable individual trying to feel something while simultaneously numbing down her familial and personal problems through her sexual addiction (although which of the two issues came first is completely unclear).

Despite their sexual chemistry, what Leyla and David lack is communication and honest expression about their problems outside of the bedroom- or wherever else they have sex. As David is forced to confront his father’s health issues and Leyla deal with a hinted scarring childhood and her parents’ recent divorce, the two begin to drift apart as Leyla tries to find comfort in casual sexual encounters, ignoring her feelings for David. 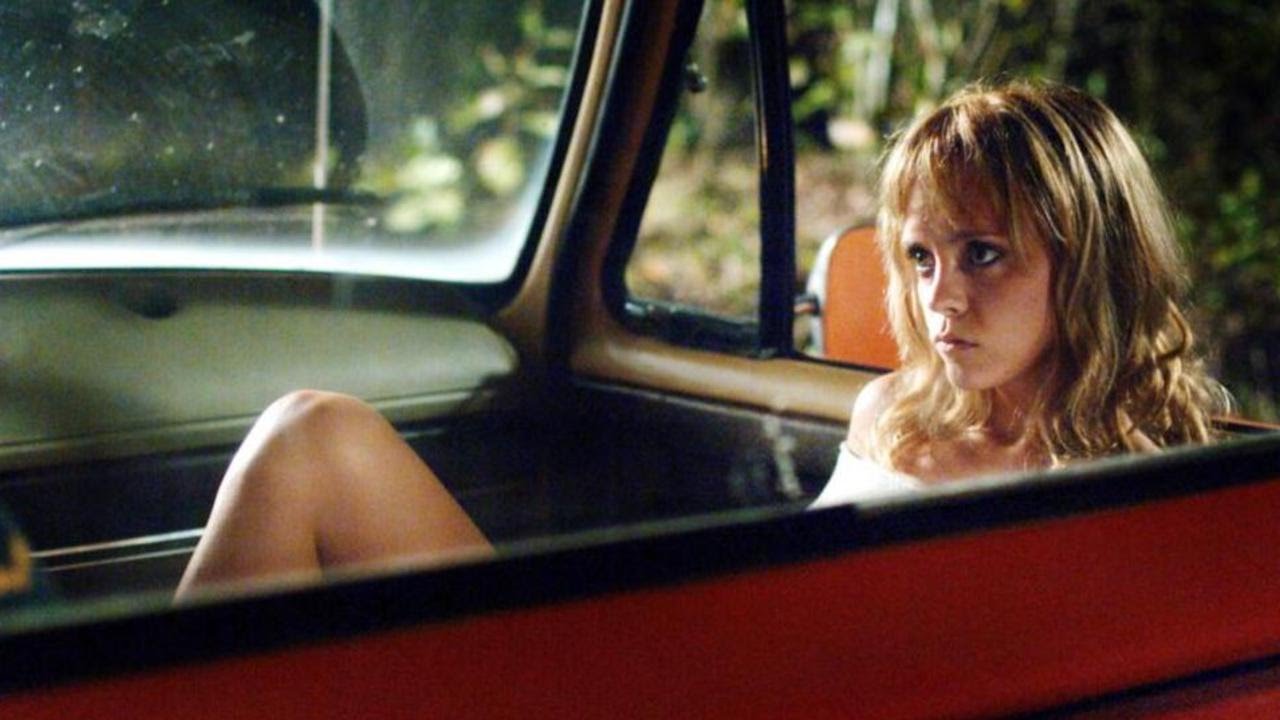 Craig Brewer masterfully coats a deep moral message with a cheaply sensational polyester jacket- and manages to really pull off the combination. Black Snake Moan portrays nymphomaniac Rae (Christina Ricci), who after being found washed-up following yet another self-destructive experience, is taken in by ex-blues-man Lazaros (Samuel L.Jackson).

Although this movie does the opposite of honouring female sexuality, it explores it as a mental illness of which getting rid off shows only positive outcomes- despite Lazaros’ methods which are slightly questionable as he determinedly ties Rae up to a radiator until she redeems herself from her sinful behaviour, proposing a suburban religious insight onto nymphomania.

As the relationship between the two progresses, it becomes evident that Rae is not the only one who is damaged and that recovering from the past is a mutual experience for the two. 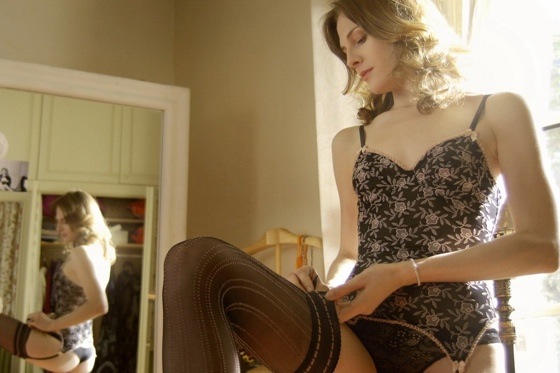 Diary of a Nymphomaniac by Christian Molina is the perfect example of a nymphomaniac’s sexual explorations through life. Valere (Belere Fabra) is a nymphomaniac that is confident and uncompromising; she loves sex and explores different ways to satisfy her one true passion in life, coming to understand that perhaps pleasure and satisfaction with living doesn’t need to include love.

Throughout the movie Valere discovers her sexuality through marriage, prostitution and her various lovers, and through this she discovers for herself what this world is, as well as growing and learning about her own self and her desires. 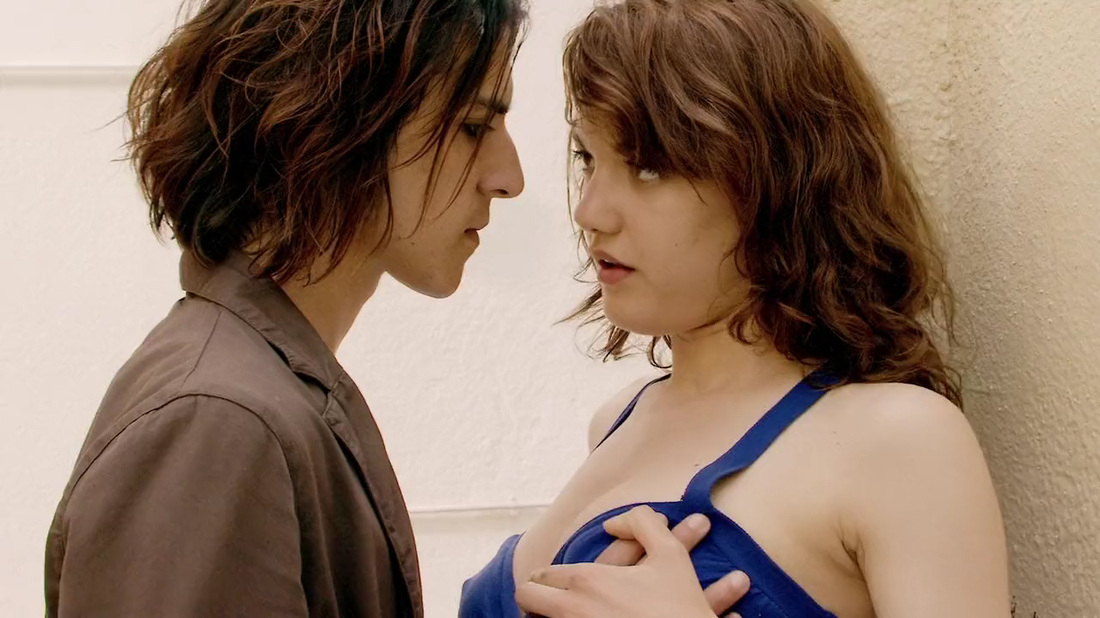 Cecile (Deborah Revy) is a symbol for desire in her small town distraught by an economic crisis. Devastated by her father’s passing, Cecile’s lustfulness increases as she turns to sex for comfort.

At first it seems that her sexual desire and promiscuity are a toxic element to both her and the people around her, but as the story continues, it slowly becomes evident that the young girl may be the flame that everyone needed in such hopeless times as she evidently helps to restore both the relationships and the lives of people around her using the only thing she knows – sex – as her tool. As for her own happiness, she finds that she herself still has faith in love and that it may have been hiding just under her nose. 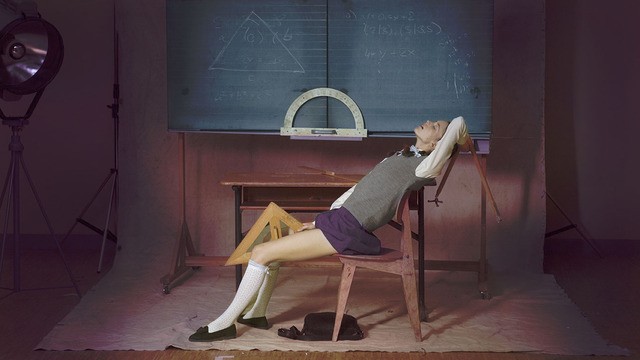 If any movie is a good example of female sexual addiction it is of course, as the title hints, Lars Von Trier’s Nymphomaniac: an exploration of lust and sex in all it’s forms, shapes and sizes. Although both loved and hated, Nymphomaniac offers an honest confession-like approach regarding sexual addiction and its impacts on one’s life.

Although the protagonist Joe (Stacy Martin/Charlotte Gainsbourg) never quite verifies whether her view on her nymphomania is positive or negative, she gives enough insight into her life by telling her story to her rescuer, middle aged Seligman (Stellan Skarsgard), for the viewers to decide for themselves.

The film is not without Trier’s usual daringness – full of close-ups of genitalia , graphic sex, abortions etc. – but Trier, being no stranger to the theme of female sexuality, uses his skilfulness to make sure that none of these elements classify the movie as pornography or more importantly take away from the philosophical genre of the movie.