By far, Leigh’s Daisy Domergue was the best thing about ‘The Hateful Eight’. Leigh, known for several indie films, came to work with Tarantino on his eight film, focused on a bunch of strangers caught in a cabin during a blizzard, where one (or maybe more) of them isn’t telling the truth.

As Daisy a.k.a. ‘The Prisoner’, Leigh portrays one of the most unlikable-yet-charismatic characters on the film: a ruthless manipulator and a nasty (but quite funny) villain, Leigh delivers many of the film’s best scenes (let’s just think on the guitar scene of the final negotiation with Walton Goggins’ Chris Mannix).

Even when surrounded by a cast of tough guys, Leigh seems to fit perfectly among them—with the exception that she’s the one manipulating the whole situation. This led to several nominations for Best Supporting Actress, including at the Academy Awards and the Golden Globes. Leigh herself has said that Daisy is the best character of her career.

And so, to see her reteaming with Tarantino, especially hot-on-the-heels of her Academy Award-nomination, would be an interesting exercise for the actress, the director, and the audience itself. 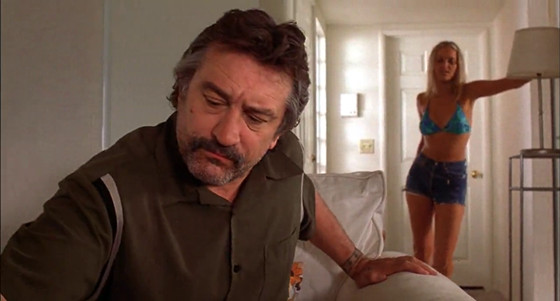 Known for mostly playing tough, violent guys (especially at the hand of Martin Scorsese), De Niro made an interesting exception in Tarantino’s ‘Jackie Brown’. While one could have assumed that a combination between the actor and the director would have been the most violent film either of them had been involved in, the case was almost exactly the opposite.

As Louis Gara, De Niro plays a silent character who, unlike many of his other characters, isn’t the lead, but the villain’s right hand man. Of course, he has a couple of badass moments, but they are far from being some of his best.

But that is why another collaboration between the director and the actor would be interesting. For even when, at this point, both of them have had remarkable careers, a second combination of their talents, could (probably) create another version of the actor. Also, it could be quite good to see De Niro’s talent being well-used by a director such as Tarantino, especially considering some of his latest roles have been rather lacklustre.

While DiCaprio has taken on all kinds of difficult characters, his collaboration with Tarantino in ‘Django Unchained’ unveiled a very different side of him. As the evil plantation owner, Calvin Candie, DiCaprio created one of Tarantino’s nastiest villains. A racist and egocentric man who enjoys mandingo fights and torturing slaves for his own fun, DiCaprio manages to portray Candia, with the same intensity that De Niro or Nicholson did with their biggest villains, back in their day.

DiCaprio created one of his best characters thus far. Even when the filming was rough between him and Tarantino (as some reports have said), the director himself said that he would love to reteam with DiCaprio at some point. A second collaboration would be interesting, to see where they would take their combative creative relationship next.

There is no doubt that one of the funniest characters in Pitt’s career was his portrayal of the Lt. Aldo Raine in ‘Inglourious Basterds’. As the eccentric and badass leader of a small platoon of Jewish-American soldiers sent to violently kill Nazis in France, Pitt brought a relaxed and charismatic performance, different to many of his previous works.

And while certainly the film isn’t a comedy, Pitt managed to create some funny moments (such as trying to speak in Italian) that helped to make the film one of Tarantino’s best works.

Therefore, having collaborated on one of the finest works for each of them, a second collaboration could make them explore a different side of their combined talents. 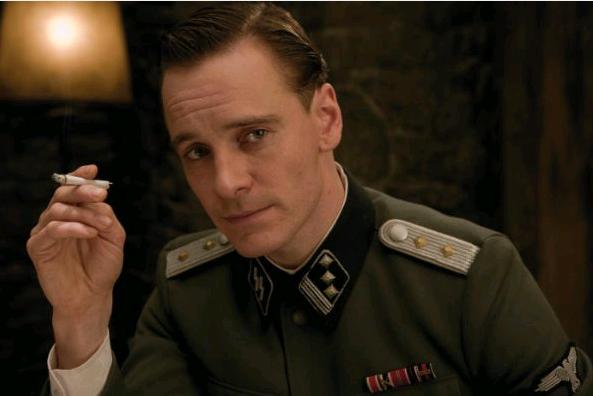 As mentioned earlier on this list, ‘Inglourious Basterds’ brought new faces to general audiences. While, at that moment, Christoph Waltz and Melanie Laurent earned more international attention, Michael Fassbender certainly wasn’t ignored. Since the 2009 film, the actor has made his own way through several films, both blockbusters and indie works, gaining more and more attention from audiences and critics, until becoming one of the best actors of his generation.

Focusing on his collaboration with Tarantino, it wasn’t exactly big, but it brought one of the best moments of the film. As the British Lt. Archie Hicox, Fassbender created a charming, classy officer who is sent to meet a double agent, in order to set in motion ‘Operation Kino’, a secret mission dedicated to killing most of the high-ranking Third Reich.

But Hicox fails due to the simplest mistake. It is the naturalness and calmness that Fassbender delivers through a moment filled with suspense that made the famous basement scene so memorable.

While his collaboration with Tarantino may not be among the best characters of either the actor or the director, it undoubtedly featured one tremendous scene in which Fassbender was crucial. To see Fassbender working under Tarantino once again as a major character could create a very interesting experience for them and the audience. After all, when he went to the set of ‘Django Unchained’, just to talk with the director, a lot of people jumped in emotion, at the idea that he could appear in the film.

Well? Would you like to see any of these actors working once again with Tarantino? Or any other we haven’t put on the list? Let us know on the comments below!