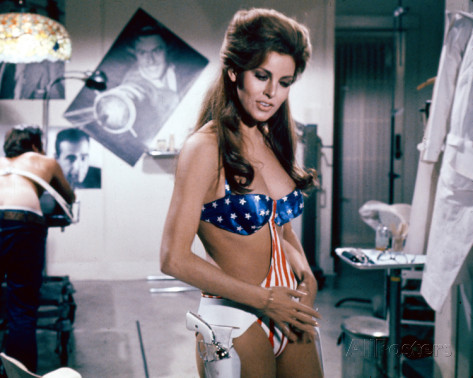 At its core, Michael Sarne’s film is essentially a $5 million homoerotic gag, though it’s hard to say whether the joke was at the expense of Gore Vidal (who wrote the source novel), backers Twentieth Century Fox or the audience.

Courtesy of a sex change performed by Dr John Carradine, Myron Breckinridge (Rex Reed) has transformed into Myra Breckinridge (Raquel Welch) and decided, for no particular reason, to teach “Cinema Love Making” at a phony dramatic school run by his/her uncle. Also around, for equally unfathomable reasons, is Mae West, who sings Hard To Handle and talks about establishing “a boy bank where credit is always good.” 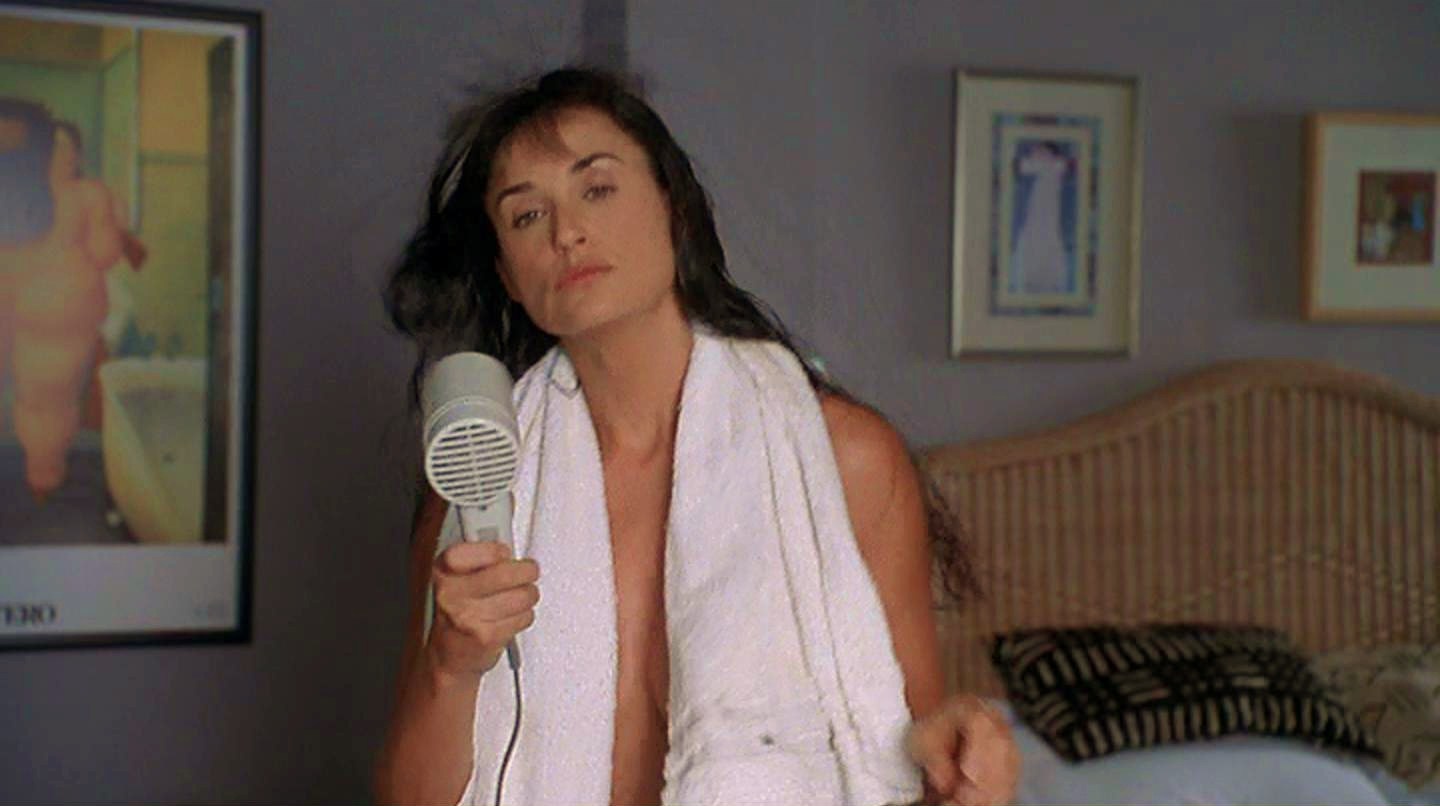 Based on a decent novel by Carl Hiaasen, Striptease is a dumbed-down-for-the-masses vehicle for Demi Moore, who one doesn’t immediately associate with comedy, unless Indecent Proposal and The Scarlet Letter were supposed to be funny.

She plays Erin Grant, a chiselled, surgically enhanced single mom who strips at The Eager Beaver (a club whose logo features a Jessica Rabbit lookalike sitting astride a pink rocket) and just wants to regain custody of her daughter from slimy Robert Patrick, who steals wheelchairs to make a quick buck.

Even though she dances like Elizabeth Berkeley in Showgirls, Moore comes to the attention of Dave Dilbeck (Burt Reynolds), a Congressman with a weakness for titty bars and murdering his opponents, causing her to wonder aloud, “How did I get so popular?” (how, indeed?).

When Dave invites her to dance for him on her yacht, she storms out after he confesses to stealing (and making love to) her laundry lint, and if that sounds lame and silly, it’s just the tip of the iceberg in a film that mistakes shameless mugging for comic timing and often substitutes airless drama for jokes.

In fact, nobody gets an opportunity to raise any laughs, steal the show or even deliver a good line. There’s nothing to work with in writer/director Andrew Bergman’s script and he seems to know it, lingering on the strip scenes longer than is strictly necessary. It ends with the villains trapped in a sugar mountain with their heads sticking out, looking like The Three Stooges. One of them says, “You have a serious dandruff problem” and the last remaining audience member walks out.

Released in 2010, Birdemic came to the attention of Mystery Science Theatre 3000 fans for its laughably cheap effects, bad acting and corny storyline, which might be entertaining if watched with an audience, but anyone who’s ever sat through this turkey on their lonesome will see things differently.

Half the movie is given over to whether or not yuppie Rod will score with Victoria’s Secret model Natalie, and when he does, they suddenly find their small town overrun by crappy digital birds created in 5 minutes on the director’s laptop.

Taking inspiration from Alfred Hitchcock’s The Birds (Tippi Hedren is seen on a TV at one point), writer/director James Nguyen has instead created a movie that ranks with the worst movies ever shown on MST3K – it’s cheap, sluggish and coma-inducingly awful.

If you ever have to choose between watching glaciers for a million years or seeing a film written and directed by Jason Friedberg and Aaron Seltzer (Date Movie, Meet The Spartans, Vampires Suck etc), here’s a helpful tip: watching ice melt is underrated.

An endless succession of references to 2008’s movies, TV shows and celebrities, Disaster Movie gives us 10,000 BC, Gladiators and Amy Winehouse ‘jokes’ before moving on to the likes of Juno, Superbad, Wanted, Hancock, Enchanted etc. Friedberg and Seltzer don’t actually satirize anything, they just reward their MTV-saturated, junk food-munching demographic for their pop culture knowledge.

Their films aren’t meant to be viewed by anyone out of their late teens which, given the level of wit on display, is just as well. If you can’t mock Hanna Montana or Indiana Jones and the Kingdom of the Crystal Skull, get a day job.

The tragedy is that Steve Gerber’s comic book character is loads of fun, a cynical, bad tempered duck from another world who’s angry at being stuck on a planet where Jimmy Carter can become President. In this George Lucas-produced megabomb, however, he’s the invention of a focus group, a special effect intended to appeal to a broad demographic. Now give us all your money and shut up.

Writing in Twilight Zone Magazine, Gahan Wilson called the film, “outstanding in its attempt to cater to an audience of remarkably low intelligence. I think it would be fair to say that the level of its aim could be described as condescending, even insulting, and it’s kind of awesome to try to envision what kind of theaterful they must’ve had in mind.” 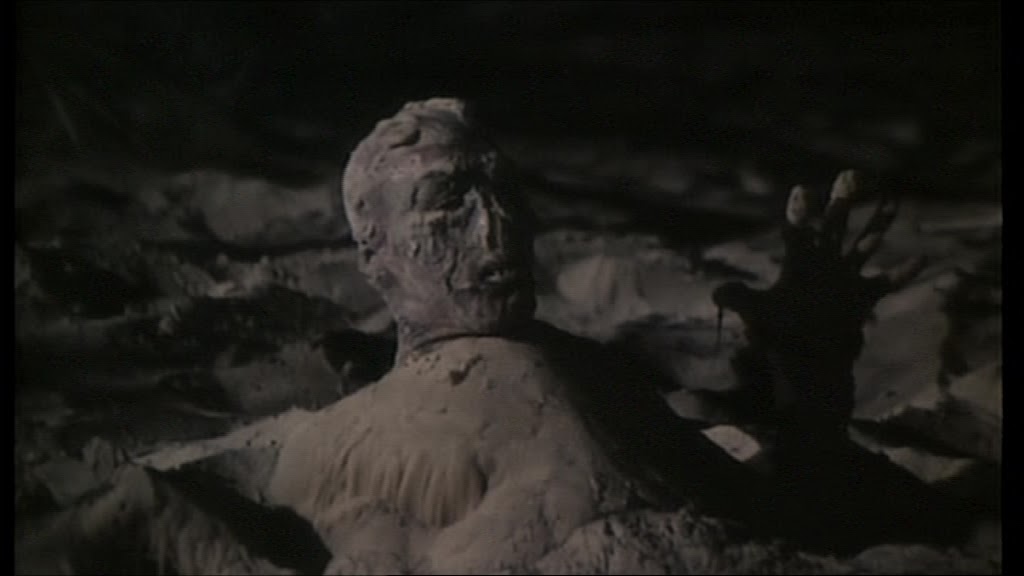 It’s a sign of how mind-numbingly boring Oasis Of The Zombies is that its own producers attempted to enliven the proceedings by cutting in action sequences lifted from a different movie – and failed miserably.

Look up “Watching Paint Dry” in any film guide and you will find a review of this tale of WWII soldiers who encounter Nazi zombies in the African desert. Hiding under the pseudonym “A.M. Frank” is director Jess Franco, no stranger to plodding exploitation films, though here his direction consists of removing the lens cap from the camera.

No-name actors spout meaningless gibberish about finding themselves in a succession of sequences so interminable you’ll be convinced that Franco just set up the shot and walked away. On a side note, it’s perhaps worth noting that this film was his reaction to the similarly-themed Zombie Lake, another dreary film about undead Nazis. Compared to Franco’s efforts, though, it looks fantastic.

A candidate for the most unwatchable movie ever, Manos looks like it began as a bet – and it did. When Hal P Warren, a fertilizer salesman from El Paso, told Stirling Silliphant, the Oscar-winning screenwriter, that any fool could make a movie, Silliphant said it sounded like a wager.

Warren eventually won the bet – it’s just the viewer who loses. From an opening travel montage over which the filmmakers forgot to add a credits sequence, through the blurry cinematography and horribly dubbed dialogue to the sleepwalking performers, Manos is the ultimate monument to incompetence.

Warren began shooting with a 16mm camera that could only capture 32 seconds of film, so that was the maximum length of any shot. The clapperboard is visible in one sequence, while a night scene has two police officers conduct a search by taking three steps back – as far as the lights would illuminate.