Lauded as necessary to be viewed several times in order to be understood, Shane Carruth’s debut boasts much more than such a vacuous pitch line. Countless timelines of the film have been shared online, and a truly snobbish audience would simply be informed about the order of events before watching it to avoid feeling confused and dumb… alas, this movie does anything but.

Any viewer can recognize a paradox (when it comes to time-travel stories, it’s obvious when something couldn’t have happened if not for an earlier event mentioning the very thing in the future that led to it after going back), and Primer sends those like a fresh shower.

An intellectual ambush is already expected, especially when you’re watching a major-distributor movie made with 7 Grand, written, starred and directed by a South Carolinian mathematician. But the real heart of the film lies within its metaphors, such as mice, the perennial allegory for questioning humanity’s ethics (if you travel through time, you’re basically… tampering with one version of yourself).

While not necessarily a movie for any and every taste, Primer is prime entertainment, and its flaws are so subtle that you won’t notice them unless you’re listening to the commentary track (watch Shane say “cut” during the nighttime scene in front of a fountain).

With moral and wit, this movie presents a realistic approach to time travel with believable motives, providing a classic case of “they did the math”. Keeping grounded within its established walls of reality, Primer sets itself up for something awe-inspiring and delivers a seemingly open-ended yet devastating look into how ambition meddles with every aspect of one’s life.

The concept that became “one thing inside another” started out as a thought to be implanted deep into the subconscious. And this ostensible ode to filmmaking serves as an interesting study into the human mind. It’s common to dream of running just to have both legs give up, which is why DiCaprio’s Cobb becomes relatable when he gets stuck in an narrow alley while inside a dream.

In a reality where anyone’s dreams are a physical place to travel to, full with real-life equipment and knowledge retained, money is to be made by infiltrating the mids of CEOs in order to extract deep-rooted secrets. This morally ambiguous premise sets up a ragtag team of scientists and specialists who work together in distorting the realities within dreams so that their voyages only contain the disasters they foresee and plan themselves.

Carrying the baggage of regret becomes an easy recipe for deviation, clearly noticable during the climax of the fim, which contains what has to be the most accurate representation of the subconscious mind in film to date.

In a desolate set of run-down buildings, people who have lost their self wait to be saved, catatonic and ambivalent, the deepest reaches of the mind show a glimpse into the dangers of thought manipulation, since thoughts themselves are unstable in nature, without mentioning they are the energy with most potential to become reality.

Nolan’s thesis on dreams makes for a flashy blockbuster, with top-notch acting, standard-setting special and practical effects and his trademark of convoluted plot broken down in a way that never hinders the enjoyment of the film. You know you have an achievement in filmmaking when critics and audiences alike can’t seem to decide on who loves a movie more.

It touches a universal nerve when a famous French song slowed down reminds us of a van falling over and this reflecting upon several layers of reality, earning this movie a permanent spot in film history.

Jared Leto sure loves to take a beating in film, be it physically, emotionally, or simply in aesthetics. Mr. Nobody remains consistent throughout with its theme of three realities, and divides it in every way possible: past/present/future, Anna/Jean/Elise, Red/Blue/Yellow. The sci-fi world this film creates in its perceived future, where Nemo is old, frail, and with a vivid yet failing memory, is a love letter to probability and alternate realities.

Daydreamer Nemo Nobody is an otherwise nameless boy who lives plagued by anxious thoughts of what could happen, which road to take, and how to act, worried by how to reverse entropy and how to please everybody, avoiding conflict, pain, and discomfort. But this hero’s life takes him everywhere else: to the train tracks of despair, where decisions pave way or unimaginable potential and versions of one’s life that could go anywhere.

Not only is the central narrative enveloping the protagonist complex, but the whole way the film is presented, realities shift from one plane of consciousness to another.

Whether the story takes place in heaven as per old Nemo’s story of where everything began, or as part of a play while reminiscing life with a wife, Mr. Nobody relentlessly delivers exposition in so many ways that give insight to the main character’s thoughts, making him relatable and making the viewer feel as if watching a PBS special about infinite possibilities.

Many little things make this movie huge, and all the elements stitched together result in premium-quality cinema, reaching levels of unbrindled emotion and making the audience think about their own lives. This is one of those works of art where the color scheme, performances, and overall production design conjoined with every other element gives more than just a film: this is an experience. 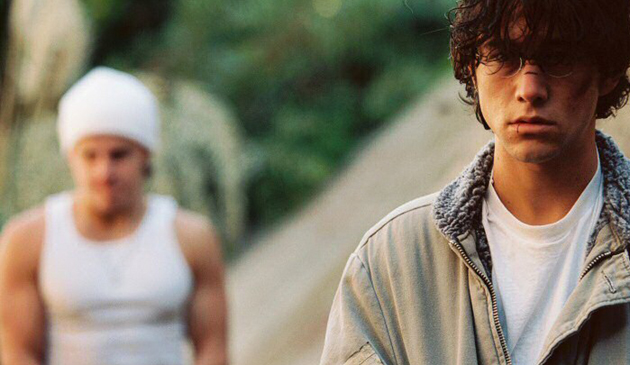 Rian Johnson’s debut as an acclaimed director began with this noir about high school students talking smack and talking about smack. For any linguistically conservative person, the dialogue would practically requires subtitles, since it’s all in detective slang. This adds to a loose definition of multi-layered reality. Most of the scenes take place within a confined space of one city, but the fantasy sequences are where Johnson really showed off his sci-fi chops.

Using simple, yet polished and effective practical effects, these scenes ended up being so abundant that a few were removed from the final cut of the film in order to keep it grounded within one frame of reality, but the intricacies of the plot alone are head-scratching enough that, added with the constant action and dutifully executed tone, envelop the story in a multi-layer diegesis sure to burn through the viewers mind as a stimulant chemical that causes inspiration and awe.

In his pre-The Walk rising fame, Joseph Gordon-Levitt speaks mischief fluently, quoting others to get what he wants, seeking answers and blocking out unpleasant memories to advance in his schemes to avenge his dead girlfriend. The three main layers in which the story operate are: high school, cocaine lords, and Brendan’s mind.

Obviously the most contained of these scenarios is the real-life school. But after the second act, when Brendan departs to the outside world of his breakup-causing comforts, he’s faced with a hero’s journey of epic proportions… where he gets the shit beaten out of him.

Much like Walter White, Brendan relies solely on his wit to make it out alive of the drug world, providing deep insights into his mind and how he gets out of things. He even faces his own demons once he has time to reflect, on what pushed away the only relief to his loneliness, and on the new friendship he had to make by backstabbing older, stale friendships.

High School Drama and the criminal underbelly of hard drugs connect in this cavalcade of pulled strings, bizarre situations, dark comedy, and brilliant performances from practically a small-name ensemble cast of dangerously high horsepower. Plus, when JGL and Lukas Haas reunite in Inception, it brings a whole new layer of reality to the viewer.

Sometimes science fiction isn’t satisfactory. One of the reasons is often because its audence is extremely demanding and jaded. The Spierig brothers learned their lesson after Daybreakers seemed to disappoint audiences due to how coyly it handled its plot twists. Predestination takes a sci-fi premise and breaks all windows nearby with it. Thanks partially to an impeccable marketing strategy (in this day and era, a well-made trailer is rare enough to warrant such a title), this story entertains from start to finish.

It’s easy to digest despite being completely confusing in every way, somehow. The suspense is kept by leaving characters and intentions hidden, but the performances are so stellar that the viewer is continuously led by obvious hints, suspicious timing, and improbable situations straight out of a proper science fiction story that takes its elements to their highest stakes and most dire consequences.

First, we see two people with perfectly hidden faces “facing” each other until they get separated by a technological device that seems to draw these two ambiguous and secretive figures together. The rest of the movie follows suit, concerning the relationship of two people tho seem to react the same way to certain stimuli. It’s here that the script shows its careful play on duality and the acting guides the viewer toward this crafted dichotomy that drives the whole of the story.

Mostly, the tale focuses on the woman’s past, but as it builds up, more layers seem to connect both characters, until the lines of distinction blend into one another. The complexity never overwhelms, since the movie knows how to pace its tone well, and the explosive interactions guarantee an enjoyable ride.

Seeing such a complicated narrative handled with such dexterity is commendable, and loose ends are covered by the premise of the plot, something really difficult not to spoil but presented in a time-twisting manner both satisfyingly predictable and unforeseeably mind-blowing.

The continuous game of attraction and rejection create a dynamic where anything is possible, and every action is just an opportunity for a causality-causing reaction.

Author Bio: Edgar C. Mans is an experimental product of multiple nationalities, several languages, many cultures and genetic mutations. A film student and writer at heart, Costa Rican-Panamanian Edgar strives to make a better world, and when he fails, he settles for being a more comfortable and adaptable creature in any given environment.