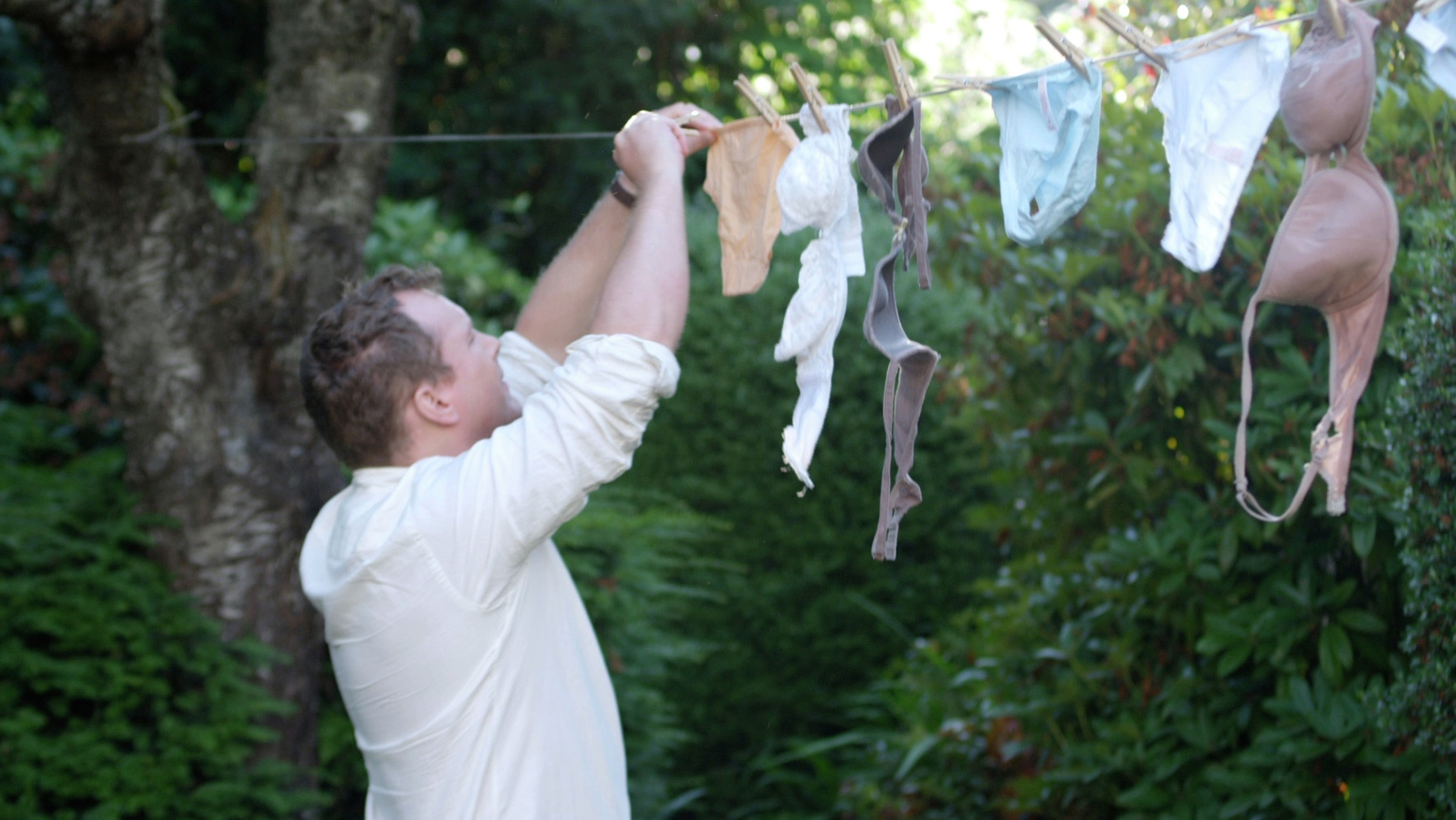 Christopher Guest’s chef d’oeuvres aside (Waiting for Guffman, Best in Show, et al.), the mockumentary is to comedy what found footage is to horror; frayed, familiar and ridden with cliché.

And so the alarm bells were raised right away for BC filmmaker Mark Sawers latest film, No Men Beyond This Point, but much to his credit, alarms rang false, for what followed was a lively, charming, and clever comedic ensemble with steady shrills, easily sweeping up the viewer with inspired speculative futurism and satirical sexual politics. Oh, and one or two dick jokes, too.

Apparently inspired by an article he read on asexual reproduction amongst Komodo dragons, Sawers dreamt up a clever premise resting just on the periphery of science fiction, conjuring an alternate history where women begin to reproduce agamically, and men, no longer biologically needed are obsolete and edge towards extinction – well, except for a significant but doting assemblage in Australia.

The patriarchy has collapsed since men have stopped being born a generation ago, and set in a contemporary Pacific Northwest America, No Men Beyond This Point convenes upon 37-year-old Andrew (Patrick Gilmore), the last and youngest man on earth and nanny to a household headed by two very different women, Iris (Kristine Cofsky) and Terra (Tara Pratt).

Accepted and adored by Iris and Terra – though she has some decidedly chauvinist reservations – and their daughters, the film works hard to net laughs in this family dynamic, and succeeds frequently. Pratt is a goldmine of nuanced inflection, bitter repose and poker-faced fury, she steals the show scene after scene.

Well served by mock stock footage of newsreels and talking head dignitaries going as far back as 1953 when the first “virgin” births began, the refractory history on parade is ceaselessly sharp and many-sided with most of the gags on target. When one noted historiographer comments on the global women population having synchronized menstrual cycles she quips, “the world became one big sorority house!”

For all its contrivance and soupçon allure – it literally milks the premise for every drop – it does fall a little out of step in the third act as it trades in squibs and send-ups for a melodramatic subplot. It’s not a total cop-out by any means, but it does temper the considerable momentum.

Shot sporadically over a two year period, No Men Beyond This Point is clearly a labor of love for all concerned and, the odd circuitous step aside, mainlines new life into a bone-weary genre. Recommended.