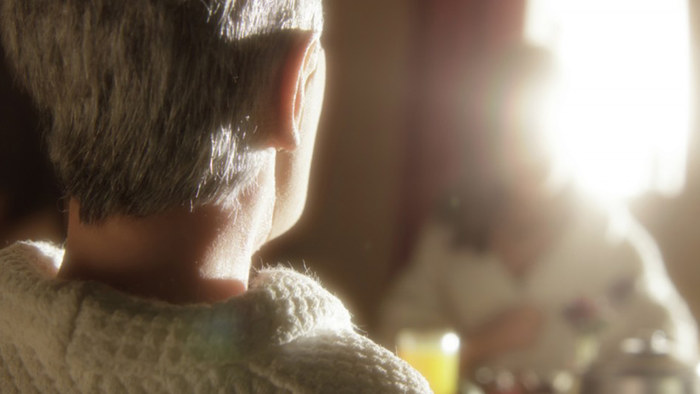 Anomalisa is that rare film that mingles high ambition with near errorless achievement. Few directors, in this case two, Duke Johnson, and Charlie Kaufman (Synecdoche, New York), would have undertaken such a risky project, one hinging on a nominal sketch, basically, and complete it with such a stunning success.

The most initially striking thing about Anomalisa is its form. It’s an intimate stop-motion moral story – based on a play by Kaufman – as well as an experiment in cinematic form. You’d expect something of a whimsical fantasy given the animation techniques at hand, and certainly there’s no shortage of imagining and illusory impressions, but Anomalisa isn’t concerned with taking anyone by hot-air balloon to Oz.

Far removed from a “second star to the right and straight on till morning” scenario, this film is firmly grounded in a contemporary setting as we follow Michael Stone (voiced by David Thewlis), somewhat of a societal niche guru, he’s authored popular books on customer service, and he’s on a quotidian business trip in Cincinnati.

Far from his wife and young son, Michael seems restless, his heart in twain, his mind falling back towards a certain someone named Bella, whom he walked out on 11 years prior, and who lives in Cincinnati. Will he call her and try to arrange a meeting? Oh, he will.

One of the more, uh, Kaufmanesque ornamentations to Anomalisa comes from actor Tom Noonan (while he was great in Synecdoche, New York, I’m of the generation that will always think of him first as Frankenstein in The Monster Squad). Be it the endless parade of hotel staff, a taxi driver, Michael’s wife, his son, they’re all voiced in a similar splay protraction.

Well, until Michael encounters Lisa, articulated by Jennifer Jason Leigh (Short Cuts), signifying something special, even though she’s a klutzy, bashful, disfeatured – a minor facial scar, but she’s very humiliated by it – and easily assailable.

“Your voice is like magic,” Michael raves, conveying a languishing agony of sorts. It’s these details, paired with noises and nuances that miraculously provide a significant amount of social detail and affectation. Michael is suffering from spiritual injury, mental strain, maybe he’s close to mental collapse. A nightmare he has turns into a weird Kafkaesque experience, with shades of Philip K. Dick – the influence we’ve most come to expect from Kaufman – and it’s imposing and a little scary, as it should be.

Together Johnson and Kaufman have allowed themselves a simple, almost innocuous story – aspects of it feel deliberately incomplete – and still it carries a melody of carefully sequenced chords, concentus, and uncertain rhythms; notes from dreams, jewels dredged from the slough of a flowing well of creativity. Anomalisa is a gloomy yet golden stop-motion marvel, and one of the year’s finest films.