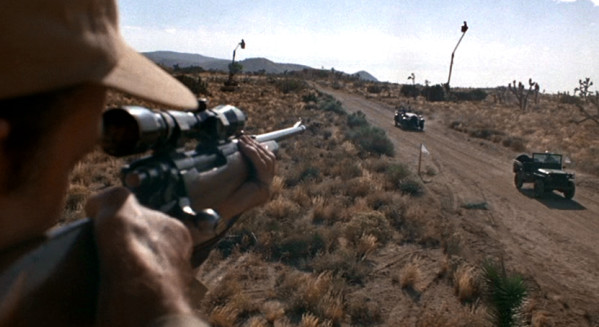 This is the first fiction film to directly address the assassination of President Kennedy and claim it was a conspiracy. Burt Lancaster also plays one of the bad guys in this plot, James Farrington, who coordinates all the moving parts of this conspiracy for the right-wing oil men and anticommunists who want JFK out. The amount of people involved is staggering, from shooters to moles in multiple government offices, computer programmers, photography experts, and more.

The idea that they could all keep their mouths shut and never let a single piece of hard evidence come out to show that anyone other than Oswald was involved is beyond belief, but, unfortunately, many people have chosen to believe it. Many viewers have also believed the ridiculous odds quoted at the end of the film, which claims there have been too man unusual deaths of, “material witnesses” in this case to be mathematically possible.

In reality, The London Times newspaper, which first published those false figures, disavowed them and said they were a mistake, “that should never have been published.” The film also ignores the fact that many of these “witnesses” had little connection to the case and did not support the conspiracy theorist view of what happened. From start to finish it is an extremely misleading production that has succeeded in miseducating the general public and pushing open the door to a land of conspiracy nonsense.

Reporter Joseph Frady (Warren Beatty) thinks there is nothing to the conspiracy talk surrounding the murder of a U.S. Senator, until his friend investigating the story is also murdered. Frady goes on the hunt and *spoiler* finds out that the evil Parallax Corporation of hired assassins was behind it. When he tries to infiltrate the company he ends up witnessing the murder of another senator and then Frady is shot.

To add insult to injury, the second senator’s murder is pinned on Frady and a governmental committee rubberstamps the lie. Even though the film deals with fictional senators, it is obviously playing off the murder of President Kennedy, and making a statement about The President’s Commission on the Assassination of President Kennedy (aka The Warren Commission).

The idea that you could get a commission of high ranking, independent, and powerful men from all three branches of the Federal Government, plus hundreds of other people to nearly flawlessly falsify history is not credible, but that hasn’t stopped millions of people from seeing it as credible and mistaking fiction like The Parallax View for fact.

The most, “out there,” Kennedy Assassination film is Winter Kills. They change the family name from Kennedy to Kegan but there is no real attempt to hide who they are talking about. The son of a very wealthy businessman becomes President and then he is murdered by a lone nut, only to have stories of conspiracy arise.

We follow Nick Kegan (Jeff Bridges), the dead President’s little brother (think Edward Kennedy), as he investigates a labyrinth of false puppet masters and tricks keeping him from the truth. Ultimately he learns who is pulling the levers of power (as if such things exist) and who murdered his brother.

Spoiler: It was Pa Kegan (John Huston), who was upset that he could no longer control his son. For the record, Joe Kennedy had a stroke before his son was murdered and was in no shape to order breakfast, let alone an assassination.

In reality, Garrison was a liar on a witch hunt that would make him famous, and, according to some, he was not mentally all there. Regardless of his real motivations, he was no hero, and almost nothing in this film can be reasonably believed when compared to the actual facts.

Perhaps the most famous sequence demonstrates this best. Garrison shows the path of the so-called, “magic bullet,” in the courtroom by having two men sitting on identical chairs, one right in front of the other; as if they were in a school bus. He then describes the path of the bullet, which would need to zig-zag in mid air to hit both men and cause seven total wounds between them.

Garrison then mocks the absurdity of this “fact,” which has convinced countless viewers that the Warren Report was false. In reality, however, the two men in question were not sitting directly one in front of the other and their chairs were not the same height.

Additionally, the car was traveling down hill and at an angle to the building where the shot was fired. When you put all the actual facts into context you find that all seven wounds line up perfectly and lead back to one location; the window were Oswald was seen with a rifle. There is no case for conspiracy, other than a case made from lies and willful ignorance.

Joe Turner, aka “Condor” (Robert Redford), is a CIA Analyst who stumbles into a plot without really know it, then gets the other members of his New York office murdered for what they know, or might know. He then goes on an investigation while fighting for survival and finally uncovers a plan to take over Middle East oil fields.

In the wake of the Watergate scandal the general public was more inclined to believe in conspiracies but the kind of stories that theorists and Hollywood movies thrive on remain implausible. Such tales may make for good box office numbers but they are markedly different from real life conspiracies.

Director Alan J. Pakula, who previously made The Parallax View, returned with a more realistic conspiracy story in his portrait of the Watergate affair, All the President’s Men (1976). The movie focuses on Bob Woodward (Robert Redford) and Carl Bernstein’s (Dustin Hoffman) investigation into the Nixon Administration’s dirty dealings, including a break in at the Democratic Party Offices in the Watergate building.

Thanks in large part to a confidential source close to the Nixon White House – “Deep Throat” (Hal Holbrook), who was later revealed to be career FBI man Mark Felt – Woodward and Bernstein won the Pulitzer Prize and become two of the most famous reporters in American History, while Nixon became the only President to resign the office.

The fact that Nixon’s men could not keep their secrets, secret, speaks to a major problem with real world conspiracies. They are best used to carry out a short term objective, like breaking into a building, but they are not good at covering up illegal activity once something goes wrong.

The fact that President Kennedy, Johnson, and Nixon all recorded White House conversations indiscriminately speaks volumes about why it is ridiculous to think they were involved with ordering or covering up domestic assassinations, hiding alien space craft or working with aliens, or any of the other fantastical things that conspiracy theorists assume to be going on, “at the highest levels.”

Unfortunately, many people miss this simple fact and continue to look to Watergate as “proof” that vast, complex, secret conspiracies are happening everyday with relative ease. 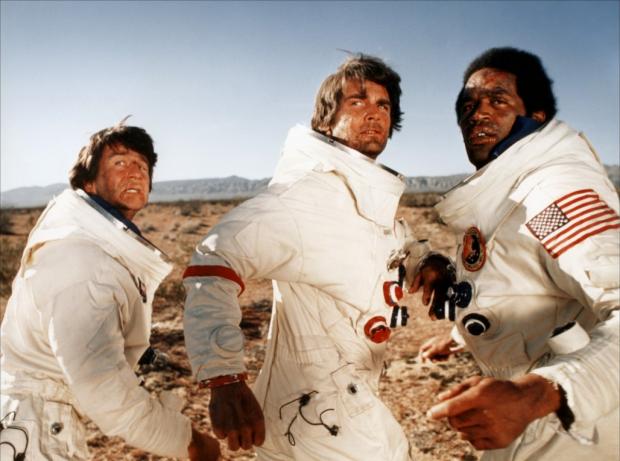 Playing off the lie that NASA faked the Moon landing, Capricorn One depicts a faked Mars landing, which NASA officials feel they must do in order to keep the space program going. The unwilling astronauts are coerced into going along with the hoax by officials who threaten to blow up a plane with the astronauts’ family members on it.

Such absurd behavior from nerdy NASA executives bears no resemblance to reality but that is typical of conspiracy theories and conspiracy movies, where anyone in a position of authority is presumably capable of turning into Mafia Don and committing mass murder at a moment’s notice.