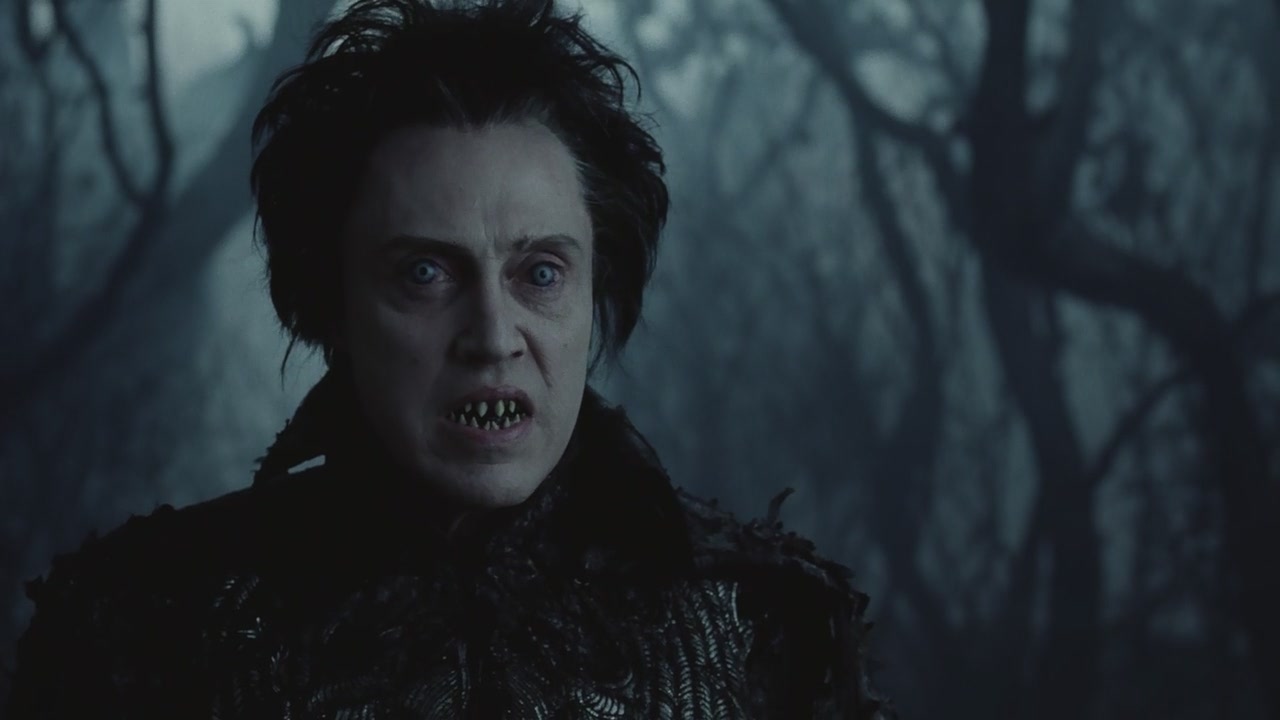 When Tim Burton released Sleepy Hollow in 1999, many people didn’t know really what to make of it. It was booked as a horror film that really wasn’t that scary. It’s based on the classic Washington Irving story about Ichabod Crane (Johnny Depp) investigating the murderous apparition of the Headless Horseman.

It’s a beautifully shot, atmospheric and a well-acted film where some of the performances are borderline camp. Johnny Depp, Miranda Richardson, Christina Ricci and Christopher Walken are perfect in their respective roles. The effects are a mixed bag (for the most part they are great), and the sets are also exquisite. Again this is deliberate because this film is a throwback to the 60s Hammer Horror and Vincent Price films. It works brilliantly, and the only thing that’s missing is Price himself if he was alive and well.

Over the years this film has garnered a cult following, as some people see this film as what it is: a fun, campy and creepy horror film, and it’s an excellent one at that.

Tobe Hooper made some films under the Cannon Films banner. One of his most memorable, though not exactly for the right reason, is “Lifeforce”. The movie is based on Colin Wilson’s novel “The Space Vampires”. It’s a known fact that Wilson hated “Lifeforce”. This film is most famous for Mathilda May’s Space Girl, who is nude for most of the film.

In the plot, a US & UK space team aboard the Churchill shuttle finds a strange alien spacecraft with three humanoids in coffins. They decide to bring them aboard the ship. The crew of the Churchill are killed in mysterious circumstances aside Col Tom Carlsen, who made his escape by using one of the Escape Pods.

Sometime later a team goes searching for the Churchill and find the humanoids and bring them back to Earth, who then escape and begin to turn the inhabitants of London into zombies by draining them of their lifeforce. It’s then left for Carlsen and Col. Colin Caine (Peter Firth) to save mankind from the mysterious space vampires. It’s complete hokey but absolutely brilliant.

But there’s so much more to than that. You have British acting legends Aubrey Morris, Frank Finlay, Michael Gothard, Peter Firth and Patrick Stewart featuring in one of the most iconic and brilliant scenes in the film. The special effects are absolutely fantastic for their time and still hold up very well 30 years later, using miniatures, animatronic puppets and in-camera effects. Also, the set production is absolutely fantastic.

There are some fantastic and original ideas in “Lifeforce”. Yes, it did take ideas from other productions, but the film manages to make “Lifeforce” itself an original film instead of a cheap rip off. There’s also a strain of comedy within the film, and not just in Steve Railsback’s brilliantly over the top performance as Col. Tom Carlsen.

Also, who can forget Henry Mancini’s amazing evocative score? It gives the film a great epic feel. This film is not a strict horror film; it’s more of fun a sci-fi horror film, and an ambitious and original one at that. It’s a vastly misunderstood film, which is a mess to some and a masterpiece to others. 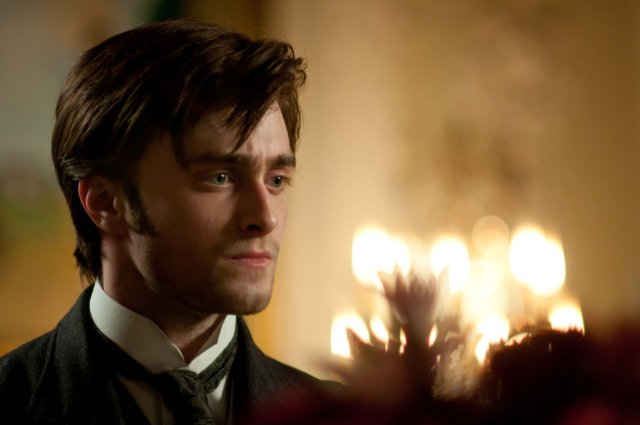 Hammer Horror returned to the silver screen with “Woman in Black”. There was a lot of hype surrounding this film and a lot of people were disappointed.

The story of the film is the widowed Arthur Kipps (Daniel Radcliffe), a lawyer who’s sent to a remote village called Cryphin Gifford to investigate the estate of Ill Marsh House owned by the recently deceased Mrs. Drablow. What Arthur uncovers is a mysterious curse surrounding the town, with the apparitions of a woman clad in black taking the townsfolk’s children.

This film is an absolutely fantastic old school gothic haunted house story. The film is beautifully shot, especially all the scenes in and surrounding Ill Marsh House. It has a great gothic feel to it. In fact, there’s a great gothic feel in general. The film racks up the tension fantastically and the sound design is incredible.

Radcliffe does a fantastic job, especially as he was only 23 at the time this film was released. A fantastic supporting cast surrounds him, including Ciaran Hinds and Janet McTeer, who play Sam Daily and Mrs. Elizabeth Daily.

James Watkins did a amazing job directing and Jane Goldman adapted Susan Hill’s book to the screen brilliantly. If you haven’t seen this film and love classic ghost stories, this film is well worth watching. 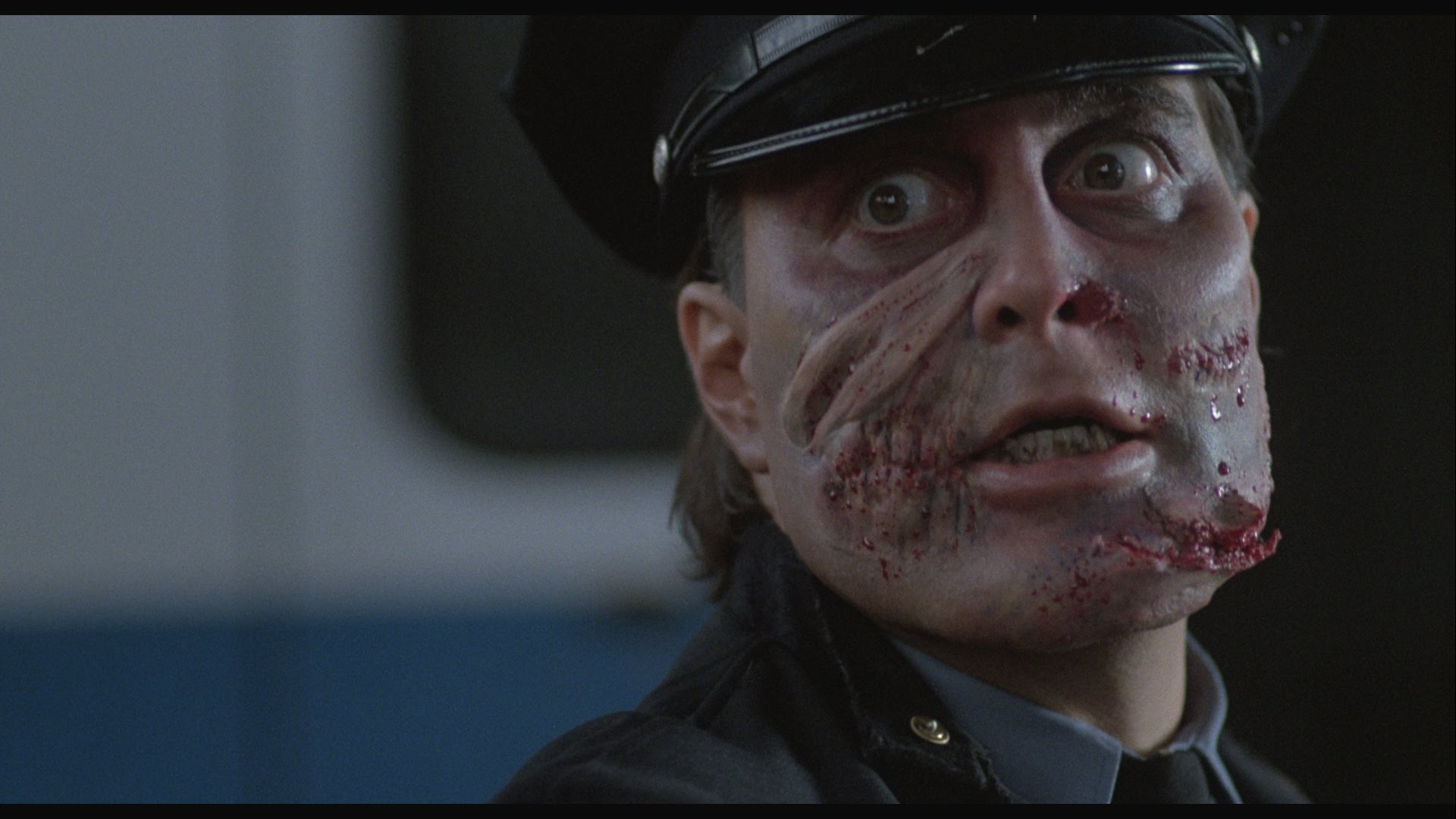 The plot of “Maniac Cop” focuses on a unknown police officer on the streets of New York City killing innocent people. This causes distrust between the public and the police force to the point where members of the public are attacking some police officers. It’s up to detective Frank McCrea (Tom Atkins) to lead the investigation.

Jack Forrest (Bruce Campbell), a young police officer, is the prime suspect as he’s been framed by the killer after his wife is found murdered.

The plot is very interesting for its time, as most slashers released in the 80s had more basic premises. It mixes crime thriller and horror perfectly and is very well executed, which is elevated by the performances of Tom Atkins and Bruce Campbell (who plays it straight).

Lustig has a brilliant eye for direction and there are some very well shot scenes, especially toward the finale of the film. “Maniac Cop” is a misunderstood film and a great first entry in the trilogy, which has been forgotten over time. 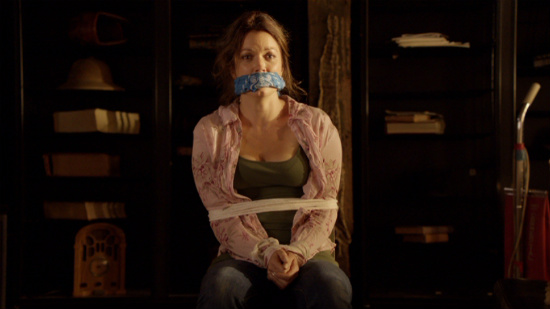 Paul Andrew Williams followed the brilliant nihilistic “From London To Brighton” (2006) with the horror-crime comedy that is “The Cottage”.

The story follows two brothers, David (Andy Serkis) and Peter (Reece Shearsmith). David is a career criminal, and Peter has money problems. So they kidnap and hold to ransom a local crime lord’s daughter, Tracy (Jennifer Ellison), who proves to be a bit of a handful for them. Eventually Tracy escapes and chaos ensues with an angry deformed farmer out to kill them for trespassing on his land.

This film works incredibly well and feels distinctively British. It’s also filmed in a very natural grainy way and the performances are excellent, especially from Serkis, Shearsmith and Ellison. There are some fantastic laughs in this film and the script is wonderful as well. It goes into some unexpected turns, which is a welcome treat to the genre. It’s a well-regarded film that’s not well known, which is a real shame.

This is undoubtedly one of the most original horror film years. Not only that, but it’s one of the finest Halloween centered films. Anthology films are coming back within horror with “The ABC’s of Death” and the mostly disappointing “V/H/S” series. Unlike these two, “Trick R Treat” remains mostly forgotten in the annals of horror history due to the lengthy delay of its theatrical release.

For those of you who don’t know, “Trick R Treat” focuses on five interwoven horror stories that feature the demon of Halloween Samhain, otherwise known as Sam. They are absolutely fantastic and some are downright creepy. The film has a great sense of fun to it, which works very well in its favor.

The cast features Dylan Baker, Anna Paquin and Brian Cox, who are absolutely brilliant. The director Michael Dougherty’s follow-up film “Krampus” will be released in the coming weeks, and then he’ll be working on the sequel to “Trick R Treat”. Over the years this film has garnered a rightly deserved cult following. 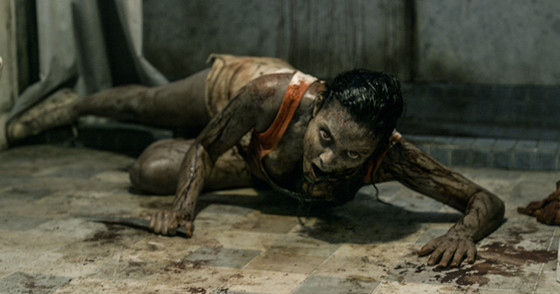 No horror remake in recent years has annoyed more fans than the “Evil Dead” remake, from its announcement until its release. Some were very impressed and found it just as good, if not better than the original, and the others outright hated it. Unlike most remakes, it doesn’t play it entirely safe. Firstly, it works as a sequel to the original films and the characters are more fleshed out than in the original.

Where it really outdoes the original is in the effects department, and I’m not talking about CGI. They used mostly practical effects for this film and they work perfectly. The only thing this film suffered from was a spoiling trailer. It’s brutal and the finale is incredibly tense. The score by Roque Banos is simply sublime and really does stand out, making the film even better than it already is.

In the film, Mia (Jane Levy) is a drug addict. She wants to go cold turkey, so her brother David (Shiloh Fernandez) and her three friends take her to the family holiday cabin. Once there, whilst searching the cabin, Eric (Lou Taylor Pucci) finds the Book of The Dead and unleashes the evil in the woods looking to claim new victims.

Fede Alvarez made this film with Sam Raimi’s blessing, and he does an amazing job directing “Evil Dead” giving it a cinematic but gritty feel. Levy gives two fantastic performances as Mia and Possessed Mia.

If you haven’t seen this yet and are a fan of the original, this is a must see. This is undoubtedly one of the greatest horror remakes in recent history. 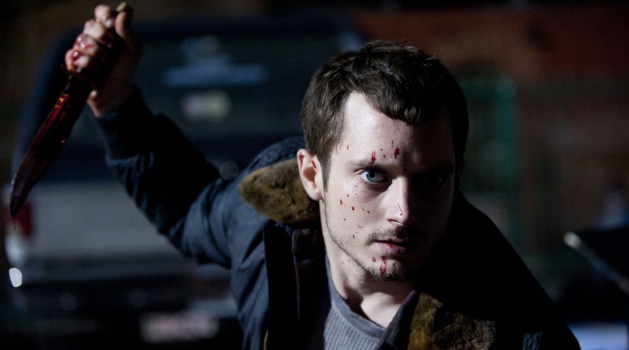 Now this one has really flown under the radar: Franck Khalfoun’s remake of William Lustig’s “Maniac”.

“Maniac” is about a young man named Frank (Elijah Wood) who owns a mannequin shop, whilst at night stalks and kills women removing their scalps. He wants to stop his murderous ways and keep them under control. He thinks he finds his salvation when he befriends Anna (Nora Arnezeder), but in actuality his obsession only intensifies.

This film uses the POV gimmick with Frank and it works perfectly. Wood gives a brilliant performance as Frank and he’s a somewhat sympathetic character due to his past. The film is suitably gory and maybe too much so for some. There are some great homages to the original film, especially the recreation of the poster in one scene, which fans will recognize instantly.

Also, the soundtrack by ROB is outstanding and really gives the film an 80s vibe. This film more than stands on its own against the original and is well worth seeing.

Author Bio: Samuel Cooper is a film enthusiast and reviewer from the UK. A fan of all if not most genres. Samuel is also collector of figures and films and prefers to have a physical rather than a digital collector. He runs his own films and figures website.