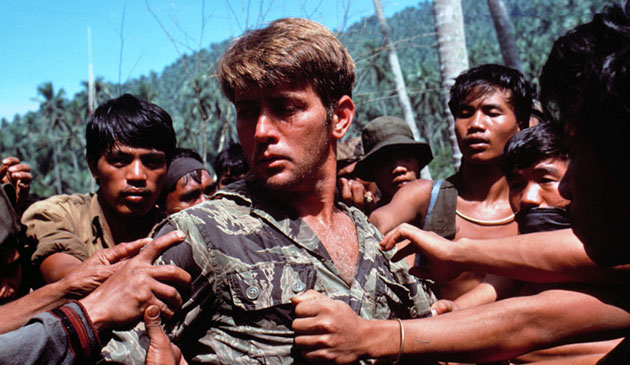 The Movie: “Saigon…Shit, I’m still only in Saigon.”

The film that nearly killed Martin Sheen, Apocalypse Now is Joseph Conrad’s “Heart of Darkness” set in Vietnam with Marlon Brando as Col. Kurtz and Sheen as the assassin sent to kill him. The film is a haunting odyssey through the jungle on a navy patrol boat to terminate a Colonel gone mad in a world gone to shit.

What Happened: The original shooting schedule of six weeks ballooned into 16 months. Martin Sheen had a heart attack. The production in the Phillipines was disrupted by typhoons. Marlon Brando showed up late, drunk, 88 pounds overweight, and hadn’t read the script, let alone memorized his lines. Francis Ford Coppola lost 100 pounds over the course of filming, took out a mortgage on his house to complete the film and threatened to commit suicide several times.

It took almost 3 years to edit. It was released to widespread critical praise, so technically it wasn’t butchered, but hell it’s just a great behind-the-scenes story anyway.

Best Version: Apocalypse Now: Redux, which re-incorporates The French plantation sequence, getting at the heart of Vietnam’s history of war and colonialism. 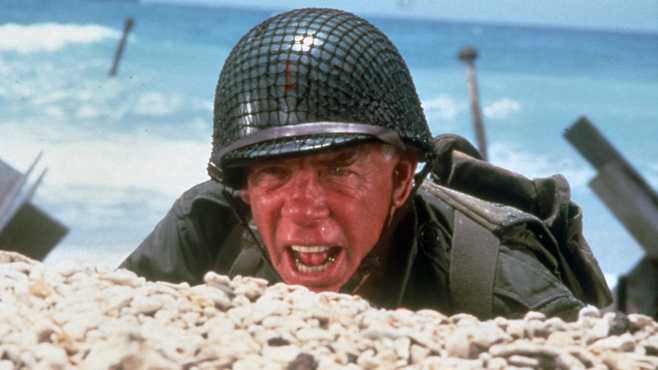 The Movie: Samuel Fuller’s lost masterpiece, The Big Red One tells the story of a unit in the U.S. First Infantry in World War Two as they fight across Europe trying to survive. Fuller, himself, was in the 1st Infantry Division during WWII and drew upon his own experiences.

What Happened: Fuller’s dream project, he’d been trying to get it made since the 1950’s with the project going through numerous incarnations with various studios, until finally producer Gene Corman set up the production with filming taking place primarily in Israel and Ireland.

Fuller submitted both a four-hour and two-hour cut to the studio, both were rejected. Most likely the studio destroyed the film to ensure a running time under two hours and a PG rating.

It wasn’t until alternate footage was found and a cut was reconstructed using said footage and Fuller’s shooting script that the film was re-examined. The reconstructed film premiered at the 2004 Cannes Film Festival and was hailed as a lost masterpiece.

Two Versions of the film exist: The theatrical release (113 min.) and the Reconstruction (162 min.).

Best Version: The Big Red One: The Reconstruction. 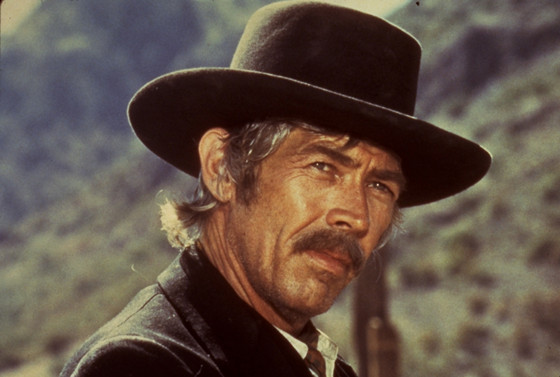 The Movie: Sam Peckinpah was no stranger to studio interference, having experienced it early on with his first big budget feature Major Dundee when the studio abruptly cut short the shooting schedule due to rumors of the director drinking on set.

Pat Garrett and Billy the Kid was Peckinpah’s final western, and some argue his final masterpiece. It was also the beginning of the end for Peckinpah, after this film (with the exception of his final masterpiece: Bring Me the Head of Alfredo Garcia) his legend as a hard-drinking maverick filmmaker would eclipse the man, preventing his further development as an artist. The world would watch as alcohol and cocaine abuse withered him away in the following decade.

A western elegy re-telling the death of Billy the Kid atthe handsof Pat Garrett, who rode with the Kid, only recently aligning himself with John Chisum and the winning faction of the Lincoln County War. Pat Garrett seeing the outlaw way of life dying before his eyes sells out in order to survive, hoping to convince Billy to do the same. Billy, however, refuses to change with the times. It is a melancholy rumination on the nature of compromise, regret, and friendship.

What Happened: MGM, heavily in debt at the time, was in a rush to release the film and yield profits. The then head of MGM James Aubrey and Peckinpah had a contemptuous relationship throughout the shoot, disagreeing on the size of the budget and the length of the shooting schedule.

Peckinpah and his editors were put under unreasonable time constraints to cut the film and ultimately the studio, unhappy with Peckinpah’s contemplative version, released their own cut of the film trying to replicate the success of the violent and exciting The Wild Bunch, effectively butchering the film, and surreptitiously releasing it as Sam Peckinpah’s Pat Garrett and Billy the Kid (106min.). 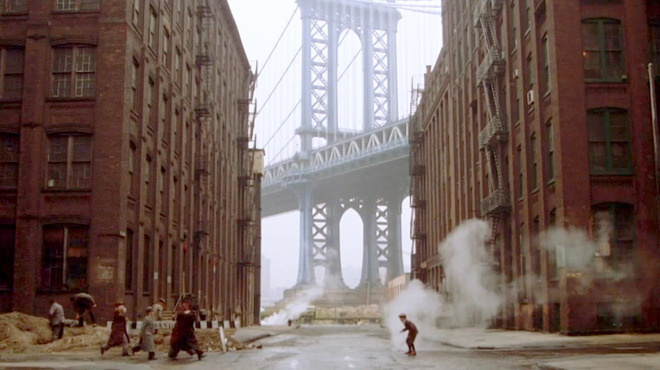 The Movie: Sergio Leone’s American Gangster Epic Once Upon a Time in America traces the evolution of four young hoodlums growing up together on the mean streets of New York City around the turn of the century who become top bootleggers during Prohibition. With Ennio Morricone composing the score and the casting of Robert De Niro and James Woods as the two leads it was destined to be a great film.

Leone was inspired by the book “The Hoods” by Harry Grey, the semi-autobiographical tale of a Jewish gangster during Prohibition, upon which the film is loosely based.

It premiered at the Cannes Film Festival in 1984 at this length to a 15-minute standing ovation, but the Ladd Companycut the film down further, without Leone’s knowledge, to 139 minutes for its American Theatrical release, dispensing entirely with the flashback structure and adopting a more linear narrative. Sadly, this would be the great director’s final film and he would not live to see his masterpiece restored to its true greatness.

There are four versions of the film: the theatrical cut (139 min.), a network television version (180 min.) restoring the non-linear structure, the ‘complete’ version (229 min.) and a newly restored cut (256 min.) that was screened at the 2012 Cannes Film Festival, but which has since been pulled from circulation to be further restored.

Best Version: The 229-minute version. Granted, I haven’t seen the 256 min. version, but the 229 min. version is an epic masterwork spanning decades in the lives of its characters, we see them grow old, grow apart and reunite as different men.

The Movie: Perhaps the most infamous case of cinematic butchery of all time.

United Artists was looking for a hit and after seeing The Deer Hunter, were willing to give Cimino carte blanche on any project of his choosing. He chose to tell the true story of The Johnson County War in 1890 Wyoming, about a sheriff attempting to stop rich cattle barons from exterminating Russian and Ukrainian immigrants ‘encroaching’ on their territory.

The filmbegan production one week after Deer Hunter cleaned up at the Academy Awards thus drawing more attention to the film and the director, seeming to foretell another triumph.

What Happened: The initial budget of the film was $11.6 million which quickly mushroomed to a whopping $44 million over the course of the shoot. Cimino was an extreme perfectionist even going so far as to tear down an entire set, one built to his specifications, because it didn’t look right. Cimino also averaged around 50 takes per shot, slowing down the production considerably. By day 6 of the shoot they were 5 days behind schedule with only 1 and a half minutes of usable footage.

Finally, Cimino assembled a work print which ran 5 hours and 25 minutes. UA balked at the length and Cimino cut the film down to 3 hours and 39 minutes. This was the version originally released, for one-week in New York, before its wide release. Critics and audiences hated the film so Cimino went back and edited the film further, a so-called director’s cut running 2 hours and 29 minutes. This was the wide release version, which only ran for a week.

In total, Heaven’s Gate played in theaters for two weeks before Cimino requested that it be pulled from circulation. In the late 80’s Z-channel in Los Angeles, a pay-cable network that saved many films from obscurity, aired the 3 hour and 39 minute cut which most audiences were unfamiliar with and gave the film new life. But it was too late for Cimino, the damage was done and his career never fully recovered.

Best Version: The 3 hour and 39 minute version is a film nearing greatness and most certainly the cut you should see (although a new director’s cut [216 min.] was released by Michael Cimino in 2012, supposedly the new definite version.)