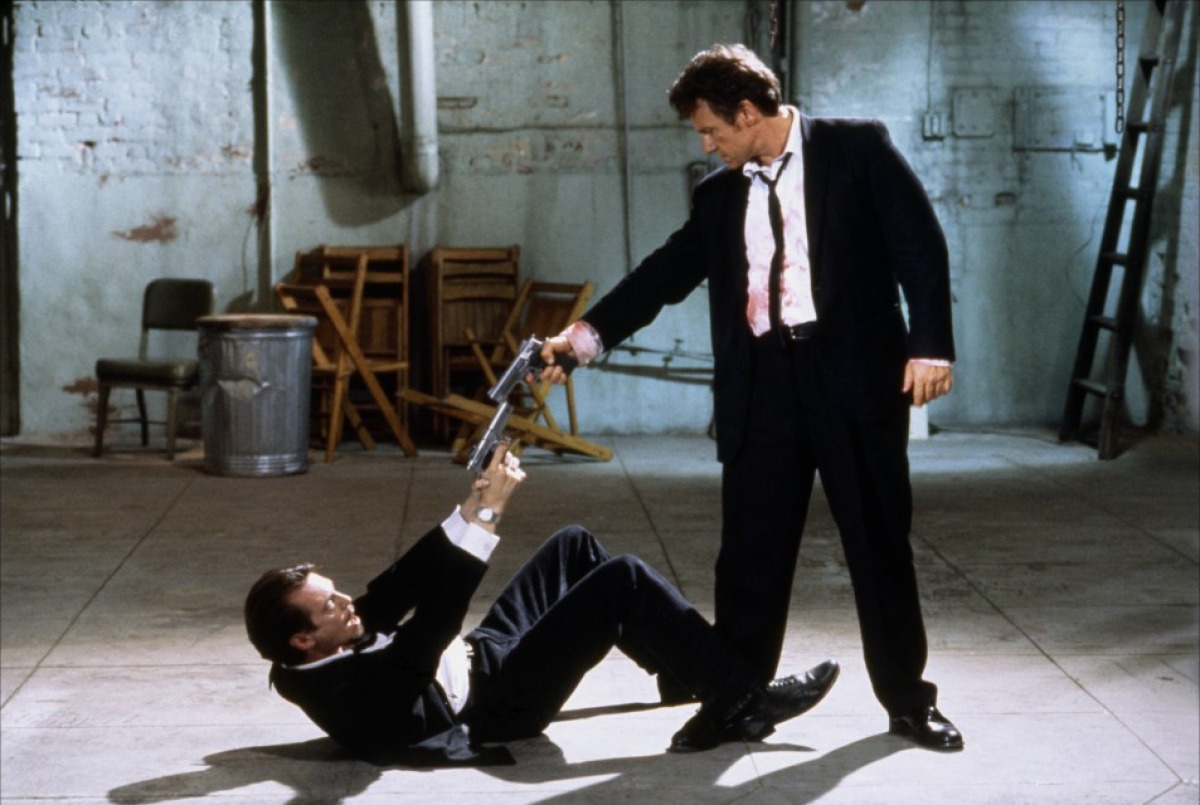 When casting a film, you try and choose the best actors for the role, but a common mistake made with young filmmakers is choosing actors for the wrong reasons. When casting, you of coarse look for an actor whose natural, has good line readings and embodies the character on the page but what some young filmmakers do is they stop looking once an actor has met the previously mentioned criteria.

You want an actor who believes in the character written and that can think for himself enough to bring something new and unique to the role. Some directors like to micro-manage, and at times that’s a perfectly acceptable way of making a film, but sometimes the choices the directors don’t think of that an actor does can be some of the best in the movie. When you get a bunch of good actors together in a room, their talents will shine.

Look at the opening scene of “Reservoir Dogs” where the criminals are all sitting around shooting the shit: it’s acting gold! You never feel like they’re actors who are being paid to deliver lines, because they feel so natural and are bringing their own elements to the characters. Don’t be afraid to let the actors say “I was thinking I could try this”. Just because someone is the director on the film doesn’t mean every decision that comes from their mouth is the right one. Be open and let your actors act.

I’ve always found myself fascinated with the relationship between Quentin Tarantino and his cinematographers, especially in his early films when he was working with Polish cinematographer Andrzej Sekuła, who shot his early films (“Reservoir Dogs”, “Pulp Fiction” and “Four Rooms”) and made his debut working on “Reservoir Dogs”. Tarantino, based on what I can see in interviews and the way his films play out, has a very unique, visionary style and it’s been said he comes to set with every shot planned out meticulously in his head.

Anyone who has worked on a film before knows the director’s right hand man has to be the cinematographer because if the two aren’t on the same page, the director’s vision won’t play out as well. “Reservoir Dogs” is filled with bold, sleek camera movements and feels very focused. I’ve always wondered who had the most input on these decisions.

As I stated earlier, QT planned this movie to be on the cheaper side, and the cinematography reflects that well. During the infamous “ear scene” the camera pans away from any real violence while we hear the tortured cop scream out in pain. It’s effective, and done in a way that lets the movie play out in our heads. Another interesting technique that Sekuła and Tarantino used was use of long, stationary takes. Shots like this are always a risk because the theory is that you could lose your audience.

The current school of thinking is that the audience needs to be constantly engaged and this is where the quick paced “MTV” editing style comes from. However, these stationary camera angles are some of my favorite. Dare to be bold when you’re shot listing your film because sometimes they can pay off. Make sure you and your cinematographer see the same movie in your heads so that both parties have the film’s best interest at heart. 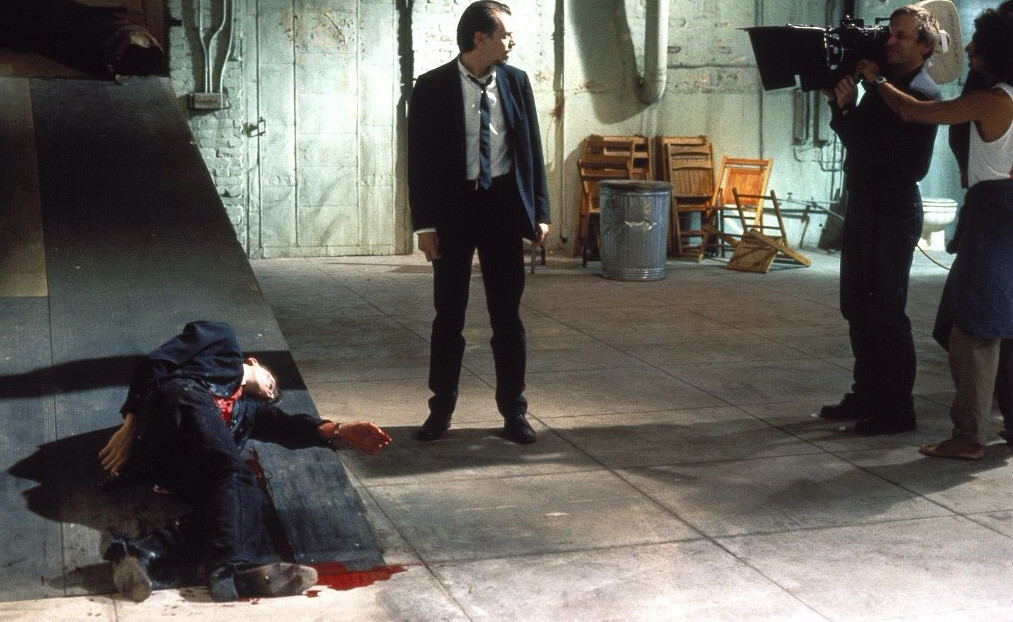 Knocking out your first film is one of the most stress inducing, yet rewarding things a person can partake in and an act that very few people in this world will ever experience. It’s never easy, but there are methods one can take to make it easier, even just a little.

The story goes that Tarantino wrote “Reservoir Dogs” to be cheap; he wanted to make a “cheap garage film” that would only cost a couple thousand (the money he made for selling his scripts). In the long run, he had a budget, a full crew and a slew of fine talent, but he didn’t know that while writing it.

The key to the success of a first film is to write for your budget. Don’t try and write a large film that requires a lot of money to be made properly, instead write something small. QT was clever and replaced action sequences with dialogue and camera angles that implied more than we saw.

What makes “Reservoir Dogs” so unique is it breaks up the traditional heist three-act structure where the first act is planning the heist, the second is the heist itself, and the third act is where you’d unravel the plot.

“Reservoir Dogs” throws this theory out the window and instead favors a narrative that has our characters recounting the incidents of the heist and pointing fingers at what went wrong/who ratted them out, but we never see it. We never know what the hell really happened in that jewelry store and we rely on the first hand accounts of Mr. Blonde, Mr. White and Mr. Pink to tie it all together. By in the end we know all the imperative details without ever having seen the heist. 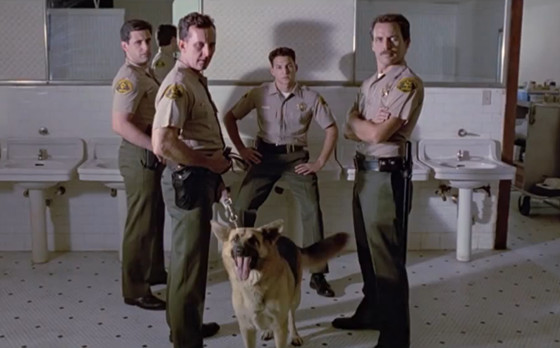 During this “amusing anecdote about a drug deal” we see everything from Mr. Orange (Freddy) practicing the story to him performing it in front of Joe Cabot and company. However, what makes this story even more interesting is how Tarantino showed us the events of Freddy’s story, which had never happened. It’s a creative way to not only show the passage of time, but to keep the audience interested so we aren’t just watching a guy talk for 8-minutes.

It’s creative choices like this that show the mark of a really in-tuned, visionary filmmaker. There have been hundreds of heist films and hundreds of “amusing anecdotes” in films and there will be hundreds more, but finding interesting ways to tackle the subject matter is what will make your film memorable. Love or hate “Reservoir Dogs”, it’s lasted the test of time.

10. Effective Use of One Location 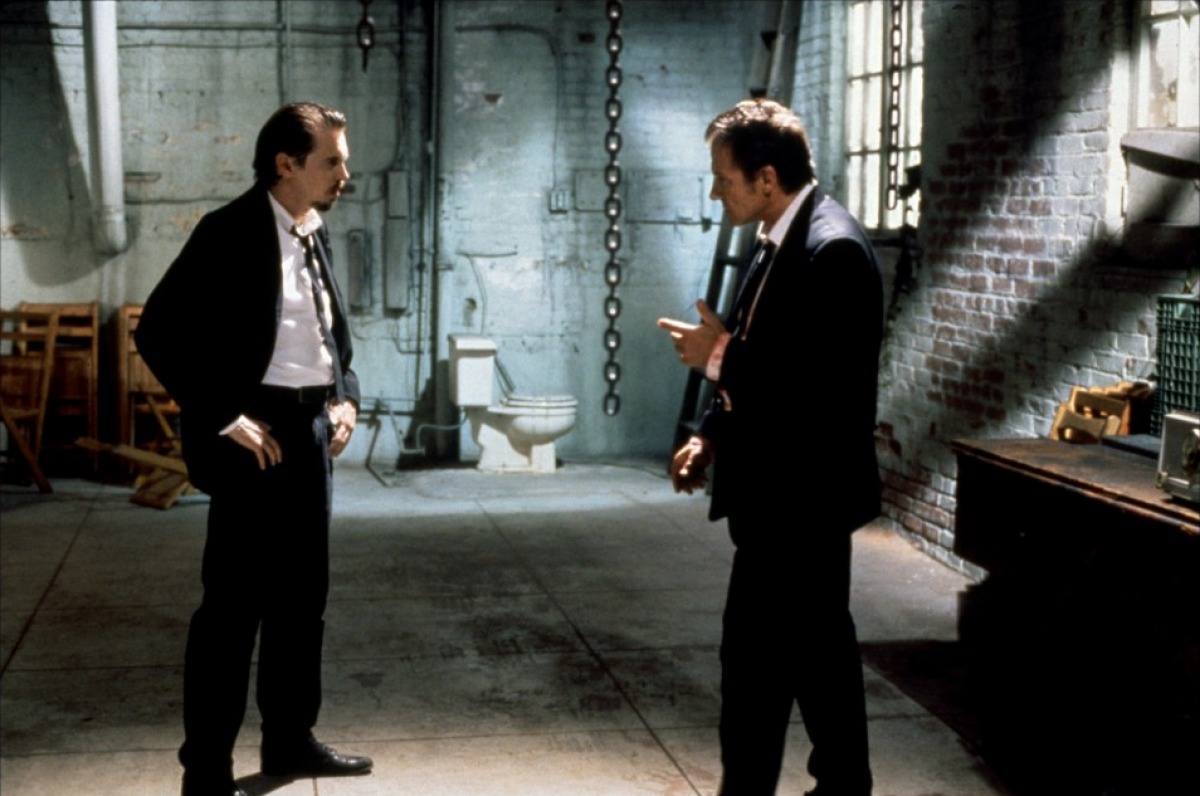 This goes hand-in-hand with my last point about making a cost-effective first feature, as it’s truly the best way to knock out a lot of scenes, for little money in a quick fashion. If you have dreams of being a filmmaker and you’re writing the script you feel will be the magnum opus of your career and it has a bunch of small scenes in a bunch of locations, go back and rethink that. QT was able to make a perfectly engaging film where the main set piece is a freaking garage.

Yes, there are other locations, but the one that instantaneously comes to mind is that garage. So much happens in it that we forget it’s a large room with practically nothing in it. Director James Wan used a similar tactic with his first film “Saw”, and it just helps solidify the idea that if your story is good and your acting is solid, no one will care if your film takes place in one room.

Write for your budget, and write for what you know you can do. Tarantino would have never been able to make “Pulp Fiction” or even “True Romance” for a miniscule budget as they’re too large in scope. He acted wisely and wrote a film he knew could get the most bang for the smallest amount of coin.

Author Bio: Michael Viers is an award winning filmmaker from Milwaukee, WI and a graduate from the University of Wisconsin – Milwaukee with a Bachelor’s Degree in film. He has made two successful short films during his stay at the university: From the Darkness Theatre which screened at the Short Film Corner at the 66th Festival de Cannes and Love You Still which debuted at the 2013 Milwaukee Film Festival. His new film was accepted to play at TromaDance in New York, you can help him a lot by donating here.