Renowned Turkish director Nuri Bilge Ceylan’s sixth feature film Once Upon a Time in Anatolia won the Grand Prize of the Jury for Best Film in Cannes Festival 2011,I watched it as my first Ceylan entry last night in Blu,felt a little bit surprised that the film is so dialogue-loaded.I have heard his cinema is hugely influenced by cinema masters like Michelangelo Antonioni and Andre Tarkovsky,so presumably it’s more about images than words,well,it’s not,at least this film isn’t.This film is very abstract so I did not get all the meanings Ceylan wished to convey in the first viewing,I can feel the deep melancholy in it,I also feel the director is trying to tell a story about the characters’ personal lives,their pressures from work and family,the bureaucratic problem of Turkey society,and humanity.No wonder I couldn’t catch them all in just one time viewing.

I’m not gonna talk about too much about the plot and its themes after my first viewing,so let me share some of my favorite cinematic scenes in this film.

The first scene is when the group of people was searching for the spot of the buried body,the camera deliberately follows an apple rolling down the hill and into a river,it’s a quite lengthy shot which is tough to catch during shooting,but what I’m gonna discuss is its metaphor.My interpretation is the apple symbolizes the lost innocence,which is one of the key theme of the film.The imagery easily reminds me of the scene in Tarkovsky’s Ivan’s Childhood in which a truckload of apples split on a beach,others argues that the metaphor is similar to the ones in Abbas Kiarostami films like Close-Up and The Wind Will Carry Us.In the last shot the film,the son of the victim kicked back a soccer ball to the kids on the playground,which is a perfect mirror scene to this one. 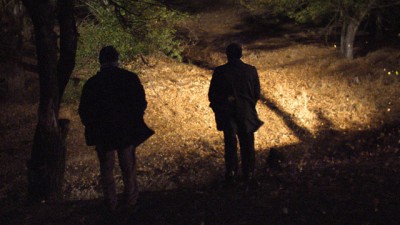 My second favorite scene is,the electricity goes off when they are visiting the village and talking about the lives of the villagers,then this girl,who is the daughter of the village head,appears,holds a lamp and teas to serve those people.When the light is finally on her,we have a big close-up to her  gorgeous angle-like face,then it’s reaction shots of the different facial expressions on everyone’s face.Suddenly the victim who has been murdered in this case appears in the frame,smiles to the girl and takes over the tea,the criminal watches this with amazement.This is the best “waking dream” scene in the film,which suggests these images can only be seen by one character,not others.This kind of scene appears several times in the film,the ambiguity they bring to us is just fascinating to watch. 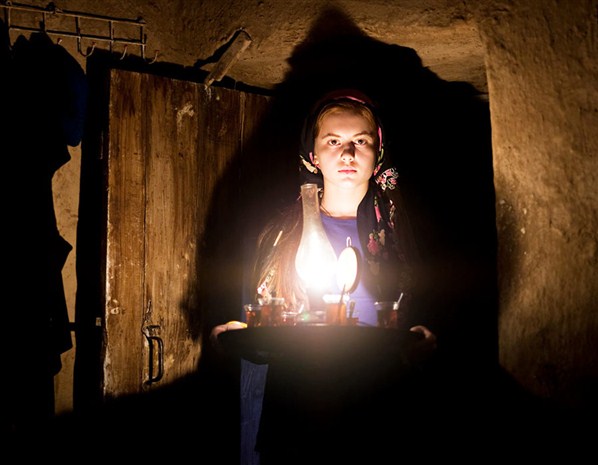 The last scene I love is in the end,the doctor is alone in his home,lost in thoughts,then a montage of old photos of him and his family takes up the whole screen,and finally stops as a photo features the doctor as a kid.This is another great scene which brings tremendous sense of melancholy,we sees the past of the character in these photos,and they help us understand the thoughts of the character.

One can easily connect the name the film with the name of Sergio Leone’s two best late film Once Upon a Time in the West and Once Upon a Time in America,the melancholic feeling are the same,what they both want to convey with their films is the fascination of the wonderful past and the lost innocence.

The way Ceylan shoots the landscape of these steppes also reminds us of the wild wild west in Leone’s Once Upon a Time in the West,the comparison of the enormous landscape and the tiny human figure adds a legendary layer to the story. 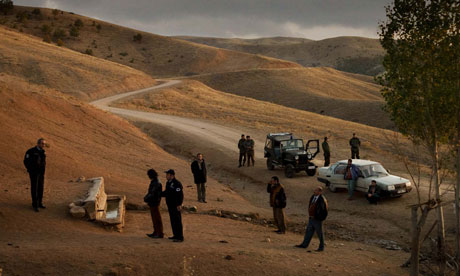 One of the biggest features of Leone’s style is big close-ups,bigger than they are in anyone else’s cinema,and Ceylan uses it a lot in this film,almost every major character has a close-up shot.In a film that is more about characters’ inner world,this technique is the best way to provide the audience an approach to look into the eyes of a character and get into his thoughts. 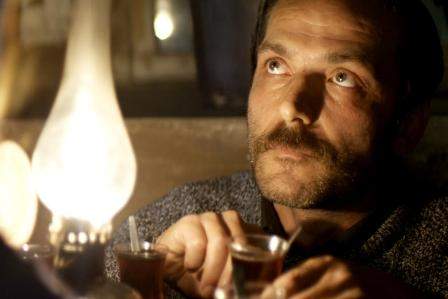 With the two Once Upon a Time films,Leone reinvents the Gangster and Western genre,while Ceylan also uses this film to reinvent the police procedure film,the film opens at the traditional third act of a police procedure film,and what director cares is not how they investigate the case,but rather the state of lives of these characters and the whole Turkish society,the procedure is the surface that provides a plot for a profound theme. 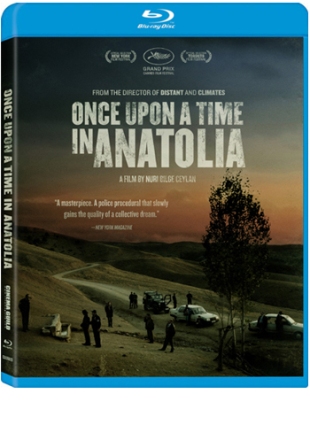 This Blu of Once Upon a Time in Anatolia is one of the best of the year,in terms of its PQ and bonus features. The PQ is even more important in this film than any other films,because the first half of the film is shot on location entirely at night,which demands a high resolution for audience to see the characters’ faces clearly and other details as well.

The bonus features is just fantastic,even better than most of the CC releases this year,have a look

I didn’t finish them,but the interview and video I watched are wonderful stuff.I many return to the making of feature after my re-visit.

Have you seen this modern masterpiece by Nuri Bilge Ceylan? What do you think of it?