If you are asked to choose the director of 2012,whom you are gonna choose? Michael Haneke,the man who just won his second Palme d’Or? or Paul Thomas Anderson,the man who came back strong with his darkest film to date? or Asghar Farhadi whose film won Oscar Best Foreign Language Film this year and was nominated in the 2012 TIME poll? If this director can be chosen from the past figures in history,Alfred Hitchcock is the one who qualifies for this title.Wonder why? I’m gonna look back at the 8 big Hitchcock events this year,and you can use this as an index for getting better knowledge of this cinema master. 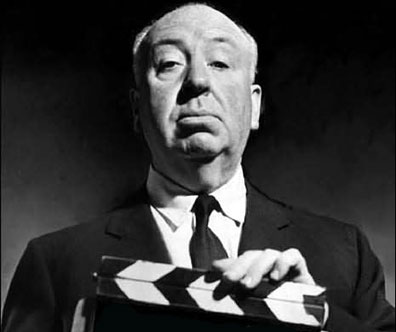 The Return of Alfred Hitchcock,on Both Big and Small Screens

The familiar fat figure is back! Film audiences are gonna have two films to watch about the master and his three famous films: Marnie,The Birds and Psycho.Let’s have a look at what’s in store for us on the film and TV screen. 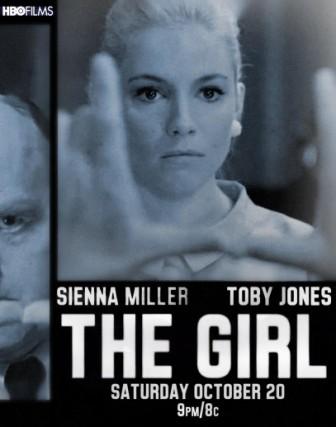 The Girl is a close look at the relationship between filmmaker Alfred Hitchcock(Toby Jones) and actress Tippi Hedren(Sienna Miller),who had worked together twice in Marnie and The Birds.Hitchcock had worked successfully with many great blondes before Tippi Hedren,including Ingrid Bergman,Grace Kelly,Joan Fontaine etc,but his relationship with Tippi was not so good,as the actress recalled in his later days,Hitchcock ruined her career.If you are interested in affairs between directors and actresses,this one should be satisfying.Many reviews online called this film “revealed a terrifying Hitchcock”,the conclusion certainly would offend some Hitchcock fans,but what if it was all true? 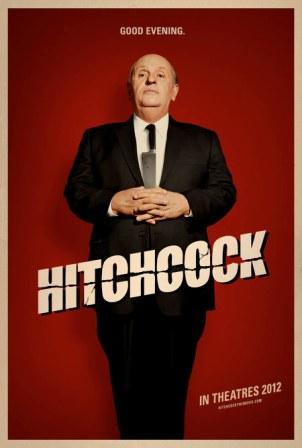 Any film with such titles should grab some attentions.The film is about the stories that happened during the shooting of one of Hitchcock’s most famous picture – Psycho.People have been discussing Hitchcock since the very beginning,the cast is the most controversial subject.Some argue that though Anthony Hopkins is a great British actor,his figure and physical look is not like Hitchcock even with the marvelous modern make-ups,also his voice still sounds like Hannibal Lecter.Scarlet Johansson is nothing like Jenet Leigh from any angle and his sexy figure is totally wasted in a film which didn’t show any part of the heroin’s body in its famous shower scene.But if you are a huge Psycho fan,and you are always interested in how a great film was made,you shouldn’t miss this one.

Alfred Hitchcock is one of the few directors in cinema history whose works span three time periods(silent era,sound B&W era,sound color era),his 1920s films have been released before in DVD format but the the poor picture quality still needs improvement. In 2011,a cheering news for Hitch fans was announced by BFI,that they are gonna start the lost 9 silent Hitchcock film restoration project,Guardian reported it early in August last year,but I didn’t get the news until I read the Sight & Sound magazine,a magazine that is officially issued and published by British Film Institution. 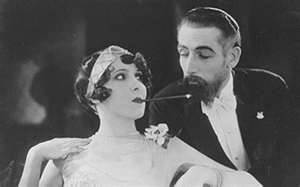 The 9 films that will be restored are:

The Pleasure Garden (1925,his debut film)

4.39 Steps to the Genius of Alfred Hitchcock 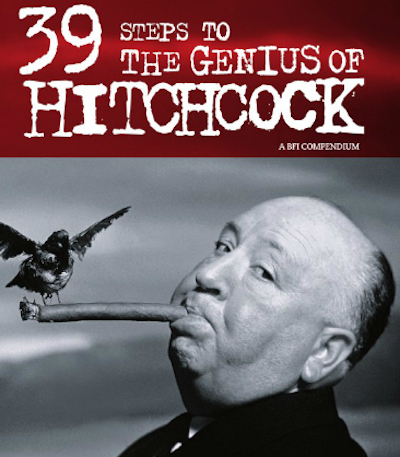 Book:39 Steps to the Genius of Alfred Hitchcock

It is the name of a book published by BFI this year which is a must-read for anyone who is interested in taking a closer look at the master’s cinema and the path of his legendary director career.As the title suggests,the book is written in chronological order and it tells the story of how a little fearful boy learned to project his fear to the big screen. If you are interested in this,you can read some of the chapters here or purchase it here.

5.The Greatest Films of All Time Poll

If there is any film activity that can qualify as the activity of the 2012,The Greatest Films of All Time Poll hosted by BFI should be it.The vote is cast and the result is announced every 10 years,which is event that is rarer than Soccer World Cup and Summer Olympic Games.This year’s result is exceptionally dramatic that “the king of the kings” Citizen Kane is pulled down by Alfred Hitchcock’s masterpiece Vertigo in the film critic’s poll,it has been a huge news in the industry because Orson Wells’ Magnum Opus has been there for five decades.Although Vertigo is not everyone’s favorite Hitch film,but its achievement on psychological and emotional level in cinematic language is convincing.

With a director who was so prolific in his career,any DVD company doesn’t want to miss the chance of releasing his films to get some money,since most of his films have not been transferred to the gorgeous Blu-Ray format yet,this is the perfect year to do so,and a win-win for both DVD companies and film fans. 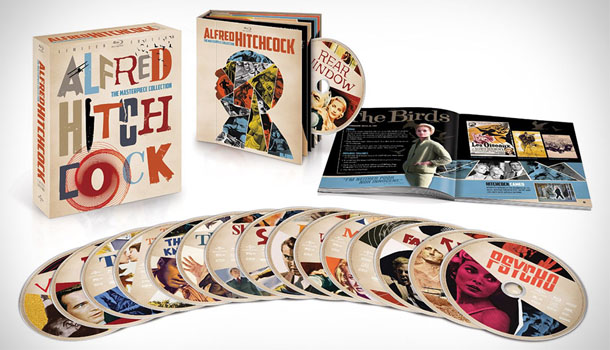 The Ultimate Collection of Alfred Hitchcock’s greatest films, including Vertigo, Frenzy, Rear Window, Psycho and The Birds, come together on Blu-ray for the first time ever in perfect High-Definition picture and sound.You can see the 15 titles here.

With hours of bonus features, a collectible 15 page hardback book, art cards, costume sketches, correspondence, photographs and more,this is THE Blu-Ray of the year,and a must-have for any Hitchcock fans.

Check out the DvDBeaver reviews of Vertigo,Rear Window and Shadow of a Doubt.

This is the first time British DVD company Eureka presents a film of Hitchcock in their Master of Cinema series.Based on an unpublished novella by John Steinbeck (written on commission expressly to provide treatment material for Hitchcock’s screen scenario), Lifeboat found the Master of Suspense navigating a course of maximal tension in the most minimal of settings with a consistently inventive, beautifully paced drama that would foreshadow the single-set experiments of Rope and Dial M for Murder.

Criterion has already released five films from Alfred Hitchcock,and they chose this original version of The Man Who Knew Too Much as one of their first bulk of releases of 2013,though the master called it amateurish and remade it into color version in 1956 with James Stewart and Doris Day,but this thriller remains as one of his finest achievement in his British period and contains one of the most famous Hitchcock scenes in the Royal Albert Hall.

The other Hitchcock Blu-ray releases in 2012 including The Lodger,Rebecca,Notorious,Spellbound,Strangers on a Train and To Catch a Thief.

See? 2012 is the year of Alfred Hitchcock! If you still haven’t had any of these,take a bite!

10 Hitchcock Blu-rays You Should Consider Buying This Christmas