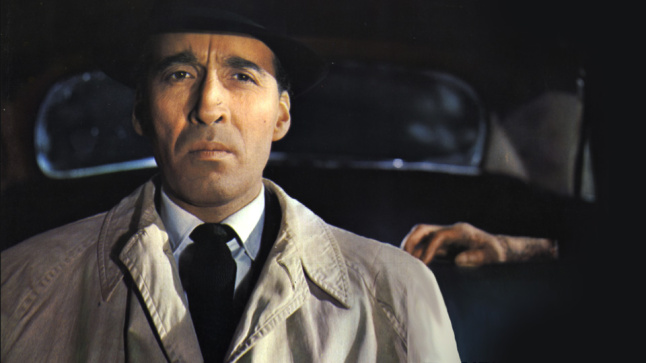 During a train journey, Christopher Lee, Roy Castle, Alan Freeman and Neil McCallum get their fortunes told by a shabby-looking tarot-dealing Peter Cushing. Through flash-forwards we see each man’s strange supernatural end, with this quartet of stories offering a rich variety of horror flavours, giving each actor his rightful time to shine. There really is something for everyone in these four tales: man-eating plants, werewolves, voodoo – but the best is saved for last with Lee’s snooty Franklyn Marsh, a ridiculed art critic whose deadly revenge on a defiant painter (Michael Gough) comes to haunt him when the artist’s dismembered hand gains a life of its own and seeks revenge on its body’s killer. Strange, I know, but ever so fun.

Director Freddy Francis knows how to give us a good time: the pace never stops, with a great jazz number thrown in for good measure. Typical terrors of the dark are dispensed with; instead bold psychedelic colours are used to shade scenes that are wonderfully reflective of the fruity kooky spirit of the film, as well as the swinging 1960s. The end of the movie reaches a beautiful surrealist denouement, keeping within the film’s prevailing supernatural flare. The main cast are all fantastic, and the supporting actors, from Michael Gough to Bernard Lee, do a terrific job in allowing you to buy into a world that is fun and campy but scary and life-threatening as well. For a film focused on death it knows how to have fun. It hasn’t much depth, but it does offer one hour and thirty-eight minutes of escapism. By the end of it you are more keenly aware of your own mortal coil, as all good horror should do. 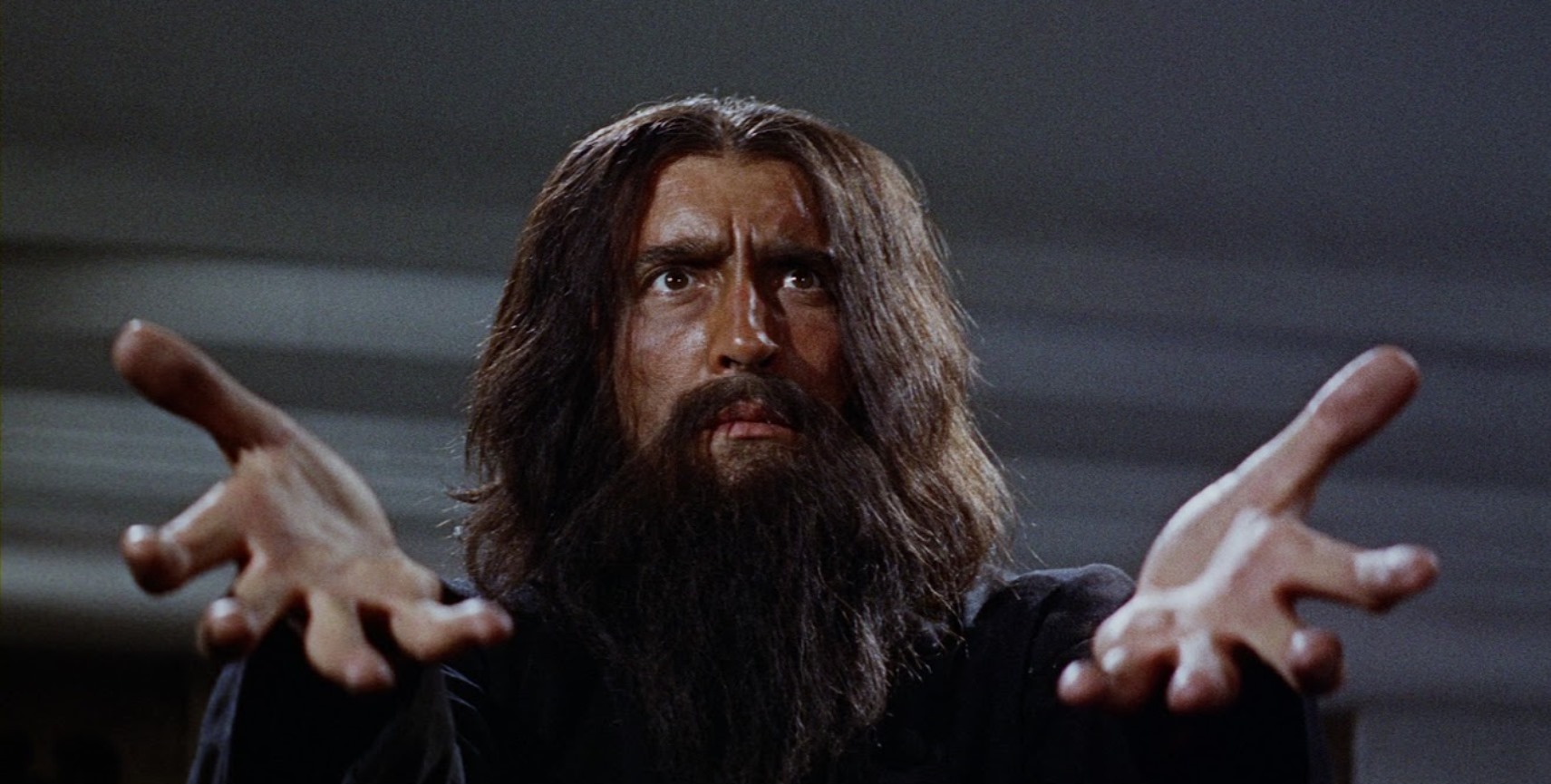 Grigori Rasputin might very well be Lee’s finest example of character work, as well as a welcome side-step from his more typical aloof roles the general horror viewer might know him for. As the infamous Russian mystic, Lee demonstrates real powers of healing and hypnotism that quite clearly confirm him to be the devil incarnate. To watch him unabashedly embody the role’s licentious rowdy behaviour is a treat. This hammy horrific ruffian is no doubt crude and coarse, but charming in his lack of inhibitions, his brazenness, and his wish to drink and be merry. His can-do attitude is strangely admirable, and his rise in social rank is oddly satisfying, from bar-crawling hand-chopper to slippery Svengali of the Russian court.

Director Don Sharp’s motif of red runs through the film as a pleasing mural to Lee’s hot-blooded monk, with the actor never looking so animated. For his fans it is a joy to see him chew the role, appearing at times, with his robes and great bushy beard, to be a younger Saruman on acid. Just ignore the historical inaccuracies and enjoy Lee’s charming scoundrel. 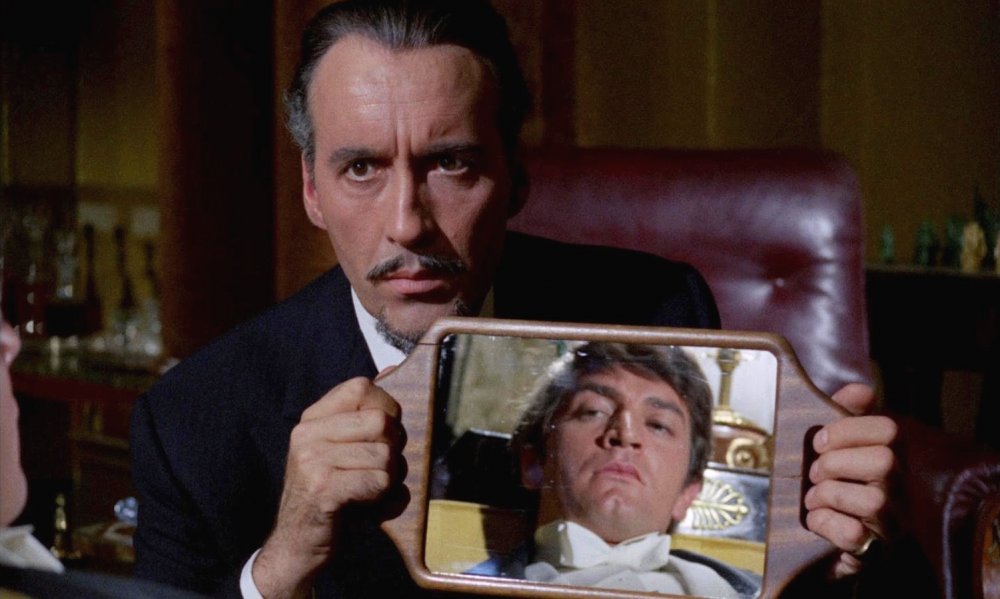 Here is a real masterpiece of subversion from Hammer that stands as one of its greatest films. Its atypical approach is winning, not least for swapping its gothic penchant for the cryptic and heinous world of Satanism, when Charles Manson, Jim Jones and other cult leaders and secret organisation were very much parading in the public consciousness. There is also the ingenious decision of having Christopher Lee, an actor associated with villainous roles, play the hero – for who else would have the integrity and spunk to stand up to Satan himself?

Based on the Dennis Wheatley novel that was ripe for Hammer’s picking, Duc de Richleau (Christopher Lee) and Rex Van Ryn (Leon Greene) must rescue their brainwashed friend Simon Aron (Patrick Mower) from Charles Gray’s mellifluous Mocata, leader of a satanic circle. This horrific thriller is made punchy and action-packed by legendary I am Legend author and screenwriter Richard Matheson, who gets Lee to say the most absurd lines of dialogue, but are reliably performed with such gravitas we unquestionably believe in them.

Lee plays the elder statesman of our heroes, carrying a bookishness and moral rigidity that is balanced with a dynamism and unflinching rigour at tackling the many dark arts ahead of him. Creepiness is myriad in this film, from the ghostly apparitions of a bulging-eyed sprite to the devil himself, its hairy goat-head offering ultimate uncanniness. The penultimate sequence when our heroes must stand secure in a chalk-drawn circle, insulated from the angel of death and a quite unconvincing giant spider, are nevertheless terrific, aided by low lighting and an eerie James Bernard score that orchestrates the high cost of holding onto one’s faith in the presence of pure evil. This is Terence Fisher’s finest film, with his self-effacing style letting us get lost in the fear of fanatic malevolence and the importance of standing up to it. 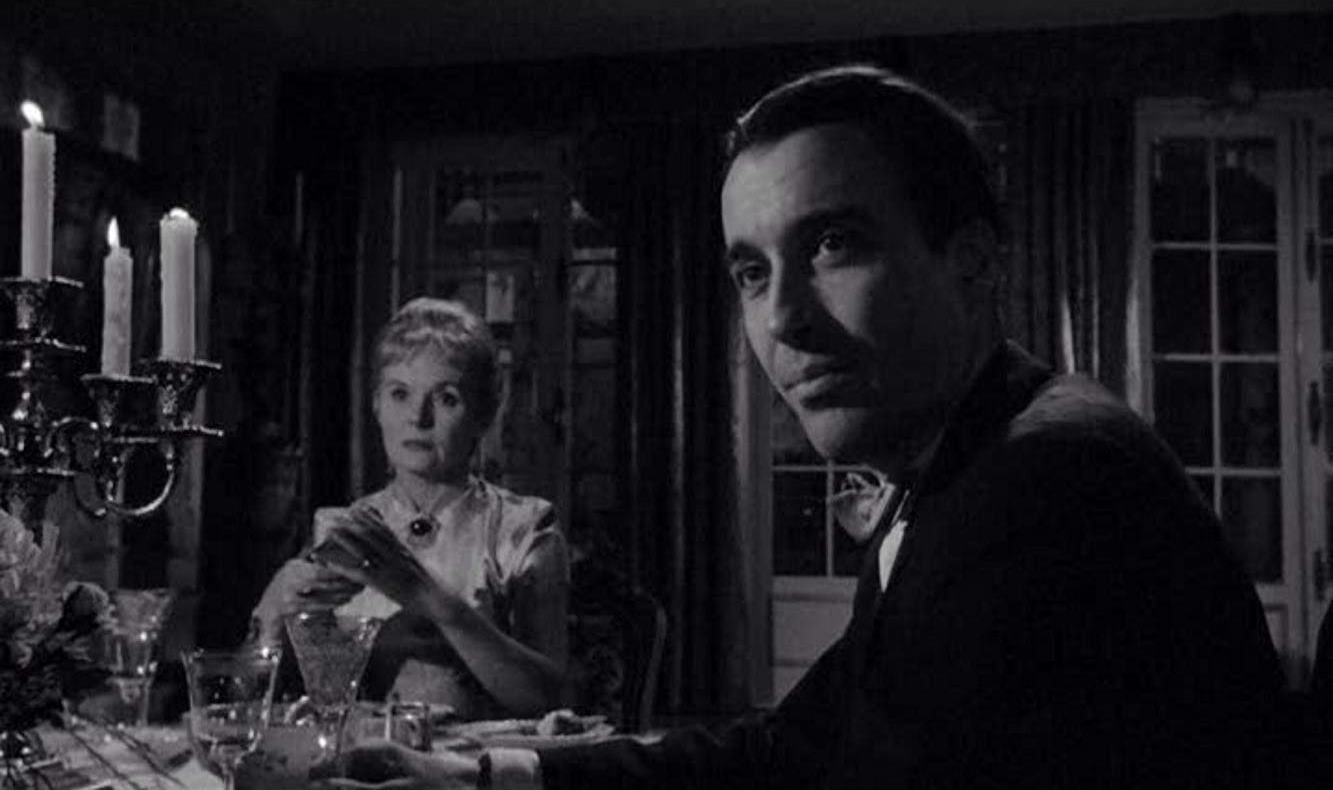 To quote the discussed actor’s words in The Films of Christopher Lee, Taste of Fear is certainly “the best film Hammer ever made”. Wheelchair-bound Penny Appleby (Susan Strasberg) has suspicions about her father’s well-being after coming to visit him at his French estate. Despite a summery performance from her stepmother (Ann Todd) all is not as it seems, with Penny enlisting help from her father’s steadfast driver Robert (Ronald Lewis).

This is an excellent chiller thriller. Crammed with enumerate twists and surprises it would be remiss of me to go in to too much detail here. Rest assured, director Seth Holt has an impeccable knack for winding and detonating tension. Filmed in black and white, its lack of colour and murky cinematography are perfect for expressing an atmosphere of ambiguity, mystery and suspicion. Christopher Lee only has a small role to play, but an important one, playing the family’s French doctor and acting as the key harbinger for the film’s impactful psychological themes of trust, secrecy, and the motivations that propel the human condition.

One of the film’s many assets is its acting talent. Susan Strasberg is excellent as the heroine, fighting off familial suspicions of female hysteria, whilst Ronald Lewis is a standout addition as the Appleby driver, delivering an honest naturalistic performance rich with considered introspection. Some might label this film as Hitchcokian, but to do so would be lazy. Though it favours fast pace and a mystery plot with more twists and turns than a maze, its level of burrowing into the ambivalent extremities and subtleties of the human mind make it superb.

At number one is the finest British horror film of all time. Sergeant Howie (Edward Woodhouse) is a puritanical policeman sent out to investigate the disappearance of a twelve-year-old girl on a remote Scottish island, its secretive suburban village governed by Lord Summerisle (Christopher Lee). But Howie’s discovery that he is actually on a heathen island full of pagans who plan to hold a sacrifice in the hope of welcoming an apple harvest puts the policeman in a nightmarish situation, though an absolutely captivating one for his audience.

With parts feeling like a travelogue, Hardy does a sensational job in immersing us within the town of Summerisle. Everything feels real, from the dreary, unimpressive high-street to its sunny suburbia, all whilst managing to suggest something sinister through the town’s local oddballs, from Ingrid Pitt’s lascivious librarian, to Lord Summerisle himself, played by Christopher Lee. No doubt one of his finest roles, Lee initially appears to be a seemingly carefree benevolent leader, but this is Hardy’s way of reinforcing the dualistic topsy-turvy nature of the island; from the constant motif of animal masks, suggesting the savagery beneath this society, to their carnival delight at a deadly sacrifice. The film’s many folkloric songs often make it feel like one has fallen deep into a randy orgiastic fever dream.

Screenwriter Anthony Shaffer delivers a more literate horror film than the genre’s usual blood and gore through the town’s unsettlingly imperishable following of paganism. That indeed is the most terrifying thing about this film in that there are no real villains; just ordinary people with entrenched beliefs as unshakable as they are extreme. The final sequence with the monolithic wicker man is iconic and haunting, igniting within us questions of how we stand and sometimes die with our beliefs; the truth that some evils cannot be defeated; that horrors are real but every day we must face them. With that mane of hair, egg-yolk turtleneck and tweed blazer, Christopher Lee does what he does best: he plays the embodiment of evil and devotion, much like his other roles in the genre, and always with a smile behind the eyes. These qualities make him not just a legend of horror but film itself.