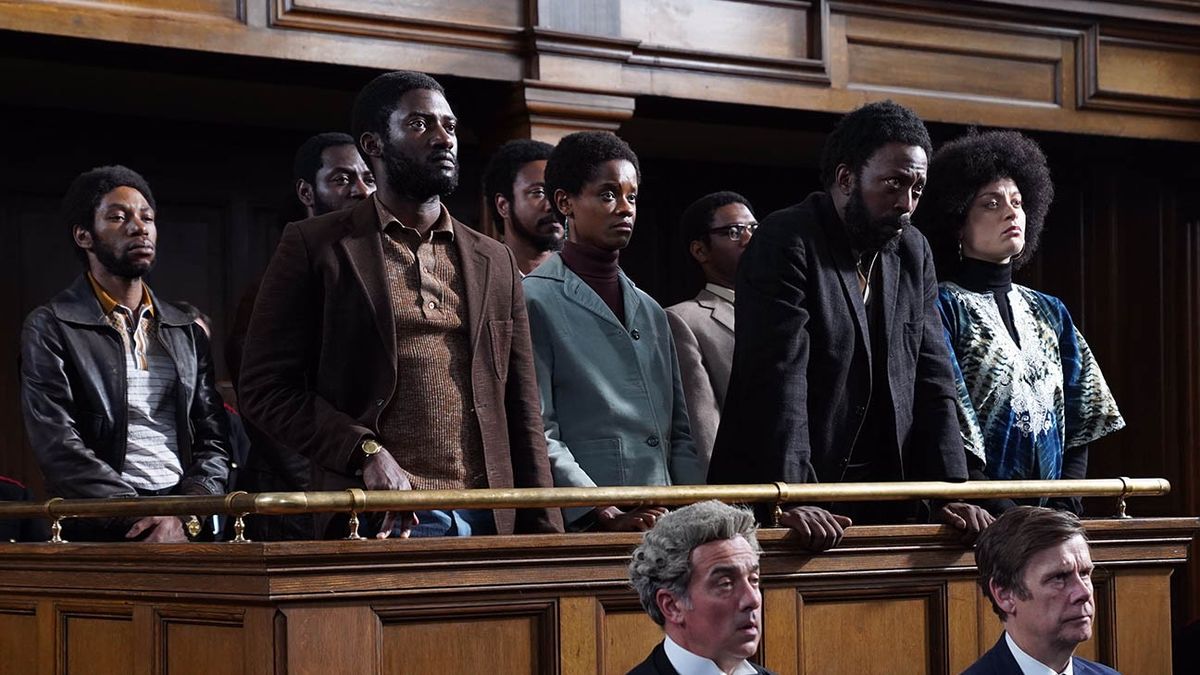 Mangrove, in just two years, has aged incredibly well. What appears to be a conventional cry of outrage turns out to be so much more. Any comparison with Trial of the Chicago 7 should immediately be incinerated and penalized. Because the first half of Mangrove is just as immersive as Lovers Rock, just as impressive a replication of 1970s London and the community being abused within it. And once it stops being that, McQueen kicks it up a notch with about as tightly written a courtroom drama as you can hope for.

The acting standout here is certainly Letitia Wright, who defends herself in the courtroom in a gripping speech. You can definitely predict a lot of beats in Mangrove, but you’re getting such a solid drama for the two-hour runtime it doesn’t matter too much, even if it lacks the “wow” factor of McQueen’s other options. 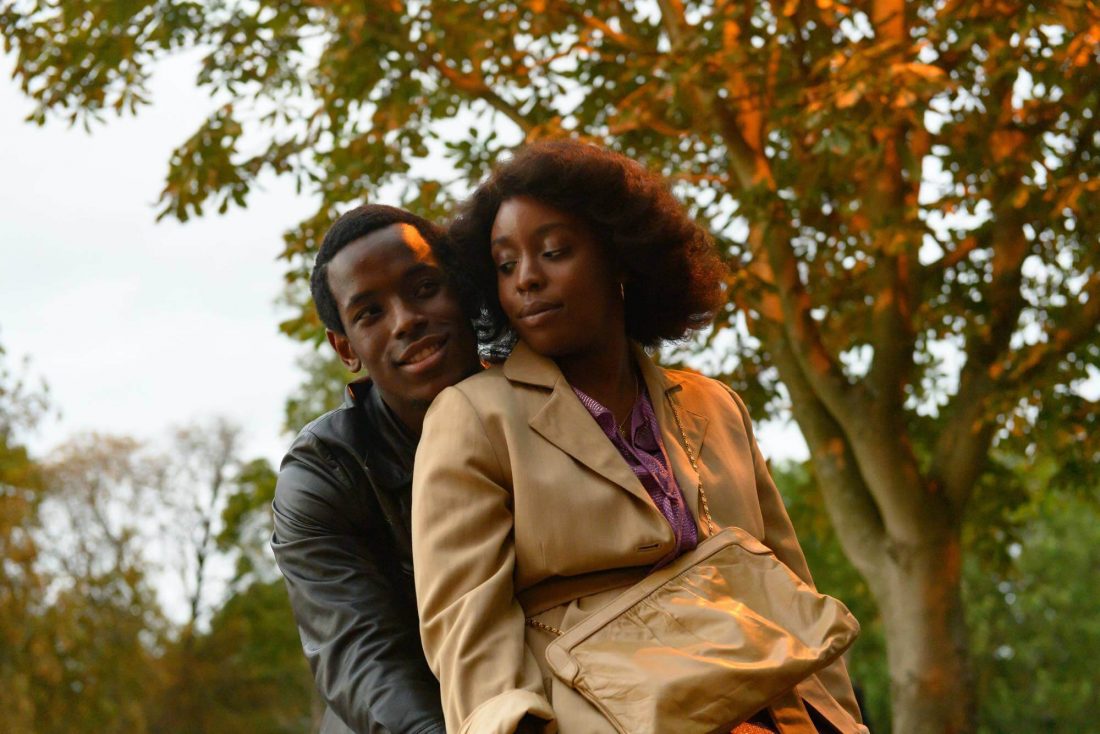 The great tragedy of Lovers Rock is that it was released on streaming. For such an evocative, unbelievably detailed movie to be confined to the TV screen is not right. Because Lovers Rock is, yes, an experimentation in film, but one that has a purpose. Lovers Rock is really just a scene. Roughly one hour at a party soaking in McQueen’s richest atmosphere he has yet created. And sure, the film does capture that oh so specific feeling of the joy of being at a party.

What elevates it is how it captures the specific intimacies at a party, all the unique connections people share whether talking or just dancing. It is by no means a misnomer to call it a tone poem on film, but it’s hard to think of any tone poem like it this celebratory, invigorating and downright fun to watch. 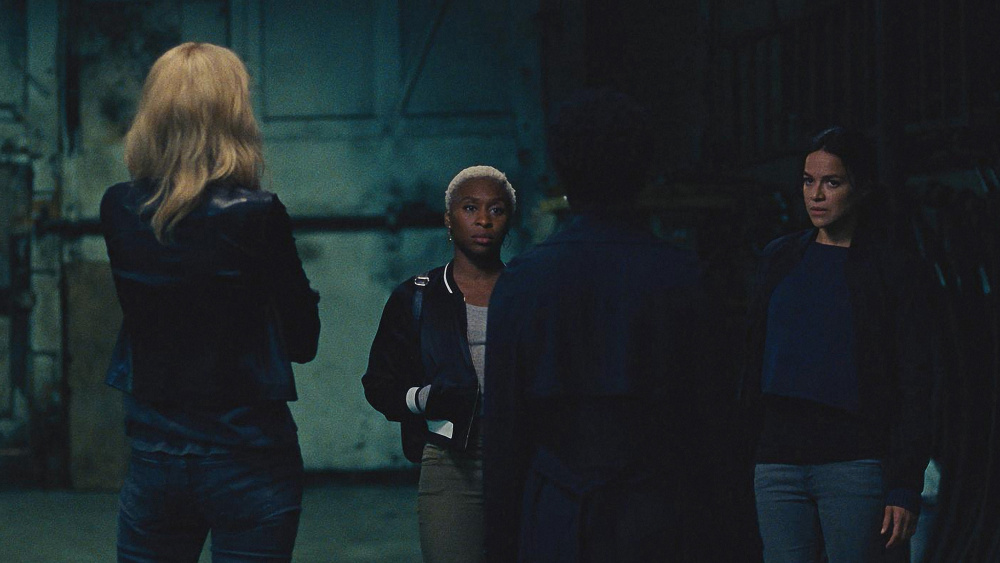 Widows is the rare McQueen film that isn’t intent on making you feel bad from beginning to end. Or is it? Widows is, yes, the slick heist thriller that comfortably plays in the background on TNT seemingly every week. But McQueen being McQueen, it’s also one of the quintessential movies on American cynicism. The female-led ensemble is all coerced into a heist they don’t want to do by a force they can’t identify. McQueen’s critique of capitalism is a little more typical than his usual work, but it is no less stinging as his other films.

And like a Soderbergh film, McQueen still doesn’t let his more artsy flourishes get in the way of genre delights. Widows is still that movie on TNT you love to watch. It is exceedingly entertaining from top to bottom and of course thrives when the actual heist comes about. The leading ladies chew up every scene they get and Kaluuya is there to remind audiences why he’s one of the best actors of his generation. McQueen takes a premise that could have spectacularly failed and instead morphs it into one of the most satisfying genre movies in recent memory.

The film that announces McQueen as a force to be reckoned with remains one of his best. Hunger is vintage McQueen. The harrowing subject matter combined with a cold, slightly removed attachment to the main character that still leaves us emotionally wrecked by the end. His films are frequently an actor’s showcase and that remains true here, with nothing short of a sensational performance from Fassbender.

Hunger may have been a debut film, but McQueen attacked the violence and disturbing nature of the hunger strike without a shed of shyness. It’s him as confident in his directing powers as ever, frequently omitting dialogue where other, more traditional filmmakers would inject vapid interactions. Which, of course, makes it all the more ironic that the highlight of the movie in a single take dialogue scene between Bobby Sands and his priest.

Hunger’s most iconic scene is emblematic of McQueen’s approach to the film as a whole. McQueen does not say the obvious things. He doesn’t grandstand and make a clear, righteous statement in the way a common Hollywood film does. He always is going for one layer deeper. And in both that scene and the film as a whole, McQueen is constantly searching for ideas that lurk below the surface of our minds.

12 Years A Slave is a punishing retelling of human depravity, but one that does not scare off its viewers. Unlike something like Come and See, 12 Years a Slave is not about suffocating you with despair. The film works so well and keeps viewers so invested because of how singularly focused it is on the protagonist. We get glimpses of a peaceful, happy life that makes us all the more engaged and hopeful he will return to that life once again. He is always present for every evil deed in the film, no matter as the victim or an onlooker. Solomon works so well because through him we get to see not just the macroscopic effects of cruelty, but the microscopic ones as well.

Not to mention that he works thanks to an outstanding performance from Chiwetel Ejiofor, with Fassbender and Nyong’o matching his excellence. Almost every other actor, despite their big names, do not upstage their counterparts and smartly devote themselves to the service of the story as a whole.

The script is frequently brilliant in execution, the production design is immersive as hell, and the direction is able to pack a punch without overtly calling attention to itself. Minus an out of place Brad Pitt inclusion, 12 Years a Slave is exactly what you want from an Oscar winning movie. It not only tackles large ideas with an absurdly talented cast without being tacky, but it displays the height of craftmanship in pretty much every quality of the film, especially that score. 9 years later, it remains McQueen’s best.