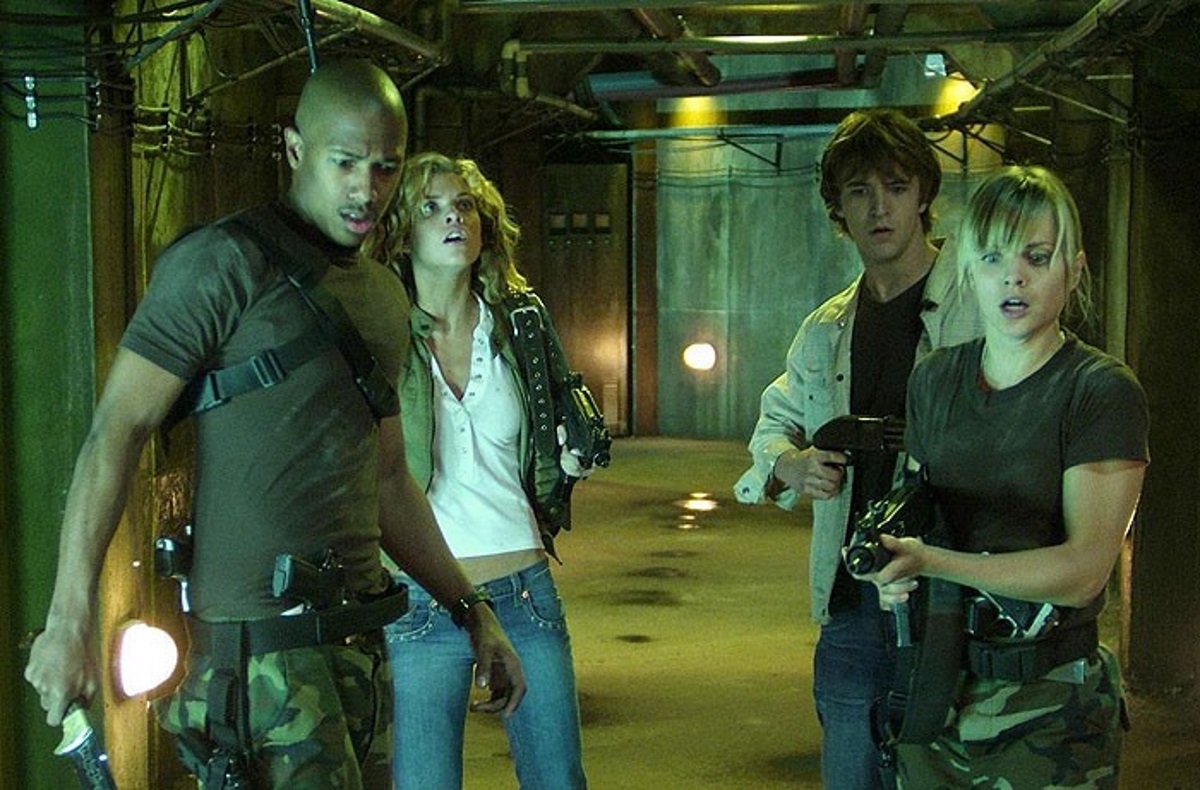 Steve Miner is no stranger to sequels. Actually, his directorial debut was “Friday the 13th Part II” (1981), which introduced Jason Voorhees to slasher genre aficionados. Merely a year later, he directed “Friday the 13th Part III” (1982), which provided Jason with his famous hockey mask. While he is also known as a director of video-store classics like “House” (1985) and “Warlock” (1989), Steve Miner is mostly remembered as a director of horror movie sequels. While “Halloween: H20” (1998) didn’t stand the test of time as other sequels from the franchise, it was the highest-grossing installment of “Halloween”, until the 2018 reboot. So, how can a sequel in a remake franchise turn out to be bad in the hands of such a director?

The remake of the first film in George A. Romero’s classic living dead series “Night of the Living Dead” was made by Tom Savini in 1990. It was met with certain criticism, but mainly due to being too faithful to the original, which to Roger Ebert was pointless. The remake of “Dawn of the Dead” (2004) by Zack Snyder wasn’t well-embraced by fans of the original, but was a commercial success, bringing over $100 million on the $26 million budget. Steve Miner’s take on Romero’s ‘Gone with the Wind of the dead’ was a critical and commercial flop.

It had grossed $300,000 on an $18 million budget, and many critics had called it “dead on arrival”. Such reception can be explained by the lackluster way the screenplay was approached. While the movie tries to pay homage to Romero’s original film, it trips on being so-bad-it’s-funny. The slapdash direction led to the movie easily fading into obscurity. 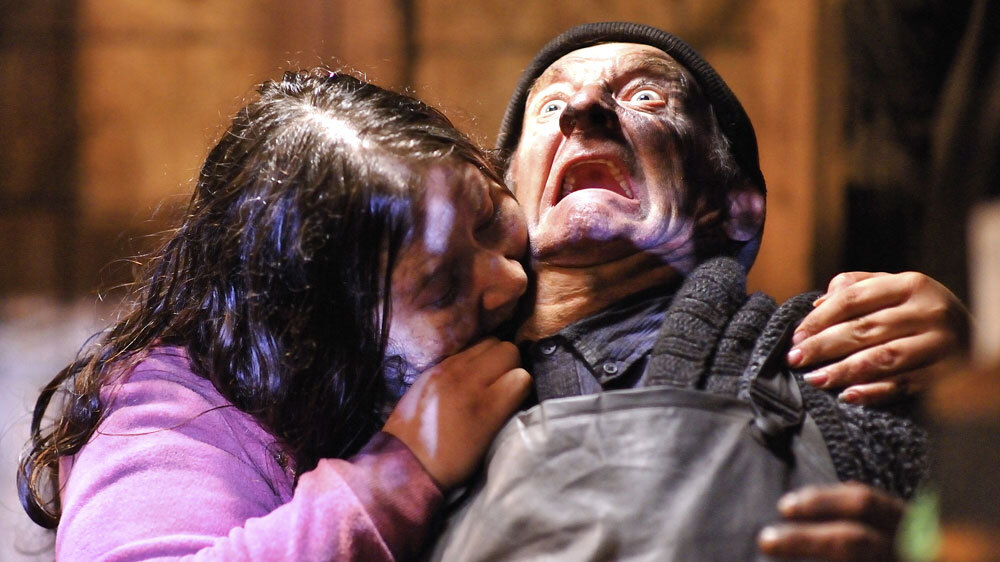 One year after Steve Miner’s attempt to remake his film, Romero himself comes with the greatest misfire of his career. His previous entry in the Living Dead series, “Diary of the Dead” (2007) was met with critical praise and had considerable commercial success, regarding that the movie earned over $5 million on a $2 million budget.

The main problem with “Survival of the Dead” is the overall feeling that Romero wasn’t interested in any particular idea. Instead, he had gone to please his fans. There is a lot of gore in the film, but not even the slightest idea. The direction is close to uninspired, and it seems like Romero was trying to follow the path of hundreds of directors who ripped his ideas for their own films. It is really sad that “Survival of the Dead” remains the last film of the late master of horror. 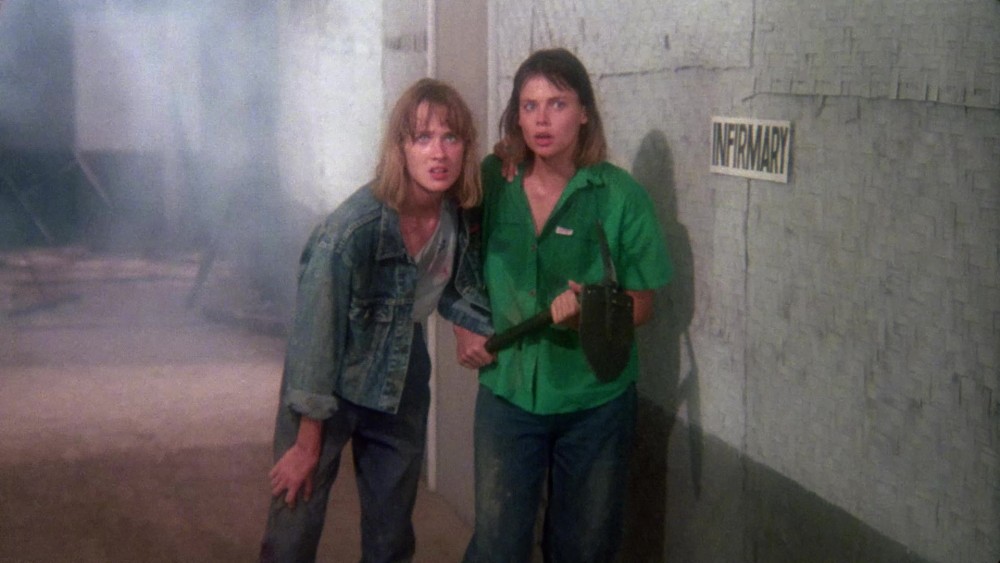 In 1979 he directed “Zombi 2” (aka “Island of the Dead” and “Zombie The Flesh Eaters”). While the movie had been an attempt to cash in on Romero’s “Dawn of the Dead”, which was released in Italy as “Zombi”, “Zombi 2” became a hit on its own. It was a commercial success, grossing over $30 million worldwide, and became a horror classic that still enjoys a dedicated cult following.

After “Zombi 2”, Fulci made a bunch of successful horror films that included his “Gates of Hell Trilogy”, consisting of “City of the Living Dead” (1980), “The Beyond” (1981), and “House by the Cemetery” (1981). In 1982, Fulci briefly returned to the Giallo genre and directed “The New York Ripper” (1982), which became quite controversial, as many critics claimed that the movie hated women. The same year another Fulci film “Manhattan Baby” was released. The latter became a commercial flop and turned Fulci away from horror films for three years.

In 1987 Fulci released “Aenigma”, a horror film which, despite having an interesting concept, which can be described as “Carrie” (1976) meets “Patrick” (1978), wasn’t a glorious return to form for Fulci. Fans were expecting gore from “The Godfather of Gore”. And that’s when Fulci decided to capitalize on the success of “Zombi 2”. While “Zombi 3” is considered to be an official sequel to “Zombi 2”, it is an in-name-only-sequel.

“Zombi 3” is a mess of a film, with zombies not hungry for your brain, but simply want you dead. Aside from that, the movie includes zombies running with machetes, zombies trying to force women into lesbian sex, and even a zombie DJ. However, Fulci is not exactly to blame for the mess, as he directed only 60% of the movie before falling ill. The rest 40% of the movie was directed by Bruno Mattei. “That movie is not mine. It has been done by a group of idiots”, Fulci would later say of the production. 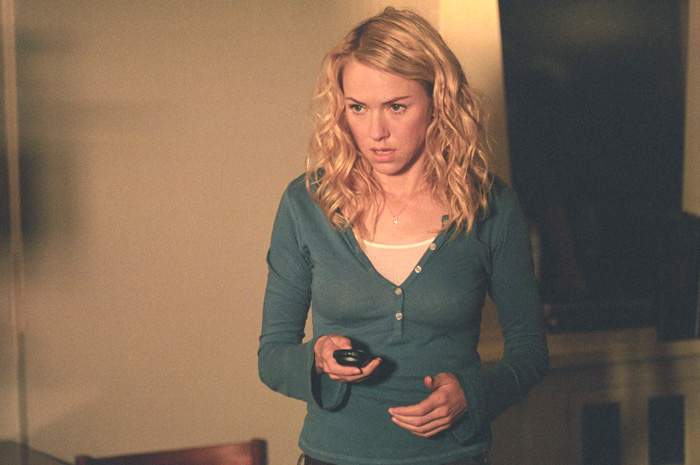 The J-horror aficionados are familiar with Hideo Nakata, as he is the director of “Don’t Look Up” (1996), “Ringu” (1998) and “Ringu 2” (1999), and “Dark Water” (2002). Considering all that, it is easy to say that Nakata was responsible for popularizing J-horror worldwide. With “Ringu” being the success that green-lit even a more commercially successful American remake, Nakata was hired to direct the latter’s sequel. But even the director responsible for the widespread acclaim of J-horror can’t save the 2000s American horror movie from the dull script and absurdities.

What once was a beautiful Japanese horror film and then a breath of fresh air for American horror cinema, turned into a speed racing with CGI deers, Samara’s ghost trying to possess Aidan, as well as climbing up the well like she has a torpedo engine somewhere inside. The movie would simply pass as a so-bad-it’s-good film, if not for the grace of the “Ringu” and its American counterpart. 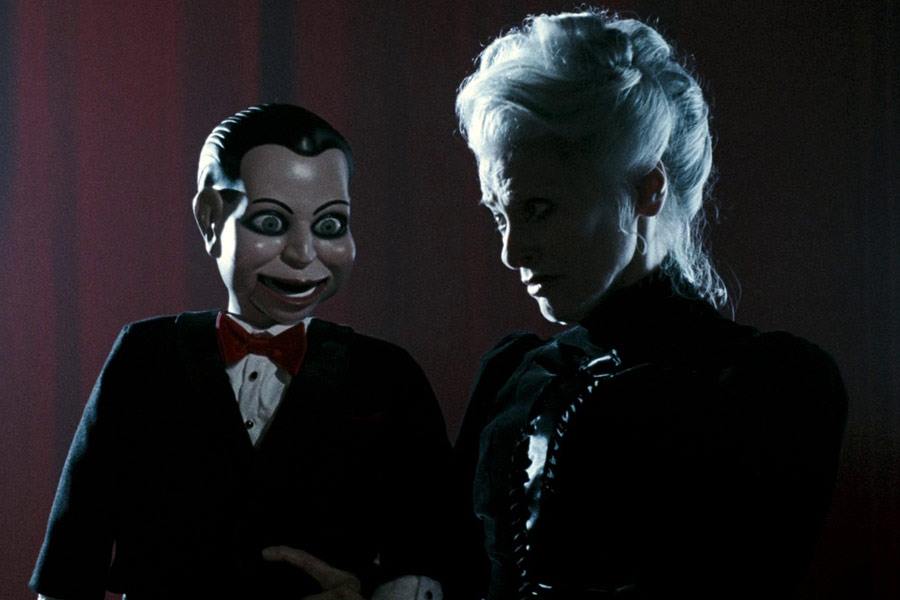 Malaysian-born Australian filmmaker James Wan got worldwide recognition after the release of “Saw” (2004), written by and starring his friend Leigh Whannell. “Saw” had spawned a franchise, which included seven sequels. James Wan continued his success with movies like “Insidious” (2010) and “The Conjuring” (2013), which allowed him to direct blockbusters like “Furious 7” (2015) and “Aquaman” (2018).

However, there was one film sandwiched between “Saw” and “Insidious”. That movie was “Dead Silence”, a critical and commercial flop that had faded into obscurity for the mainstream audiences, but managed to gain a cult following among horror genre aficionados.

To understand why the story of turning people into mute puppets flopped, it is necessary to consider the development of the story. After the success of “Saw”, Whannell and Wan started developing a new film based on their agent’s advice. The team of independent filmmakers, who got used to developing the story on their own, had to face the involvement of Universal Pictures. According to Whannell, the studio executives hadn’t liked his script so much that they even hired a script doctor. As a result, the viewers were exposed to a clichéd horror movie with boring and undeveloped characters, boring dialogues, and an obvious twist ending.