Is “Gamera vs. Guiron” fundamentally “so bad, it’s good” filmmaking? Maybe (it was on “Mystery Science Theater”, after all). But the film is so earnest and endearing that even the most turgid of viewers should find something to appreciate in its beautiful absurdity. A pair of children, whisked away from Earth via a flying saucer, maneuver an alien planet while sexy Japanese spacewomen conspire to eat their brains. Oh… and Gamera also faces off against a giant creature with a knife for a head. It’s a terrific time! 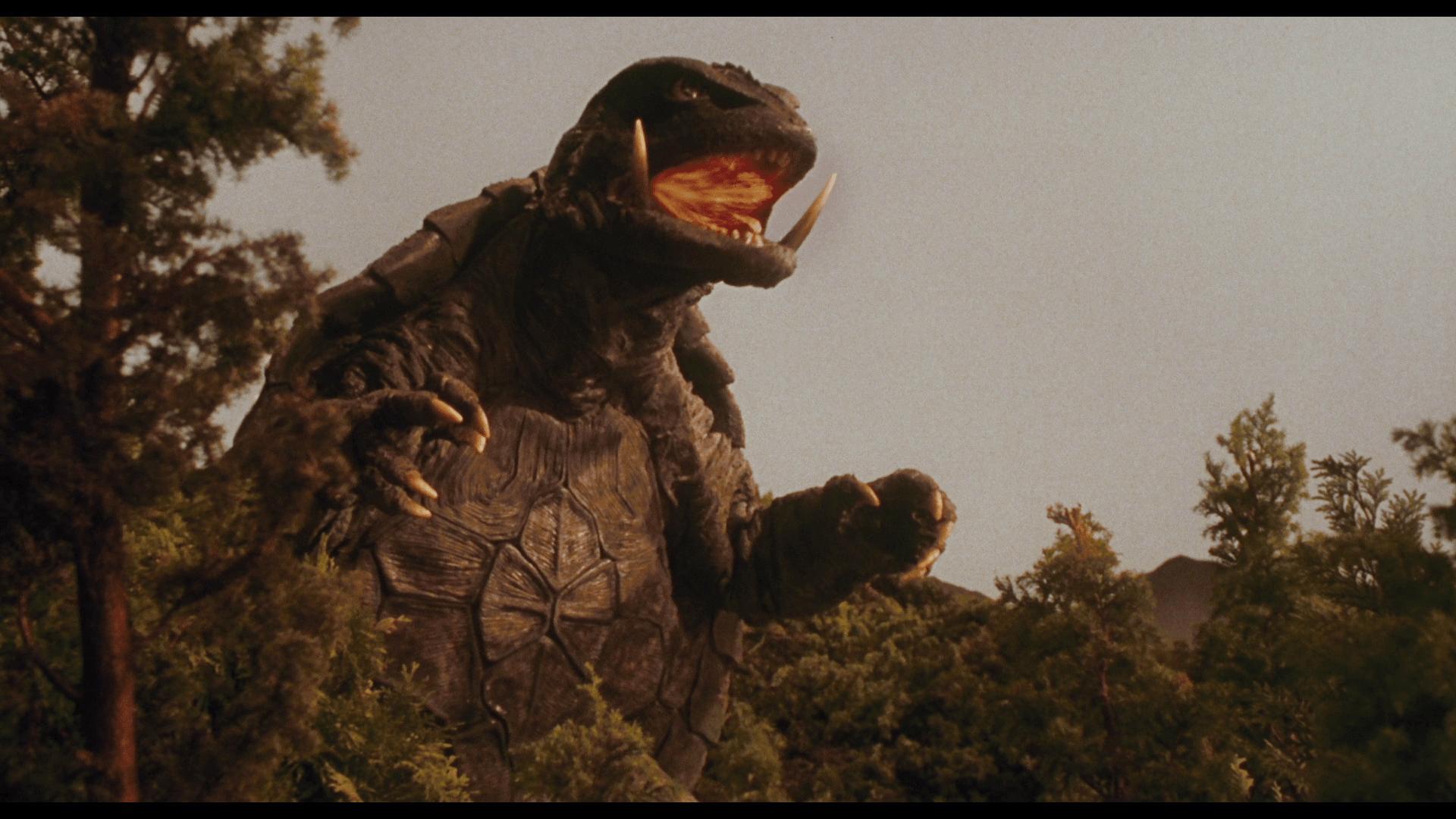 Set on restoring their flagship chelonian’s pride after the embarrassing failure of “Super Monster”, Daiei Film teamed up with rival studio Tōhō and tapped Shûsuke Kaneko — quixotic auteur who would additionally direct a “Godzilla” title six years later — to rouse Gamera from his shell in 1995.

The rest is history: “Gamera: Guardian of the Universe” was a rapturous, Kaiju-sized smash hit successful enough to spawn a trilogy, earn a U.S. release and catch the attention (and approval!) of the late Roger Ebert.

Kaneko by-and-large tosses out Yuassa’s original iteration (despite maintaining the “Friend of All Children” aspect, sort of) in favor of a significantly darker approach built on detailed puppetry and intricate miniature effects. Furthermore, Gamera’s classic enemy Gyaos is reintroduced and rebranded as a swarm of puppy-eating bat creatures.

Within the broader context of Kaneko’s completed “Gamera” series, “Guardian of the Universe” might stand as the by-default ‘weakest’ entry, the solitary strength of Kaneko’s first installment is ultimately undiminished by the comparative superiority of its immediate follow-ups. A Kaiju classic. 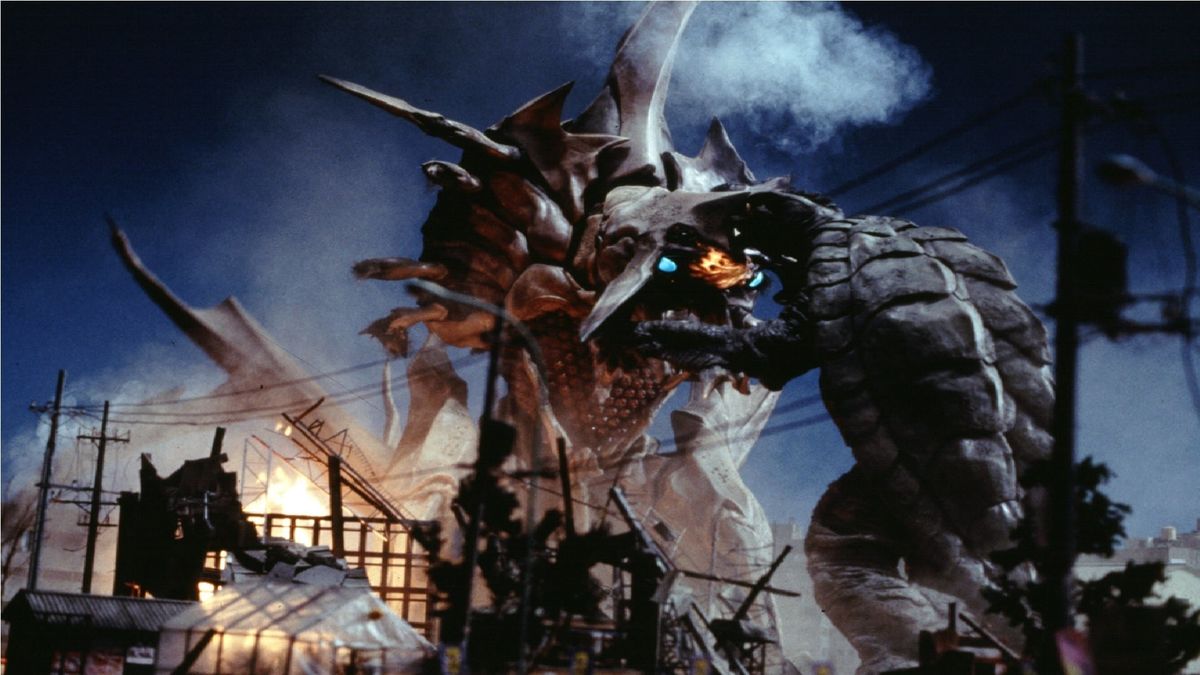 With “Gamera 2: Attack of Legion”, Kaneko graduates from top-notch Kaiju pulp to serious-minded thematic deconstructionism. “Guardian of the Universe” may have spun the Friend of All Children back into prominence, yet “Attack of Legion” marks the moment that Gamera began to outclass his once better regarded contemporaries — even Godzilla.

Kaneko continues to exploit the arcanity of his reptilian muse to dismantle and dissect the Kaiju genre. A new adversary, not drawn from the “Gamera” franchise reservoir, is introduced in the extraterrestrial hive mind Legion. But the true villain of “Attack of Legion” is mistrust: Kaneko concentrates the brunt of his effort on the societal aftershocks wrought by the events of “Guardian of the Universe” and elevates stock military characters to fully realized and nuanced narrative instruments

That “Attack of Legion” only ranks in fourth speaks to the strength of the remaining “Gamera” titles. The bipedal turtle has earned his space in the Kaiju canon, and a defined cinematic integrity. 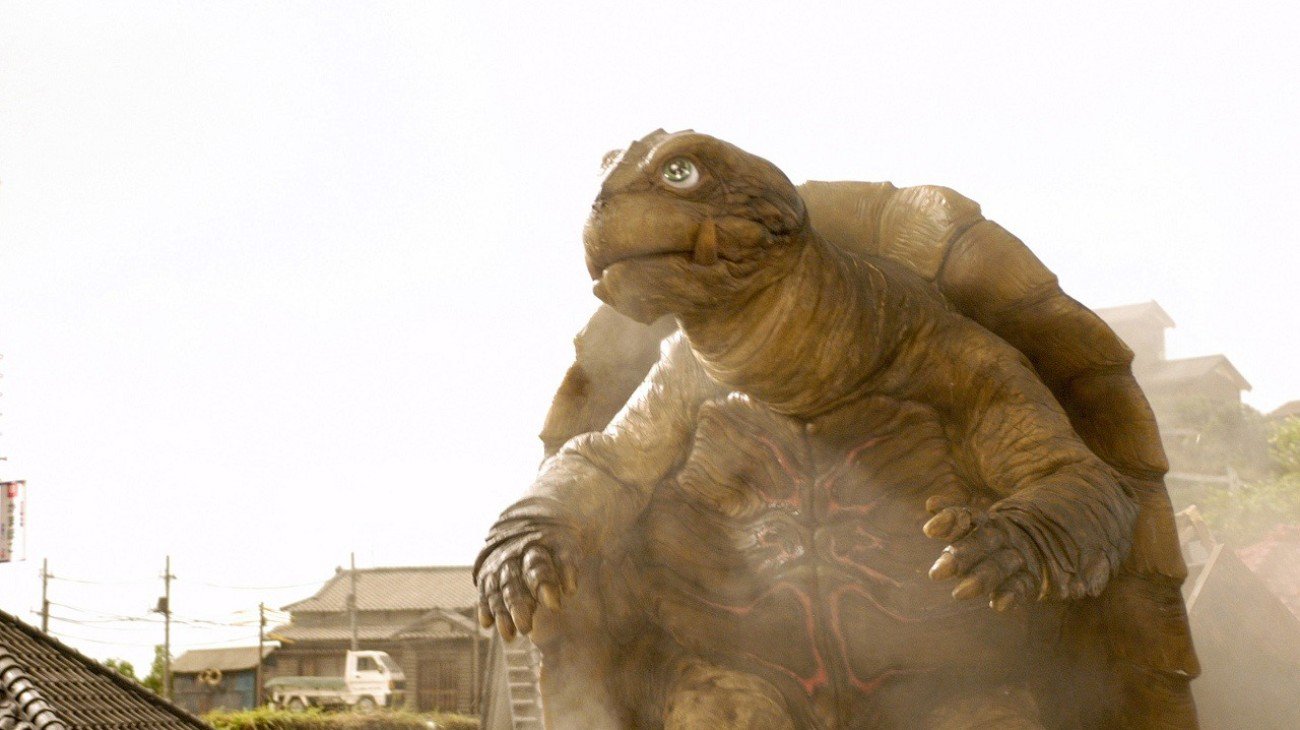 “Gamera the Brave” never stood a chance. A vast contingent of fans had grown overly accustomed to Kaneko’s gritty reimagining of the “Gamera” mythos and forgotten the series’ cuddly roots — which “Gamera the Brave” represented an absolute return to. The switch perturbed the mainstream Kaiju crowd and the film sadly flopped. Divorced from its baggage as the first post-Kaneko “Gamera” outing, however, “Gamera the Brave” is an innocuous Spielbergian delight.

A troubled young boy (Ryô Tomioka) stumbles across a seemingly normal turtle egg. But when the hatchling emerges, it rapidly reveals itself as a reincarnated version of Gamera (though he prefers “Toto”) and Japanese authorities scramble to contain the reptile as a villainous Kaiju is awakened by Gamera’s resurgence.

The narrative (in addition to owing a wealth of gratitude to “E.T.”) boasts a brilliant method of reintroducing Gamera to a modern era while keeping the spirit of Yuasa’s original series. Tomioka is very good, and isn’t Toto/Gamera just adorable? 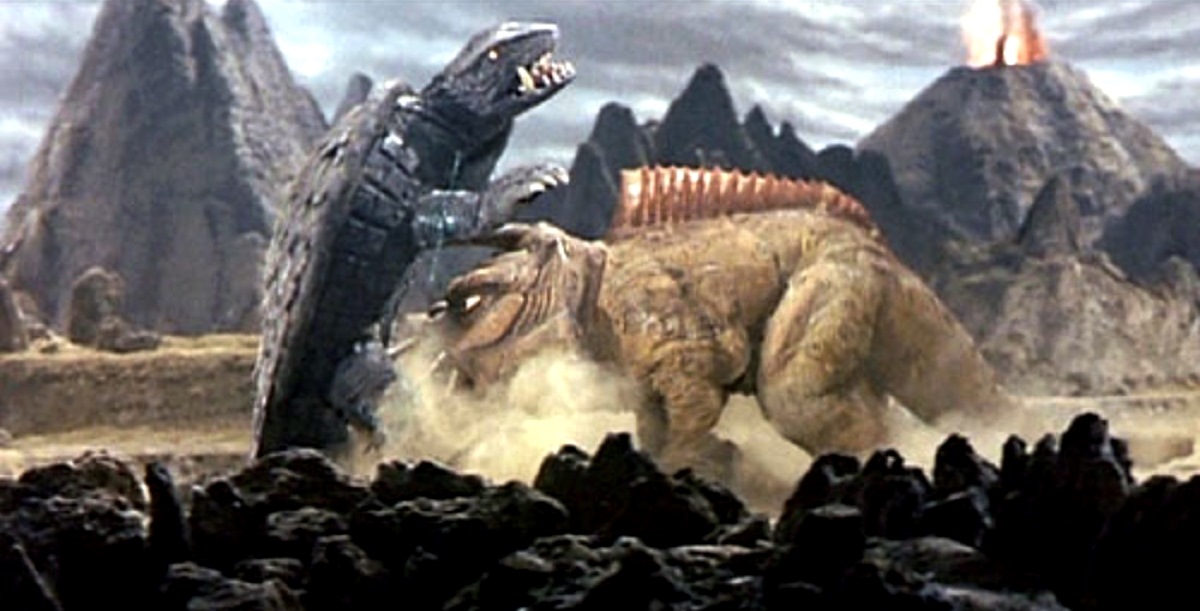 Why do people love Shōwa-era Kaiju movies? “Gamera vs. Jiger” provides the most authoritative answer since Ishirō Honda’s “Destroy All Monsters”.

Yuasa’s near-final “Gamera” film is lavish with imagination and resonance. “Gamera vs. Jiger” — burdened with an infinitesimal budget as a result of Daiei Film’s dire financial straits — nonetheless employs sprawling sets to tell a chimerical tale about mystical statues and a tremendously huge triceratops. Volcanoes, too! A pair of youngsters also go on a deep-sea submarine dive through Gamera’s entrails à la “Fantastic Voyage”. See it to believe it. 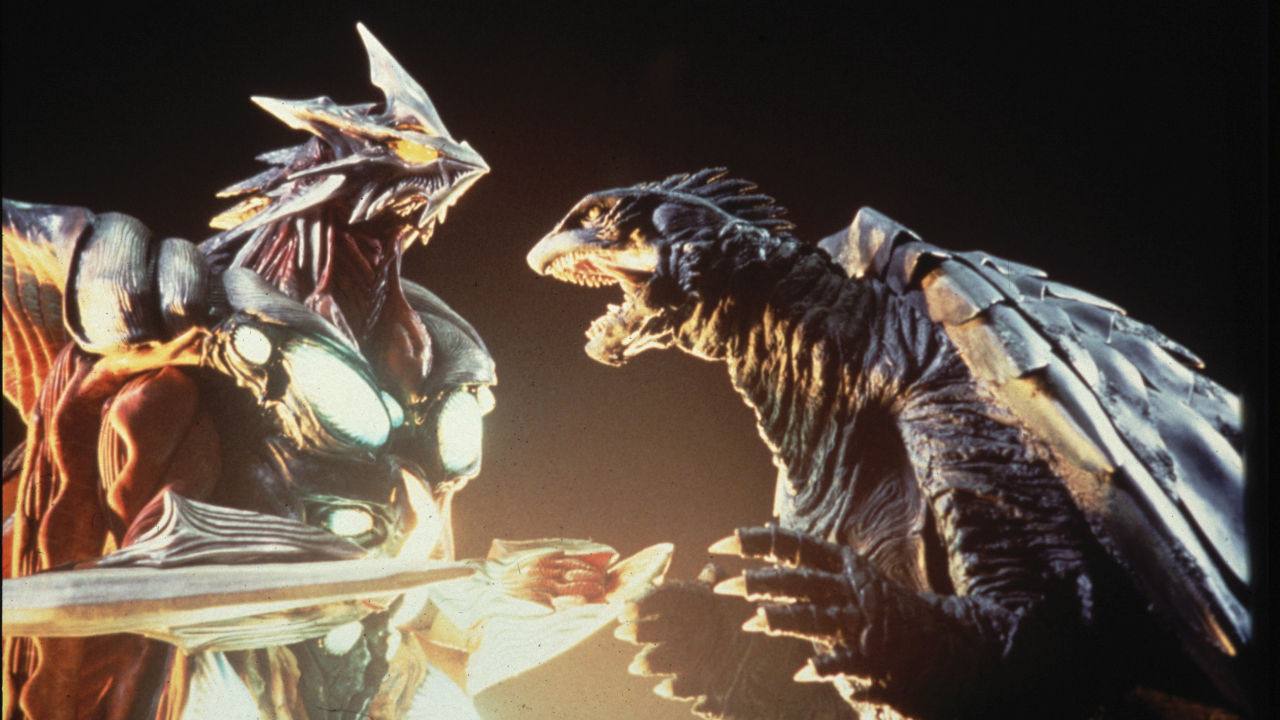 As a general rule of thumb, it’s unwise to compare competing franchises, yet “Gamera 3: Revenge of Iris” genuinely feels like Gamera’s answer to “Godzilla vs Destoroyah”: an operatic, sweepingly grandiose epic that seeks to conclude a pivotal chapter in its Kaiju’s history.

But “Revenge of Iris” is more sophisticated and purposeful than “Destoroyah” could ever hope to be. Moreover, its startling imagery is imbued with an equally powerful thematic underpinning. Kaneko, simply put, has crafted a whopping Kaiju parable about grief in order to properly close out his acclaimed trilogy.

Iris proves the most fearsome foe Gamera has ever faced. Harnessing the anguish of a grieving young girl — having lost her family in Gamera’s struggle against Legion, Iris wreaks havoc on Japan’s major metropolises and strips Gamera’s right arm to the bone. Their final battle is awesome in scale and features one of the most shockingly moving scenes in any Kaiju movie, “Gamera” or otherwise.

Maybe Gamera will always remain “second-best” to Godzilla as far as the majority of Kaiju fans are concerned. The King of the Monsters certainly possesses an arresting filmography; nevertheless, Gamera’s films are frequently just as rewarding and gratifying. From Yuasa’s lovely kids’ adventures to Kaneko’s grungy rebooted series, Gamera is an invaluable pillar of giant monster movie cinema.