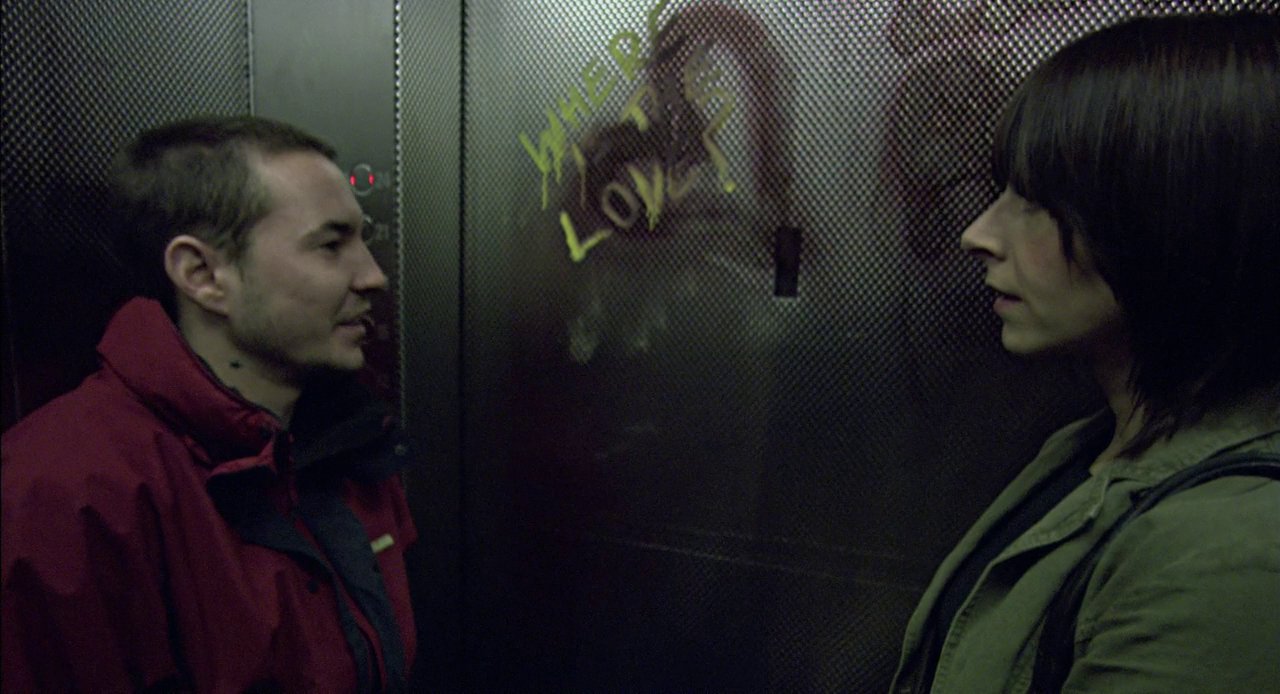 Andrea Arnold’s Red Road is a film that doesn’t get discussed as much as others in her filmography. The director of American Honey and Fish Tank started off her career with this low budget drama set in Glasgow, Scotland. It received mostly positive reviews upon its release but grossed a mere 1.28 million dollars at the international box-office. A quick look at its page on sites like IMDb and Letterboxd is evidence of the low visibility it’s had.

The film follows Jackie, a CCTV operator. One night, she sees the man who accidentally killed both her husband and her daughter years earlier, and was supposedly in prison. Jackie begins to spy on this man and later interacts with him, with dangerous consequences.

The film is gripping but simple. It was shot with many limitations as part of a planned trilogy of Scottish films called ‘Advanced Party’, inspired by the Dogme 95 movement created by Lars von Trier and other danish filmmakers. Arnold was given limitations; “namely that the budget should not exceed £1m per film, the film must be shot in Glasgow, feature the same actors (and to a certain extent the same characters), and should take no longer than six weeks to make” (Dale, 2006).

Arnold effectively conveys themes of grief and voyeurism through the ambiguous characters that populate these bleak Glasgow projects. Kate Dickie and Toni Currant give realistic, three-dimensional performances as the leads. It’s not exactly a masterpiece, but it is a worthwhile movie and shows how Arnold is able to tell palpably complex stories with minimal techniques.

William Friedkin, American director known for classics like The French Connection, The Exorcist, and Sorcerer. Definitely one of the most iconic and celebrated filmmakers of the 70s. He opened the 80s with Cruising, starring Al Pacino. It’s a film that has been forgotten for the most part, even though it’s among Friedkin’s best.

Al Pacino plays Steve Burns, a New York City cop investigating the murders of several gay men. He goes undercover and infiltrates Manhattan’s LGBT scene. He scours the seedy, nocturnal S&M bars of the Meatpacking district in search of the serial killer. It was based on a novel by Gerald Walker about an actual serial killer.

This film was initially met with hostility by the gay community. They thought it depicted the scene in a negative light. In the summer of 1979, members of the gay community in New York City protested the production of the film. They tried to disrupt production any way possible and succeeded in a way. Most of the film’s audio had to be dubbed in the studio from the noise of the protestors. They do have a point. The film only deals with the extreme eroticism of the gay scene in New York City and makes the average gay man into an antagonist. But it is nonetheless an extremely suspenseful and psychologically complex thriller that has been under-watched for decades.

The character arc of Pacino’s Steve Burns is especially interesting. As his hunt for the serial killer continues, his identity begins to blur with that of the cruiser he plays every night. Pacino fights and is abhorred by this, even though he doesn’t know exactly what is happening. What happens could be interpreted as a psychological clash within the character as he fights homosexual desire. On top of that, it is a tense suspense story with excellent cinematography by James A. Contner and a good script by Friedkin. It grossed a mere $19.8 million on an $11 million budget. It remains an underseen and underrated film for some reason.

Under the Skin is the type of film that is hated by a lot of people and loved by a few. The ones who love it really do though. Many critics have named it one of the best films of the century.

But it’s easy to see why it’s so controversial. It’s a slow, ambiguous film that to some might seem senseless. While the visuals are undoubtedly astounding, some might struggle to see a deeper meaning beneath ScarJo’s preying of unsuspecting Scottish men.

Jonathan Glazer’s horror sci-fi was a massive flop at the box-office. It made $7.3 million on a $13 million budget. It received generally favorable reviews and has been slowly becoming a cult classic ever since. It stars ScarJo as an alien impersonating a human woman and seducing men in Glasgow. She eventually begins to experience human emotions and is forced to deal with reality.

Glazer wanted the film to look realistic. He implemented various scenes with real people that didn’t know they were being filmed. Average Scottish men being approached by ScarJo in a van makes for entertaining stuff. Many scenes were unscripted and shot with hidden cameras. All the techniques used to make it seem more realistic makes the scenes that aren’t additionally shocking. The cinematography of Daniel Landin is full of dark hues and long takes. The sound design is equally jarring.

It’s easy to see why the film’s themes might have eluded some. It is an interesting reversal of sexual predation. The woman becomes the predator, the man becomes the victim. It really shows how men do not really worry about their safety when it comes to strangers. Especially when the stranger is a dazzling foreign woman. Glazer claims he wanted to make a movie “more about a human experience than a gender experience”, yet many critics identified feminist and gender themes. It is a subtle but dense film, open to different interpretations. Its failure at the box-office and low audience rating are a travesty, and it’s great that modern audiences are starting to realize it. 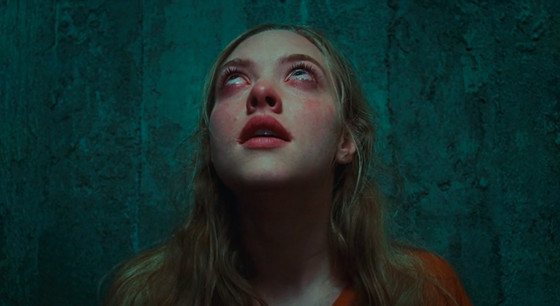 Jennifer’s Body was written by Diablo Cody, the screenwriter of Juno. The two movies couldn’t have had more opposite receptions. Juno became a hit, winning Oscars and Golden Globes en route to becoming a classic. Jennifer’s Body was a flop, detested by the majority of audiences and critics alike.

Kusama’s teen horror-comedy is goofy on the surface. The characters speak in one-liners and everyone seems to embody a different highschool movie stereotype. The visual-effects are subpar, and the plot is shaky. But I maintain that it is one of the most misunderstood movies of the 2000s.

Megan Fox and Amanda Seyfried star as best friends Jennifer and Needy. Jennifer becomes possessed by a being and begins hunting down highschool boys. Cody and Kusama wanted to make a horror movie with a feminist message of female empowerment. While it is that, the message does get a bit muddled along the way. But dubious acting and pacing aside, their film does explore many complex themes while staying completely entertaining. Like Under the Skin, it subverts the horror tropes of the woman as the victim and accomplishes it through sarcasm.

The movie’s original tagline was “hell is a teenage girl”. The experience of puberty is turned into a supernatural scenario where desire is basically turned into a monster. It also has a lot to say about friendship bonds. It functions as both a metaphor and a horror-comedy, wholly original and funny. Meghan Fox’s performance is especially great. It certainly does not deserve the 5.2 rating it has on IMDb and the 47% it has on Rotten Tomatoes. In recent years, audiences have started appreciating and reevaluating it through various lenses. Hopefully, it’ll gain a new reputation and people get to see it for the fun-filled metaphor that it is. 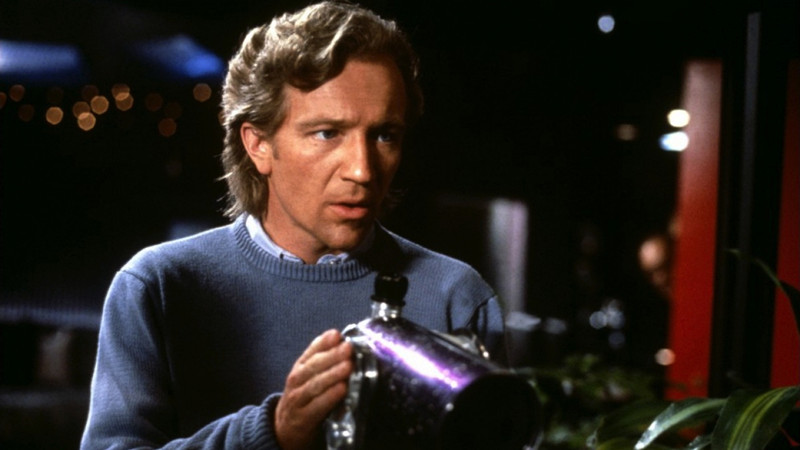 Brian De Palma was one of the most commercially and critically successful filmmakers to emerge from Hollywood in the 70s. His visual flair, morbid fascinations, and precise filmmaking resulted in classics like Scarface and Blow Out. Body Double is a De Palma film that doesn’t get nearly the attention it deserves.