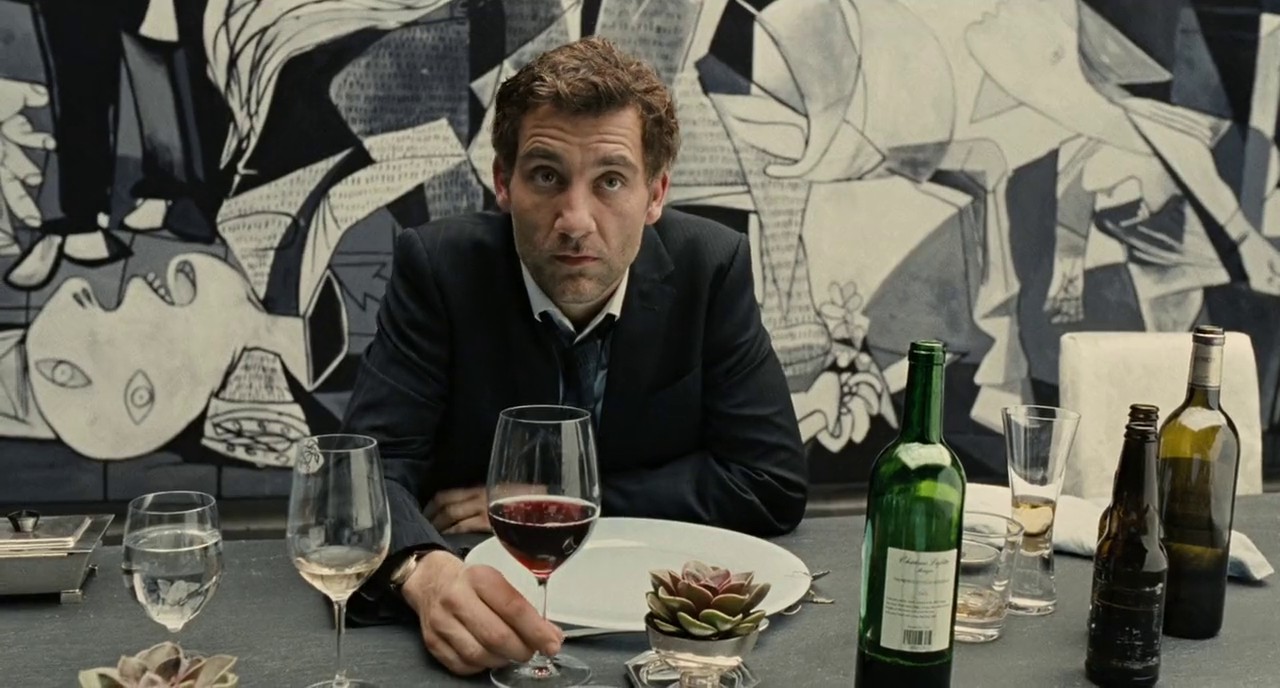 The second film made in the U.K. after Harry Potter and the Prisoner of Azkaban for Mexico-born Alfonso Cuaron; Children of Men is a dystopian tale that takes place in 2027 when the entirety human race has been rendered infertile. After global chaos, the United Kingdom is one of the only nations left with a functioning government, causing a mass refugee crisis on the borders of the country and the implementation of a police state from those in charge. After Theo (Clive Owen) is kidnapped by an activist organisation and charged with caring for an incoming refugee that they don’t want the government to discover, Kee (Clare-Hope Ashitey), who it transpires is the first woman to get pregnant in over two decades.

Although it is set in the future, Children of Men is still disturbingly relevant to the present day regarding the West’s severe refugee tolerance and empathy towards less fortunate nations. Cuaron’s use of long, uncut scenes amidst the confusion of the totalitarian authorities’ search for immigrants positions the audience within the centre of the chaos and effectively communicates the terror of the situation. The most celebrated scene of the film depicts Theo, Kee and a selection of activists involved in a car chase with the authorities as the camera, never breaking, shifts to various positions in the car to capture the action that unfolds.

Although there is a lot of large-scale action, many of the most affective moments in Children of Men are its quieter ones as characters still find time to laugh and chat together amongst the carnage and remember any semblances of normality. Kee’s birthing scene is equally intimate as Theo guides her through the process to produce the first new human being on earth for twenty years. More than anything, Children of Men is a film about hope and the need for mankind to work together, not just as separate nations, for the sake of the human race. 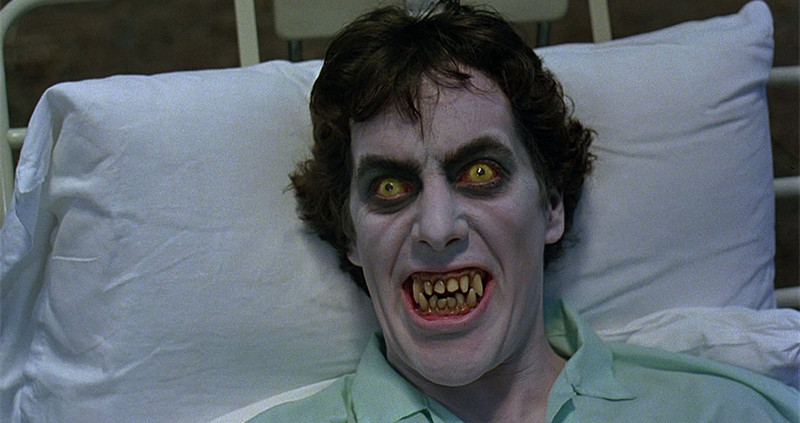 Not only made by a non-British director but also about the comical plight of a foreigner in Britain, An American Werewolf in London’s complete perspective is that of the outside-looking-in on England. Of course, coping as a werewolf amongst humans may be strange enough, but living as an American in Britain can also be alienating as you enter the world of afternoon tea, country pubs and free healthcare – a convenient bonus if one is prone to transforming into a ravenous beast on a monthly basis.

An American Werewolf in London is a film that does what it says on the tin: it is about an American tourist, David (played by David Naughton), backpacking across the U.K. with his friend who is attacked and turned into a werewolf and subsequently causes havoc through the streets of London. It was revered at the time, and still respected now, for its use of visual effects and make-up, for which it won the Academy Award. Particularly remembered is the scene in which David first transforms into the werewolf, depicted in agonising detail. Throughout the film, David is visited by his friend Jack, played by After Hours’ Griffin Dunne, who died in the werewolf attack and returns from hell in repeatedly degraded physical states to tell David that he needs to kill himself before he continues the chain of his werewolf curse. Easier said than done from somebody that is already dead.

Landis pokes fun at traditional British traits, perfectly encapsulating the feeling of walking into a pint-drinking, darts-playing local and having every member of the pub turn to see who the intruder is. Meanwhile, as the Wolven David stalks a businessman through the tunnels of the underground, it is amusing to see how little the setting has changed. A perfect balance of humour and horror, An American Werewolf in London is an entertaining, somewhat relatable viewing for audiences on both sides of the Atlantic. 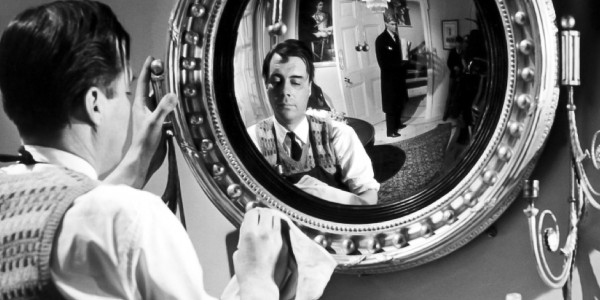 In contrast to Skowlomowski, director Joseph Losey was exiled from his native land not through critique of the Communist party but rather in support of it. Born in Wisconsin in 1909, Losey joined the Communist Party in 1946 – only one year prior to his first American feature The Boy with Green Hair. Losey’s brief Hollywood career was ended in 1951 after he was made a key person of interest to the House of Un-American Activities Committee and he chose to flee the country. Eventually settling in London in January 1953, Losey made a number of his most acclaimed films in the nation that has been proclaimed to have a “special relationship” with his country of exile. Losey found particular success collaborating with celebrated playwright Harold Pinter, whose stories including power struggles, colloquial characters and a sense of menace resounded with Losey’s interests.

The first of these films, The Servant, is perhaps most exemplary of Pinter and Losey’s shared concerns as it examines the British social class structure, telling the story of a working-class Northern manservant, Hugo (Dirk Bogarde), who infiltrates and usurps the life and home of the young, wealthy Tony (James Fox). Hugo at first appears the perfect butler for Tony and the two form a friendly bond, much to the concern of Tony’s girlfriend, Susan (Wendy Craig). Susan’s suspicions are slowly revealed to be just as the power dynamics begin to shift between master and servant.

A film that blatantly exhibits Losey’s opposition to the rich and powerful that doesn’t take itself too seriously while doing it, The Servant is a wild, enjoyable ride into absolute chaos that appeals to the schadenfreude upon the wealthy in everyone. 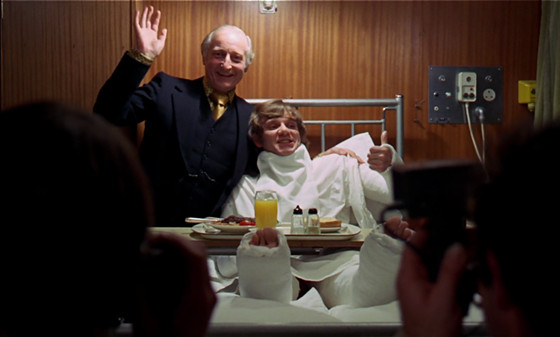 Stanley Kubrick is a director that needs no introduction. Famous for his rigorous attention to detail and perfectionism, Kubrick is hailed by cinephiles and critics for his almost flawless thirteen film filmography, including the likes of such iconic films as 2001: A Space Odyssey, The Shining and Dr. Strangelove Or: How I Learned to Stop Worrying and Love the Bomb. Born in the Bronx region of New York, Kubrick moved to the U.K. in 1961 to avoid the frustration of the Hollywood studio system and have the prime creative control of his projects. A film that would never be allowed to be made under the watch of Hollywood producers, A Clockwork Orange shocked audiences upon its release in 1971 for its depiction of “ultra-violence”, including that of a sexual nature, and perceived sadism. Although it was filmed in the United Kingdom, Kubrick withdrew the release of the film in British cinemas in 1973 due to the controversy that it caused.

Set in a dystopian future where gangs of uncouth youths run amuck, A Clockwork Orange explores themes of morality and free will as we accompany the notorious protagonist Alex DeLarge, gleefully played by Malcolm MacDowell, through his life of crime until he is eventually imprisoned and subjected to experimental conditioning techniques by the state. The film is filled with memorable scenes that have become etched into the Western cultural consciousness such as when Alex is subjected to images of extreme violence and horror under the Ludovico technique and the infamous “Singin’ in the Rape” sequence. Anybody who has watched any of the first ten seasons of The Simpsons will no doubt recognise a handful of shots from the film, it is referenced so often.

Kubrick shot on-location across the metropolitan London region with a lot of the areas still identifiable today, particularly the Thamesmead South Housing Estate where Alex attacks his disloyal Droogs which can also be recognised as the main shooting location in E4’s rowdy, superhero television show Misfits.

Despite the outrage that surrounded it, ultimately, A Clockwork Orange’s intentions are in the correct place as it challenges its audience to question the ethics around the power that the state should be able to exert over its people and what constitutes true rehabilitation. Although the spectator is placed alongside Alex, we are never expected to condone any of his barbaric actions – in fact, we are appalled by their explicit and gratuitous nature. This is necessary to be able to judge the true effectiveness of the “cure for crime” that Alex is the guinea pig of as the procedure does not change his criminal urges but rather predicts and punishes him for them as they arise. Doubtless the urges that occur in Alex need to be prevented, but all people are a product of their environment and innate nature and should be treated with the intention to help them rather than tortured for the personality that, in reality, they have had little true choice in becoming. 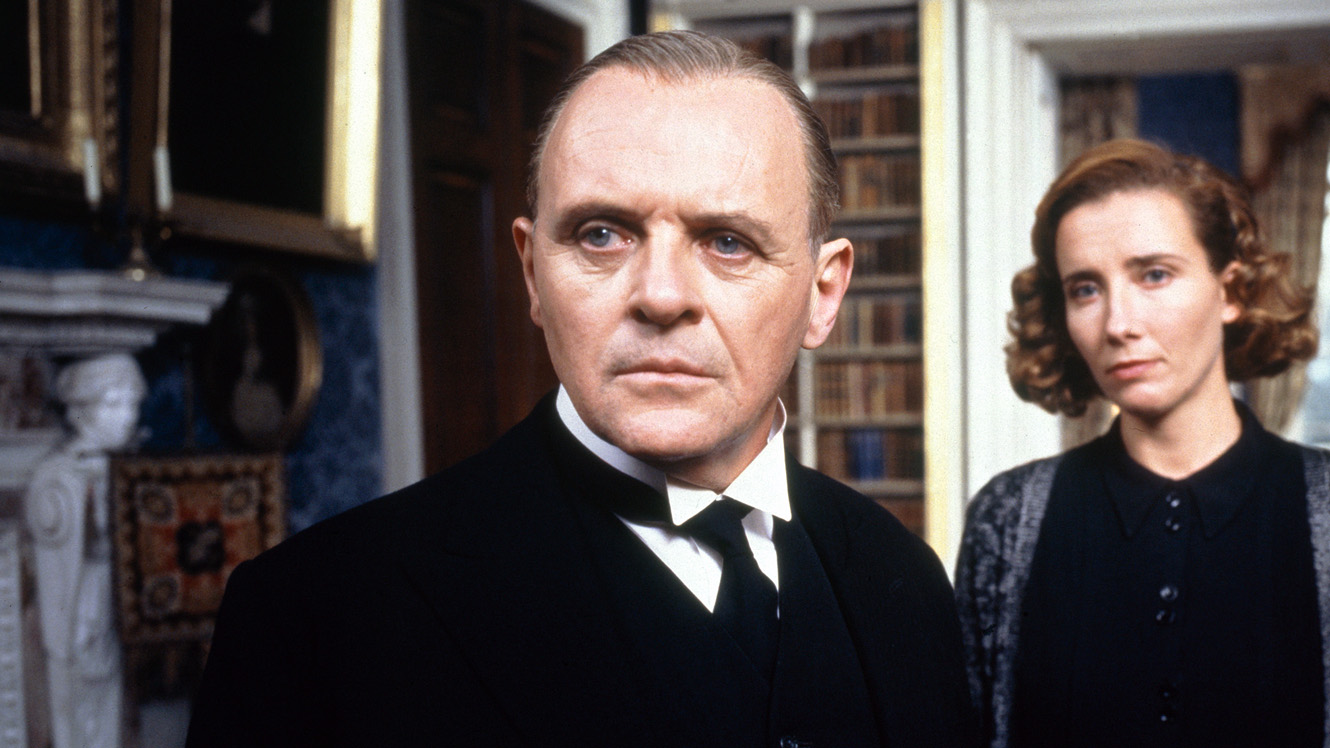 James Ivory is famous for presenting the quintessential stereotype of British life: following incredibly reserved and repressed Victorian or Edwardian characters through their lives in impressive stately homes and luscious, green landscapes. Many will be surprised to discover that Ivory is in fact American, not British, but it will also make a great amount of sense as what he presents is very much an American’s idea of Britishness.

The Remains of the Day may be the second film on this list to feature a gentleman’s gentleman as its protagonist but it could not be any more different to Joseph Losey’s picture. Hopkins’ Mr Stevens is a man of great dignity and loyalty. He takes the upmost pride and professionalism in his role, prioritising it above everything else. His job is his life and he is safe in that routine. He irons The Times newspaper for his master to read and knows exactly the right place for everything in the house. However, throughout the story, Stevens is confronted by personal feelings that create a conflict of interest between him and his duty.

A frustrated romance simmers beneath the surface between him and Emma Thompson’s Miss Kenton which he never quite allows to reach boiling point, always turning down the gas at the last second. Hopkins’ gives an excellently stoic performance that is doing its best to restrain the obviously passionate heart that is thumping inside. Meanwhile, Stevens’ professionalism is challenged by his ethics as his master, the Earl of Darlington (James Fox), begins to express his support of the Nazi Party and the ascension of Adolf Hitler. Forced to cater for other far-right fascists at the Earl’s frequent meetings, Stevens has to bite his tongue and plead ignorance to any inquisitive guests that want his opinion on political matters.

The Remains of the Day is not all seriousness and repression though. Hugh Grant’s character as the Earl’s sweet, cheery godson, Reginald, brings a levity and humour to the film as he treats Stevens as more of a friend than a servant. The scene in which Stevens is asked to give Reginald a talk about the birds and the bees is particularly enjoyable in all of its awkward, bumbling British glory. For a film that could easily be preconceived as slow and boring, The Remains of the Day is a story full of tension and emotion that will keep you engaged until its very last moments.