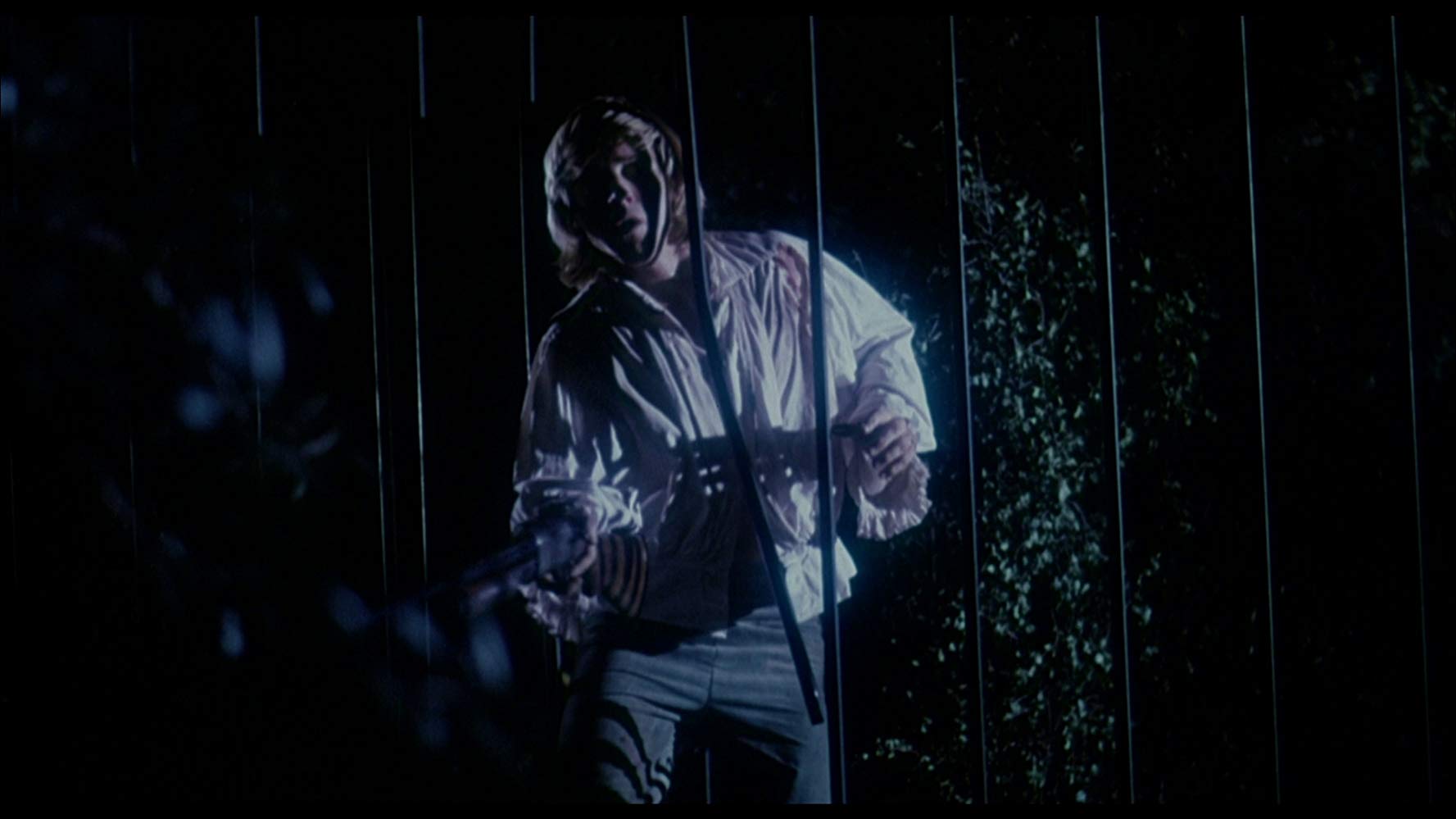 There are things about this movie which are surprising, and things which are not. It begins with a fraternity/sorority hazing that involves initiates being forced to stay in an allegedly haunted house overnight. There’s a legend surrounding the house about a man who murdered his wife and deformed children before killing himself, neglecting to kill his son Andrew in the process. Legend has it that Andrew still stalks the grounds.

The way this plays out is one of the unsurprising elements: you know that the senior frat guys are gonna try to turn the house into a low-rent version of The Ghost And Mister Chicken, only for the legend to turn out to be real and for Andrew to murder several naked college kids. But what’s surprising about the movie is that even as its plot become visible from frame one, the atmosphere leans so heavily into the gothic that you know immediately you’re not in traditional slasher territory.

That many of the characters get to act like reasonable, intelligent people should endear it to fans of the genre as well, but there’s also a neat twist regarding the killer that’s unlike anything of its type made during the early years of slasher cinema. For blending the familiar with the surprising, there’s no movie like it in the entire world.

Also, Linda Blair’s in it and that’s really cool. 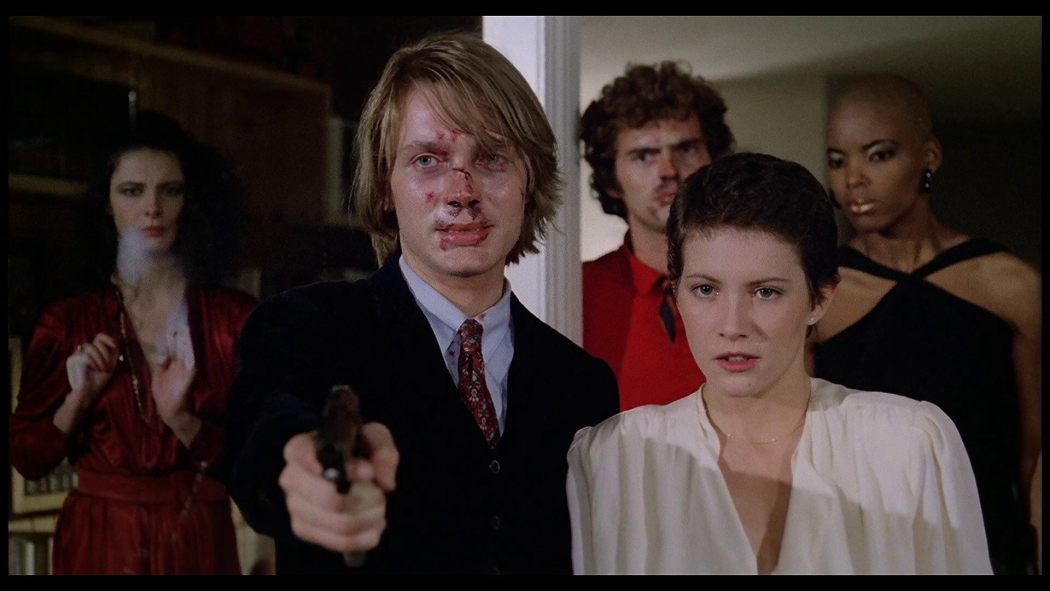 Now we’re getting to the tricky part. I can in good conscience recommend all of the above-mentioned movies, because while each is, in whole or in part, campy, violent, sexual and crazy, they never veer too far into truly exploitative territory — in short, they never approach real horror, which makes for good Halloween watching.

Not so with The House On The Edge Of The Park. Like A Serbian Film or August Underground’s Mordum, this movie is more of an endurance test than it is a work of entertainment. Made by Ruggero Deodato of Cannibal Holocaust fame, this movie bills itself as something of a retelling of Wes Craven’s The Last House On The Left, but that’s not really accurate.

While Craven’s movie explored the thin line that keeps kind, civilized people from behaving like maniacs, Deodato’s movie begins with utter nihilism and then plunges further and further into dehumanizing sexual violence until it ends with a man drowning in a pool while bleeding out of a hole where his testicles used to be.

Not that this is a condemnation of the movie. After all, the entire point of exploitation movies has always been to push boundaries, to speak of the unspeakable, and to make a quick buck by billing your product as the nastiest, most notorious, most “piss your parents off” work imaginable. If that sounds like your thing, then look no further; but if you don’t like the abyss to gaze back at you, then we’ll pretend we never spoke of the movie so disturbing Deodato himself wanted to tone it down — and he thought his other films were “soft”. 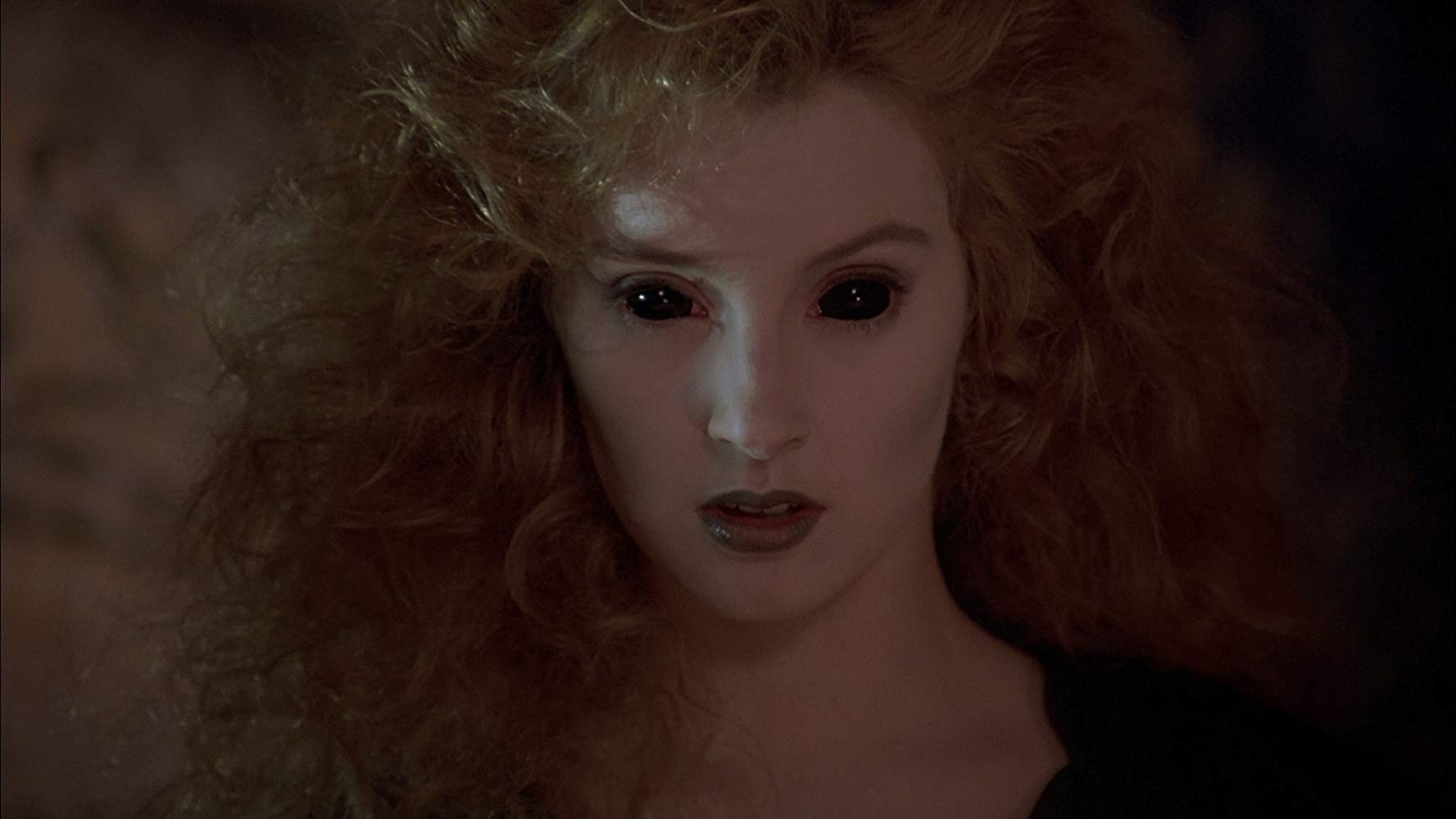 400 years ago, a demon is trapped in a monastery by a group of Inquisitors. In the present, the demon escapes, only to tease, torture and kill a group of monks.

Now, you may be thinking — “Doesn’t that sound a little pedestrian?” Well, not only does Catacombs distinguish itself by developing its characters in a way that appears more advanced than many other movies of this type, but there’s another, more important reason that you should be watching it: this movie has the single greatest kill of any movie in the entire history of film. No joke. You haven’t lived until you’ve seen a statue of Jesus come to life, pull itself off the cross and then stab a priest to death with the nail it pulled out of its palm.

If that doesn’t make you wanna stop reading and find this movie, maybe you should try reading that paragraph again and reminding yourself that, yes, this a movie in which a priest gets killed by a statue of Christ. And for that alone, this movie warrants getting thrown into the marathon. 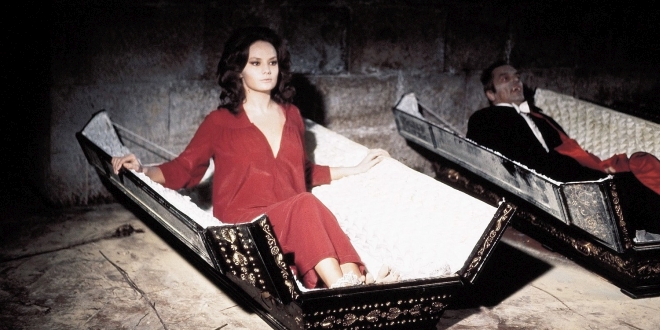 This is not the only Dracula Vs Frankenstein that came out in 1971. There’s the one on this list, by Al Adamson; a Spanish movie called Los Monstruos del Terror which was released in the US by AIP as Dracula Vs Frankenstein; and also one by famed trash cinema auteur Jesus Franco. As if they were all fighting for supremacy, let’s take a moment to remember that it’s Adamson’s version in which Dracula wears plastic, dollar store teeth and Frankenstein’s monster looks like he spent the last six months bloating in a bog. Top that, Franco.

The plot itself is a little murky: it’s clear that Dracula and Frankenstein’s monster were probably afterthoughts, because neither of them get a whole lot of screen time and Lon Chaney Jr’s Groton satisfies many of the monster’s plot requirements: while under mind control, he kills women, who then become subjects for Frankenstein’s heartless experiments. Whatever these experiments are, they’ve caught the attention of Dracula, who wants to use them for purposes of his own. Meanwhile, a woman searching for her missing sister catches on and tries to stop them.

Featuring tonnes of severed heads, a ring which Dracula uses to shoot lasers at people and Lon Chaney in his final role, Dracula Vs Frankenstein wears its low budget proudly to become one of the most insane and fascinating movies on this list. 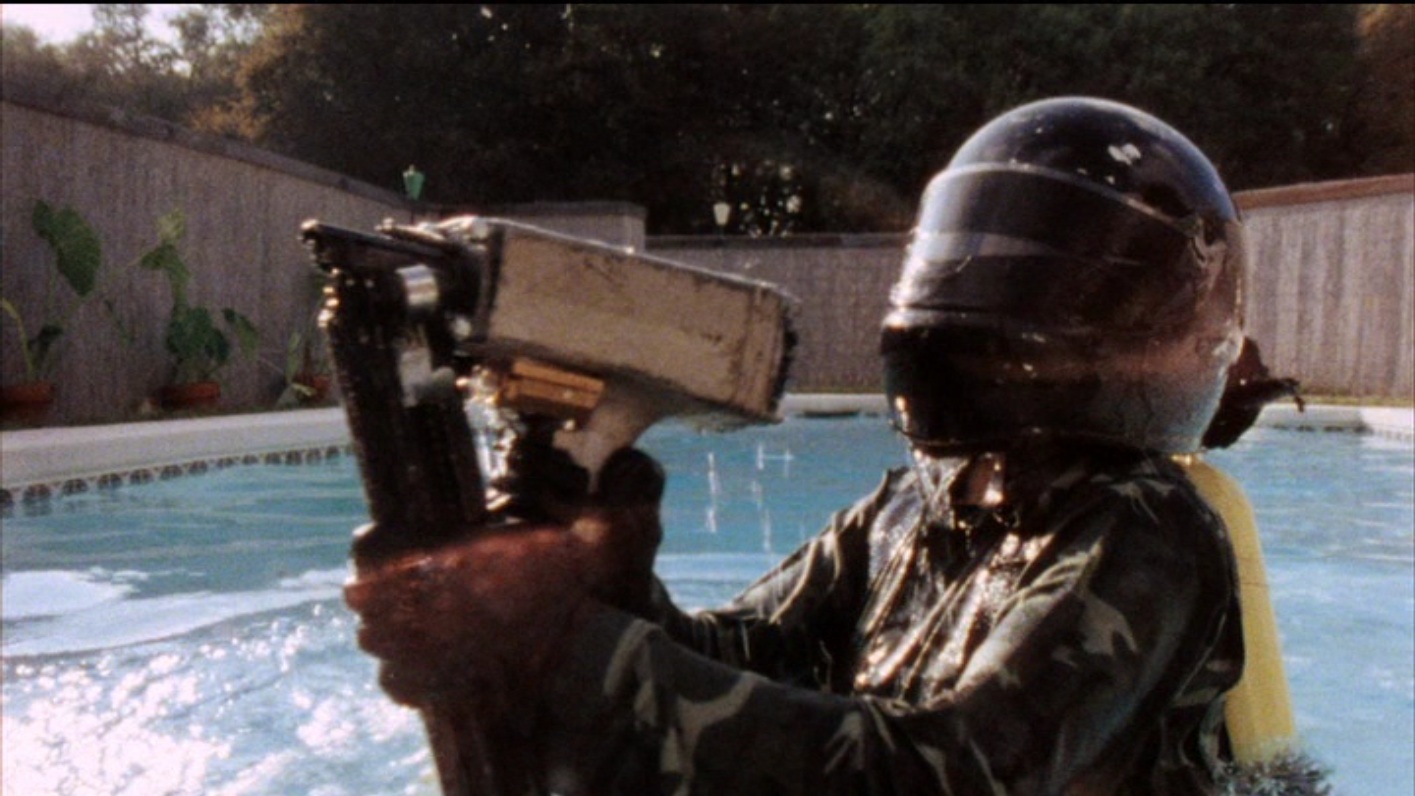 Sometimes a title really does do most of the heavy lifting. Not so with, for example, Steven Seagal movies, all of which bear names like Shadow Man, Attack Force or Flight Of Fury. With Nail Gun Massacre, it’s pretty clear exactly what you’re getting into.

The movie begins with a gang rape — a bold choice, to say the least. The perpetrators are then routinely killed off by what appears to be a woman with a motorcycle helmet who kills her victims with a high-powered nail gun. Also, some other people are killed who had nothing to do with the crime, including a hitchhiker who’s dispatched for, it seems, having poor manners.

There are some genuinely bizarre choices in this movie: at least one character is killed by having a nail driven through his arm, and most of the characters get a nail through the hand at least once. There are also at least two sex scenes which go on for way too long. But the killer is fantastic. She speaks throughout the movie with a voice modulator which allows for her ambient wails to become part of the soundtrack, and skillfully employs some of the best/worst puns imaginable. To provide an example: she kills a man who’s operating a chainsaw, causing him to drop the saw and cut his own hand off. While standing over his dead body, she says, “Don’t go falling to pieces over me.” Brilliant.

Despite clearly having the lowest budget of any movie on this list, Nail Gun Massacre is able to transcend its financial constraints to become one of the most memorable hand made pictures of its era. Apparently a flop upon release, it’s become something of a cult classic in the years hence, and a worthy addition to the Halloween marathon.