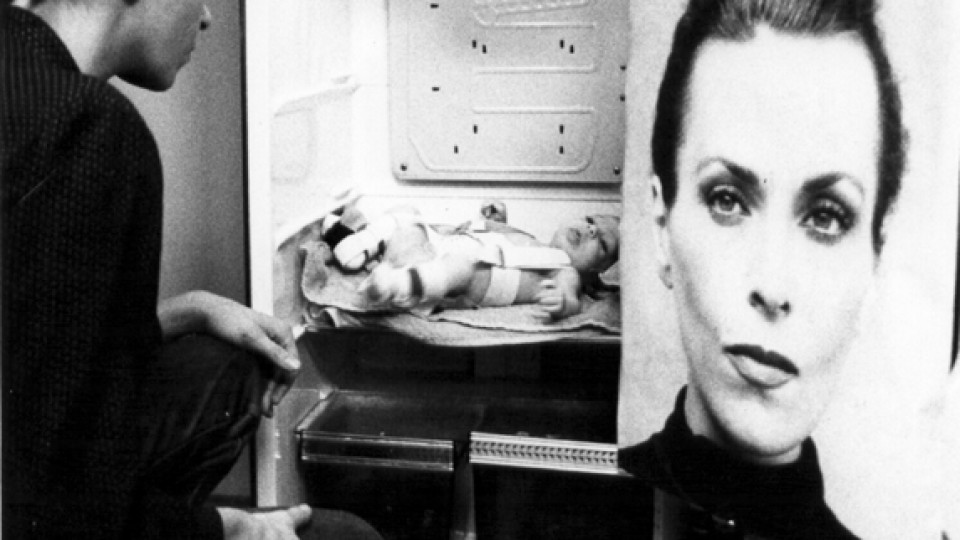 Coming from the farthest fringes of obscure experimental/avant-garde arthouse cinema with a mere 99 votes on IMDb – freely and legally available to watch online with English subtitles for those who did not manage to snatch the limited edition Facets Video DVD courtesy of UbuWeb – this film by the sole female member of the Austrian Wiener Aktionismus performance-art group (already mentioned above in the Sweet Movie entry and just as scatologically-inclined as that film) deals expressively with a schizophrenic photogra-pher believing extraterrestrial beings have somehow managed to lower the human ag-gression threshold by colonizing mind-control.

Yet, this background material is only the foreground for a discussion of the emotional immaturity surrounding and impossi-bility of living up to his utopian ideals exhibited by her boyfriend.

Two further attempts to graphically and expressively present schizophrenia and depression from the point of view of the sufferer, which no doubt influenced later masterful attempts to do the same such as Lars von Trier’s Breaking the Waves (1996) and Antichrist (2009), the latter is a relatively known (at least in cinephiles circles, though, as is often the case with those films, sometimes for all the wrong reasons) breakdown of a woman’s slow descent into madness while los-ing control and eventually falling in love with some sort of octopus-alien thing, the former, a barely-known (a puny 67 votes on IMDb) dramatization of letters received by director Sanders-Brahms, one of the most talented but lesser-known directors of the Neuer Deutscher Film group, from a female institutionalized schizophrenia suffer-er, [4] financed completely independently without the support of any of the usual sus-pects, showcasing her (sexually- and religiously-related as well as a great many other) delusions.

Both are harrowing, perceptual-perceptive, disturbing, and unforgettable acting-based expressive and intense experiences, eschewing both the meaninglessness of “plots and stories” in the “telling a good story” (in the sort of children’s book method Hollywood seems to like imitating) way and the “grand theme/message/abstract-generic idea/bottom-line” approach to deriving simplistic take-home messages by decoding so-called “cinematic gaze, devices, and language,” one is highly unlikely to ever forget. 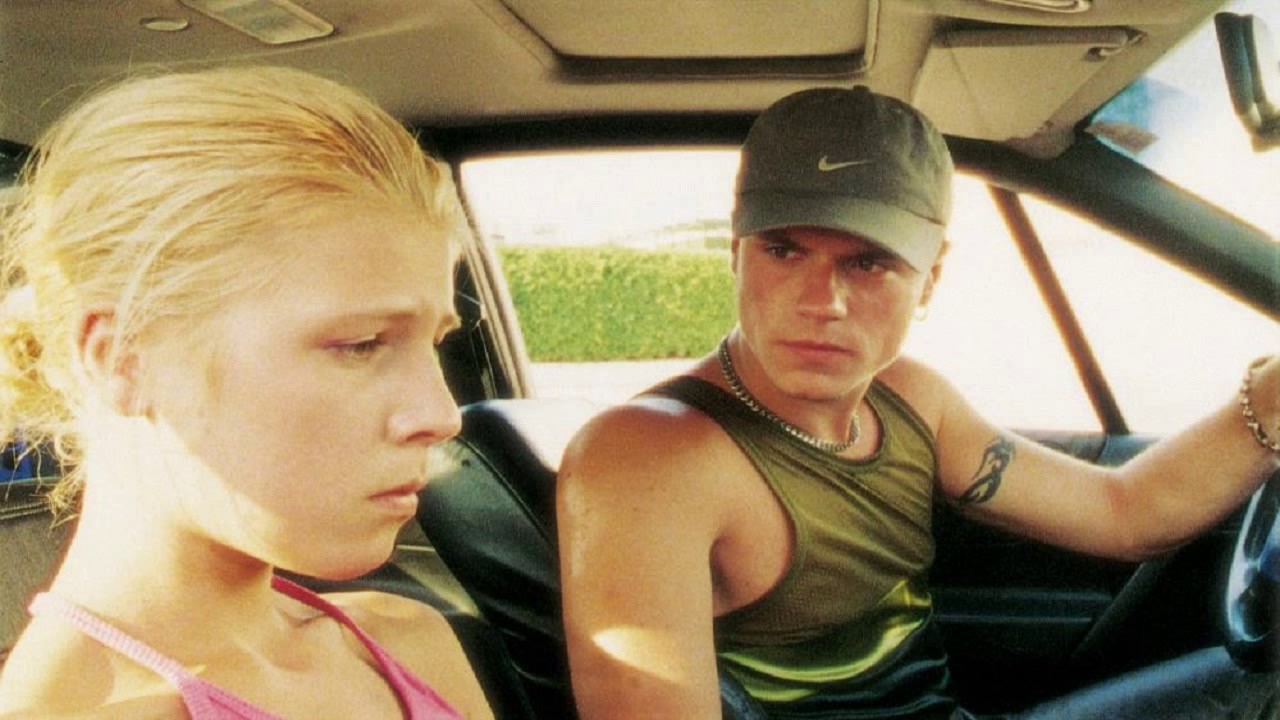 An experimental film experimenting with what actually matters and is interesting, i.e. more with content than with form. An impressionistic plateau somewhat reminiscent of the masterpieces of Mike Leigh and John Cassavetes (only with much more unsimulated sex and sadism), director Seidl specifically and deliberately filmed this masterpiece for a long time period of several years only during the two or three hottest days of the years, always turning on the air conditioner on heat at maximum capacity for added effect, in order to surprise not just his viewers but himself too without knowing what the result may be.

Ray Carney again: “Acting is what matters [and] [y]ou can make a whole movie in your living room if the emotions are complex enough [so] [i]f there is enough movement in the feelings, no one will notice if your actors are sitting still.”

Two films highly controversial in their own right with many interesting ideas being offered to anyone willing to see beyond the shock and awe, the former a chronologically-reversed retelling of a brutal rape following by a brutal head-smashing-with-a-fire-extinguisher comported upon a random man mistakenly believed to by the rapist by one of the friends of the woman’s revengeful boyfriend, all highlighting the earthshat-tering impact small choices have and can have, the latter, a far less violent (but sexual-ly-unsimulated) portrayal of a romantic break, using sex as its vehicle to tell the tale, which seems to aspire to get its viewers to go through the exact same emotional expe-rience its characters go through.

Another attempt by one of the spearheads of the New French Extremity movement, this film, a spiritual sequel to Breillat’s highly personal and spiritually-autobiographical Romance X (1999) and À ma sœur! (2001) tells of a gay man saving a straight woman from a suicide at-tempt at a gay bar (described by Breillat as more of a place men simply gather in, the film opens with a close-up on a gay couple engaging in graphic and possibly unsimu-lated oral sex), only for her to offer him payment in order to allow her to lecture him about the way the sexes view one another and one another’s sexuality. What follows, referred to by one critic as one of the most politically-incorrect films ever made, con-tains a lot of menstrual-blood-drinking. 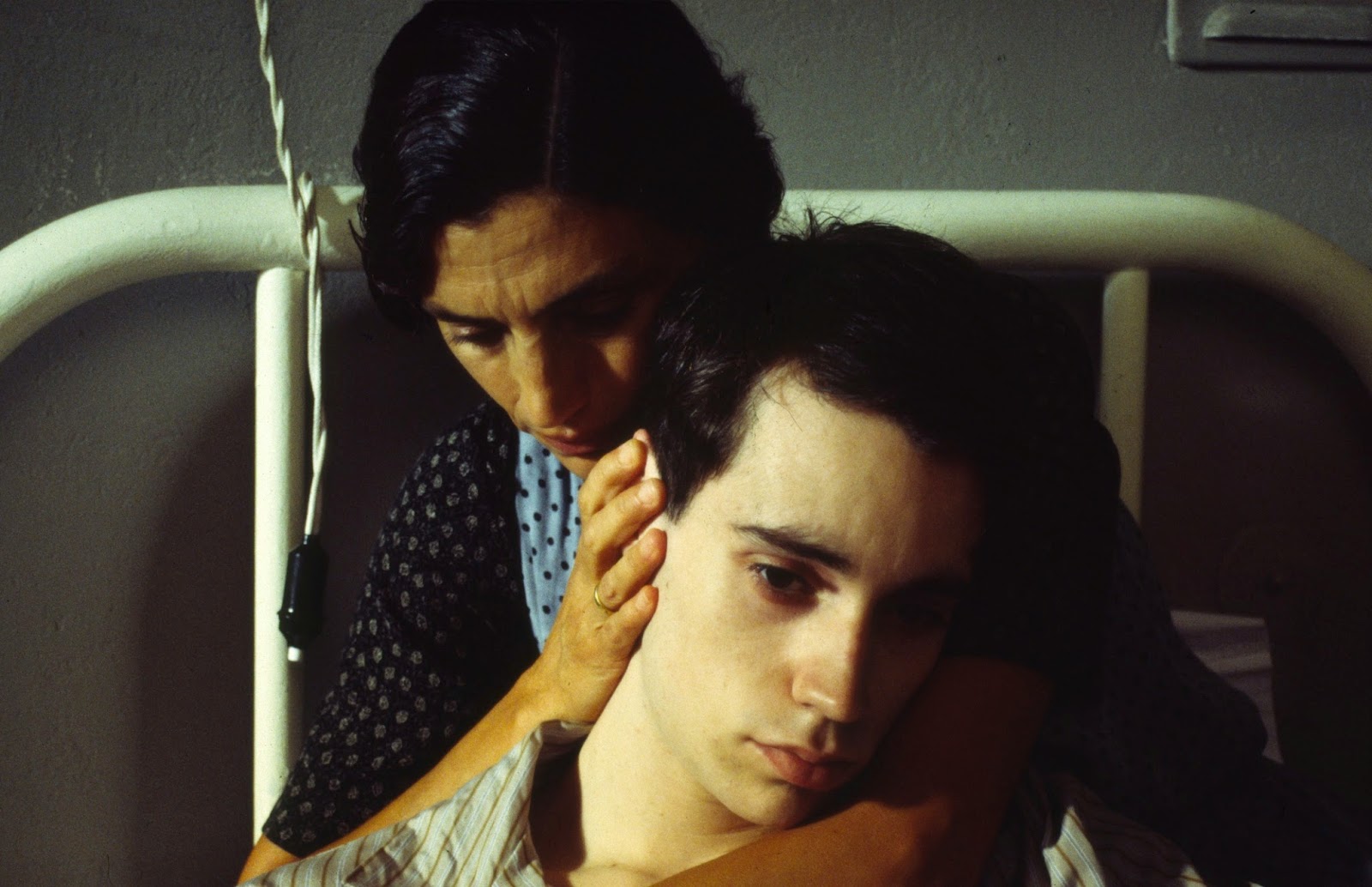 Somewhat reminiscent of both Salò o le 120 giornate di Sodoma and The Night Porter (both discussed above) not just in their injections of homoeroticism into fascist history but also, and, more importantly, in their (what might and, in fact, probably will, be called) unflinching, politically-incorrect, and non-sugarcoating views of gay life, swinging the pendulum far away from the antiseptic, bourgeois, bland, and inoffen-sive presentations and views of Hollywood, again bringing to mind the works by the likes of Robert Mapplethorpe and Samuel R. Delany on a Liebestod motif. They re-main little-seen, with only 3,423 and 1,313 votes on IMDb, respectively. 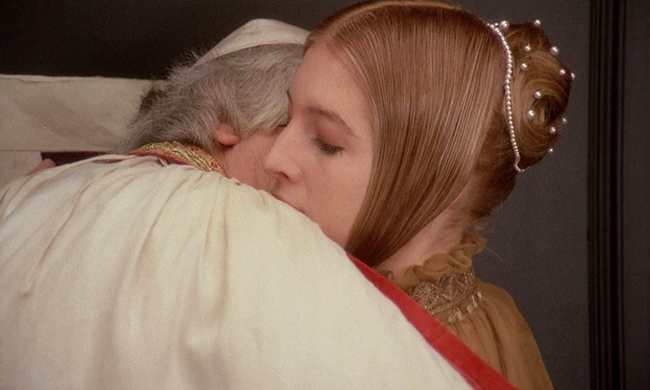 Last but definitely and surely not least, these two little-seen (2,944 and 3,536 votes on IMDb, respectively) farcical quasi-pornographic – intended, in fact, to be one film – tales of incest, bestiality, pedophilia, and sexualized lesbian murder are like dark version of fairy tales.

Like a great many films on this list, these two chal-lenge their viewers to look deep into their unconsciousness and face the surprising truth about themselves by allowing what is on the screen to bestow counterintuitive emotional responses upon them.