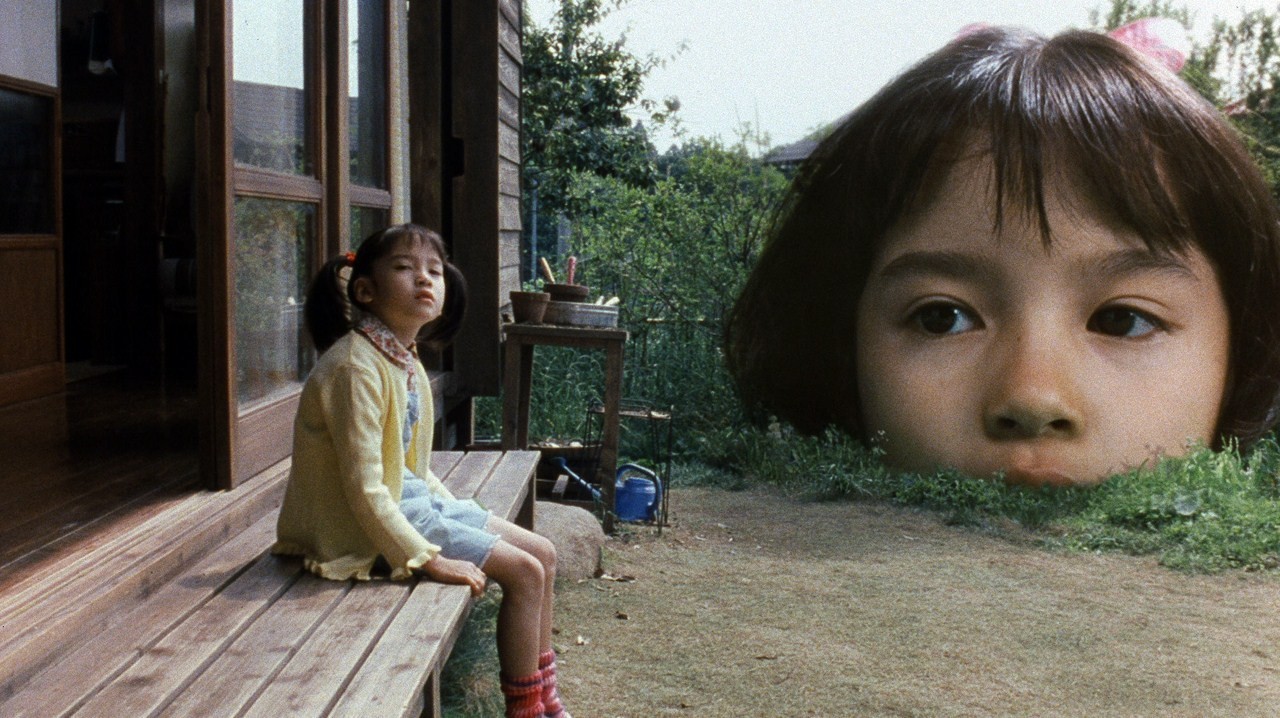 A moving portrait honouring the idea of mundanity in perhaps the least mundane approach possibly taken. The Taste of Tea is a film venturing deep in the realm of surrealist cinema, with little regard of any palpable sense of logic, a narrative only confined by the rules of absurdism or rather, the lack thereof.

The Taste of Tea examines the endeavours surrounding the individuals of a single family. From recounting absurdist tales to quietly bizarre interactions with other strange characters.

This is a film unafraid to go the length in terms of how uncanny it wants to be. Logic, structure and conventionality all pale in the face of the filmmaker’s artistry. Though the disjointed, vignette-style narrative does seem a little off-putting, and rightfully so, the film undeniably provides an experience unlike any other.

Director Katsuhito Ishii that provides a unique and singular perspective of a family unit. One that quietly examines hopes and dreams, fears and love in perhaps the strangest way possible without ever coming across as unnecessary or over-the-top. People often classify modern Japanese cinema as “weird”, and though The Taste of Tea certainly falls in that category, it unquestionably has some greater sense of substance beneath all the outward insanity.

The cinema of David Lynch is so fantastically subversive and experimental to the point where the term “Lynchian” has been coined to describe films of a similar calibre. His debut film Eraserhead is perhaps the strangest film in his already strange filmography.

The film is a film that seems to explore the seemingly docile concept of parenthood in the least docile way possible. It exposes the subjective horror of raising a child, projecting this concept against the backdrop of a desolate post-apocalyptic world. With that being said, the true interpretation of the film is left intentionally ambiguous by the wishes of David Lynch himself, who refused to reveal any details of Eraserhead’s plot, adding to the already dense layer of the film’s mystique.

Eraserhead essentially introduced a young and unrestrained David Lynch as a modern master of the surreal, with heavy elements of body horror and dreamlike imagery that shines through its low budget and black-and-white look. It pushed the boundaries of independent filmmaking and it certainly paved the way for Lynch’s future, more nuanced works as well modern surrealist cinema.

Leos Carax’s Holy Motors takes audiences on a grandiose odyssey exploring the ostentatious concept of life confined in the transient period of a single day in a man’s life. It presents these ideals in perhaps the most impressionistic fashion possible, through a series of absurdist vignettes of the man assuming the identities and stories of various quirky little characters.

The film is essentially a 2h long performance art piece and it certainly treats the audience with due respect considering the self-reflexive nature of the work. It involves us. It speaks to our fundamental senses and emotions. It disregards any whims of a conventional narrative to focus solely on the theatrical replication of what we feel at various stages of our life.

Holy Motors is certainly not a film free from any flaws or conventional criticism. Though in a way, it demands a higher degree of importance than it rightfully deserves, it still works. It speaks to us beneath its seemingly impenetrable surface. There’s just something so ethereal about art so vehemently imitating life and achieving nothing but a sense of nihilistic absurdity.

It’s not a perfect film, and it certainly isn’t a masterpiece in abstract storytelling. However, it’s at least nothing short of innovative and original and it definitely succeeds in evoking the universal emotions to be had when pondering on own existence.

A satirical paragon examining the absurdities of high society, Bunuel’s The Discreet Charm of the Bourgeoisie is absolutely sublime in presentation, demonstrating a surprising level of restraint in terms of how far off the deep end it went. A far cry from the abstract, metaphysical elements of his earlier works half a century prior to this film.

The film chronicles the farcical endeavours of 6 individuals from high society. All with their own fears and individual goals, their own singular personality traits that distinct them from one another. All of these character complexities are hidden under the universal facade of pretentiousness shared by everyone.

Bunuel exercises so much control in terms of tone that the film may very well be the embodiment of what it so vehemently set out to ridicule. The shared goal of a single dinner is an undeniably uneventful driving force to propel an entire narrative, especially one so deeply imbued in absurdist satire. Nevertheless, everything is executed so brilliantly. The sequence of events is absolutely ridiculous but it never once felt over the top. Bunuel’s direction is incredibly simplistic, yet his vision is so incredibly intricate.

The Discreet Charm of the Bourgeoisie is a film that speaks for the absurd nature of high society, presented in a way that doesn’t outright mock every aspect of that particular class of society. It troubles itself to understand the nature of the such individuals, so much so that though this film’s intent is to satirise, its nature is more akin to a mirror than anything. A mirror that’s skewed and distorted, but undeniably reflects the truth.

Another film with the word “Holy” in its title, Alejandro Jodorowsky’s The Holy Mountain is lightyears beyond any other film on this list and its certainly more than deserving of having that word in its title. This is a film that explores the simple concept of a journey being more important than a destination, and from this timeless concept, it expands its reach to examine themes of war, consumerism, religion, among so much more.

Symbolism is everything when it comes to Jodorowsky’s approach to filmmaking. Everything is so metaphorical and allegorical to the point where the abstract is made so abundantly clear and coherent to audiences. He makes films not for us, but for our subconscious mind to devour. His command of colour, of the edit, of set design, of art in general is absolutely majestic and when all these elements come together, a pure psychedelic art with as much substance to match its extravagant surface is conceived.

If there’s one film on this list that should be studied and dissected, it’s The Holy Mountain. The film just explores so much aspects of modern society that it’s frankly just overwhelming, even upon repeat viewings. Alejandro Jodorowsky is an absolute genius and it’s an honour that the man is still making films till this day at nearly 90 years of age, albeit with a much more personal touch.

Nevertheless, The Holy Mountain, in all its ostentatious glory, will always have its rightful place on the throne amidst the strange and wonderful world of surrealist cinema.