Thelma (Eili Harboe) is the Norwegian teenage daughter of a fanatical Christian family. She studies biology in a faculty of another university and, leaving her introspectiveness, develops an intense friendship with Anja (Kaya Walkins). When she experiences intense and impure feelings toward her, whenever she feels these uncontrolled and strange flows of emotions she suffers strange epileptic attacks. After several truculent events, inquiries and remembrances of her past, Thelma will deduce that she possesses, without having known so far, very special abilities.

This is a sensitive, poetic and coming of age story of a shy and affected girl discovering her sexuality in a fundamentalist environment flooded with mystery and fear, seen from the prism of the horror film codes, used in an introspective, expressive and reflective way. Seductive and elegantly contained, the film is an exercise of demanding atmospheric excellence that manages to hypnotize us and keep us always in tension and expectancy. 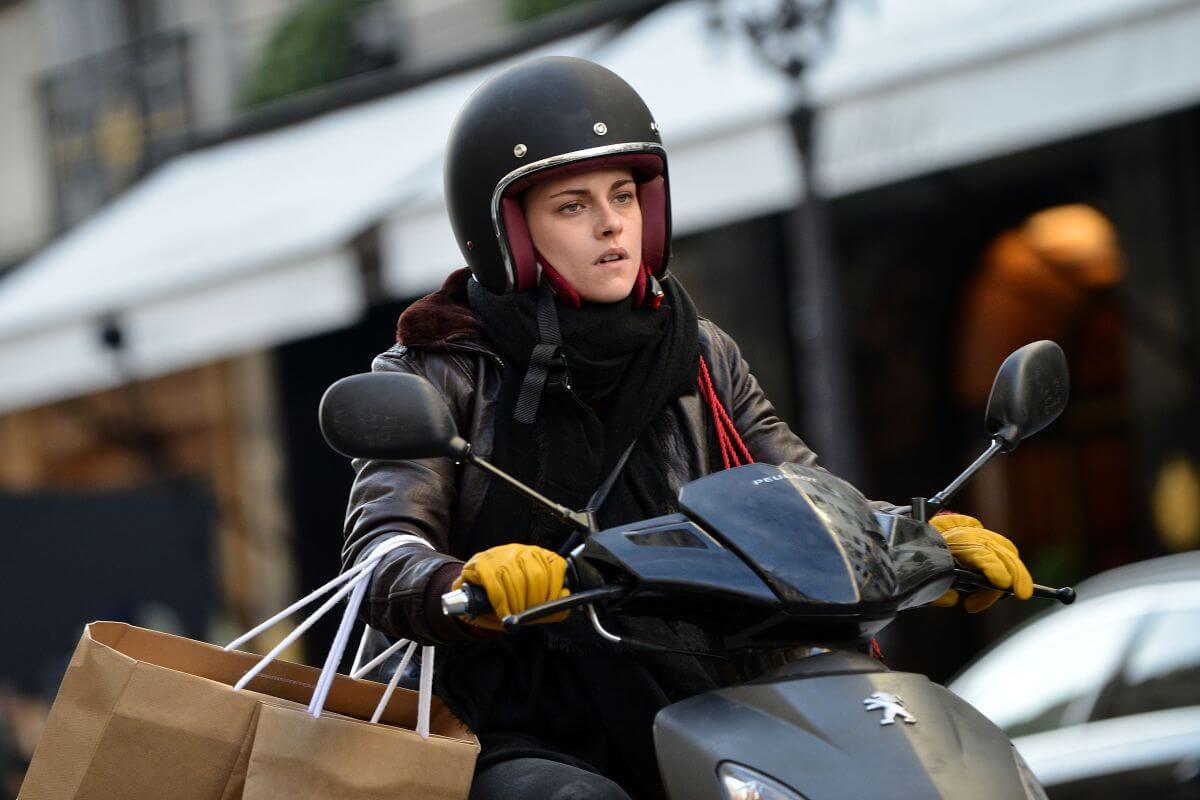 Maureen (Kristen Stewart), a young American in Paris, takes over the wardrobe of a celebrity. Although she does not like her work, it is the only thing she found to pay for her stay while waiting for a demonstration of the spirit of Lewis, her twin brother who recently disappeared. Maureen then begins to receive strange anonymous messages on her phone.

Is it a mystery movie, a horror movie, a police movie, or a drama? It has elements of all those genres and others, but the definitions in the new hypnotic film from Assayas matters little. Instead, the imprecise and uncertain is proposed as a way of constructing a story in which the notion of time vanishes.

In the first place, something that allows such an intimate approach in introducing you to this story is the magnificent work of the lead actors, Timothée Chalamet and Armie Hammer. Both have a magnetism and chemistry resulting in them being completely credible in their respective roles, and it is very easy to empathize with them at all times, together and separately.

Elio Perlman (Timothée Chalamet), a 17-year-old boy, spends the warm and sunny summer of 1983 at his parent’s country house in northern Italy. He spends his time lounging around, listening to music, reading books and swimming, until one day his father’s new American assistant arrives at the big villa. Oliver (Armie Hammer) is charming and, like Elio, has Jewish roots; he is also young, confident and attractive. At first, Elio shows something cold and distant toward the young man, but soon they both begin to go out together and, as the summer progresses, the mutual attraction of the couple becomes more intense.

“Call Me By Your Name” triumphs not only at normalizing homosexual relationships, but also at gaining the viewer’s empathy around that fervent attraction among the main characters. Also based on some absorbing photography and sound editing, the film manages to transport you to the best summer you can remember.

A couple going through a divorce must join forces to find their son, who disappeared after one of their fights. The film shakes the conscience of the spectator when it makes the audience witness the break of the familiar bows.

The cold, snowy environment, along with the silences that occur throughout the film, the slow motion at times and the fantastic performances make up a perfect symbiosis with the plot itself. The whole film and its ending leave room for reflection.

Zvyagintsev puts his finger on the wound and questions rugged issues such as abortion, fatherhood, motherhood and the way we have to advance on the social scale. The end is solved ruthlessly, cruelly and elegantly, showing that we are before a director who is undoubtedly very interesting and will achieve great things.

“In the Fade” is the latest film from the acclaimed German director Fatih Akin, and tells the story of Katja, played by the very talented Diane Kruger, who loses her child and husband in a terrorist bombing. After that, Katja feels that she has lost everything in her life, and the only thing she is looking forward to is the culprits paying for what happened.

This is a film that doesn’t tell us anything new, but “In the Fade” is elevated to a remarkable cinematic level thanks to the brilliant direction by Akin, and thanks also to the performance from the laudable Diane Kruger. Her performance is really something from another world, worthy of all possible awards. She already won the Best Actress award in the Cannes Film Festival. Let’s see if she gets recognition in the awards that are to come.

Good camera skills and the right mix of cinematographic styles gives “In the Fade” a more vitalized look to the proposal. The film is divided in three very differentiated chapters. First we have the introduction to the conflict: the bombing, narrated with a powerful and efficient style; the trial, which is really interesting and tense; and the final chapter, the resolution with a bleak ending. “In the Fade” is a really good and interesting film which already won the Best Foreign Film award at this year’s Golden Globes.