5. The influence of great horror films 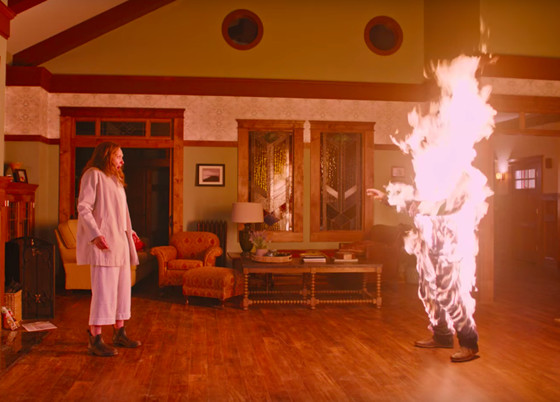 The early death of a central figure from “Psycho.” The mood creation and tonal consistency and omnipresence of “Vertigo.” The inevitability of “Rosemary’s Baby.” The sheer universality and gloriousness of death of “Don’t Look Now.” The lack of respite or hope of “Cries and Whispers.” The distorted, irreparable family dynamics of “Ordinary People.” There is so much that “Hereditary” borrows and amalgamates into its carefully threaded narrative that for an inferior filmmaker, it could’ve only spelt disaster.

But here, the eerie familiarity of those influences is so painstakingly considered, intended and religiously adhered to, that it becomes something of its own. Being inspired in art has always given valuable dividends, but rarely has a filmmaker so astutely observed what makes all of his influences so nerve-chilling and exploited their complexity to such vivid, riotous effect.

“Hereditary” draws upon its influences not with the intent to replicate what they derived from audiences, but to steep into its audience’s skin with such urgency, and without any reservation that it gives you no time to have your guard up. By the time you realize how far it has invaded your being, you are too involved, too engaged to go back. Of course, like many who disliked those classics when they came out, many people will discard it just for what it is on the surface. But its trauma is a gift to those looking to be pulled into a jet black tunnel of nightmares.

4. The commentary on cults 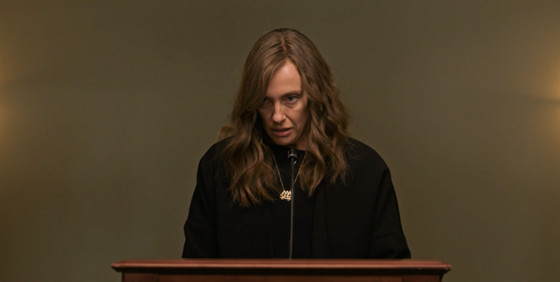 With the current global political landscape of divided opinions and rampant violence and injustices, cults have become fascinating topics. Abhorrent stories of people kidnapped and locked for years by monstrous criminals have always floated around and provided us chills as we read about them across newspaper headlines. Some even involve, much like, “Hereditary”, families destroyed by irrational, paranormal beliefs that make you squirm as you sip your coffee.

But the cult in “Hereditary” is one of a curse; a curse that supposedly infected Annie’s family very early on and has since never let them had peace. Her father was a patient of depression and starved himself to death when she was a baby and her elder brother was a schizophrenic who hanged himself to death at 16, blaming, in his suicide note, their mother, Ellen, for “putting people in him.” It is almost as if Annie has always carried the burden of this curse, inherited from her secretive, distant mother and passed on to her daughter, who is supposedly thought to be host to the spirit of King Paemon by the members of Ellen’s cult.

Aster’s scathing commentary on cults of this kind isn’t intended purely to mortify you, but also to discuss how legacy and hereditary anxieties can overpower you entirely, eat you and spit you out. Maybe the cult’s rituals burn the Grahams to the ground until Paemon finally possesses Peter – a male body he covets, or maybe the knowledge of this curse propels Annie to do what she does and leaves Peter with no option but to simply give in.

Aster layers the cult’s evil with such thrilling ambiguity that it leaves you desperate for more information, but as he proves in the last few minutes of the film, if in our world, knowledge is power, in the world of “Hereditary”, and in the cases of those hapless families we read about, knowledge is just the next step towards the excision of your individual. 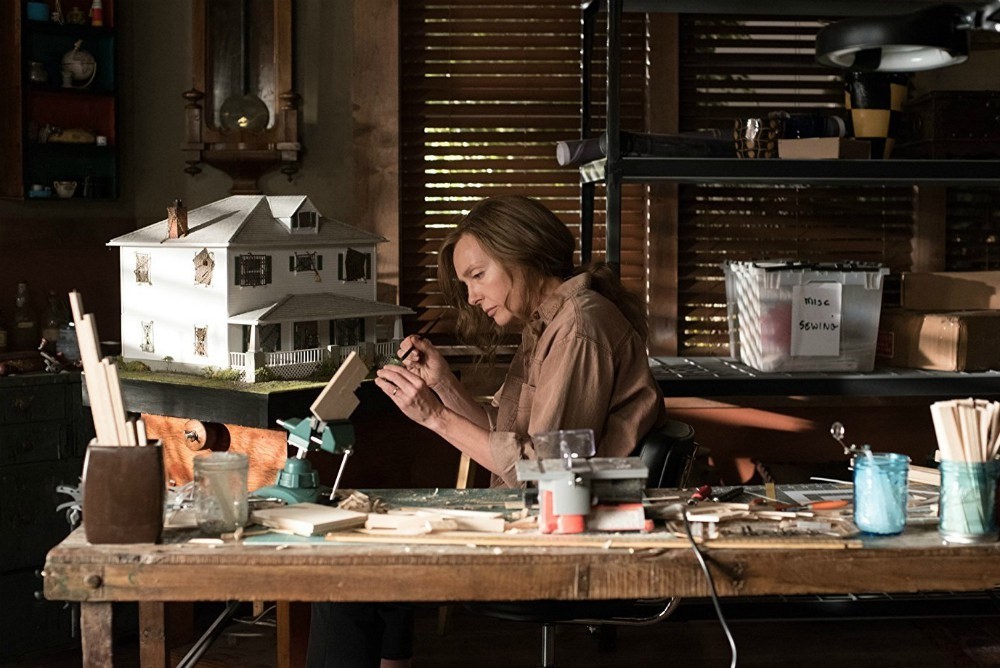 The diligently built soundstages of “Hereditary” are, in effect, miniatures. Throughout the film we see Annie build (and in one blow destroy) a beautiful collection of miniatures of her life and the various events that unfolded therein since before her mother’s departure, which not only shows how much observes everything around her and is constantly in attention, but also how through these miniatures, she has attempted to minimize and control everything in her life – from her mother’s insatiable need to invade the space shared by Annie and her daughter to Charlie’s grotesque, grisly death.

Throughout the film, Aster makes us feel another thing – as if we are viewing the Grahams the same way Ellen’s cult members have, waiting for them to destruct their own lives. So he shoots on soundstages instead of an actual house, and we see everything – from the rooms and the weirdly spaced and almost elastic corridors to the house in the middle of the woods, like they are miniatures, just like Annie’s made them.

Because of this choice, and what must have been immensely difficult for the actors and other crew members to navigate, we feel like we desire to control the fates of the Grahams, And like Annie when it has gone way too far, we feel like demolishing everything, just because we “didn’t feel like looking at it anymore.” Of course, there is no way our memories will ever let us shut out the horrific lives the Grahams led or their disastrous deaths.

2. The use of silence 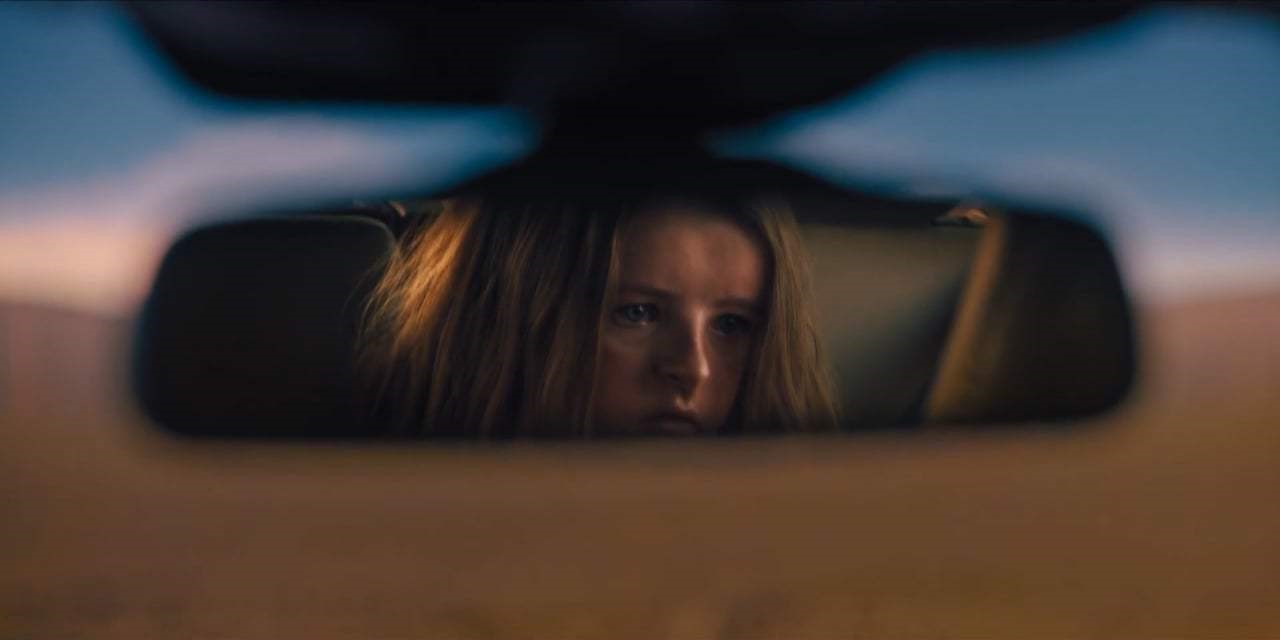 Yes, silence is used effectively in horror films and is usually followed by the deafening noise of a jump scare. But in “Hereditary”, that silence is exquisitely prolonged, each moment of quiet is overbearing and unbearable. The silence at the dinner table, the silence of the night when Peter wakes up from his stupor, unaware of what has happened downstairs near the end of the film, or the gut-wrenching silence that follows Charlie’s accident – all symbolize our fear of quiet in a way very few films can be attributed to have toyed with.

It is akin to drowning your audience in the bleakness of the narrative without giving any sense of optimism. It is unnerving in the sense where your nerves stop working, there is absolutely no control you have over your senses or over the events in the narrative and the deeper it gets, the more horrific the turns it takes, the more paralyzed you feel.

This, and the text that has preceded it here, might make this film sound like a punishment. But if you are looking to be scarred and adore horror movies that go deeper beyond the mere cheap thrills most films make money with, there is nothing quite like this out there. If what Milly Shapiro said when asked what is her definition of horror, “It is when you constantly look behind your shoulder and examine the meaning of life.” is what it truly is, this practically, is it. 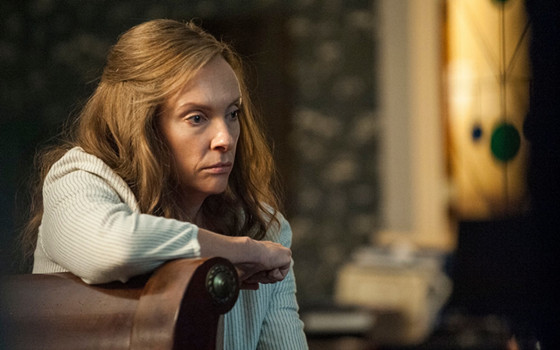 What makes even the most devout followers of horror who find this too meek to be scary admit that it is worth seeing at least once is the soul-tearing, blood-spilling work of master performer Toni Collette, who if, frankly, does not finally win the Oscar for this, has truly moved beyond accolades and acclaim. It is the work of an actor so deeply and resolutely in synch with their director’s vision and their character’s truth that it should be part of the curriculum at acting schools.

Collette’s Annie is ridden with guilt, shame, anger, grief, despair, anguish and a monumental sense of loss. When she howls for her daughter, her shrieks rattle something inside of you. When she releases a storm of rage at her son, her every ragged breath infused with such unhappiness and pain, and her sense of doubt so deeply rooted in love, invokes a dread inside you that no ghosts, spirits or cults can.

It is a glorious exhibition of the talents of an actress who can perfectly time torment and forgiveness. Over her career, including in her breakthrough role in “The Sixth Sense”, Collette has played to perfection many mothers. But in those moments of hopelessness when she begs her husband to end her life, and with each cry from her exhausted, broken body, you feel her grief in your bones, this performance, and this film, becomes the mother of them all.