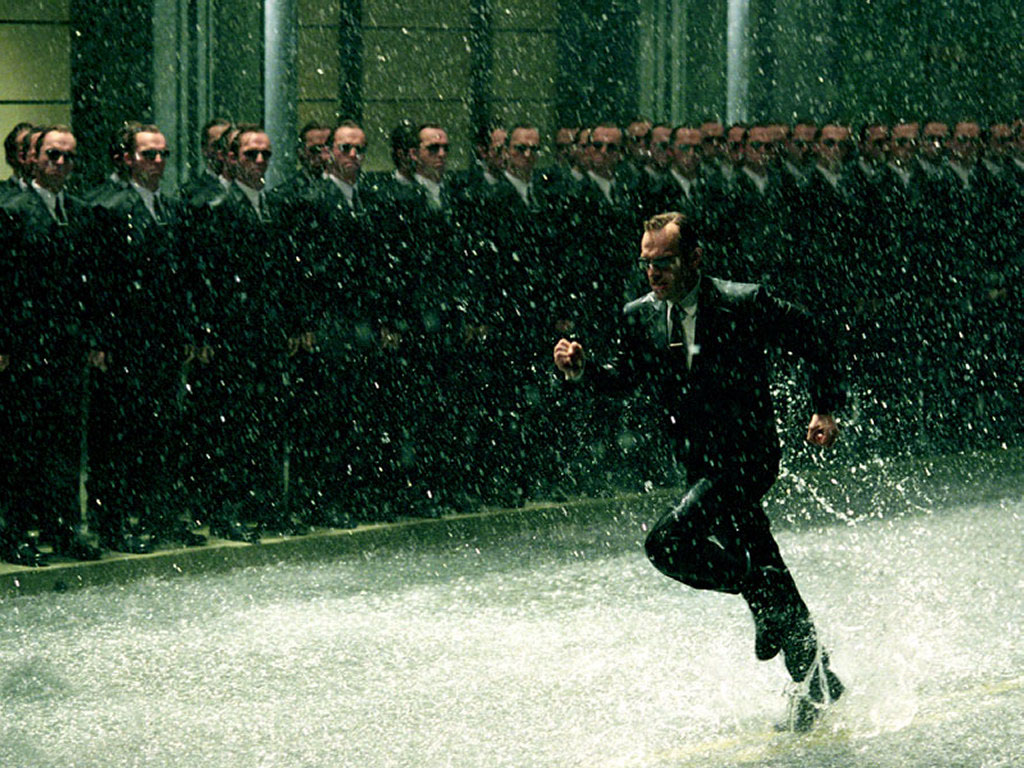 When it came out in 1999, “The Matrix” could rightly be called a game-changer, a tag that many movies get, but few deserve. Not since “Blade Runner” has a science-fiction film been able to reveal such new perspectives to the viewer by exploring an original cinematic world.

“Original” may not be the right word, since “The Matrix” clearly shows many influences, from kung fu movies to classic science fiction films like “Blade Runner” itself, and a comic book aesthetic is also evident.

The Wachowskis took all of these aspects, mixed them with contemporary philosophical concepts such as Hilary Putnam’s (the brain in a vat argument is the most explicitly referred to), and created a movie that perfectly balanced action-movie storytelling and deep concepts about perception, society, and technology.

The sequels, “The Matrix Reloaded” and “The Matrix Revolutions,” were filmed back-to-back, and expanded the universe of the first film toward a final resolution between the humans and the machines. The sequels are certainly not what could be called a failure, both critically and at the box office, but they commit the crime of not living up to the quality level of the first film.

Sure, the trilogy never lost its strength when it came to action, and some of the sequences in “Reloaded” (like the highway chase scene) and “Revolutions” (like the showdown between Neo and Mr. Smith) are a treat; additionally, scenes like the dialogue with the Architect, while largely spoofed, managed to bring up mind-twisting concepts that would be rarely found in an ordinary blockbuster. Still, the sequels go too far in their attempt to raise the stakes, and consequently get convoluted and too confusing for their own sake.

It is hard to say which sequel was the biggest disappointment to viewers, but now that time has passed since their original release, the often-mocked “Reloaded” seems more enjoyable than the bloated and exhausting final chapter. Anyway, the Matrix universe is not dead yet, and a continuation is in the works, without the involvement of the Wachowskis. We will see if it will prove meaningful. 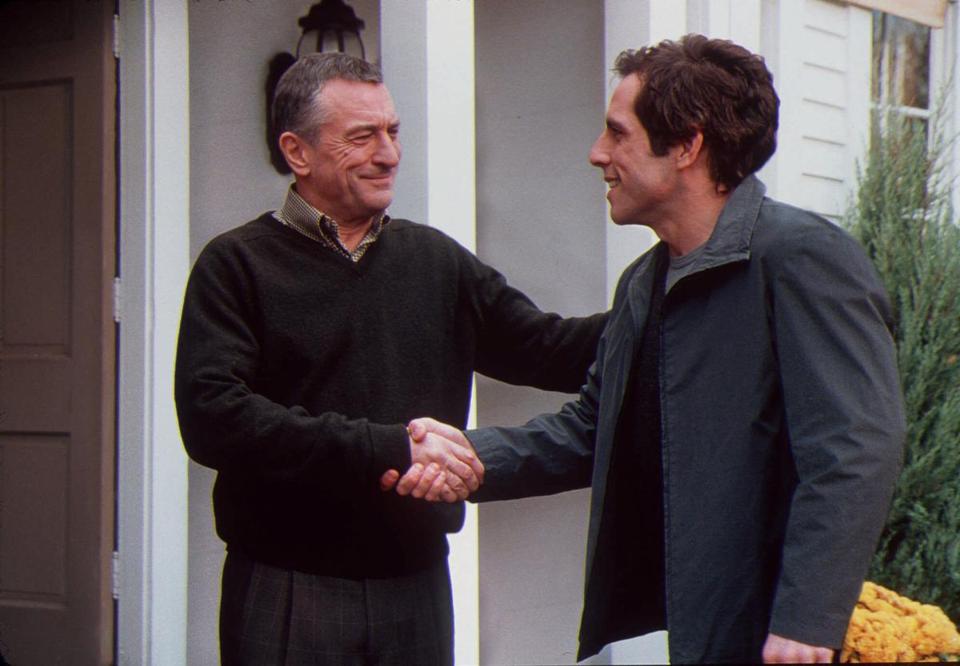 The first “Meet the Parents” came out in 2000. It was developed from a 1992 independent film by Greg Glienna with the same premise. The story was developed and initially Steven Spielberg was considered as its director, and Jim Carrey as the protagonist. Eventually, Austin Powers director Jay Roach and Ben Stiller were chosen to replace them after they left the project. It was well received critically, and a success at the box office.

To viewers and critics alike, “Meet the Parents” seemed to take a different path from many comedies of the time, with a bit more inventiveness and a simple but well developed premise. The presence of Robert De Niro certainly had a positive effect on the film; he had only recently ventured into broadly comedic roles, and at the time he was looking for such roles after “Analyze This,” another film where he played a tough character in a humorous contest.

A sequel was developed with the same cast and came out four years later. Titled “Meet the Fockers,” the film introduces the parents of Stiller’s character, who predictably are completely different from the parents the audience met in the first film. Dustin Hoffman and Barbra Streisand were cast in the roles, creating an ensemble cast of considerable nature.

The sequel added little new to the franchise, but was a box office success, so a third part was inevitable. “Little Fockers,” released in 2010, could be considered an ideal example of “unnecessary sequel.” Driven solely by the big names in its cast, the film struggles to find a reason to exist, and while seeing actors like De Niro play lighter comedy roles was unexpected and interesting in the early 2000s, by 2010 this was nothing new or, even worse, was more of an embarrassment when thinking about the highs in his filmography.

Steven Soderbergh is currently involved in many different projects involving TV, cinema, and the web, but in the 2000s he was mainly known as a director keen to alternate more independent or experimental projects with commercial films.

Of course, for anyone paying attention, the different scale of his films could not distract from the common masterful directing style of the movies; even his most star-studded and commercially strong films are directed with an auteur’s touch, and that is exactly the case of the Ocean’s trilogy.

Originally a remake of the 1960 Rat Pack film of the same name, “Ocean’s Eleven” spawned two sequels, and an all-female continuation of the series with “Ocean’s 8” in 2018. The reason this trilogy is on this list is because “Twelve” and “Thirteen,” while very entertaining, did not balance their funnier parts with the heist-centered ones as well as “Eleven” did.

Moreover, “Eleven” had the advantage of being the first one to assemble such an impressive cast, and the surprise effect soon wore off. “Twelve,” as many sequels do, played the card of “the protagonists travel abroad,” and in a way the trick worked.

Unfortunately, many critics disliked the idea, and seemed unenthusiastic about the film; however, it has to be said that the European setting let Soderbergh much space for homaging classic cinema from the Old Continent and having additional fun with his cinematic tools.

Fun is a key word when it comes to this trilogy, and “Twelve” gets the most out of his cast in an unexpected scene where Julia Roberts’ character, Tess, has to pretend to be a celebrity: Julia Roberts herself.

Still, as we said, “Twelve” was not as balanced and satisfying as the first chapter of the trilogy, and “Thirteen” didn’t really fix this problem. It added Al Pacino to the cast, and once again set the main plot in Las Vegas, but this time the story seemed to focus less on the heist and more on the comical situations spawning from it, and this is the reason why, in retrospect, results as a step down from both previous entries.

Without the immediacy of the first one, or the European extravagances of the second, “Thirteen” lacks something to make it really special. Still, the Ocean’s trilogy remains truly entertaining and a case of extremely well-made popular cinema.

The Millennium book series by Swedish writer and journalist Stieg Larsson is arguably one of the literary phenomenons of the 2000s, and opened the way for the enormous success of Nordic crime novels. Larsson had written three novels as a trilogy, and actually died before he could get them published.

After the great success of Larsson’s posthumous work, David Lagercrantz was hired to write a continuation of the series, and as of today, two additional novels written by him have been published. There have been three different movie adaptations of the novels: a David Fincher-directed film based on the first novel, an upcoming adaptation of Lagercrantz’s first novel (the fourth of the series), and before both of these, a Swedish production of all three books by Larsson.

Each film of this series was released in 2009 in Sweden, but the following year they got an extended TV version where each film was extended with various scenes and broadcast as a two-parter for a total of six episodes of 90 minutes each. In their original cinematic format, the trilogy presents a clear decline in quality.

The first one is the best adaptation, directed by Niels Arden Oplev and starring Michael Nyqvist and Noomi Rapace. Rapace’s performance was so well received that she quickly got many roles in larger productions in Hollywood, and became a well-known face to film viewers. The film takes on the difficult source material, full of subplots and controversial themes, and creates an acceptably faithful adaptation that feels very Swedish in its tones.

The sequels, “The Girl Who Played with Fire” and “The Girl Who Kicked the Hornet’s Nest,” changed director and screenwriter, but kept the main cast. The sequels feel less original and the story is served in an uninventive way. The weight of the books proved more and more heavy, and by the third film, the directing style and the script was too confusing, and the general tone inconsistent. 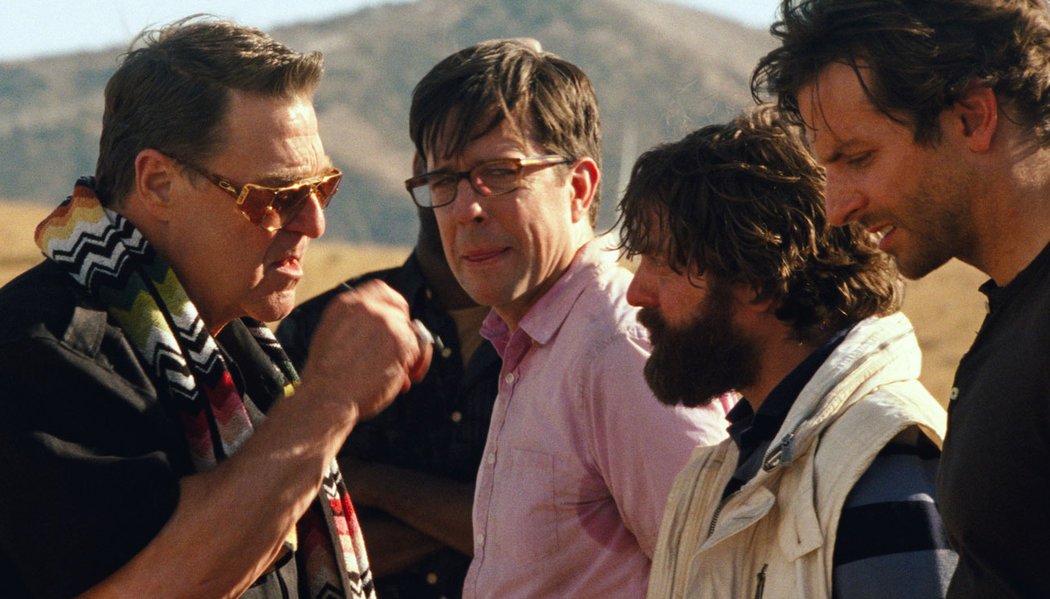 The first Hangover movie came out in 2009, and proved enormously successful. Many comedies are able to gain big money at the box office in an unexpected way, but the main success of the film was to seem actually original in its premise, and that is something that comedies don’t often do. The idea was simple but effective: telling another story of a crazy drunken party, but from the point of view of people who cannot remember the night at all.

The concept was a winner, and proof of this is the long series of Hangover-inspired movies in the following years, to the point that “crazy night of partying” comedies became a small but consistent subgenre. Watching it again a decade after, “The Hangover” certainly seems like the kind of iconic comedy that gains more value as time passes until it becomes a classic of the genre.

Unfortunately, as with many other comedies, the producers and filmmakers of the first one did not resist the temptation of turning the successful first movie into a series. “The Hangover Part II” was released in 2011, and blatantly replicated the first film’s formula, in a similar way another iconic comedy, “Airplane,” had a sequel that added little originality to the first one. It is set in Bangkok, where the three protagonists go through pretty much the same kind of misadventures of the first film, and the expanded role of Ken Jeong or the presence of Paul Giamatti in a supporting role do not distract the viewer enough from the feeling of déjà vu.

The movie was still enjoyable from a strictly comedic point of view, and replicating a successful formula while adding little new proved not as bad as trying to do something completely different, as “The Hangover Part III” showed. A forced plot and the clear sense that the franchise had worn out make it an hard watch. The sequel had been a box office success, like the first chapter, and the trio of protagonists had developed a special chemistry, so it is easy to see why a third entry seemed obligatory, but if one decided to only watch the first Hangover and skip the other ones, no one would blame them.

227
SHARES
FacebookTwitterSubscribe
Subscribe via Email or RSS Feed
Pages: 1 2
Comments (15)
Movie Trilogies That Get Worse With Each Film