After completing his film The Trial, Orson Welles stated: “Say what you like, but ‘The Trial’ is the best film I have ever made.” This is praise from Caesar indeed, as the director of what many consider to be the greatest movie in history – Citizen Kane. This statement alone is enough to recommend it to first-time viewers, but let’s consider a few more of the factors that make it a masterpiece.

A brilliant adaption of Franz Kafka’s book The Trial, Welles gives us a truly faithful presentation of an often difficult piece of literature, making no attempts to dumb it down for a Hollywood audience. In fact, this is one of the few times he was allowed complete creative control over one his films, and it shows.

The screenplay and cinematography both convey the waking nightmare of Kafka’s world, making no excuses for its absurdity or lack of logical coherence. It feels at times like Alice in Wonderland for grownups, with characters, settings, and even door sizes morphing from scene to scene.

Anthony Perkins hesitatingly stumbles his way through his lines and lead performance as only he can. Jeanne Moreau, Romy Schneider, and Orson Welles himself provide an all-star supporting cast at the service of the director’s vision.

A haunting, mournful classical soundtrack accompanies this enigma of a film that feels half horror and half black comedy. Familiarity with Kafka’s novel is a recommended aid to viewing this surreal film, but the artistry of Orson Welles will be an unforgettable experience for anyone.

A story this strange was tailor-made for the artistic sensibilities of Werner Herzog, and perhaps only he could have directed this true tale so effectively. The film is based on the documented case of Kaspar Hauser, a young man who was kept isolated and imprisoned for most of his early life, and then one day deposited on the streets of Nuremberg with a mysterious letter in his hand. Unable to read or write, and barely able to communicate, Kaspar is taken in by a professor who makes every effort to reform and educate him.

The original German title of this movie translates to “Every Man for Himself and God Against All.” This sheds an intriguing new light on the intent and message of this film, in which many facets of human nature are examined. Again, this is based on a true story, and as one might expect, the treatment of an apparently imbecilic character like Kaspar Hauser ranged from kind to unbelievably cruel.

Especially intriguing in this film is the casting by Herzog of Bruno S. in the title role. Herzog discovered Bruno S. by chance – a man with no acting experience who suffered frequent beatings as a child and spent his youth living in mental institutions. As an actor, he perfectly embodies the bewildered look that his character calls for – blank and mystified, yet intelligent and eager to learn. It’s a movie unlike any other, an aptly titled enigmatic story and experience. 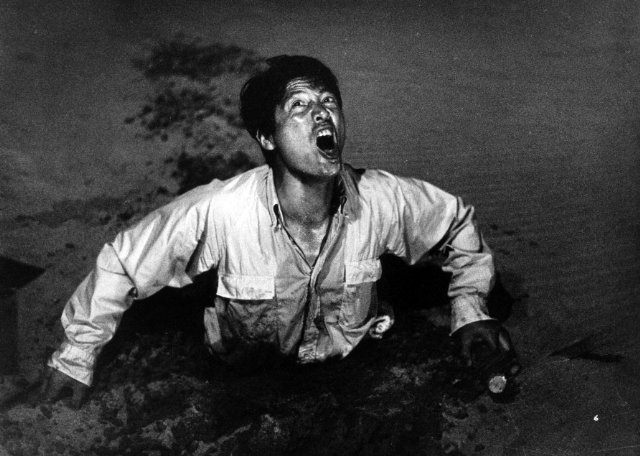 Woman in the Dunes opens in a rather routine way, with a man hunting for rare insects in the sand dunes while on vacation. But when he misses the last bus home, he agrees to take shelter for the night with a local woman who for some reason lives in a sand pit. When he wakes up the next morning, the rope ladder has been taken up, and he’s informed that his life will now consist of shoveling sand out of the pit with his host.

Little effort is made by the film to explain why the woman in this house is forced to dig sand every day – it’s given as an existing fact which the audience must reckon with, just as the unsuspecting visitor must. Most of the movie takes place in this surreal setting, with the man by turns growing accustomed to his sentence, then gathering fresh resolve to try to escape. But what’s important about a film like Woman in the Dunes is not where the plot goes, but what the plot reveals about its characters.

What Woman in the Dunes displays is a story endlessly rich in metaphors for the power dynamics between men and women, and equally astute in its observations about the futility of human existence. But viewers less interested in exercising psychoanalysis and straining for analogies will also find an entertaining film with the courage to stand on its own as a character study and masterclass of filmmaking.

The black and white cinematography of the ever evolving, wind-blown sand dunes is hypnotically beautiful, and adds a sense of infinite variety to an otherwise limited setting. Watching the protagonist weigh the idea of freedom against the reality of structure and perceived purpose is fascinating to watch, and Woman in the Dunes is a classic deserving of your time. 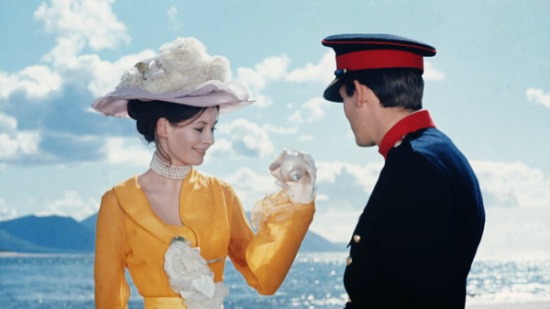 David Lean – perhaps the king of the epic film genre – had a legendary run during the 1950s and 1960s. Ryan’s Daughter was released in 1970, on the heels of Lean’s The Bridge on the River Kwai, Lawrence of Arabia, and Doctor Zhivago… so it certainly had large shoes to fill. Whether or not this film effectively filled those shoes has always been the subject of some debate, but this is the work of a master which deserves to be evaluated and respected on its own merits.

Robert Mitchum and Sarah Miles respectively portray a fastidious, middle-aged schoolteacher and a young woman with dangerously romantic notions about life and love. When the two decide to marry, the boredom of real life soon set in, and the small town where they live reacts mercilessly to the new wife’s selfish indiscretions. Though the story has many similarities to Gustave Flaubert’s novel Madame Bovary, this film is designed as an intimate epic in a slightly different setting.

Beautiful cinematography is one of David Lean’s hallmarks, and it is showcased wonderfully along the rocky Irish shores in Ryan’s Daughter. Watching Robert Mitchum act against type is a special treat, and the musical score is just as distinctive as in Lean’s other films. Any epic film by this legendary director deserves our attention, and Ryan’s Daughter is no exception.

Usually referred to as the only horror film by the legendary Ingmar Bergman, Hour of the Wolf deserves our attention first of all because of its unique position in the catalogue of this master director. Several of Bergman’s movies contain moments of horror, but those vignettes are brief detours in the service of some other vision. Hour of the Wolf is immersed in horror – both psychological and physical – from start to finish.

Max von Sydow plays an artist whose increasing fears and delusions lead him to suspect that some sort of witchcraft is being conducted on him by a mysterious cult on the other side of the island. His efforts to discover the source of his torment while maintaining his sanity and his marriage lead him to sinister discoveries about himself and the other residents of the island.

Hour of the Wolf is full of wonderfully bizarre images and genuinely terrifying moments that effectively linger in one’s memory. Occupying the 44th spot on the British Film Institute’s 2012 director’s poll, Hour of the Wolf is a lesser seen classic that merits a high place on your must-see list as well.

Author Bio: Martin Wilson is as enamored of great films as he is of tennis and classic literature. As often as possible, he slips the surly bonds of North Carolina to go galavanting around Europe with his lovely wife, who correctly reminds him that addressing his audience as “gentle reader” is not as clever as he thinks it is.