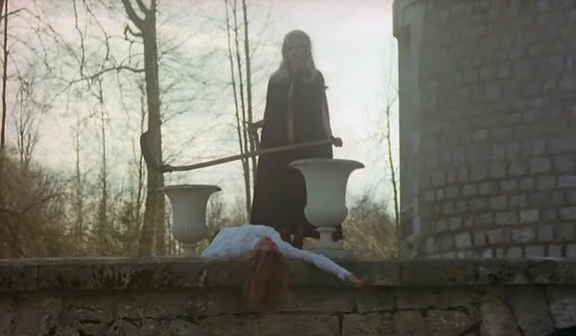 In 1905, Marc (Jean-Pierre Lemaire), a thief on the run from angered partners in crime, finds a refuge in a château located in the forest. The only residents in this mansion are two young women who are as beautiful as they are enigmatic – Elizabeth (Franca Maï) and Eva (Brigitte Lahaie). They both warns him to leave before the sinister Marchioness and her attendants arrive. Fascinated by their story, Marc decides to stay with the purpose of witnessing the gathering of bloodthirsty upper-class women.

For some, Jean Rollin is the cinematic equivalent of romanticism poetry; for others, he’s nothing more than a schlocky filmmaker responsible for various trashy films. The truth lies somewhere in the middle. His movies combine highbrow artistic values with pure schlock.

If you’re curious about him, “Fascination” is the best film to start your adventure into his insane filmography. This movie has all the ingredients of his characteristic style, which include slow pacing, female nudity, beautiful visuals, a high dose of macabre, and of course, vampires. In contrast to many other films directed by Rollin, “Fascination” never gets boring or overly pretentious. It’s a truly fascinating movie experience from beginning to end.

Christina (Carolyn Genzkow) is the walking stereotypical representative of a millennial teenager. She loves to party till dawn to the accompaniment of electronic music and various drugs. Everything changes for her when she discovers that a mysterious fetus-like creature is following her. At first Christina is frightened, but later she starts to look after him. Except for her, no one else sees that creature…

“Der Nachtmahr” is a psychological drama about coming of age, disguised as a horror film. If you mix “Spring Breakers” (2012), “It Follows” (2014) and “E.T.” (1982) in a blender, this would be the final effect. Due to its usage of unusual camera angles and a neon visual color palette, the movie is a visual eye candy. Director Achim Bornhak has some experience in painting and his film really shows it on a visual level.

“Der Nachtmahr” is a creepy yet strangely touching portrayal of the most complicated time in human life – the teenage years. It really deserves to be more popularized amongst all fans of European horror films.

Peter Loew (Nicolas Cage) is a typical 80’s yuppie. He has a managerial position in a prestigious publishing house and spends his free time in popular Manhattan nightclubs. One night he meets the mysterious Rachel (Jennifer Beals), who sticks her teeth in his neck during sexual intercourse. From that moment, Loew thinks that he became a real vampire.

“Vampire’s Kiss” is a one-of-a-kind mix of black comedy, psychological drama and horror. It’s somewhat similar to “American Psycho” (2000) with its satirical criticism of the emptiness of Reagan-era capitalism.

The movie wouldn’t be the same if the main character was played anyone else other than Nicolas Cage. His famous over-acting is used more properly here than anywhere else in his filmography. In one moment he can be really frightening, in the other outrageously funny. The more he loses his sanity, the more we feel sorry for him. Peter Loew is a complicated, multi-layered character that seems to be written exclusively for Cage’s acting ability and temperament.

“Vampire’s Kiss,” along with “Hunger” (1983) is probably most fascinating 80’s film that deals with the theme of vampirism. It’s also an inspiration for the famous “you don’t say!” internet meme.

For Jessica (Zohra Lampert), who was recently released from a mental hospital, moving from New York to the countryside with her husband Duncan (Barton Heyman) and best friend Woody (Kevin O’Connor) was supposed to be a dream come true. They don’t suspect that the farmhouse they bought has a morbid history and there’s something very wrong with the townsfolk. Soon, the line between sanity and madness becomes thinner and thinner for Jessica.

“Let’s Scare Jessica to Death” is a great 70’s horror movie, but unluckily overlooked. The film is genuinely creepy and has an atmosphere so dense that you could cut it with a kitchen spoon. Until the end of the film, viewers will have a hard time telling what’s reality and what’s only part of Jessica’s mind sickness.

This is the foundation of one of the best horrors ever made, “Rosemary’s Baby” (1968). Brooding synth music by Orville Stoeber efficiently raises the blood pressure. The acting, to put it mildly, leaves a lot to be desired, but everything else makes up for that.

It’s a true shame that director John D. Hancock never directed anything like that again. He truly had a talent to scare audiences with something other than jump scares. His “Let’s Scare Jessica to Death” is a true masterpiece of a minimalistic, low budget horror film. 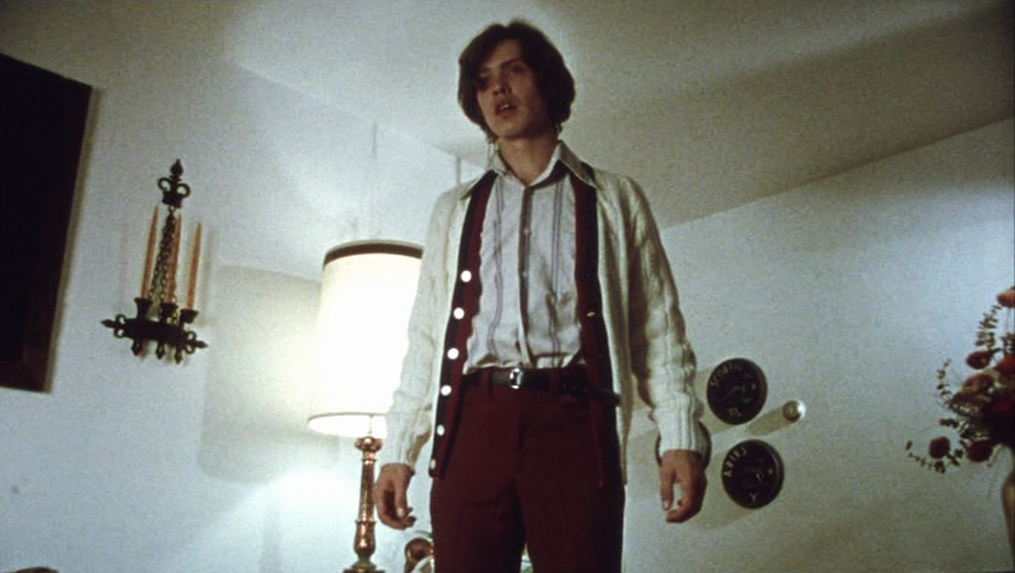 George A. Romero was one of the most recognizable horror filmmakers. His classic zombie trilogy, consisting of “Night of the Living Dead” (1968), “Dawn of the Dead” (1978) and “Day of the Dead” (1985) was the best thing that ever happened to cinematic rotting corpses. “Martin” stands as his best and most mature work as a horror director, but for some bizarre reason it’s a kind of unknown movie for larger part of the audience.

The eponymous Martin (John Amplas) is a complicated teenager who believes he is a vampire. Instead of biting his victims with fangs, his weapon of choice is a razor blade. The only person who knows is his Uncle Cuda (Lincoln Maazel). He treats Martin as the mythical Nosferatu, but there is really nothing paranormal about his relative, except from the urge for drinking blood.

The film presents Martin’s vampiric nature as ambiguous matter. It’s really up to viewers to decide whether he’s truly a child of the night or simply a delusional serial killer. Romero‘s masterpiece is more a depiction of teenage anxiety and what it’s like to be an outsider, rather than just a typical vampire story.

The allegorical character of the film and the gritty 70’s atmosphere of urban decay really makes the movie a fascinating and unique movie experience. It transcends its own genre in a masterful way and proves that there can be more to vampire stories than just fangs and capes.