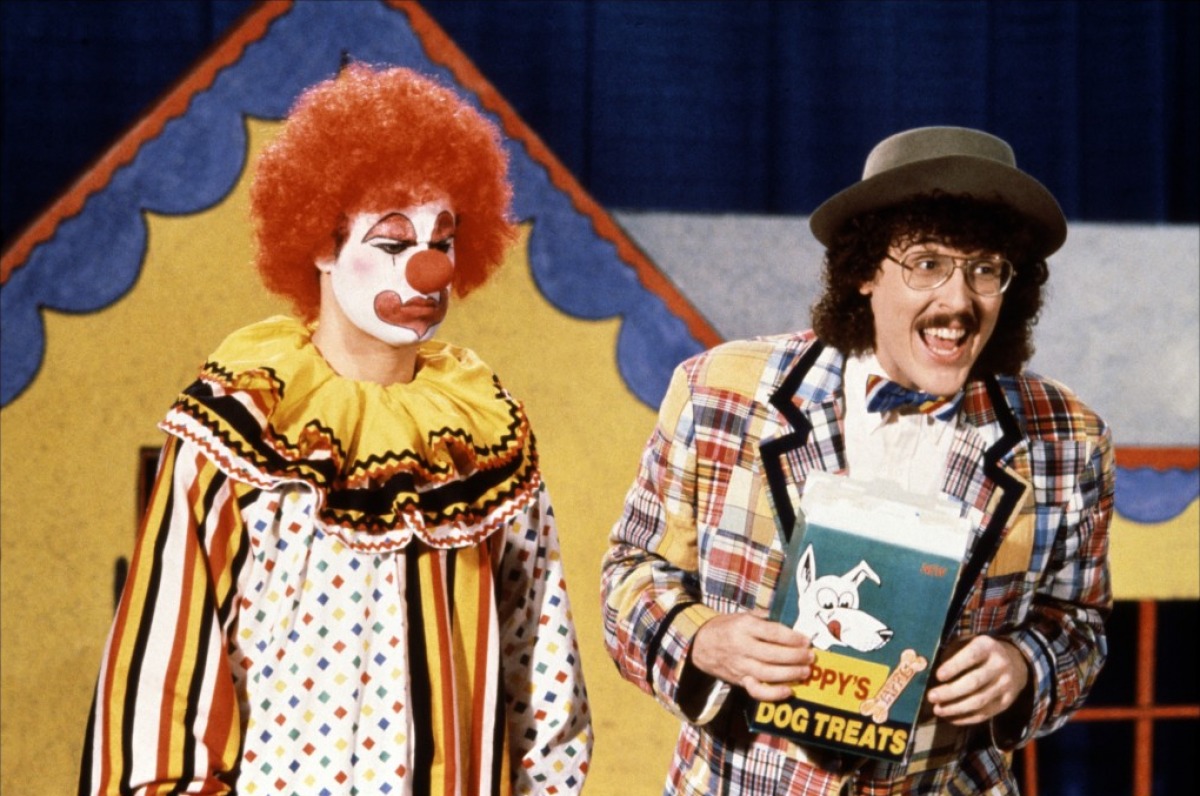 Weird Al Yankovic is mostly known for his humorous song parodies. Whether you like him or not, he has his own unique style and there’s no other comedian like him. But to me, his greatest comic achievement came with the form of cinema with 1989’s “UHF.”

In “UHF,” Yankovic plays George Newman, a kindly loser who can’t hold onto a steady job due his excessive daydreaming – which in the film’s opening comes in the form of an Indiana Jones parody.

When Newman’s Uncle Harvey (Stanley Brock), a gambling addict, wins the deed to failing television channel called UHF, his wife Esther, who has taken a particular shine to George, insists he gives his nephew a job as manager. Having complete creative control, George goes out of his way to make UHF a success.

As with every comedy, at first it’s a complete disaster. But over time, especially due to the sudden stardom of Polish janitor Stanley Spadowski (Michael Richards), UHF becomes the most popular TV channel. This is much to the chagrin of its competitor Channel 8, led by corporate deviant R.J. Fletcher (a hilariously over-the-top Kevin McCarthy).

During the making of this film, Orion Pictures was on the verge of bankruptcy. After some positive test screenings, they had hoped that “UHF” could become 1989’s summer blockbuster – the same time films when like “Batman” and “Indiana Jones and the Last Crusade” and more were released. Its ultimate financial returns were lukewarm and the reviews weren’t much better.

Over time, however, especially through cable and video, “UHF” would become a massive cult classic. When the video was out of print, any existing copy would come with a hefty price tag. Luckily, it’s now widely available – I would suggest watching it one day with Yankovic’s Blu-ray commentary.

If you’re a fan of Weird Al Yankovic, you know what to expect. Though it does have a surface level story, the premise is simply an excuse for a host of comic sketches. Some work wonderfully, some work less so, and some are admittedly dated – I don’t think the current generation will get the Dire Straits/Beverly Hillbillies skit.

It’s also one of those strange comedies that can appeal to both young and old. For every gag that doesn’t work, you have another that you will have you in stitches.

4. Alone in the Dark 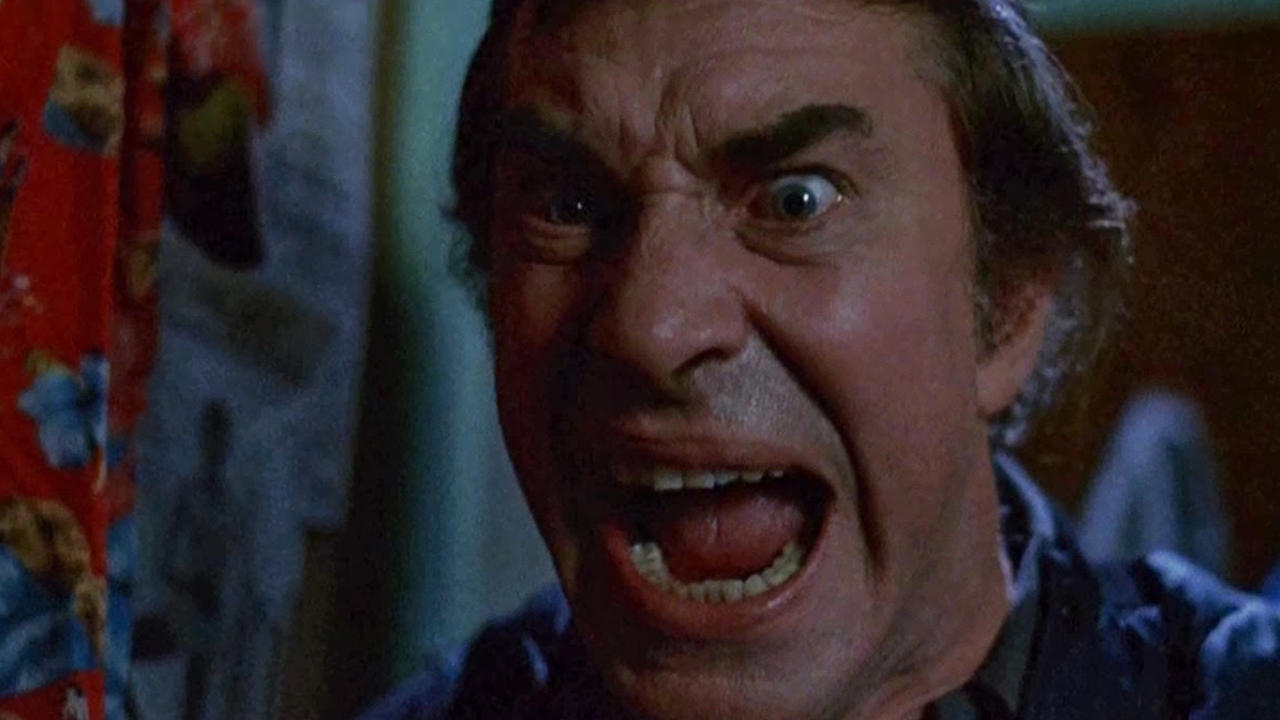 No, we are not talking about that horrendous Uwe Boll film starring Tara Reid. We are talking the severely underrated 80’s slasher “Alone in the Dark” from director Jack Sholder, who also made the underrated homo-erotic “A Nightmare on Elm Street 2: Freddy’s Revenge.” On the surface, the premise seems like any other run-of-the-mill slasher of its era. A group of deluded psychopaths escape from a mental asylum during a power blackout and target one of their psychiatrists and their family.

If you’re looking for gore, the film unfortunately doesn’t have much. One of the biggest flaws of the film is that the gore and kills aren’t very special. We get one interesting throat slashing and one psycho neatly lifts someone up and breaks their back, but that’s about it.

But what we get instead is surprising substance from a slasher movie. The film parodies the counter-culture psychiatrist R.D Laing. This comes in the form of Dr. Leo Bain (played wonderfully by Donald Pleasence), who refuses to see these psychopaths as a threat to society. But it’s the ending that truly makes this film, as the title of the film suddenly reaches a great significance. Being that ‘alone in the dark’ means being mentally ill, it means being lost in your own madness. The film simultaneously parodies the blind idealistic approach to psychotherapeutic treatment while also showing empathy to being mentally ill.

Apart from Pleasence, we also have Martin Landau and Jack Palance as two of the psychos. Palance especially does a great job, who has the most strangely moving scene of the film. Sholder himself considers this his most underrated film, and I will have to agree. 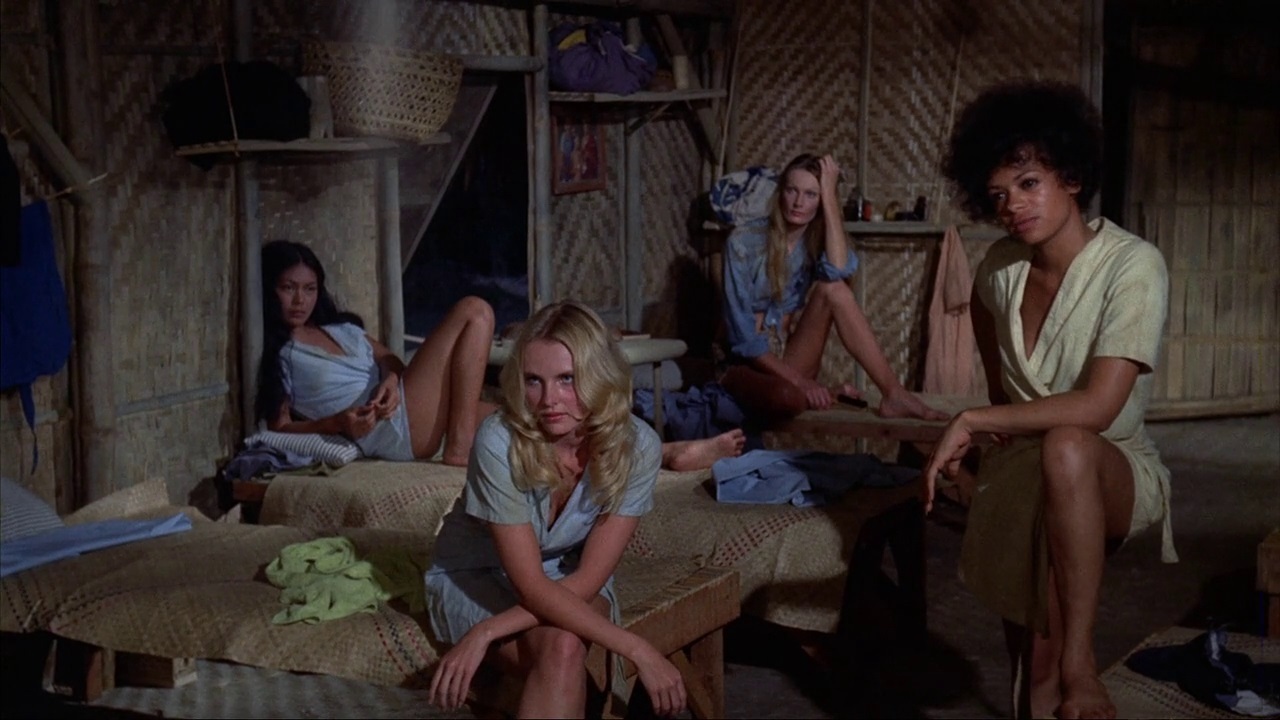 Jack Hill is one of Quentin Tarantino’s favorite filmmakers, and as you should by now, I take Tarantino’s taste very seriously. Hill has made many classic exploitation and blaxploitation classics, but so far in my viewing, “The Big Bird Cage” might be my favorite.

Part of the ”woman-in-prison” subgenre, this one boasts what you could expect: buxom, attractive scantily-clad women who need to escape from their prison led by a tyrannical warden. Just like with any Jack Hill film, the film has a strong feminist bend. The women in this film are strong female characters, even if they are highly sexualized.

The film is also the funniest of Hill’s filmography. He intentionally made this film more of a spoof in order to distinguish it from other films of its subgenre. The film has a host of colorful characters who are perfectly cast. Naturally, there’s Pam Grier as a Marxist revolutionary – who quickly shows her dominance among her fellow imprisoned felines. Sid Haig is hilarious as Django, the guerrilla leader who infiltrates the prison (by getting awfully close to the main guard Rocco). There’s also Anita Ford as a socialite who unwillingly finds herself in prison.

The film has heart, grit, beautiful women, fun action, basically everything you want from a Jack Hill classic.

It’s nigh impossible to talk about Andrew Zulawski’s “Possession” without making it sound like either a pretentious or a severely demented film. And it probably is both these things, but in the best possible way. It’s a film that many people find hard to classify.

One could consider it a horror film, since it does include an octopus monster and some gore. On the other hand, it’s also a romantic drama, as the film follows the breakdown of a married couple. But despite all the scares and tragedy, it’s also frequently hilarious.

Zulawski wrote this film while he was going through with a messy divorce, and it shows. The film might be fun to intellectualize, but its narrative seems to run on primal emotions. Logic is less important than the emotions that drive the characters. As the title suggests, the film is about “possession”; it’s about wanting to possess your beloved. This means both physical but also psychological. When one discovers that his lover has been unfaithful, not only has he lost her psychically, he also lost his idealistic perception of her.

You also cannot talk about the film without talking about the incredible performances of Isabelle Adjani and Sam Neill. Both these performers lay themselves completely bare, going to some of the darkest places. Adjani herself said she needed a few years to get over playing the role of Anna.

The film was unfairly maligned as some cheap video-nasty during its release in the UK. Over the years, “Possession” received its rightful acclaim from film scholars. The film been cited as an inspiration to many filmmakers out there. It’s a film every cinematic connoisseur needs to see for themselves.

Like many people I discovered this b-movie gem from watching one of Red Letter Media’s ‘Best of the Worst’ episodes, where I was simultaneously introduced to classics such as “Deadly Prey” and “Hard Ticket to Hawaii.” But none of them were as memorable, or have the genuine heart and hilarious ineptitude of “Miami Connection.”

The film is about a group of college students – who frankly look a little too old for the part – who are also part-time vigilante taekwondo crime fighters and local rock ‘n roll stars. Their band is called Dragon Sound and their songs are hilariously catchy.

Like the best of the Reagan youth, they absolutely deplore drugs, so they take it upon themselves to take down local drug rings. The biggest bad of them all are the motorcycle gang/ninjas led by the villainous Yashito – sing with me now, “Against the ninja!”

As you can read by the premise alone, this is obviously one of the greatest films of all time. The climax, which suddenly turns shockingly violent, has to be seen to be believed.

Shelved and buried when it tanked spectacularly on release, it was rediscovered by Zack Carlson, who bought the original 35mm for a mere $35 on eBay. The film became a surprise hit for midnight movie fans and reached a greater audience when Drafthouse began distributing it.

Y.K. Kim, the star, co-director and writer of the film, wanted to forget about this film, having been embarrassed by the end result and the negative reviews that followed it. Like Neil Breen and Tommy Wiseau, Kim thought he was creating the next “Citizen Kane.” It’s the lack of awareness that makes this film so good. And luckily for Kim and for all those who discovered this treasure, “Miami Connection” found new life 25 years after its release.

As in the “so-bad-it’s good” genre, this film is up there with “Troll 2” and “The Room.” In my opinion, it might even be better than that, though that might be because I have particular fondness for cheesy synth music and 80’s glam-rock. Sing with me now: “Friends for eternity! Loyalty! Honesty! We’ll stay together through thick and thin!”