6. Uniqueness within the genre 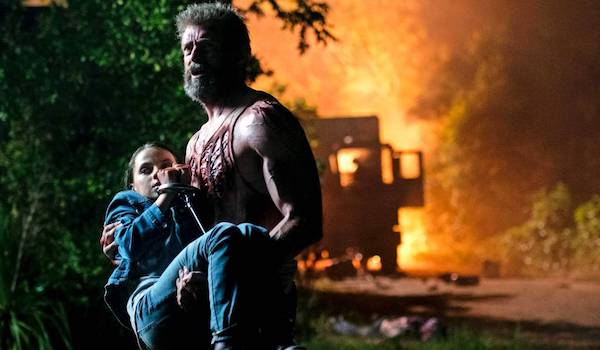 Just because a superhero film is unique doesn’t make it all that watchable. That’s understandable. After all, The Phantom was pretty unique, wasn’t it? Never thought that would get mentioned in a Wolverine article.

But uniqueness within this genre can also make for the best of the bunch. The Avengers, Iron Man, and several others have done well sticking close to Marvel’s more prototypical superhero approach, but such films as Guardians of the Galaxy and Deadpool have shined as oddballs.

Logan does justice to the genre of superhero films, but crosses elements of post-apocalyptic, western, and straight-up drama with it. This shouldn’t even be treated as a genre film, something the Academy Awards might want to take notice of next year. Captain America: Winter Solider had its espionage twist, and Nolan’s trilogy had a gritty crime vibe. And Logan succeeds wonderfully in this mixing of genres just the same.

For one, the character of Wolverine is perfect for this setting, much more so than in the first two movies with his name. The dreary, downtrodden Earth easily matches the gruff nature of the hero.

And beyond the parallel between broken Earth and broken man, there are a few of the purest moments in film that make you seriously question if this is even a big-budget superhero movie. It’s as poignant as many of the top-notch indie films of recent years, and such an achievement set in a blockbuster-styled flick is one of its greatest achievements.

Maybe Logan felt like it truly had stakes because we thought Logan and Professor X were going to bite the dust at any moment. But it still put in motion a sense of mortality that rarely any superhero movie has these days.

When you’re setting up some massive cinematic universe, it’s hard to build up any tension of characters possibly dying and the world taking a turn for the worse at the end of the film. In The Dark Knight, there was unexpected loss, and in the end, it’s hard to even say that Batman won. He saved Commissioner Gordon’s family and caught the Joker, but lost Rachel Dawes and the white knight Harvey Dent in the process.

Another example of feeling stakes and repercussions is in The Watchmen. Say what you will about the movie itself, but it represents the very real predicaments and sacrifices of our world. And you weren’t sure who would die or survive until the end (unless you read the comic).

Comparing a movie like Logan to something in the MCU is very hard to do. There aren’t many similarities to find aside from there being super-powers involved. But let’s compare Xavier’s death scene to any scene where an Avenger could die.

Professor X has been previously killed by Phoenix in The Last Stand (sorry to bring that movie up) in epic fashion. But this time, he goes for good in a tender-turned-surprising moment that happens with a sudden piercing. He gets a moment with Logan, but he’s gone before you know it. He wasn’t really all that much at peace in death, but we know no matter what happened in Westchester, that Professor X is redeemable.

Now take all the emotion and pain and compare that to an Avengers movie. Captain America: Civil War actually seemed to pose the thought of maybe one of the great heroes dying. And in seeing the trailer scene with the Winter Soldier, Captain America, and Iron Man, it seemed possible.

Then we got to the actual film. By the time you see the airport scene, you realize there are absolutely no stakes here. The premise is near-garbage to begin with, but as much as this scene is hyped, it’s the equivalent of a member-measuring competition. When Rhodes finally takes a dive, it seems like such a novel idea for there to have been someone in danger to begin with.

Even if they weren’t trying to kill each other in that scene, they had to know one misstep could cause death. But you never get the sense of that. And not to fear, because Rhodes comes back anyway, because you can’t kill off the 12th-most important character until another movie.

But with Logan, fan service is not its focus, and it has the same amount of sympathy that Logan has. You feel the need to protect Laura, death hanging over Xavier and Logan, and the importance of saving what’s left of the mutants. It doesn’t need a humongous city or battle at the highest scale to sell you on its stakes.

Logan doesn’t have any epic CGI or artfully brilliant shots to take your breath away, but it does all the little things right.

It depicts a world and teaches you about it without the characters always having to describe it. The movie gets a little complacent in its shot selections from time-to-time, but its continuation is never flawed, its longer sequences are well done, and thank God, they don’t use a ton of cuts during action scenes.

Look at any scene with Black Widow in Captain America: Civil War for an example of what many Marvel movies do with action scenes. Christopher Nolan and Zack Snyder are just as guilty for DC. There is so much cross-cutting in these moments that it’s hard to even know what punch was landed and to where.

Logan finds enough duration to keep you from having headaches. It also minimizes its use of shaky cam. The run through the woods by Wolverine is a great example. Sure, they may split some of the shots off as he cuts through trees, but it looks to be sequenced together. They don’t hide their actors, and though it’s not always them, it doesn’t look obvious like a Scarlett Johansson double. 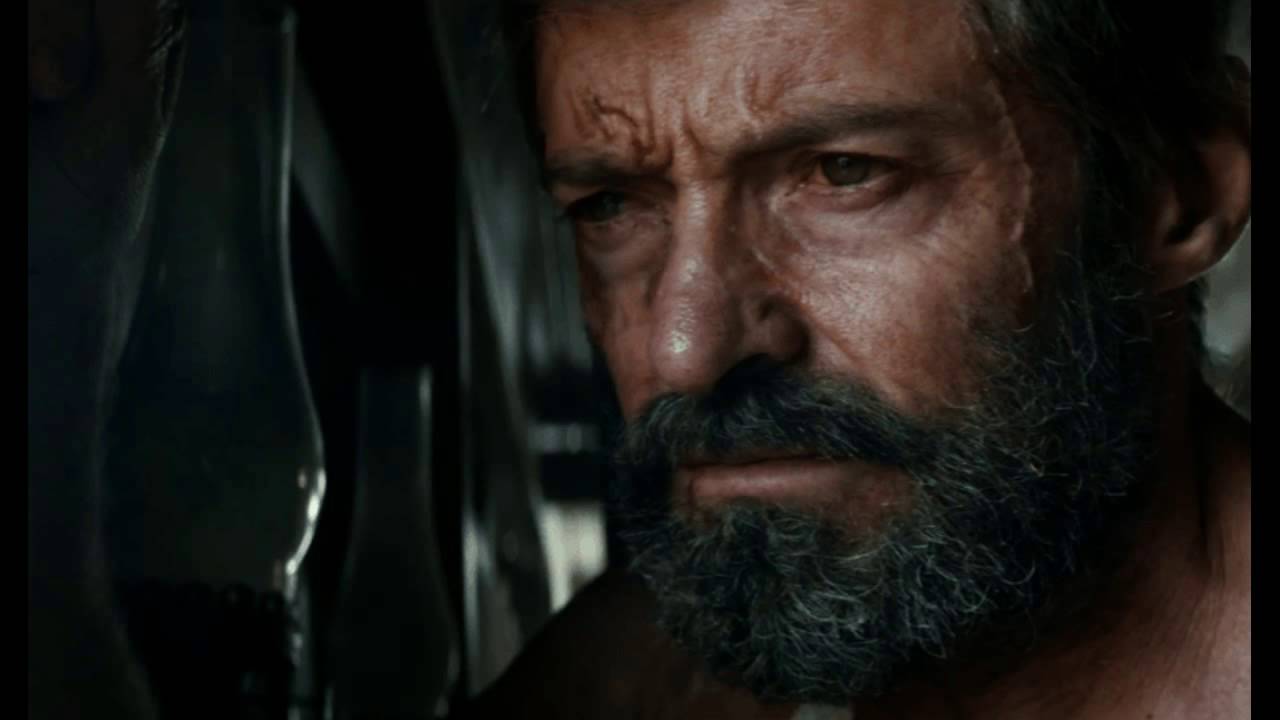 It’s hard to think of another superhero movie more worth getting invested in and saddened by than Logan.

Logan’s death is a rough and heroic one, but Professor X’s isn’t all that reflective, nor is it sacrificial in the least. He just dies, and rather brutally. But something about it fits in this film and still allows for the professor to pass properly. It gives the film even more emotional weight and added reason to get behind the title character as he avenges the charismatic Xavier.

Being one of not only the most powerful minds, but a character who brought so much warmth, guidance, and connectivity to those around him, Professor X now faces the toll of his deteriorating brain in this installment. Patrick Stewart is able to balance the suffering and his calm demeanor and empathetic tendencies to become the tragic character we latch onto. He’s always worth loving, but never as much as in this film.

Same goes for Logan himself, especially in his relationship with Professor X. They offer up some of the most raw and sincere moments in superhero movie history, grabbing hold of you in the process.

Logan’s struggles are equally hard to watch. The pulling out of his claws at the start of the movie or the beatings he takes time and time again throughout film draws easy sympathy. With any other character, it wouldn’t have the same effect. But seeing as it’s the last guy looking for an ounce of sympathy from anyone, it works much better.

10. No reliance on other installments and not setting anything up

This is one of the more refreshing parts of Logan. There was no need for callbacks to the huge mythology established before it.

It may seem like a picky subject to choose, but in an age where everything made has the next installment in mind, Logan is refreshing in that this is simply all there is. Yes, there’s ways of continuing this story, but as far as Professor X and Logan go, this is end of the timeline.

They didn’t try to mix in old plotlines from the Wolverine’s other two solo movies or the other X-Men films. They just hinted that everyone else got killed off and started from there. Let’s see Disney’s Marvel do something like that. But they won’t because there’s too much money to be had, and that’s understandable. Why not continue to set up several different movies with one? It’s free marketing.

But despite this being in a long line of movies that could’ve been a killed off franchise on multiple occasions, there’s something so real about taking two great characters, pushing everything else aside for a one-off installment, and absolutely killing it.

An X-23 movie could be in the works eventually, but for now we can bask in how novel of an idea Logan seems to be in this genre.