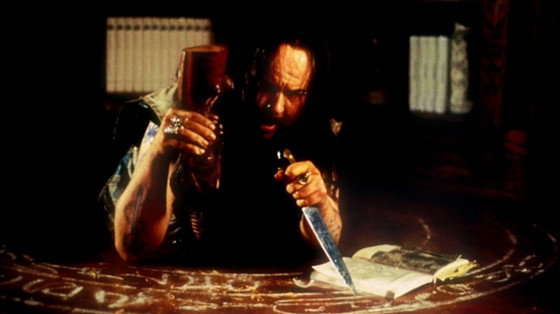 A bestially entertaining and nasty comedy. Alex de la Iglesia, one of the most extroverted and daring Spanish filmmakers, directs this unforgettable film about the day of the beast with total mastery and conviction. De la Iglesia also writes, along with Jorge Guerricaechevarria, one of the most ingenious and intelligent scripts of Spanish cinema.

A priest believes he has deciphered the secret message of the Apocalypse according to St. John: the Antichrist will be born on December 25, 1995 in Madrid. To prevent the birth of the son of Satan, the priest allies with Jose Maria, a young death metal fan. Both they will try to find out where in Madrid the apocalyptic event will take place. With the help of Professor Cavan, the presenter of an esoteric and supernatural television program, the priest and José Maria invoke the devil in a strange ceremony.

The script is exhaustively elaborated and transformed into a hard analysis on religion and the susceptibility of the human being. Excellent work by Álex Angulo and Santiago Segura, but one that steals the show on her brief appearance is Terele Pavez, capable of creating a humorous and ironic atmosphere about such terrible scenes every time she is on screen.

“A Brighter Summer Day” is one of those films that reminds us why we love cinema so much. This Taiwanese film from 1991 is a long tale about friendship, love, human relationships, gang rivalries and violence. A truly unique coming of age film that feels real as life itself.

It takes place in Taipei during the early 1960s, both the young and the old try to survive when society only creates conflicts and divides people. We enter this neighborhood full of violence and music with beautiful cinematography and good dialogue. It’s full of real life situations while maintaining its technical simplicity. Basically, the story is narrated mainly in long takes and pan shots, and is full of wide and mid shots. There are barely any close ups in the film.

“A Brighter Summer Day” is one of the most important 90’s masterpieces, one of the most important films of Taiwanese cinema, and it should be recommended to moviegoers from all over the world, along with other films of Edward Yang’s filmography, like “Yi Yi,” “That Day On the Beach” and “Taipei Story.” Despite its long duration and slow pacing, the experience is well worth it. 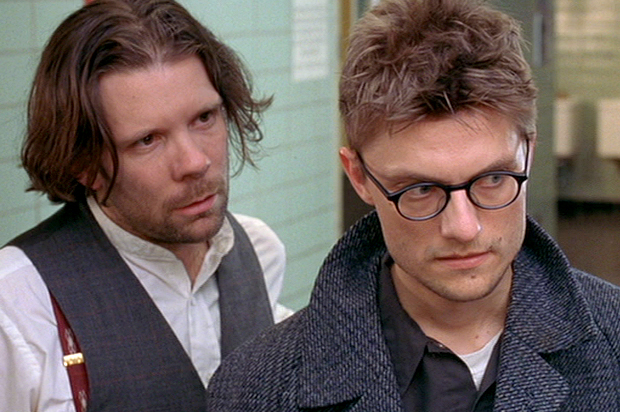 Hal Hartley is a really quirky and interesting director. His histories are full of characters who do not know what to do in life and who wander aimlessly. Hartley has a great touch when it comes to directing. At a first glance it is not appreciated, but it’s a touch full of sensitivity, wit and humor.

For someone who loves cinema with passion, Hartley is a must. His first film, “The Unbelievable Truth,” and his next films “Trust,” “Simple Men,” “Surviving Desire” and “Amateur,” belong to his first “stage” of filmmaking, the stage where his style was implanted. In his last films it feels as he has lost his touch, with films like “No Such Thing” and “Fay Grim.” But here, we focus on what might be his unique masterpiece: Henry Fool.

Hartley tells this strange friendship between a convicted out of jail sex offender and a introverted garbage man who lives with his lonely mother and his nymphomaniac outgoing sister. The garbage man suddenly feels a keen interest in writing poetry, as this convicted man he meets is a writer, and it seems that this simple and introverted garbage man has a secret undiscovered talent, which they both discover.

“Henry Fool” is a strange movie, but it is a movie that maintains many of the characteristics of Hartley’s best cinema. A great film that is a clear example of a type of cinema that is currently in decline. The times have changed, and it is possible that Hartley did not know or did not want to adapt to them. A shame.

“Léolo” is the story of a child living in a world that does not belong to him. It is a story about dreams and imagination. But it is much more than that. Much more. “Léolo” can be several things at once: luminous and dark, funny and tragic, exciting and unpleasant, hard and tender, and above all, always fascinating.

Léolo is a child who lives in a humble neighborhood in Montreal, trapped in a sordid existence. Every night he tries to escape through his memories, dreams and overflowing imagination. However, the crude reality of his family always interrupts his fantasies: he has a father who’s obsessed with the family’s health, a bodybuilder brother who lives in fear, two sisters suffering from mental disorders, a grandfather to whom nobody pays much attention, and a mother who dominates the family.

In “Léolo” there is no sensationalism. The images are just brutal and just as blinding as the light of the city that is idealized in his mind, full of gorgeous cinematography. The script is perfect; it manages to balance the crudest sordidness of Léolo’s environment with the poetry of his dreams, and reveals the evolution and the outcome of all the characters.

“Léolo” is a wonderful, different and impressive film that gives a captivating vision of childhood. A singular and essential work of art.

Rarities like “Totó the Hero” are a gift for the senses. Toto is a fantastic drama built on fabulous creativity. Jaco Van Dormael is a filmmaker with a scarce filmography at his back, if we are talking about quantity of course; because all of his films are just magical and captivating, full of imagery and beauty.

Thomas Van Hasebroeck is eight years old and he is convinced that at birth he was mistaken for his neighbor Alfred. The result is that he is living Alfred’s life, and Alfred is living his life. He dreams of becoming a secret agent to take revenge on his destiny, but instead, he becomes a surveyor. Sixty years later, the old Thomas is convinced that he has wasted his life, recovers childish dreams and launches himself on a search for Alfred in order to return the life he has stolen from him.

The structure of the film is formed by three ages of the protagonist, which are weaved and gradually discovered. This narrative form allows us to see the parallelism between desires and frustrations that are repeated throughout his life. While Toto lives his life, he wants to be Alfred. Our protagonist has always been aware that at birth he was confused with someone else and he got to have different parents. Actually, he should live Alfred’s life.

There are clear similarities between this film and “Léolo.” Which one is better is for oneself to decide, but if you like one of them, it is highly likely for you to enjoy the other one. “Toto the Hero” is a beautiful tale about life, resentment and repentance. A really magical ride you will not forget, filmed with talented exquisiteness.