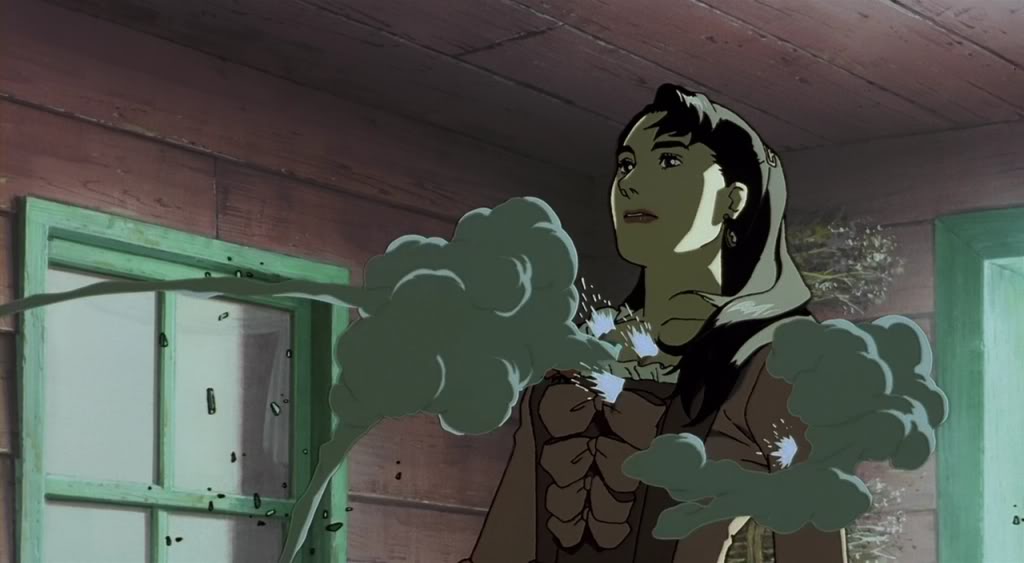 Produced by Studio 4°C and Madhouse, both known for many extraordinary projects, and originally conceived by “Akira’s father” Katsuhiro Ōtomo, “Memories” is the most famous entry on the list, especially if you are an anime aficionado. Composed of three unrelated and intriguing sci-fi stories, it is also one of the best anthologies coming from Japan.

The first and arguably the most impressive episode is “Magnetic Rose” directed by Kōji Morimoto of “Robot Carnival” and later, “Animatrix” fame and written by the late and inimitable Satoshi Kon whose penchant for blurring reality with imagination is pretty much apparent throughout the film.

Speaking of love, loss and undying memories, it takes a fresh spin on familiar space-horror tropes and plunges you, together with the protagonists, into a mysterious world of unlikely juxtapositions, such as a well-preserved opera house in a wrecked ship floating on the outskirts of the universe.

Morimoto’s assured direction and optimal use of limited time are underpinned by excellent voice-acting, beautiful character and background design, as well as by Yoko Kanno’s fittingly evocative score mixed with mellifluous excerpts from Puccini’s “Madame Butterfly”.

Following is Tensai Okamura’s “Stink Bomb” which brings us back to Earth and takes a comical approach to the “medical disaster” subgenre. It is a simple, clear answer to a complicated question: “What happens when an irresponsible clerk of a pharmaceutical conglomerate takes a blue capsule from a red vial, instead of taking a red capsule from the blue vial (as advised by his equally reckless colleagues), hoping to cure the cold faster?”

Although it is the weakest segment of the omnibus, this “gimmicky” satire features the remarkable animation, complemented by the cool jazzy score, and delivers plenty of fun, as our Woody Allen-like (anti)hero unknowingly wreaks havoc of epic proportions.

The last and the shortest part of “Memories” is a hyper-stylized dystopian fantasy “Cannon Fodder” authored by Katsuhiro Ōtomo who provides the unique artwork of thick lines, gloomy colors and bold shading. Set in a city whose roofs are adorned with cannons and whose denizens wage a war against an unidentified (and probably non-existent) enemy, it is a powerful parable on the absurdity of war and totalitarian regimes.

Slyly edited, it appears as one twenty-two-minutes long take which captures a day in life of a family under mass hypnosis. A pulsating techno track during the closing credits is on the spot. 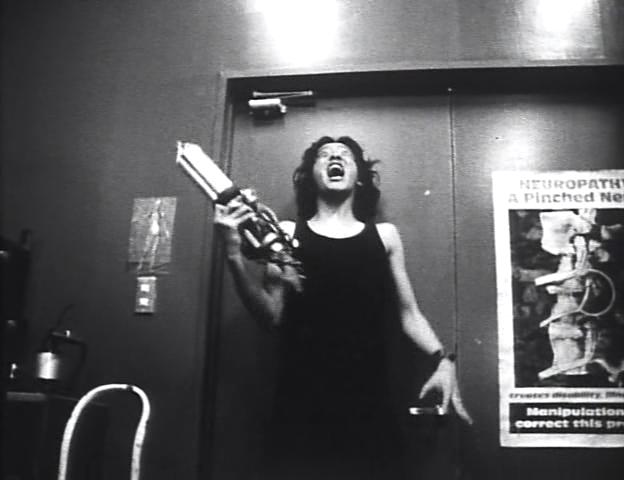 … and get ready for a whole new level of unadulterated lunacy that surpasses the most prolonged vomitting sequence of cinema history. For the uninitiated, the last part of the previous sentence is a reference to “964 Pinocchio (aka The Screams of Blasphemy)” – a spiritual, equally transgressive predecessor of “Rubber’s Lover”.

To say that this film is not everyone’s cup of tea (which one is?) would not only be a cliché, but also a severe understatement. Absolutely nothing can prepare you for the incessant barrage of loud noises and aggressive, suggestive, dazzling and gorgeously repulsive pictures in gloriously grainy, high-contrast B&W.

Imagine the frenzied energy of Shinya Tsukamoto’s “Tetsuo, the Iron Man” elevated to the max and forget about the obscure plot and psychotic characters’ motivations. Just let yourself be taken over by the cast’s overboard acting and Fukui’s deliciously nightmarish visions of pain and pleasure.

“Rubber’s Lover” is a visceral, unforgettable, and to a certain extent, thought-provoking experience which the snobbish and the squeamish ones will surely hate. 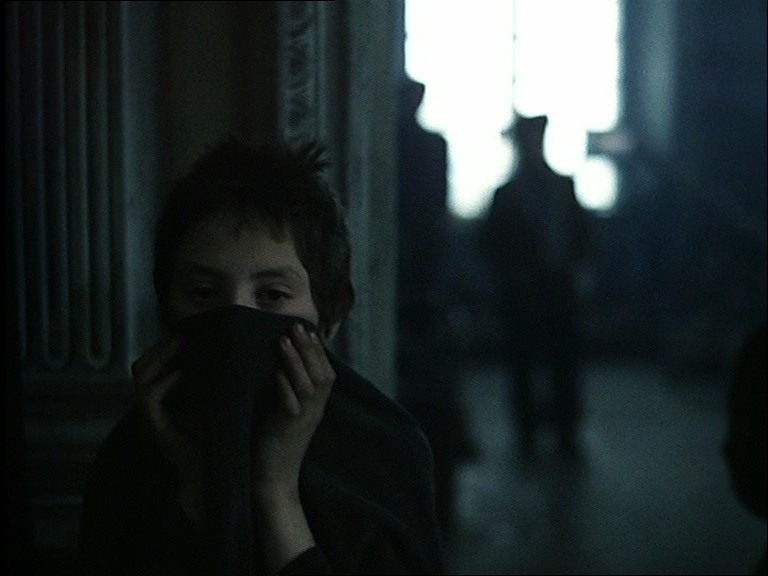 And now, let’s take a look at something from the opposite side of the spectrum – the extremely slow cinema of the Lithuanian auteur Sharunas Bartas who ruminates on the turbulent past of his country which is metaphorized as the titular house inhabited by the speechless individuals.

The dilapidated villa (near a frozen lake, surrounded by woods) could also represent the unnamed protagonist’s labyrinthine mind, as well as a space where the enchanted viewer can easily get lost. Either way, this surreal, Tarkovskian drama feels deeply personal and genuine, not to mention that it is widely open to more interpretations.

In funereal silence, they stare into the abyss of their thoughts, solitude and/or hopelessness, their eyes imbued with anger, despair, longing, disapproval, disappointment, repressed joy or the loss of faith. When they timidly smile or even burst into laughter, the atmosphere remains brooding, almost comatose and quite soothing.

Long, eloquent, hypnotizing takes of them eating, drinking, posing in nude, playing with puppets or taking care of the garden in the attic conjure up a lethargic dream of mystical qualities. 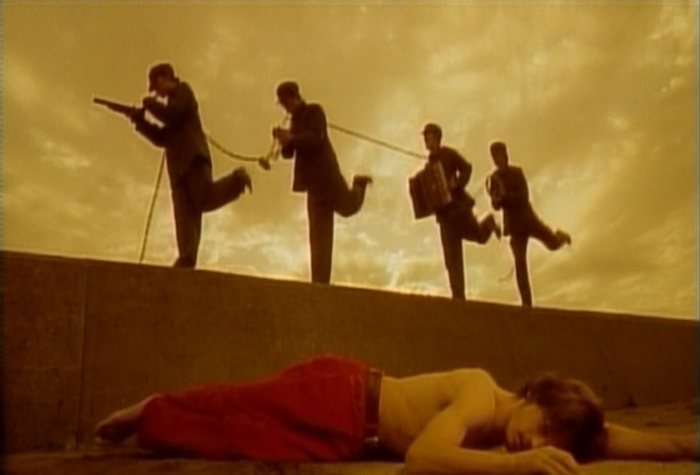 Adapted from a comic by Yoshiharu Tsuge who penned the screenplay, “Screwed (aka Screw Style, originally Neji-shiki)” is a deliberately paced, typically Japanese fever dream starring the always reliable Tadanobu Asano as a down-on-luck manga artist, Tsube. The stark similarity between the writer’s and the protagonist’s names indicates that the film might contain semi-autobiographical elements, but then again it could only be a trick.

However, when he learns that she is pregnant with another man, he tries to commit suicide with the handfull of sleeping , ending up in the hospital where a particularly funny scene with a nurse takes place. Being broke, he is forced to leave and continue sleepwalking through his miserable life of meaningless encounters with “used” women.

In the last quarter of the film, Tsube’s disillusionment culminates in a series of bizarrely surreal sequences triggered by a gruesome jellyfish wound on his left arm. Literally and metaphorically screwed in more ways than one, our hero is pretty hard to identify with, yet the patience that his “adventures” require is rewarded with the sheer insanity of the aforementioned finale and some more disturbing, butoh-like eroticism in the closing credits.

Asano gives a stellar deadpan performance, whereby Ishii (74 at the time) has a whale of a time leaving you baffled. Bathed in warm hues of red, orange and yellow, his cryptic, intentionally incoherent psychosexual fantasy (or some such) seduces you with its soft, incandescent visuals, accompanied by the suitably weird score. 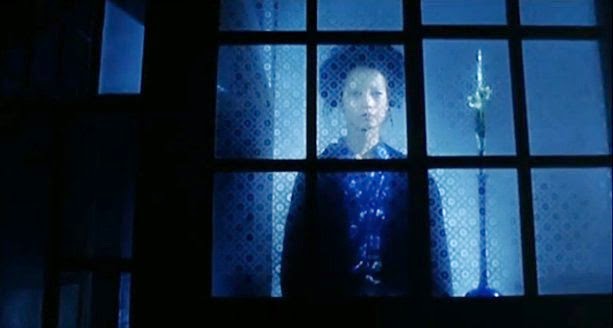 Another realization or Edogawa Rampo’s work on the list sees the return of Masahiro Motoki in the role of a successful doctor, Yukio Daitokuji, who leads a seemingly perfect life in post-war Japan. He is married to a beautiful, yet amnesiac wife Rin (the ethereal model, actress, seiyū and former singer Ryō) and runs the office of his retired father.

But, with the sudden death of his parents (who never approved of their son’s marriage anyway) and one unethical decision involving a plague-stricken child from the slums, the cracks begin to appear “in the delicate fabric of his daily routine” (Jasper Sharp for The Midnight Eye). Soon after, a mysterious doppelgänger who roams around the house at night decides the time for “atonement” has arrived, presuming Yukio’s identity…

Shinya Tsukamoto’s first foray into period piece is a familiar, yet intriguing tale of twins’ rivalry, revenge and madness. A sophisticated mélange of costume drama, psychological horror and satire on class struggle marks a departure from the director’s frenetic style displayed in “Tetsuo” and its sequel, apart from a few hectic scenes and grotesque surprises.

Thematically, it explores the transformative power of evil which resides in all humans, whether they are born with a silver spoon in their mouth or abandoned and raised in persistently poor conditions. Visually, it is another enviable triumph for Tsukamoto who throws in some Felliniesque imagery for a good measure. His composer and frequent collaborator Chu Ishikava provides the atypically restrained score, with the haunting theme as the standout track.

A bit of trivia: Naoto Takenaka who played Rampo himself in Kazuyoshi Okuyama’s film (5th entry) makes a cameo appearance as the rich, perverted man in “Gemini (Sōseiji)”.