Russian director Andrey Zvyagintsev remains faithful to his cinema and his unmistakable style, dissecting from the bowels of Russia, in all its institutions, from the state to the family. His cinema always revolves around this analysis, which, due to its mastery, always reaches a universal aspect.

A couple in divorce proceedings sells their apartment. They barely see each other, they already have new partners, and the only conversations they have are violent discussions. Once the nest is sold, everything will end and both will have a new life were it not for one thing: their son. A son who arrived by accident, who was never wanted or loved, who spends his nights wailing and who barely speaks. One day, the child leaves the house in the morning and never comes back.

Here the director takes from the backdrop a theme very used in cinema – the disappearance of a child, at the doors of the divorce of their parents. But the director takes all the ways contrary to the conventional way, and this time points the main lens to society. A couple who hates and denies their son, representatives of the contemporary Russian middle class and contemporary human beings, beings without love who go around the world repeating actions, without learning, without lessons, dehumanized and selfish.

“In the Fade” is the new work from acclaimed German director Fatih Akin, a thriller with a conventional story worthy of a television series, but thanks to the visual and narrative talent of the director, manages to endow it with a powerful essence transforming it into a very intriguing film.

The life of Katja (Diane Kruger) sinks when her husband and son die in a bombing by a terrorist group. Little by little they will discover the culprits who will be judged. Then, after the duel and injustice, the time of revenge will come.

What stands out above all things and gives an impressive push to the film is Diane Kruger, giving a brilliant performance that is worthy of all possible prizes (she already won the award for best actress in Cannes). This is a movie that will leave you in tension and intrigue throughout, and where you will want everything to go well for the poor protagonist. The reflexive ending of the film will leave you completely speechless. 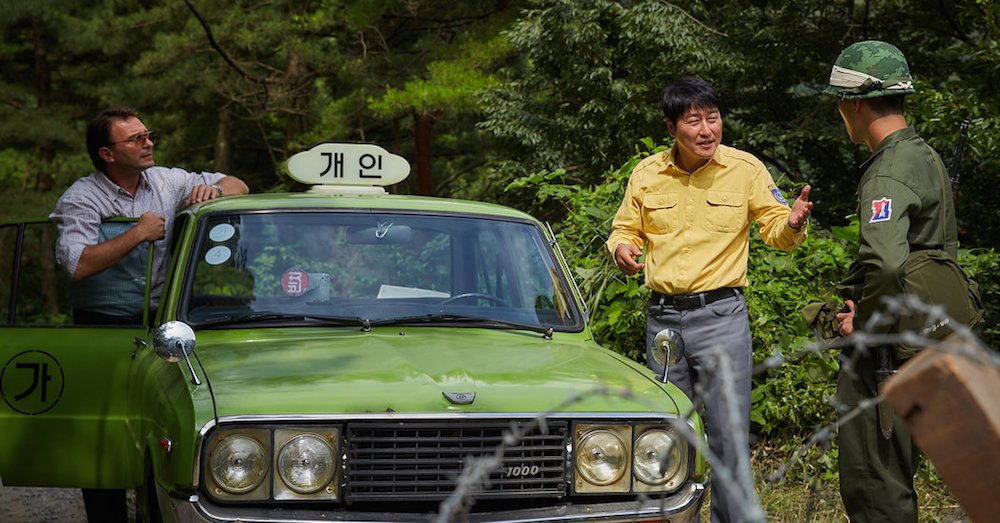 To put the story in context: On December 12, 1979, Chun Doo-hwan, a lieutenant general in the army, led a military coup d’état that marked the end of the fourth republic of South Korea and the beginning of almost a decade of terror. On May 17, 1980, Doo-hwan forced the council of ministers to apply martial law throughout the country, thus closing universities and prohibiting freedom of expression, press and assembly.

Students from all over the country went out on the streets to protest, but the mass arrests of university and political leaders ended the protests. In the city of Gwangju, there were riots when special troops of the army arrived to this town, charged against the students who were demonstrating peacefully. For almost a week the city remained completely isolated from the outside world and surrounded by army troops waiting for the order to retake the city.

The film revolves around a taxi driver who helps a German reporter cover the Gwangju uprising. “A Taxi Driver” is the story of a humble taxi driver, an ordinary man alien to the social and political reality of his country, who lives by and for his work. The wonderful performance from Song Kang-ho is the vehicle for the dramatization of this terrible historical event; it is the transformation of his character that gives meaning and heart to the film. The working class is politically aware and, far from looking away, risks their lives to defend the sovereignty of the people against the injustices of totalitarianism.

Overall, “A Taxi Driver” is not only a film that failed to reach the radar for the main audiences, but it is one of the best films of the year, and a real journey.

“Columbus” is a film that, little by little, is making some noise, having been nominated with the Independent Spirit Awards and the Gotham Independent Film Awards, and the film also sold some tickets in the United States. Overall, though, it is a film that is barely talked for what it is: a beautiful and hypnotic drama about human relationships.

A man is trapped in Columbus, Indiana, where his architect father is in a coma. The man knows a young woman who wants to stay in Columbus with her mother, an addicted woman who is recovering instead of pursuing her dreams.

“Columbus” is a really stylish film. Incredibly well-shot scenes flow alongside the story that is centered in the amazing and natural characters played by John Cho and Haley Lu Richardson. One can really watch these two talking to one another for hours, talking about life, their thoughts, their dreams… about everything. Director Kogonada knows how to tell a good story with so little. One of the best films of the year.

A musician dies in a car accident and returns as a ghost to the house where he lived with his wife.

In the first minutes of footage, it seemed that it was going to turn, once the initial grace was over, into a parsimonious thing in which we would only see the ghost watching his neighborhood through the window, and his wife doing housework or dragging her pain as a soul in pain through the corridors of the house. However, it derives in one of the most original and curious works from American independent cinema in recent times – a fresh and very creative work that reflects very intelligently on time, which the ghost perceives in a different way.

“A Ghost Story” is an exceptional case of how a normal movie, whether correct or good, extends its limits in its assimilation and becomes, simply, a contingent experience. Pretentious, yes, but there is no art without pretension.

It’s a highly recommended film, with very slow pacing that takes it away from the general audience. It is hard to get over, especially from the beginning, but there is a moment that catches you and manages to twist your soul. Roughly 90 minutes of love and pain, where time and memories determine existence.