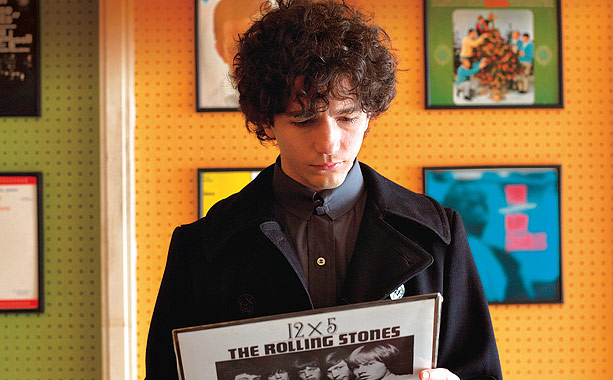 What better excuse to use a Beatles song (and one of their most famous after all) than by portraying the exact moment the world first got to hear the unique and immensely influential style. By viewing it through the eyes and ears of one individual, it serves as a microcosm for the massive cultural shock, the inspiration of millions across the globe and the sheer disbelief of hearing the fab four for the very first time.

As Wells (Will Brill) lies asleep, he is woken suddenly as he hears this fresh, new and utterly unique song on the radio. He listens to it, entranced and then as soon as the song ends, he asks the only question anyone could possibly ask under the circumstances, “What is that”. Following that first famous performance, music would never be the same again, it represented a seismic cultural shift and here it was captured perfectly though one person’s viewpoint.

The opening of Wes Anderson’s tale of a dysfunctional family has been described using many words, and most of them are sweet. From the marvelous composition of each shot, the blunt and ironic tone of Alec Baldwin’s narration that may seem cynical anywhere else but here seems to work perfectly and especially the wonderful rendition of Hey Jude from the Mutato Muzika Orchestra.

In some selective film festivals, the original Beatles recording was used, but to save costs, this cover version was selected instead, which works just as well, maybe even better, because let’s face it, we would be too wrapped up in the song to follow the plot.

This sequence could be viewed as bittersweet and painful as a family descends into arguments and resentment, but when paired with a song like Hey Jude, it takes a surprisingly optimistic tone. Near the end of the sequence, a falcon flies from the roof of a house over the skyline of New York just as the soundtrack reaches its famous “na-na-na” chorus. It’s a moment of utter transcendence and wholeness that can’t quite be explained, it just works.

3. ‘Yesterday’ – Once Upon a Time in America

Sergio Leone’s final film, a magnificent epic of gangsters, loyalty and betrayal, was sadly butchered upon its original American release. It was chopped down drastically from its intended runtime and even more bafflingly re-edited to be presented in a linear order instead of the time skipping beauty of Leone’s cut.

That means, among many misrepresentations and subtractions that the American cut also neglected to feature this poignant rendition of Yesterday which means that the film lacks one of its most subtly emotional moments.

Luckily though, today the restored original version allows everyone to witness this magnificent moment. As Robert De Niro’s aging gangster, Noodles, arrives at New York in 1968, after a hiatus from the city that lasted decades, an orchestrated version of Yesterday fades in over Ennio Morricone’s score as he reflects upon his past and memories.

A majority of the film is assembled of Noodles’ memories, but in this moment he is just a man burdened with heavy regrets and can only observe the past. A remarkably humane moment for a film as massive in scope and scale as Once Upon a Time in America.

In the summer of 1986, a certain song re-entered the charts at the number 21 spot. The song was Twist and Shout and the reason for its re-entry was its inclusion in John Hughes’ classic adolescent comedy, Ferris Bueller’s Day Off. Is there really any need to justify why this song works so perfectly here? In a movie all about youth empowerment and liberation, the inclusion of a song by the icons of the liberation generation was a stroke of subtle genius.

But when applied specifically to this scene, with its high energy and sheer spectacle, it doesn’t just make sense or simply appear to be an obvious choice, it seems like the only possible choice. Having somehow commandeered a parade float, Ferris mimicking Lennon’s uncontrolled vocals and just generally strutting about in complete control of the mayhem around him. There are few moments in film as joyfully adolescent as this one.

An appropriately named song for a film about one of the richest men in the world. It’s the perfect summation for David Fincher’s unconventional biopic about Facebook founder Mark Zuckerberg. Beyond just the simple similarity in the title of the song and the position of the films protagonist, it goes deeper than that as the song asks an unnamed subject what it’s like to be one of the beautiful people.

As Zuckerberg has reluctantly settled various million dollar lawsuits against him by both rebuffed former business partners and alleged business co-founders, he now sits triumphant with the spoils of war, his intact media empire, and completely alone.

What’s especially remarkable is how Fincher made a Beatles song seem, in this context, almost hollow and haunting as it reflects upon the damage inflicted by this modern tragedy. The movie may be morally ambiguous as to whether or not Mark was right to do what he did, but Fincher lets Paul, John, George and Ringo offer one outlook on the situation.