5. Murderers Among Us: The Simon Wiesenthal Story (Brian Gibson, 1989) 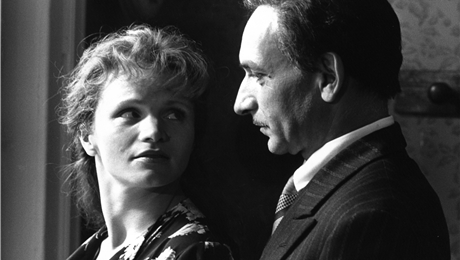 English director Bryan Gibson (“What’s Love Got to Do with It”, “The Juror”, “Still Crazy”) gave us the biopic about the famous Nazi hunter Simon Wiesenthal (Ben Kingsley).

The TV movie follows his liberation from a Nazi concentration camp and his life afterward. He successfully hunted the most wanted criminals and brought them to justice, including the commandants of his concentration camp.

Along the way, Simon faces moral difficulties; he’s torn between the love for his family and the things he must do. The touching and inspiring story will not leave the viewer indifferent.

The rest of the cast (Renee Soutendijk, Craig T. Nelson and Louisa Haigh) did their job professionally, but naturally, Kingsley deserves all the praise. The movie won an Emmy for Outstanding Writing in a Miniseries or a Special.

On one unexplained and rather strange occasion, Kingsley found a photo of Wiesenthal in his trailer. Although he couldn’t explain how the photo got there, Kingsley immediately noticed the resemblance with Wiesenthal and in that very moment, decided to make a movie about him.

Kingsley asked the Nazi hunter for an interview during which he picked up Wiesenthal’s mimicry, pronunciation, and all non-verbal gestures.

A few years later, Kingsley manages to translate the character frighteningly accurately onto the big screen. Kingsley was a Golden Globe nominee for Best Performance by an Actor in a Miniseries or Motion Picture Made for Television for this role. 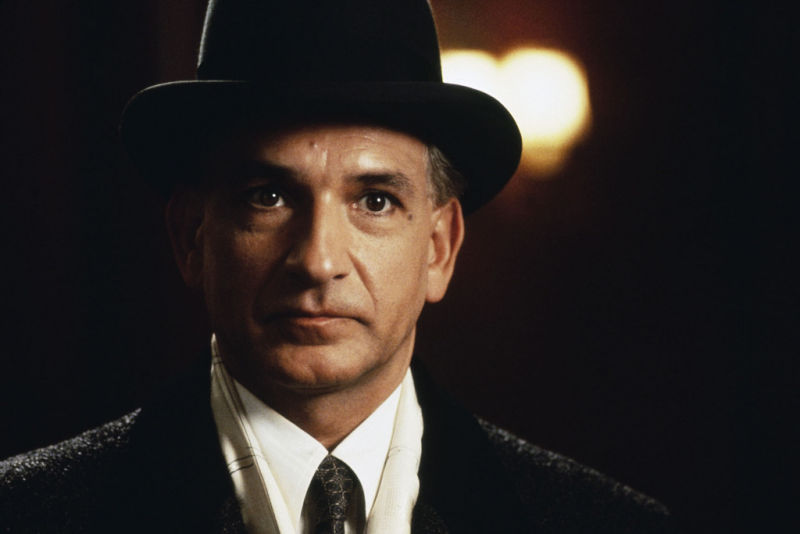 This is a biographical story about one of the most feared gangsters of all time – Benjamin “Bugsy” Siegel. Bugsy (Warren Beatty) is traveling to Los Angeles on a brief business trip, but meets the woman of his dreams, Virginia Hill (Annette Bening), and decides to settle in California.

Mickey Cohen (Harvey Keitel) helps him establish a hotel and casino in a desert near Las Vegas, but problems with associates Meyer Lansky (Ben Kingsley) and Lucky Luciano (Bill Graham) then occurred. Barry Levinson (“Good Morning Vietnam”, “Rain Man”, “Sleepers”) did a great job and made a movie quite different from classic gangster films (it’s surely less violent than “Goodfellas” or “The Godfather”).

The cast is terrific, and the directing, costume design, and writing is at the highest level. The movie won two Oscars for Best Art Direction – Set Decoration and Best Costume Design, and earned another eight nominations, including Best Picture, Best Director, Best Screenplay, and Best Actor in a Leading Role. Its Golden Globe win for Best Motion Picture – Drama is also worthy of mention.

Kingsley is probably the most accurate Meyer Lansky that ever portrayed the “Mob’s Accountant,” a major organized crime figure. He is a best friend of Siegel since they were poor kids in New York, and is in the middle of his feud with the Syndicate. Kingsley successfully reflects Lansky’s struggle between emotions toward his dear friend and professionalism.

Although his role is smaller compared to Beatty’s lead character, Kingsley attracts attention in every scene he appears in. The Jewish accent, the calmness in verbal communication, and his general appearance are very close to the actual Lansky. He was nominated for both an Oscar and a Golden Globe for Best Actor in a Supporting Role.

A fantastic movie debut for Jonathan Glazer, who directed commercials and music videos before he created this uncharacteristic and utterly dynamic gangster film. The plot is centered on Gal (Ray Winstone), a retired safecracker who’s enjoying a new life in sunny Spain.

However, Don Logan (Ben Kingsley) has a task to recruit him for “one last job” and will not take no for an answer. The big boss Teddy (Ian McShane) is the man who pulls the strings and plans the big heist.

The movie is so refreshing and amusing that not even one moment of it is uninteresting to a viewer. Plenty of cursing, nasty humor, and terrific performances from a cream of British actors guarantees a lot of fun. “Sexy Beast” earned a BAFTA nomination for Best British Film. However, one particular actor received all the praise from critics.

Kingsley took the opportunity to play a psychotic, deranged villain, and simply explodes in one of his best roles ever. He plays a frightening, abusive and violent enforcer who terrorizes Gal, his girlfriend, and his friends.

Don is so dreadful that he is scary even when not in the scene. Kingsley showed that he can be the meanest son of a gun, and his bone-chilling outing is entertaining.

The other actors were so stunned by the ferocity of Kingsley’s acting that they occasionally forgot their lines! Although not a focal point of the film, Kingsley’s standout performance is widely recognized, so the versatile actor got both Oscar and Golden Globe nominations for Best Actor in a Supporting Role.

Director Vadim Perelman’s debut is an emotion-charged tragedy about abandoned wife Kathy (Jennifer Connelly), and her struggle to keep the family house after failing to pay taxes. Iranian immigrant Behrani (Ben Kingsley) is buying the house for a cut-price, and the lives of Kathy and his family are going to be changed forever.

Kathy is fighting to get a house back, as she turns to the local authorities, while Behrani wants to make a profit and provide his family a quality life that they once had in Iran.

Perelman made only one more movie after this, but his quality of directing is quite apparent in “House of Sand and Fog”. He approaches the characters so well, and goes deeper in each forthcoming scene, without wasting a single detail in the process.

The actors are exquisite; Connelly is brilliant in her fragile and sad role of Kathy, and Shohreh Aghdashloo showcased fantastic talent in portraying Nadi, Behrani’s wife.

She’s the kindest and most lovable woman, with immense passion and intelligence. The movie was nominated for three Oscars; Best Actor in a Leading Role, Best Actress in a Supporting Role, and Best Music, Original Score.

Kingsley’s role of Behrani is breathtaking; as a former Iranian colonel, he had to flee his country with his family after the Islamic Revolution, so he lost nearly everything he had. A new life in America is anything but easy, and he has to work multiple jobs to support his wife and adolescent son.

Finally, Behrani got his opportunity to make a little fortune, but on someone else’s account, so he’s in a moral dilemma. Kingsley is so deep into the character, and he is completely honest in his portrayal.

His chameleonic ability to convincingly play such distinguished characters is mesmerizing. He used restrained facial expressions in both moments of joy and horror, which was exactly what the director wanted.

Kingsley’s Shakespearian stature and excellent performance earned him an Oscar nomination for Best Actor in a Leading Role, and also a Golden Globe nod.

Surely one of the greatest biopics of all time, Lord Richard Attenborough’s (“A Chorus Line”, “Cry Freedom” and “Chaplin”) “Gandhi” is the director’s finest work. He tells a detailed life story of Mahatma Gandhi (Ben Kingsley), an intriguing and complex personality with pacifist beliefs.

Gandhi starts to fight for the rights of Indians in South Africa and eventually succeeds. Soon after, he is invited back in India to solve their problems with the British Empire, and to help in the nation’s struggle for independence.

The plot follows Gandhi’s setbacks, occasional incarcerations, and genuinely gets into the character of one of the 20th century’s biggest icons.

The extraordinary directing, excellent writing, editing and cinematography, as well as a perfectly selected cast (Candice Bergen, Martin Sheen and Edward Fox), translate the fantastic experience to the big screen.

This masterpiece was awarded eight Oscars, including Best Picture, Best Actor in a Leading Role, Best Director, and Best Writing, Screenplay Written Directly for the Screen. It also received five Golden Globes and five BAFTAs, along with other numerous awards.

Kingsley was an unknown actor before Attenborough selected him for the role of Gandhi, and it entirely changed the course of his career. Kingsley’s resemblance to the famous activist is astonishing, and the fact that his father was born in the same small seacoast town as Mahatma Gandhi surely helped the actor portray the character accurately.

Even the local people were shocked when they first saw Kingsley in makeup – they thought it was Mahatma’s ghost. Kingsley prepared for his role by studying newsreel footage of Gandhi, reading books on and by the man, dieting, losing weight, practicing yoga and learning to spin thread just as Gandhi did.

Although he later appeared in more than 80 films, “Gandhi” undoubtedly marked his career. This role earned Kingsley his only Oscar to date.

This list could be even longer, and some of the movies like “Searching for Bobby Fischer”, “Fifty Dead Men Walking”, “Shutter Island” and “Hugo” failed to make the list, but they are certainly highly rated.