5. Imagery is more important than you realize

Comic books are, first and foremost, a visual medium. It is why we have so many distinct artist positions: pencillers, inkers, colorists, and letterers. Without the four of these working in collaboration, you end up with garbage looking projects like “The Dark Knight Strikes Again” with its sloppy character physics and overuse of multicolored filters.

Such importance placed on making a good-looking project should translate over to films that adapt these stories for the big screen. While the phrase “style over substance” holds a lot of merit, it should not impede efforts by filmmakers to translate images to the big screen in a way that resonates with audiences.

Ask people what they remember most about a superhero film outside of the fight scenes, and the answer you will most likely get is something related to imagery: seeing Spider-Man web sling for the first time, Joker removing his clown mask to reveal the grunge make-up underneath, the construction of the MARK 1, and of course Doctor Manhattan as a whole.

Zack Snyder, along with cinematographer Larry Fong, have widely been praised for giving some of the best comic book film imagery, and “BvS” was full of so many visually-memorable moments: the flash of lightning behind armored Batman as he awaits Superman in a storm, the urbicide of Metropolis as it is torn apart by the terraforming machine, the clash of heat visions from Doomsday and Superman, the Mad Max scenario where Batman fights rogue soldiers amidst a sandstorm and parademons, Wonder Woman flying down to save Batman from the energy blast, and even the glowing green head of the kryptonite spear as it is bayoneted into Doomsday.

No matter how much one may dislike the film, these kinds of images stay with a person long after they have left the theater. Actively working to create them was misunderstood as Snyder prioritizing art over storytelling. He was trying to create a visceral experience that would not be forgotten, and he did accomplish this.

6. It was geared towards fans over general audiences (for better or worse) 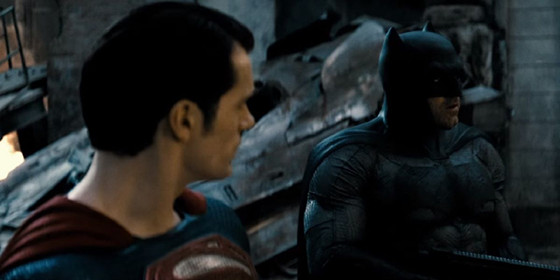 If you were a fan of the comic books, there were no doubt many moments in the movie that you recognized as being directly translated, or inspired, by something published in the comics: The Flash travelling back in time to warn Bruce Wayne was very reminiscent of a similar event in “Crisis on Infinite Earths”, Superman going into a self-imposed exile after Lex’s machinations result in the harm of numerous citizens around him was identical to something that transpires in “Superman: For All Seasons”, and an evil Superman killing people through crushing their chest is akin to the “Injustice” comic book series.

What all of these scenes share in common is that they were relatively confusing to general audiences. Zack Snyder and his coworkers were creating a film that was geared more towards the fans who have bought and read comics over the years, and that is not a demographic that is often respected these days.

Whether or not this was a wise decision, especially given the fact that general moviegoers are what bring in the most box office revenue, is for everyone to debate amongst themselves. But the concept should not be ignored.

7. It eliminated the need for origin stories

As pointed out above, WB/DC is trying to cash in on this influx in the superhero genre, caused in large part by the Disney Marvel brand. Contrary to what some DC fans will tell you, this is not insulting in the slightest, and everyone should be glad that the company is taking the initiative towards bringing some of the most iconic characters to the big screen, no matter the true motivation behind it.

One of the ways the DCEU is subverting the genre is through avoiding the production of solo films that build-up to the Justice League. By doing this, what the producers have done is avoid a pitfall that has been arising in the genre lately, and that is a fatigue with origin stories. Audiences are tired of seeing these, even amid superheroes that have not had appeared on the big screen, as they tend to follow a predictable blueprint that creates boredom over excitement.

To clarify, there are solo movies scheduled for Aquaman, Flash, Cyborg, and Green Lantern, but they will be taking place after the Justice League movies, meaning we will not have to sit through seeing how they got their powers. They can now have a bit of history and more confidence regarding the use of their abilities. We saw a brief example of this in “Suicide Squad” where Flash easily subdued Captain Boomerang. The same will be seen in future entries.

8. The night is darkest just before the dawn 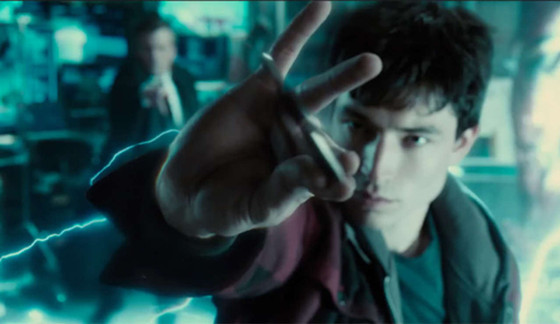 Comic book writers have been known to use the medium as a means for telling dark stories that often deal with real-life themes like drug abuse, crime, and sexual violence. Marvel was ironically the proprietor of this in the 60s-70s, but during the 80s DC took over with the publishing of “The Dark Knight Returns” and “Watchmen”.

Since then, DC has come under criticism for taking their characters into overly gritty settings, a criticism that was only recently addressed by DC CCO Geoff Johns. This has translated over into their cinematic properties, where Christopher Nolan’s “Dark Knight trilogy” as well as Snyder’s “Watchmen” and “Man of Steel” deconstructed their characters.

Justice League was always intended to be lighter- that was made clear by Chris Terrio before “BvS” was even released. But to go from “Man of Steel’s” tone to the lighter-fare that we will see in Justice League would not make much sense, because the world “Man of Steel” setup for the rest of the DCEU was not quite ready for a ragtag team of heroes. Instead, by going through the dark scenarios in “BvS”, and bringing these characters out of their grim states, a new society is created that wants vibrant superheroes.

In other words, people misunderstood the darker tone as the film overindulging in the morbid atmosphere of “Man of Steel”, when in fact it was paving a path for the more humorous Justice League.