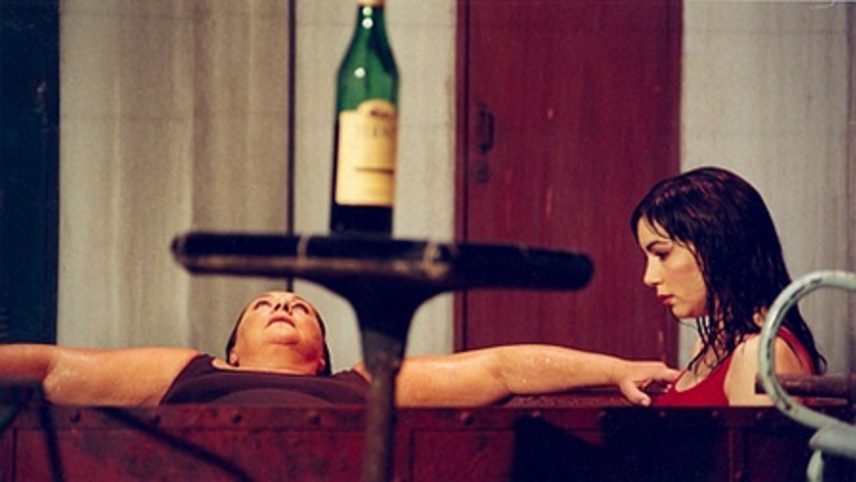 “You take the mask off to often. And you know what they say about that…”

Five women and not a single man in sight. Perla loses a position as Minnie Mouse mascot in an empty Luna Park, whose proprietress is her “best friend”. On daily basis, she visits unpleasantly white hospital, run only by a mysterious nurse, in order to cleanse her putrid blood. Her daughter Nena, born with one leg shorter, sells her body to (illusory?) clients for two gold coins. Madrina, their neighbor, finds solace in drinking wine and filling in prize tickets from bottles, hoping to score and depart…

The wondrous world of Monobloc is rife with nostalgia, depression, endless idleness and warped emotions, while unstoppably fading away. Which brings the question: Do the gals really exist or are they just their former lives’ echos, persisting between decrepit walls of the apartment block and sticking to the surrounding wasteland?

Their conversations hang at the edge of the absurd, as the evidence of their unreality, penetrating the zone of superconscious, impossible to rationalize. With splendid photography of hypnotizing browns, reds, oranges and yellows, Monobloc is pleasent to watch, while the gentle sobbing of strings caresses the ears. 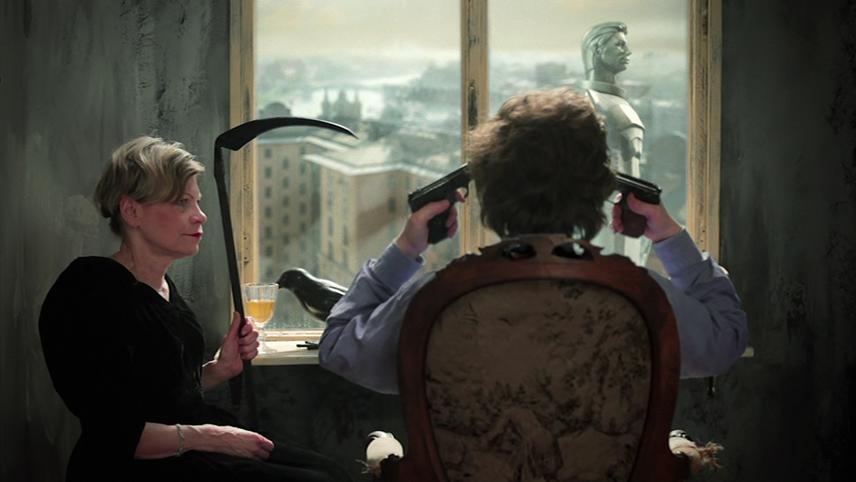 A few parallels could be drawn between Khamdamov’s career and the cursed Polish film from Inland Empire. His debut was never finished, with parts of it banned, and afterwards he made only two features – Anna Karamazoff, starring Jeanne Moreau, and the one hereinafter, dubbed “concert film” by director himself.

Set in (some alternate version of) Kazakhstan, Vocal Parallels (Vokaldy paralelder) is a surreal, female-centric “extravaganza”, with euphonious operatic arias interconnected by strange dialogues and soliloquies, signed by Renata Litvinova. Although it’s almost impossible to figure out its plot, this “musical fantasy” is, simply put, fascinating.

Rarely you see and hear sheep, horses and soprano in the same place, and as if that mélange wasn’t weird enough, there’s a dress made of tulle, newspaper and music sheets. Not to mention Degas’s influence, a clash of old and new in a yurt and a murder with apples that happens at one moment. Oh, and those beautiful Litvinova’s mannerisms. Nonpareil, not even with previously discussed Majewski’s and Schroeter’s entries. 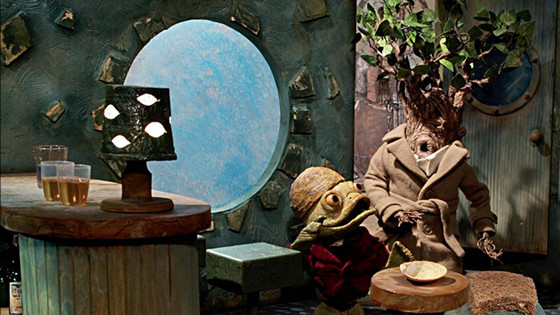 Another stop-motion gem follows a series of absurd and surreal parables, inspired by bohemian district of Žižkov in Prague. Usually unrelated, yet effective, “short stories” develop through one night, as the title suggests.

From the circus show with dead insects, through the ants sniffing scene and all the way to the giant breast attack, Balej amuses us with his deformed, yet superbly crafted marionettes, and demonstrates a twisted sense of humor at every turn. Episodic structure is built upon grotesque visuals of dirty colors and textures, and all the talk is replaced by mumbling, as in Barta’s The Pied Piper.

Great cinematography is credited to Miloslav Špála, who worked alongside Švankmajer on Darkness Light Darkness and Conspirators of Pleasure, while Tadeáš Věrčák brings whimsical score to the table. Whether their delirious game has a meaning or it’s just a test of audience’s patience is of no matter, as soon as you enter the home of donkey admirers.

We can only speculate whether Balej’s fragmented nightmare mocks human depravity, reveals the secrets no one would tell, or just comments decaying society. One thing’s for sure – those disturbing, pale-faced caricatures are what many people are hiding under their deceptive masks. 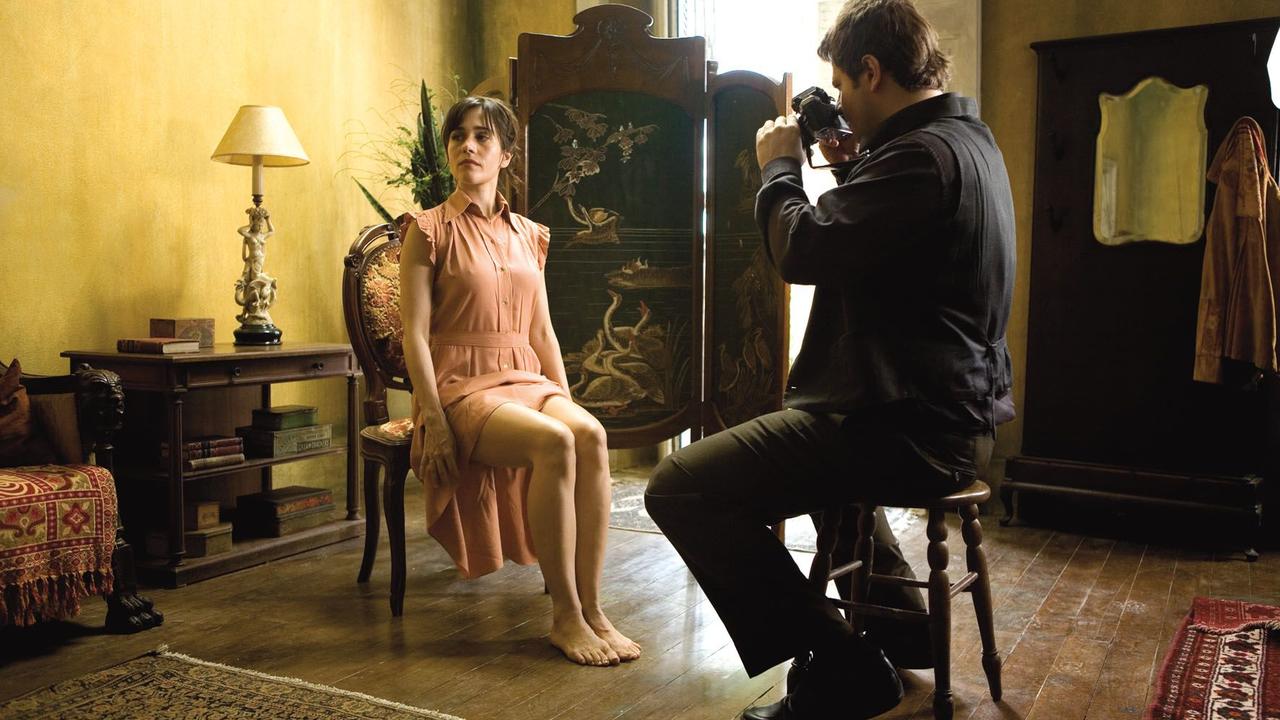 Two people meet at the graveyard. She faints, and he helps her and takes her to his home. Once there, he learns that she is a teacher, who has recently been released from a prison and has no place to go, since her father died. Their “dating” starts with a cup of herbal tea, continues through the game of dictation and notation, only to culminate with photo-sessions and the involvement of a rat.

From the fateful encounter at the beginning to the last shot, that is more like a question mark than a full stop, one gets the impression those two lost souls don’t belong to our reality. It is almost as if they exist in time and space not subjected to the laws of logic, somewhere at the margins of a perverse and dead dream.

With the rodent’s appearance, already supremely odd “romance” between the nameless ones becomes even more strange. The exploration of male-female relations is conducted through a series of enigmatic proceedings, leading to a darkly humorous finale. Dimly lit and claustrophobic “Lynchian” interiors are perfect environment for Bressane’s artistic experiment. 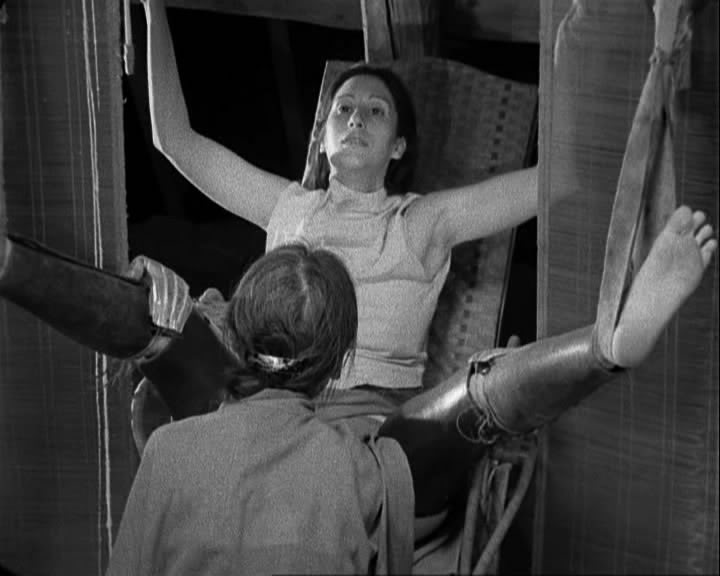 One should not judge the book by its cover, but in the case of Vermillion Souls, there’s an extraordinary film hiding behind a poetic title, and nonetheless directed by an elderly butoh dancer. Inspired by the tragic death of Iwana’s wife, the writings of Osamu Dezaki and Shuuji Terayama’s oeuvre, this genre-defying drama is a unique viewing experience.

Surreal narrative is set in post-WWII Japan and it follows young boy, whose dreams and realities collide in an old mansion, inhabited by a bunch of porphyria-stricken people. Iwana speaks of body and soul symbiosis able to make the impossible possible, while building his own system of symbols out of the shattered religious allegories. How the eccentric characters fit into it is revealed through their names and pseudonyms.

Ever ready to take a risk, Iwana takes a few idiosyncratic “forays”, like that hand penetration, in accordance with the butoh philosophy, grounded in taboo, absurd, extreme and grotesque. Spellbinding black and white cinematography, dilapidated locales adorned with peculiar details, and gloomily etheral soundscapes make for a superb audiovisual design. A dance performance by the frozen lake – unavoidable, given the author’s background – stands out as one of the most striking scenes. 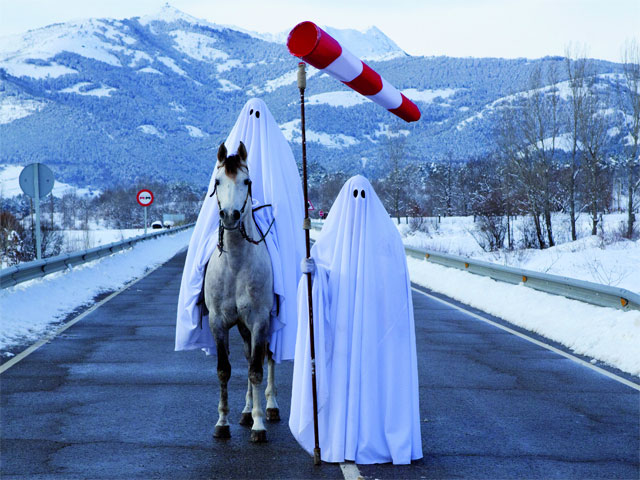 Melancholic euphoria – sound strange, but it best describes the feeling of watching Caballero Lecha’s “wicked”, mind-twisting debut. In the mélange of absurd dramedy, phantasmagorical road-movie and after death mystery, one might acknowledge either transcendental ideas that only appear in a flash, or an elaborate joke.

Two ghosts (guys under white sheets with eye openings) follow St. John’s Path, because they’re bored with roaming the purgatory. One of them goes on foot, the other occasionally rides a horse or a wheelchair, that randomly appear and disappear.

The characters’ appeal to the invisible Oracle of Garrel is the clear indicator of the director’s main role model – Philippe Garrel’s Inner Scar (La cicatrice intérieure). At the same time, Finisterrae is a well-intentioned parody of that 70s cult film and a silly beast of its own, that demonstrates an effectively ascetic approach to filmmaking.

Not once is it made clear whether Caballero mocks “artsyness” or if he’s deadly serious in applying it, while refusing to give any easy answers. Limiting dialogues to a bare minimum, while spicing them up with some deadpan humor, he puts you in a lightly meditative mood. And with a keen eye of his DP Eduard Grau by his side, he’s got many beautiful shots at hand.

20. Another Trip to the Moon (Ismail Basbeth, 2015) / Indonesia
Weirdness of the pagan kind 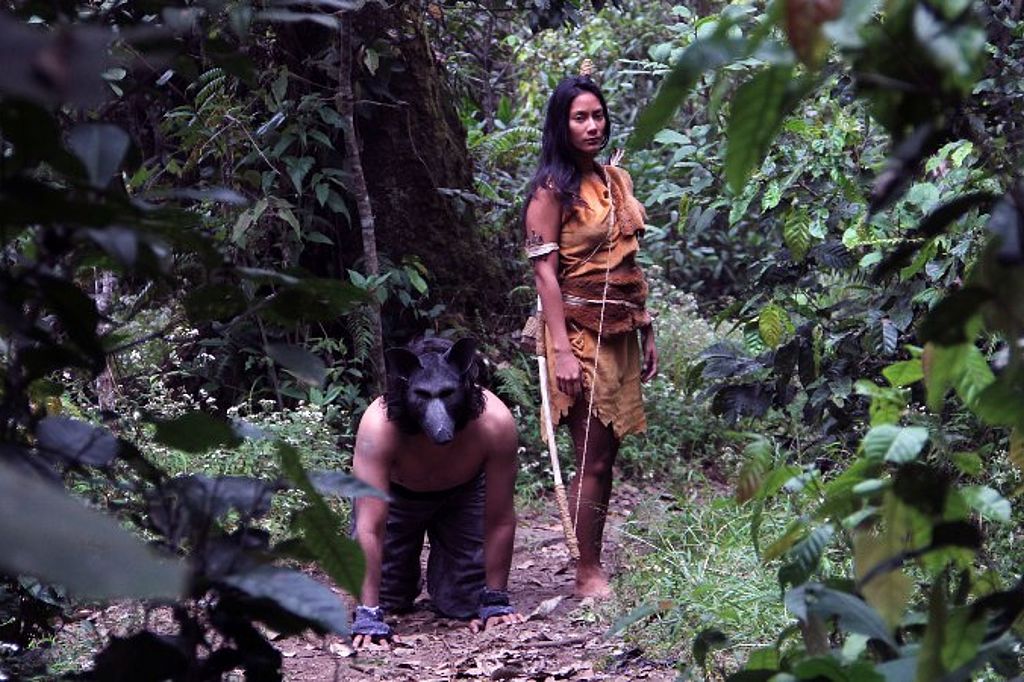 Deeply rooted in Indonesian legends of yore, Basbeth’s enigmatic feature debut deals with the universal theme of striving for freedom, but that doesn’t diminish its exotic nature. It sedates you with its long, predominately static takes, veiled in symbols and metaphors.

Gorgeous tableaus are submerged into a cocktail of ambient noise, soothing absence of words and delicate non-verbal chants, creating an intoxicating atmosphere. Additionally, the scenes from everyday life are raised to the level of a spiritual fantasy.

A primitive life of a heroine suggests that the story is set far in the past. However, a TV screen, mechanical rabbits and, later, modern vehicles, are not just random anachronisms. Those very objects that reflect the period of XX or XXI century serve in the process of gradually blurring the borders between the exuberant nature and confining civilization. Basbeth acts as a medium in a reality-dreams relation and applies the “less is more” principle, transforming his film into a deliberately paced ritual.