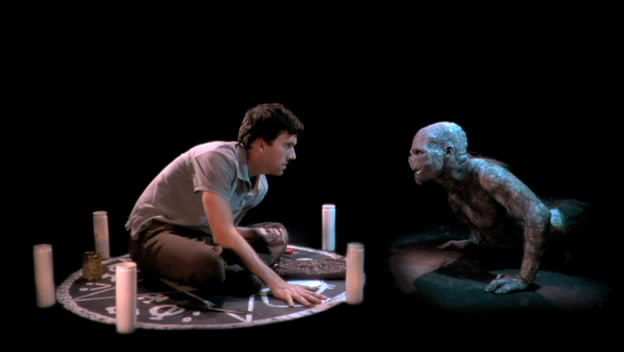 Travis Betz pops up for the second time on the list, this time with a romantic musical with a Faustian twist.
When a man’s girlfriend is kidnapped and taken to Hell by demons, he summons the well-spoken hellspawn Lo for answers. However, Lo has his own plans for the grieving lover – including making him his next meal.

Lo plays out like a stage play, which provides an intimate setting to focus solely on character and story. It’s heavy on drama, rife with tension, high on laughs, and even contains a few catchy musical numbers.

Furthermore, it’s a perfect movie for the unfortunate souls that have loved and lost: a very profound and touching experience for those of us who’ve ever had to nurse a broken heart. It’s also the perfect horror date movie to watch with your significant other. Horror can be romantic, and Lo is proof of that. 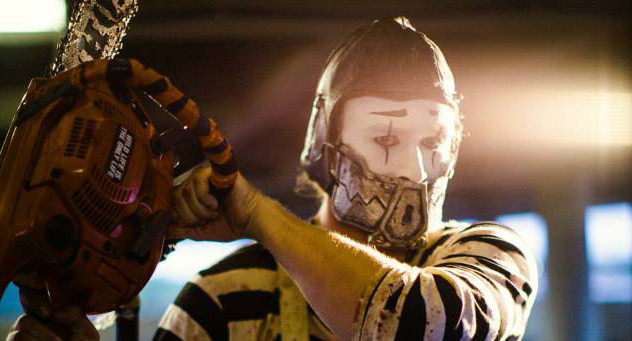 Billy Pon’s Circus of the Dead is not a movie for those who suffer from Coulrophobia. In fact, even if you aren’t afraid of clowns, it’s enough to put you off ever going to the circus ever again, as you don’t know who might pick you out of the crowd and decide to make your life a living nightmare just for the hell of it.

The film revolves around a family who become embroiled in the sick game of a group of serial raping, mass murdering clowns. After being tricked into giving their leader Papa Corn (Bill Oberst Jr.) the family address, a father is forced to commit a serious of heinous crimes in order to save his wife and daughters.

Permeating throughout Circus of the Dead is a warped sense of humor despite its nefarious content. It’s bound to leave many viewers laughing along with the shenanigans as much as it will have them reaching for the sick bag. Horror fans love villains, and with Circus of the Dead, Pon has created some of the meanest, most endearing baddies in recent memory. 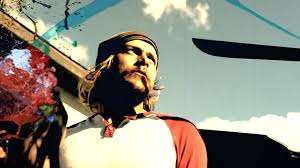 Franklin: A Symphony of Pain is a fever dream. It tells the bizarre story of the titular character as he recalls the horrific atrocities he was subjugated to at the hands of a cult. It walks a fine line between expressionism and exploitation, and its dreamlike sensibilities makes it one of the most captivating experiences in recent memory, akin to the dreamlike qualities of Gaspar Noe’s Enter The Void and the savagery of transgressive nasties like A Serbian Film.

The film is chock full of occult symbolism and references to other films. All of which have been blended into a melting pot that gives Franklin: A Symphony of Pain its own unique flavor. While there are direct nods to other sources, they don’t come at the expense of the films own originality. There aren’t many films out there you could compare to this nightmarish wonderland.

With Franklin, director Jeremy Westrate burst onto the scene making a statement, and with filmmakers like him around, the future of the genre is exciting. 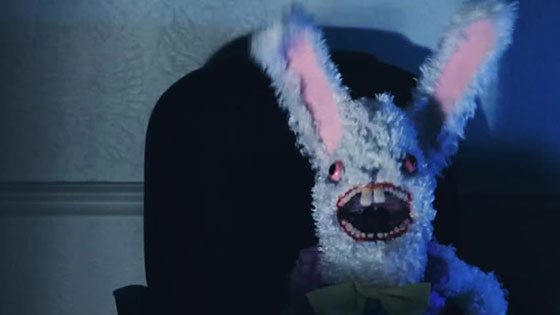 Easter Casket centres around Father Asher (Josh Eal), a warrior priest tasked with stopping The Easter Bunny from ushering in the apocalypse should he impregnate his chosen Catholic school girl. The Bunny is upset because the Church wants to do away with holiday rituals not pertaining to Christ, thus decides to stop the church from getting their way by massacring the clergymen responsible.

Dustin Mills really pulled the rabbit out of the hat with this movie. Despite being made for pennies, it’s a masterclass in homemade horror which bursts at the seams with creativity. Puppets and toys are used to great effect, exemplifying how you can do so much with so little. However, the films greatest strength is its story and just goes to show how far imagination and well-crafted mythology can carry a film.

Pieces of Talent tells the story of Charlotte (Kristi Ray), a down-on-her-luck aspiring actress trying to escape the shackles of her mundane existence. When she meets filmmaker David (David Long), she thinks her fortunes are changing – but David is a serial killer, and his movies are of the snuff variety. However, in-between killing off the community, David takes a shine to Charlotte and a heart-warming friendship forms – until it naturally implodes given David’s preoccupation with murder.

David is a memorable serial killer because he’s not portrayed as farfetched. For a start he’s very likeable and comes across as that lovably scruffy best friend you want to hang out with. That being said, it’s this demeanour that makes him so effectively chilling when he partakes in massacring. If The Dude from The Big Lebowski found his way into Henry: Portrait of a Serial Killer, it would turn out something like Pieces of Talent.

This is a masterpiece of independent horror cinema and it’s only a matter of time before director Joe Stauffer becomes a known commodity. From a production value standpoint, it’s on par with horror films that have a substantial budget, which this did not. 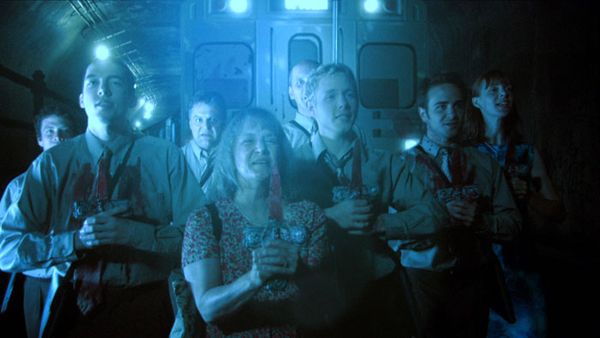 The career of Maurice Devereaux is an upsetting story. Just when you think he’s about to take off, his career stalls and he disappears for years. After the outrageous reality TV satire Slashers in 2001, he seemed primed for bigger things. However, he’d go AWOL for six years afterwards until he made a mighty comeback with End of the Line – a fanatical thriller which garnered much critical acclaim and seemed like the breakthrough film he so rightfully deserved. Unfortunately, it wasn’t to be.

The film follows a group of people trapped in a subway station who must survive a cult of murderous religious fanatics, supernatural horror, and the impending apocalypse… supposedly. It’s a masterclass in tension, edge-of-your-seat thrills and unpredictability, and it’s a damn shame that this might be the last film the director ever makes.

This is the type of movie that would catapult most other directors and it’s absolutely criminal that filmmakers this talented and original are stuck in limbo while so many hacks enjoy prosperous careers. Hopefully this is not the last we see of Devereaux, but if it is, he at least went out on a high. 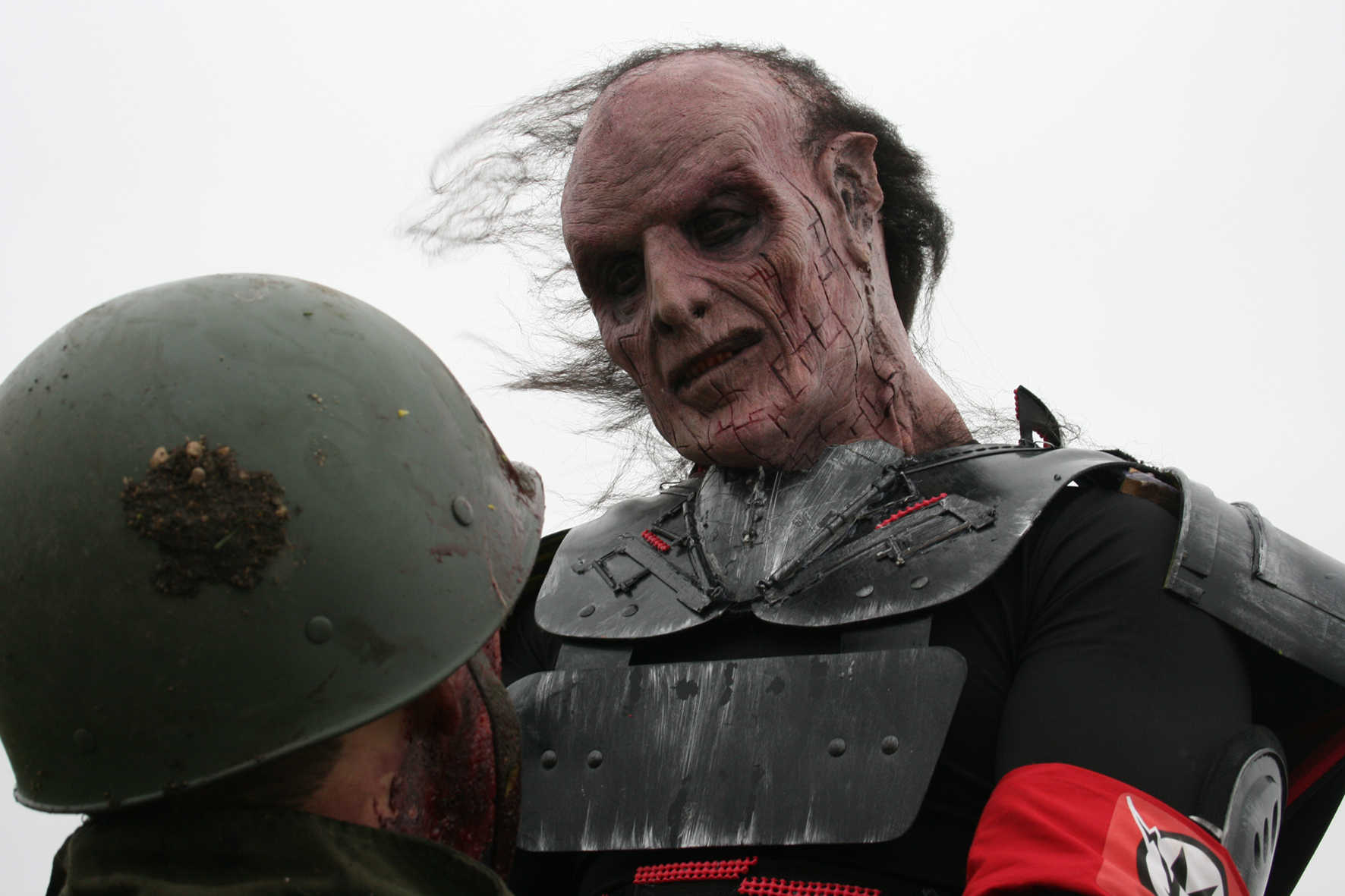 Manborg is one of the greatest movies of all time. If you grew up binging on all things horror, science fiction, and action of the straight-to-video variety – and still haven’t come close to growing out of it – then this is a film after your own heart. The Astron-6 collective have garnered a huge cult following through their loving parodies of the cult cinema of yesteryear, and if you talk to any fans, they’ll concur that the fandom borders on idol worship.

Set in a dystopian future, Manborg tells the story of a soldier brought back from the dead as a cyborg to wage war against the demon hordes, led by the evil Count Draculon, who now rule society following a great war between Hell and Earth. Joining Manborg is a band of adventurers made up of 80s action movie archetypes.

Made in a garage with an estimated budget of $1000. Manborg is inspirational, especially to aspiring genre filmmakers. The special effects are charmingly cheap and campy, but intentionally so – but they look outstanding when you consider just how little they had to work with. Some of the best horror movies are about a group of friends pulling their resources together and seeing what they can come up with, and Manborg is the cyborg manifestation of DIY filmmaking at its finest.