Darren Aronofsky’s metaphysical The Fountain casts Hugh Jackman and Rachel Weisz as a couple united by tragedy, servitude and some mythical connection that far trespasses time and place. They’re queen and subject in the past, husband and cancer-stricken wife in the present, and finally he’s a lonely space traveler seeking to unite the tree of life and a dying star in the future. The Fountain took many years to make, which makes it even more frustrating that it was unjustly ill-received by critics.

Granted, it’s not Aronofsky’s best movie, and it certainly represents a break from his more cynical approaches to previous stories, but it’s still a beautifully crafted movie with a complicated, important message to convey, be it emotionally or rationally. Not unlike what happened with Aronofsky’s Noah, it seems that the public and the critics don’t want the writer/director to feel hopeful, or faithful, with his carefully made films.

Charlie Kaufman’s classic sci-fi love story, Eternal Sunshine of the Spotless Mind stars Jim Carrey and Kate Winslet as two lost souls in a cold world that find each other, and then get lost in each other, and then chose to forget all about each other (through the services that one company provide to do just that). It’s an unconventional love story that Kaufman and director Michel Gondry tackle with gusto and the right dose of surrealism.

It’s heartbreakingly sad while also being somewhat hopeful, a familiar bittersweet taste everyone who has ever gone through a break-up should know all too well. Eternal Sunshine is as its best when it take the relatable aspects of its what-if premise (who wouldn’t want to forget their exes forever?) and turns them on their head, showcasing the power of memory and the importance of our scars to compose who we are. 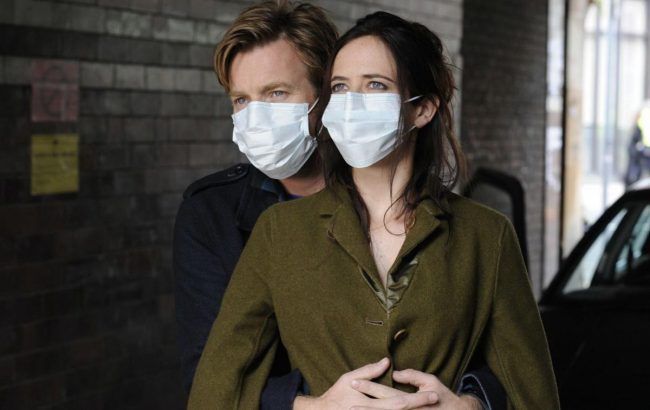 Probably the one on this list that looks less like science fiction, David Mackenzie’s Perfect Sense is nevertheless a sci-fi story. It tells of a world in which humanity slowly starts to lose each and every one of the five senses, losing their contact with the world and those around them in a more radical and definitive way to interpret the modern times, in which humanity feels more disconnected with itself than ever.

Amongst this desolate scenario, Kim Fupz Aakeson’s script tells of two traumatized people finding each other and facing this epidemic largely together, even though their past mistakes and deeds might make them unfit to truly love each other. Through Ewan McGregor’s and Eva Green’s spectacular performances, Perfect Sense finds a sense of hope among the ruins of our (literally) perceived humanity.

Wall-e is Pixar’s masterpiece. It was in 2008 and it still is. Andrew Adamson’s deeply felt homage to mute cinema greats in the first half is poetic and brilliant, but it’s when fellow robot EVE comes along that the film comes to life as a love story overcoming great obstacles. It’s not an innovative story per se, but it adds charm and wonder when it decides to concentrate in the connection between two robots.

One of the most beautiful scenes in it is when the human ship’s pilot is starting to learn long-lost things about humanity through his computer. As he asks “computer, define dancing”, we see Wall-e and EVE engaging on their own playful dance outside his ship, floating through space with grace and rhythm in a way only Pixar could pull off. Its uniqueness is in the way it teaches about love through artificial intelligence while imagining a future in which humanity has forgotten what that was all about.

Spike Jonze’s heartbreaking and thinly disguised meditation on his own divorce, Her is a science fiction that very discreetly registers with the genre, combining amazing production design work with cinematography to create a future world that is believable, weird, fascinating and understated, all at the same time. At the end of the day, however, Her is a love story between man and machine, or better yet, a love story about the nature of love stories.

When the film shows us Theodore (Joaquin Phoenix) falling in love with his new operating system, called Samantha (voiced by Scarlett Johansson in the best performance of her career), it’s really showing us the progressive arc of every love story ever. It’s somewhat cruel that it includes that moment when one of the lovers moves on (“I’m yours, and I’m not yours”) because it simply feels more natural to.