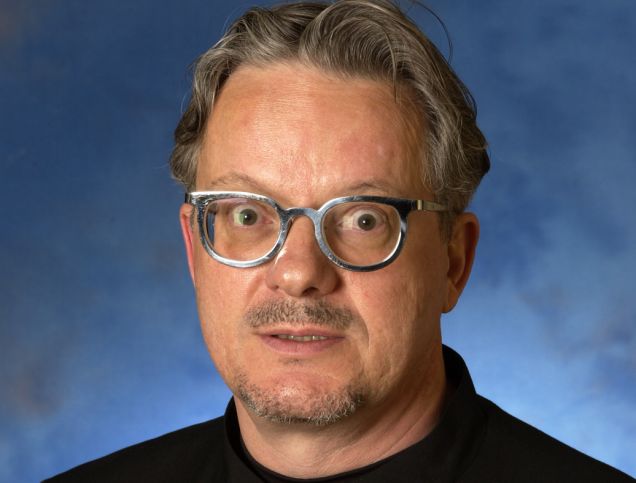 The Star: Tearing up the music (and fashion) scene in the late seventies and early eighties and being one of the dominating forces of the early MTV due to their surplus of cheap, commercial music videos, Devo was a pyramid-hatted force to be reckoned with for many years with many more hits than just “Whip it Good” keeping them a float.

The Score: After the breakup of the group, Mothersbaugh, (one of a pair of siblings in the band) went his own way and followed his video roots that had helped excel Devo to massive heights by beginning some work as a television composer. His first major credit came in 1991 providing the score to the children’s animated series Rugrats which utilized his very eclectic talents for another thirteen years.

While working in TV and doing the odd film, Mothersbaugh ran into a young filmmaker in Texas in the mid ‘90s by the name of Wes Anderson and agreed to score his debut film, Bottle Rocket, which James L. Brooks produced. After that Mothersbaugh stayed on with Anderson adding an extra level of quirkiness and splendid strings to his first four films, from Bottle Rocket all the way up to the Life Aquatic with Steve Zissou in 2004 which called back to Mothersbaugh’s very prog-rock and synthy past while also showcasing some of his best big screen work at the same time, and quickly became an integral part to what is now considered a hallmark of all Anderson films. 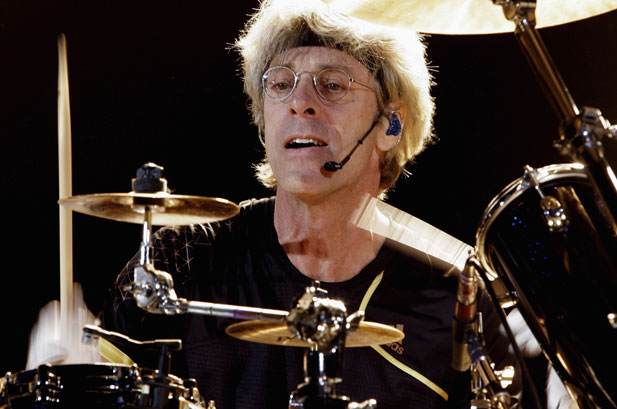 The Star: Stewart Copeland is quite the oddity on this list yet he shares quite a bit in common with everyone else none the less. Copeland stepped into the spotlight right behind Sting and Andy Summers in the revolutionary English group, the Police providing a plethora of syncopated beats to enchant fans of all genres.

The Score: But unlike any other musicians on this list Copeland came from a solely rhythmic background and was not a singer or guitarist or pianist and had very little comprehension of notes. But clearly, that did not stop him.

In 1983 Copeland was approached (once again) by legendary filmmaker Francis Ford Coppola who had heard many Police records through his kids Roman and Sophia (soon to be big name filmmakers themselves) to provide the soundtrack for Coppola’s surreal adaptation of S. E. Hinton’s novel, Rumble Fish, after Coppola’s previous composer backed out/was fired.

Coppola gave Copeland and a producer free range in a studio to come together and create whatever they could, however they could with the object of scoring Rumble Fish solely with percussive instruments. After nearly a month of experimental drum tracking and laborious audio looping (back on the days of tape and razors) they presented Coppola with not only a superb score but one of the most important and rule-breakingly effective pieces of music ever put to film. Copeland continued this new found career through Wall Street, Talk Radio and even the now cult 1997 Nickelodeon comedy Good Burger. 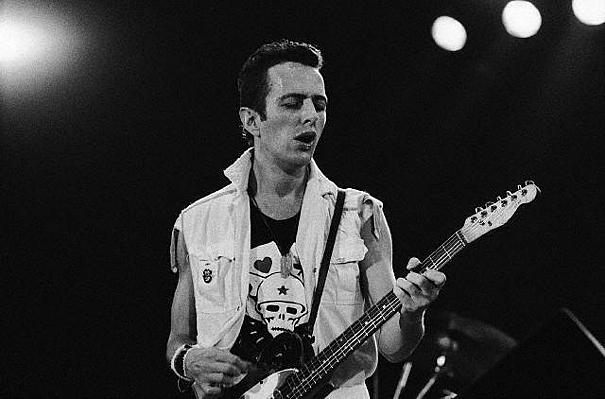 The Star: An international, telecaster banging punk with a political agenda, Joe Strummer was the massively iconic front man of the “Only Band That Matters” (at least according to their promotional material); The Clash. Strummer not only kept punk raw for the seven years the Clash were around but infused it with political messages and various genres from club jazz to dub reggae but after three massive records and one huge (misunderstood) flop and just a little bit of inner band squabbles the group broke apart and each went his own way.

The Score: Leaving Strummer to go straight into the arms of new found friend and filmmaker Alex Cox whose debut cult punk comedy, Repo Man, premiered the same year the Clash folded. Cox collaborated with Strummer (and Pray for Rain) on his next film, the hugely successful 1986 punk rock bio-pic Sid & Nancy which shot Gary Oldman to stardom and only kept Cox’s star on the rise.

Cox’s follow up, another biopic about the all but forgotten American general and tyrant William Walker, saw Strummer joining Cox on set in Nicaragua (which was in the middle of a civil war at the time) not only playing a very comic, bearded cameo but also as the film’s sole composer of what is now considered a quite legendary score (even if the film did bomb at the box office) all focused around original, acoustic instruments that would have actually been used in the 1800’s.

Strummer truly shines at the end of the film when the juxtaposition of a whole village being burned asunder in the night and Strummer’s delicate piece “The Brooding Side of Madness” create a hypnotic atmosphere that keeps you glued to your seat and the action on the screen. Though Walker failed at the box offices and got Cox all but kicked out of Hollywood, Strummer was still a hot commodity and also famously scored the 1997 John Cusack dark comedy, Grosse Pointe Blank before sadly dying of a heart attack only five years later. 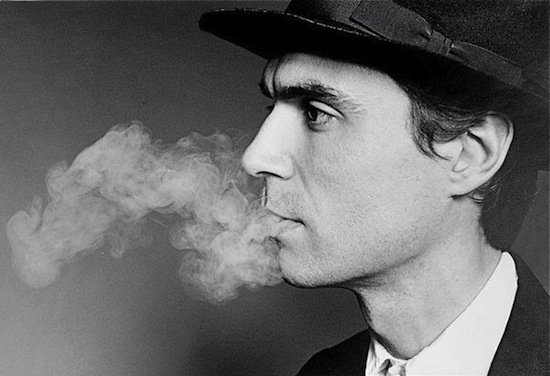 The Star: David Byrne, lead singer of the Talking Heads, the man in the giant suit, they Psycho Killer himself. Byrne is an immensely talented man in a million different aspects that it’s hard, even if you’re not a fan of his band or his music, not to respect what he does and how he does it.

The Score: Now, David Byrne wasn’t asked by a directed to come score their film (though he did do that from time to time) he started by writing, directing, producing, scoring and acting in his own film/musical True Stories in 1986. After the group’s huge success with their concert film Stop Making Sense, directed by Jonathan Demme in 1984, Byrne was practically on top of the world and had all doors open to him and after taking a massive high road and directing and scoring his own (successful) film he then worked with famed Italian auteur Bernardo Bertolucci on his Oscar-Winning epic, The Last Emperor. Byrne also popped up a few years ago for another Italian director, Paolo Sorrentino for his first American film, This Must Be the Place (which also just so happens to be named after a Talking Heads song. What a coincidence). 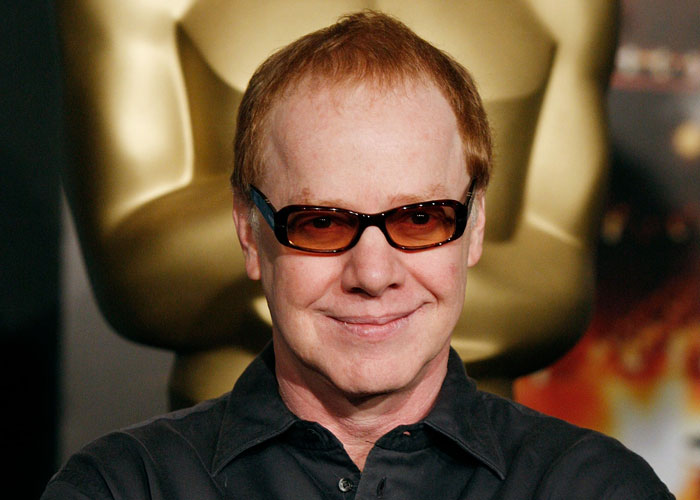 The Star: Remember the band Oingo-Boingo? The Weird Science theme? Little Girls? Not exactly a one-hit wonder of the eighties but not exactly one of the largest benchmarks of the times either, despite their wonderfully up beat and exceedingly well crafted songs. Well the man behind those eccentric bubble-gum pop hits was none other than four time Oscar nominee Danny Elfman. I never made the connection either, it’s okay.

The Score: Elfman is probably that rare case of his score work actually overshadowing his original work as a “rockstar” but for a man whose in the same league as Hans Zimmer and Philip Glass it’s not much of a surprise.

Elfman took to the screen alongside soon to be house-hold name of weirdness Tim Burton with Pee-Wee’s Big Adventure and even scored the television show that it spawned from. Speaking of TV, one of Elfman’s biggest credits to date is his wonderful tri-tone oriented score to the classic animated show the Simpsons which still runs strong to this day.

Elfman continued his work with Burton creating epic scores to the newly dark vision of Batman and even working on very delicate scores for indie directors (at the time) like Gus van Sant. And he’s still working strong today pumping out score after score (including this year’s big hit, American Hustle), though based on his previous history he clearly doesn’t need to in any way. He just loves it so much. And besides, he is the master.

Author Bio: Drew Phillips is an amateur filmmaker, local recording artist and high school senior in Indianapolis, Indiana. His passion for film has brought him many places and next year will be taking him to Columbia College of Chicago where he intends to study filmmaking and music theory.