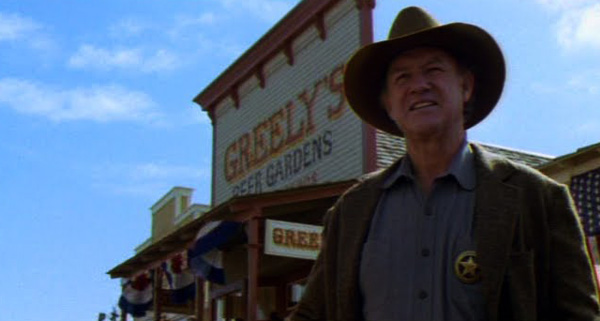 Gene Hackman has always been a very versatile actor, but it seems that he especially gets his kicks from playing bad guys, as demonstrated in this small masterpiece by Clint Eastwood. His character, Little Bill, is a ruthless, brutal and vicious sheriff, who, on one hand, doesn’t allow guns nor criminals in his town of Big Whiskey, but on the other hand, is very abusive and cruel towards prostitutes, newcomers and enemies.

A skilled gunfighter, he meets his match when confronted with a reformed killer played by Eastwood. His laughter is always cynical, he is his own judge and executioner. He doesn’t have any innate sense of justice, and he builds himself up by knocking down English Bob, while mocking his self-promotion at the same time. A greatly built and greatly performed character which shows that not all the sheriffs are good guys with white hats. And who could show it better than Gene Hackman?

Joe Pesci’s fast-talking manner fit him like a glove for the role of Tommy DeVito, a short-tempered gangster who doesn’t like to be called funny. In Henry Hill’s own words, it was a 90-99% accurate portrayal of the notorious gangster Tommy De Simone. Pesci’s power of transformation is really a joy to behold, he changes his mood from joyful to infuriated in a matter of seconds. Take the famous “funny“ scene where you can see that he is actually angry while he is joking with Henry (Ray Liotta).

His Oscar for the Best Supporting Actor was really a no-brainer, you can see while watching a movie that he really did his best to be as convincing as possible. Violent, profane, deranged and always ready to kill, he is a typical gangster of the time, but Joe Pesci gave such a haunting performance that you have to think that he put a lot of himself into it, even though you would say that a mad mobster with a dark sense of humor is not exactly his usual kind of role, but he did the job of his career in this one.

This movie was the beginning of a stormy and sometimes violent professional relationship between Klaus Kinski and Werner Herzog, which lasted for 15 years.

Being an extremely volatile and unstable man himself, Kinski was the perfect choice for the role of the mad conquiztador, interested only in finding the treasure of El Dorado, no matter the price. His obsession drives him to the edge of sanity, and it is fantastically portrayed by Kinski, who gives a harrowingly masterful performance in this nightmarish masterpiece.

His Don Lope de Aguirre is central for the devastating character study of human nature and the destructive influence of greed and obsession on the man himself and everything that really matters. The entire movie is amazing, but its main protagonist (and antagonist, at the same time) carries it, and it is truly fascinating to watch the process of losing a soul and his complete dehumanization.

The phenomenal portrayal of the xenophobic and violent gangster by the fantastic Daniel Day-Lewis stole the entire show. His performance was the best thing in the movie. Famous for his methodical approach Day-Lewis used his accent even off the set, but was also working as a butcher for six months before the filming began.

He does a marvelous job by lifting his character above being one-dimensional. He is a knife-throwing, moustache-twirling villain, no question, but he shows recognizable touches of humanity, adding him depth and complexity.

While the plot of the movie is quite predictable, it is Bill the Butcher who drives the story forward pretty smoothly. Even though the viewers know they are supposed to hate him, there are some moments when they can develop a strange liking towards this character. Daniel Day-Lewis was nominated for both an Oscar and a Golden Globe, and won the BAFTA award for his stunning work. It was worth returning to acting after seven years because of that.

Peter Lorre, who, prior to this movie, was mostly a comedic actor, was extremely excited to play such a big role, but, afterwards, he came to hate it, for people associated it with him in real life. That fact actually shows how well he did his job. He nailed an extremely challenging role, giving a truly captivating performance as a tormented child murderer, who introduces himself by whistling “In the Hall of the Mountain King“.

The wonderful script made it possible for Lorre to portray Beckert as a three-dimensional character who is not a killer by choice, but by sickness of compulsion, even managing to draw a bit of compassion for him. That’s why this portrayal, as well as the movie itself is well ahead of its time, and looks fresh and original, even after more than eight decades.

There aren’t many unfamiliar things about this iconic, over the top performance by Al Pacino, which defined this film as one of the cult classics of the eighties. Although it is a typical rags-to-riches story, Pacino succeeded to make his character multi-layered, and make the viewers understand his actions very well. Great ambition leads him to even greater power, with obsession and greed in the way.

From confident advances towards the lady of his boss, to cocaine-crazed fits of rage, Tony Montana is a dominant figure throughout the entire movie. Ironically, what causes his ultimate downfall is not drugs, nor avarice, but the overprotective relationship with his sister and a code about not hurting women and children. When you are as deep into the world of crime, you can’t afford being sensitive. His character made this film a cult classic, even though it is actually a remake.

There’s no director who understands evil better than Roman Polanski. It can be seen in this brilliant neo-noir, which has the world-class director John Huston playing the main villain. Evil hides where you expect it the least – Huston’s Noah Cross is a well-respected and well-connected businessman, wealthy and powerful, highly appreciated in his community.

What we don’t see is that he is actually a sick, perverted pedophile who ruined his daughter in every possible sense and murdered his son-in-law. The most frightening thing about him is his absolute self-confidence and knowing that no one can come near him – “You may think you know what you’re dealing with, but believe me, you don’t“.

The deep, disturbing voice of John Huston contributes to the scary effect even more, and his character shows us an unpleasant truth about monsters protected by money and power they have. That’s why Noah Cross is extremely important, to remind us of the existence of such people in our society. 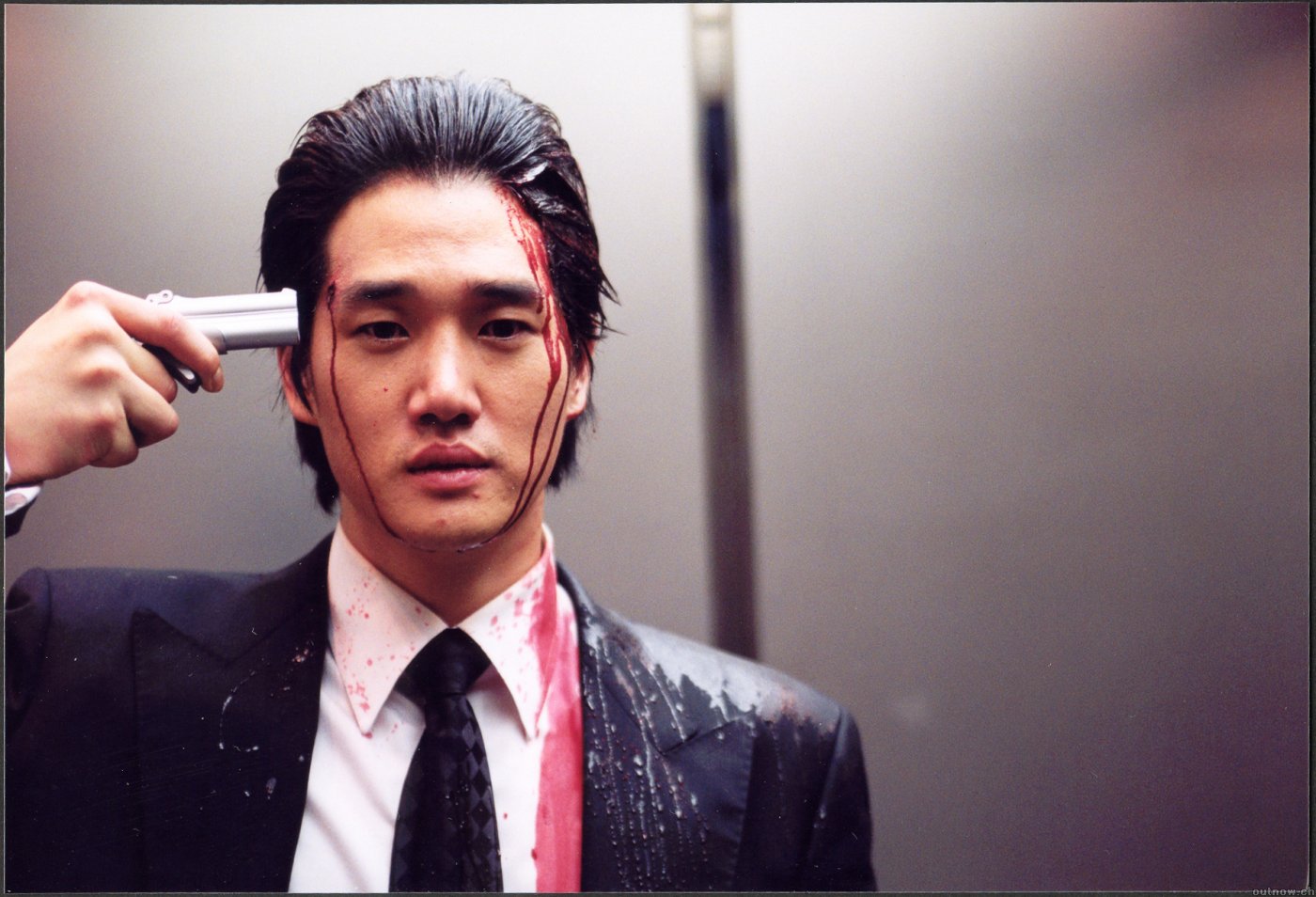 The young actor Yi-Tae Yu handles the complex role of an avenger magnificently. The reason of his revenge may seem trivial to some viewers, but he takes it very seriously, and is prepared to go to unimaginable extremes in order to carry it out properly. He is probably one of the most patient villains you will ever see, which makes him even more menacing. On the other hand, he is far from an impersonal, cold-blooded and unfeeling killer, because his anger and vindictiveness originate from a personal tragedy.

That’s the precise reason why fulfilling of his masterful plan, which unfolds better than he could have ever imagined, ultimately doesn’t bring him satisfaction. This character is created to be hated, yet, somehow, after all, you will probably feel at least a little sympathy for him. There lies the greatness of this acting creation.