Taste of Cinema - Movie Reviews and Classic Movie Lists > Features > Industry Insights > Dr. Harford Or: How I Learned To Stop Worrying And Love The Masks 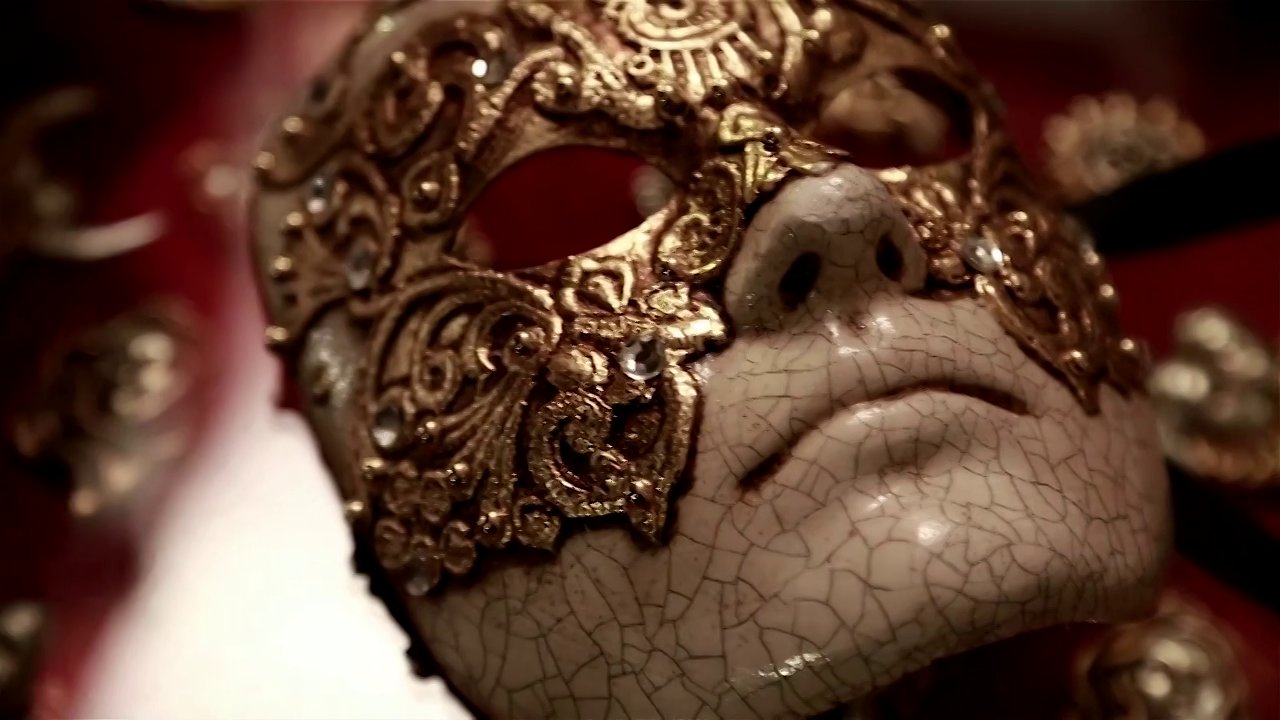 These masks represent characteristics that are normally hidden from society. As Cecamore says the Mysterious Woman uses a mask that he named “Inca mask”, because he was inspired by Inca witch doctors. So we can say that the Mysterious Woman put a spell on Bill in a figuratively and literally.

Franco Cecamore is the creator of the main mask of Eyes Wide Shut. Now you can listen his incredible story. The filming of this documentary was conducted on two separate occasions in Venice. The decision to make a second trip was motivated by a fact, the model used for the mask worn by Tom Cruise wasn’t a man but a 28-year-old Viennese girl named Gabi, aka Gabriel Jallits, and Franco Cecamore agreed to show us her photos so we can put the new material in the film.